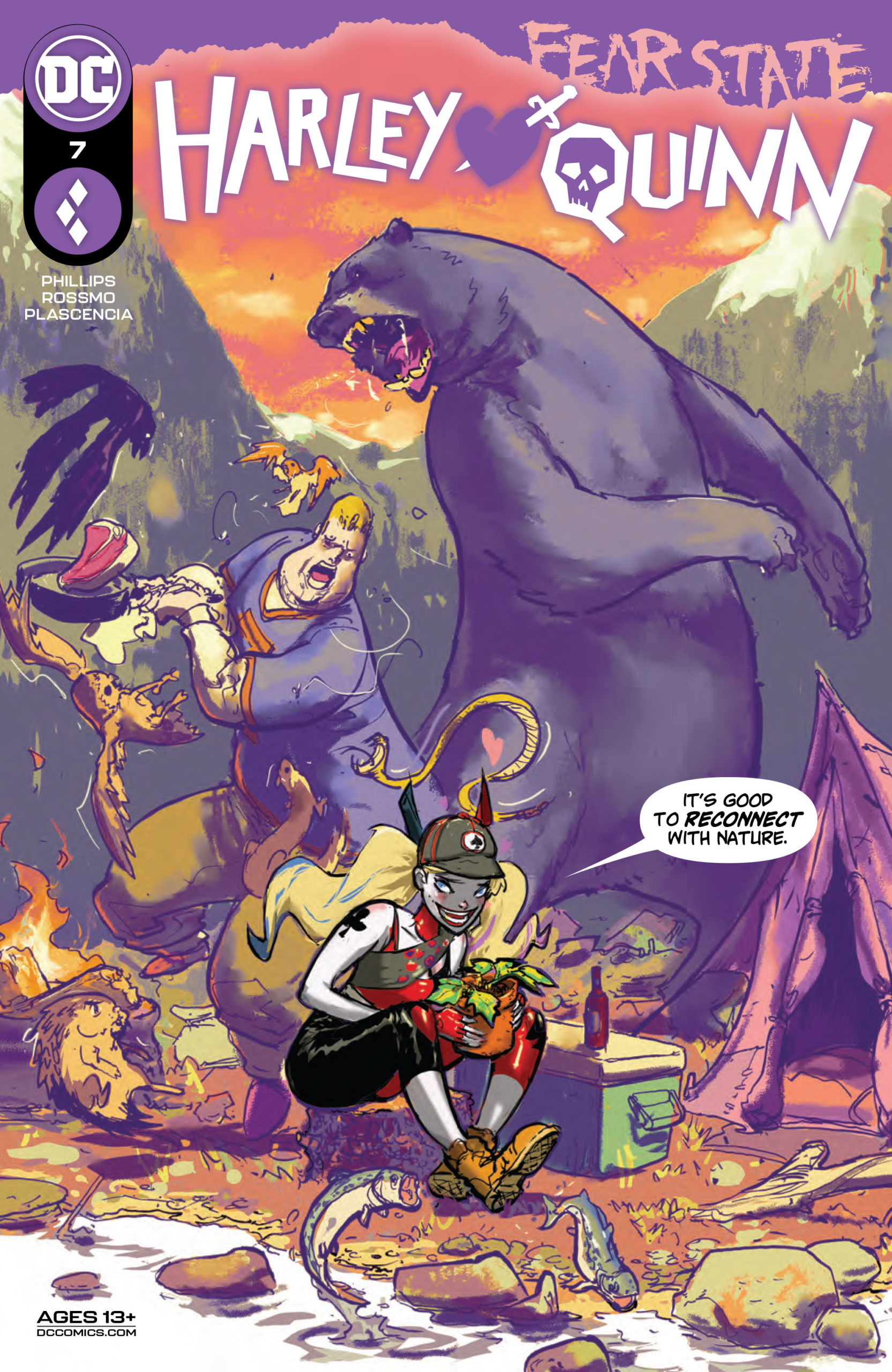 Harley Quinn #7 is upon us and with it comes the beginning of “Fear State”. The ongoing series and the annual have led us to this point and discovering what plan Keepsake has been plotting in the background.

It’s Good To Reconnect With Nature 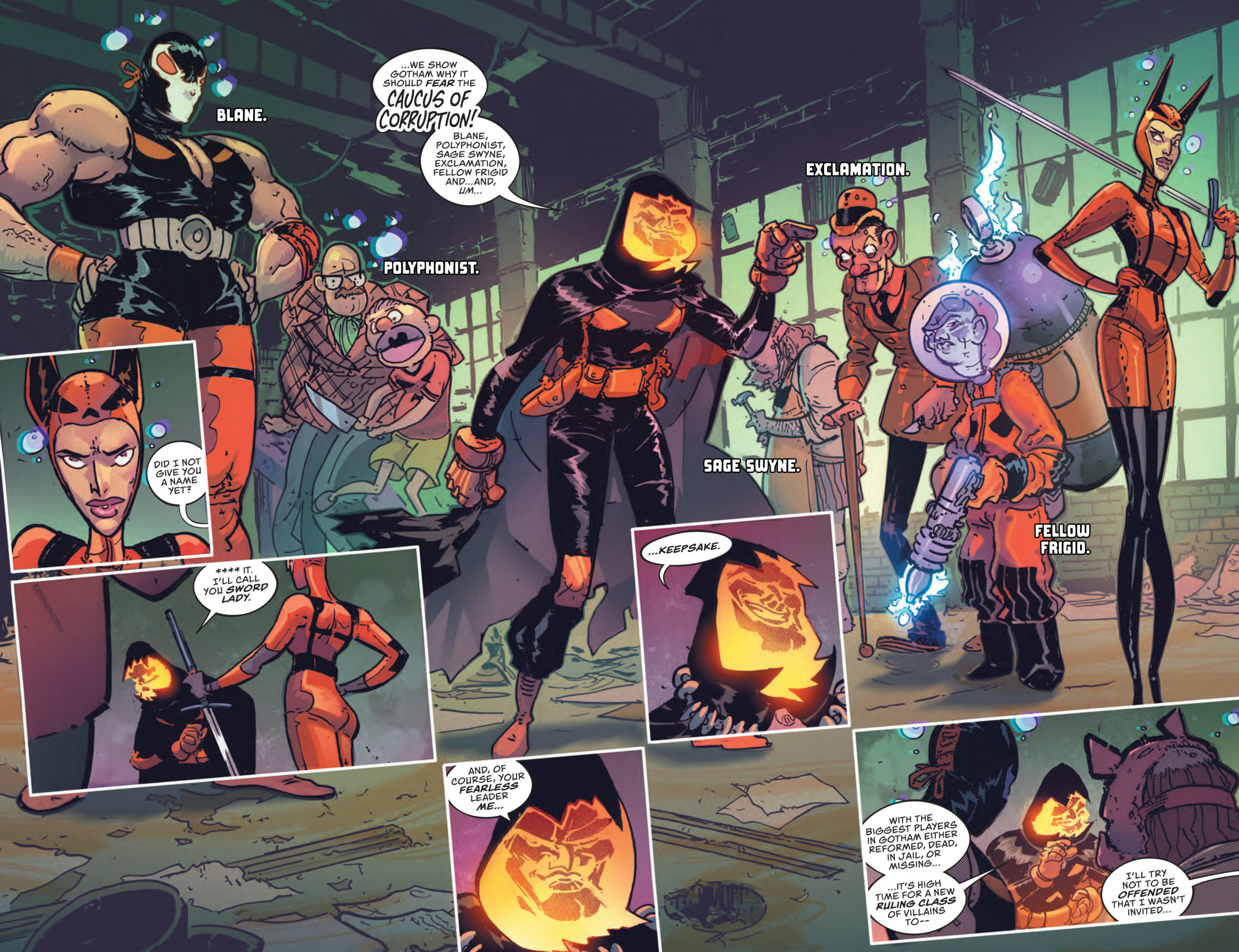 A meeting of the Caucus of Corruption has conjoined, it’s members consisting of Blane, Polyphonist, Sage Swyne, Exclamation, Fellow Frigid, Sword Lady, and of course led by Keepsake. The topic of conversation is the fall of Gotham City, utilizing the fear toxin and the drugs and amplifier that Keepsake is using. The party is crashed by Hugo Strange, who tells the new villain that the key to taking over Gotham is Poison Ivy… she just needs a very specific clown trigger.

Speaking of our beloved Harley Quinn, she’s on a retreat with her support group in the middle of the woods. She quickly learns that meditating is not for her, and she receives a lesson involving Kevin and a lost pug named Waffle. That isn’t the only lesson she learns on the retreat, as someone shows up with a message for her, one that answers some of the worries in her head.

In this introduction to “Fear State” the atmosphere is set beautifully by writer Stephanie Phillips, and the art team. The tension is felt immediately in scenes of the city entrenched in chaos, as riots and the greed of man rears its head. The stark contrast between the world of chaos Keepsake craves, where the citizens “fear the heroes they have left”, and the bright and vibrant world of the retreat is exquisite. Even Harley makes a point to mention what Gotham has done even to her, in part.

From the Caucus of Corruption to the lead in for what will be the grand stage for what is about to befall Gotham City, Harley Quinn #7 whets the palette and keeps readers craving more. The covers are brilliant as always, and the artwork between Riley Rossmo and Ivan Plascencia for the issue is worth every penny.

I cannot wait to see what this arc holds for the heroes and villain of Gotham, and am looking forward to Harley Quinn #8!