McFarlane Toys have revealed their action figure line for The Batman.

The new range features Batman, Catwoman, and The Riddler in their movie-inspired costumes. There’s also a special deluxe Bat-Cycle set from the upcoming film.

Every character figure comes with one accessory, a standing base, and a collectible trading card. Batman comes with his grappling hook, while Catwoman has her whip. The Riddler has… something. It looks like a flat hand shovel. What exactly it is or how it is significant to the Riddler’s character remains a mystery. It’s probably one of those things that fans will not understand until the movie premieres in March 2022.

Each character figure is 7 inches tall and boasts up to 22 points of articulation. 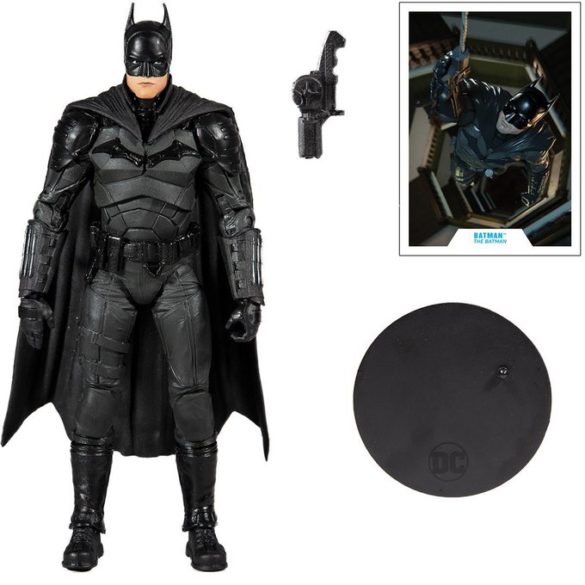 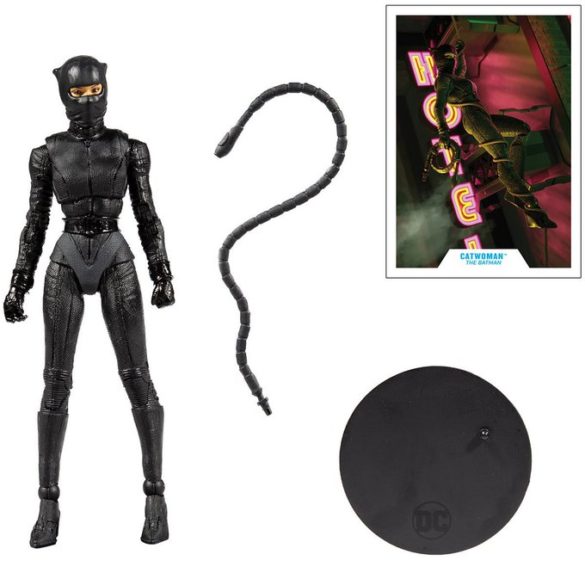 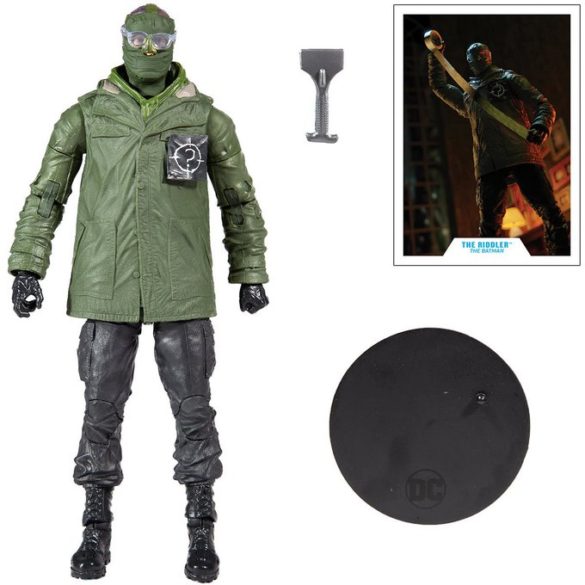 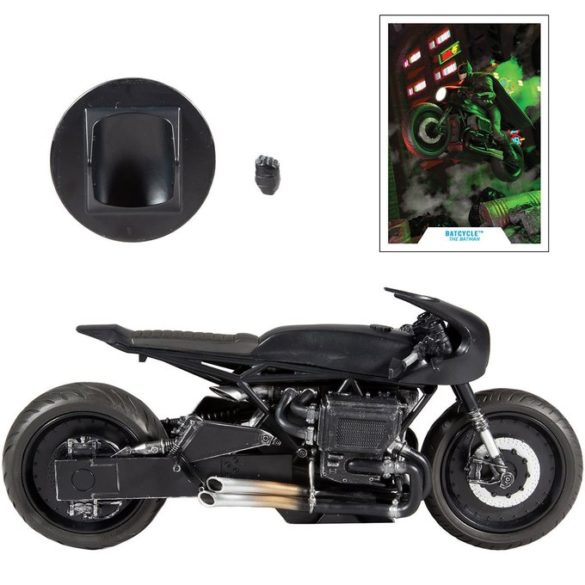 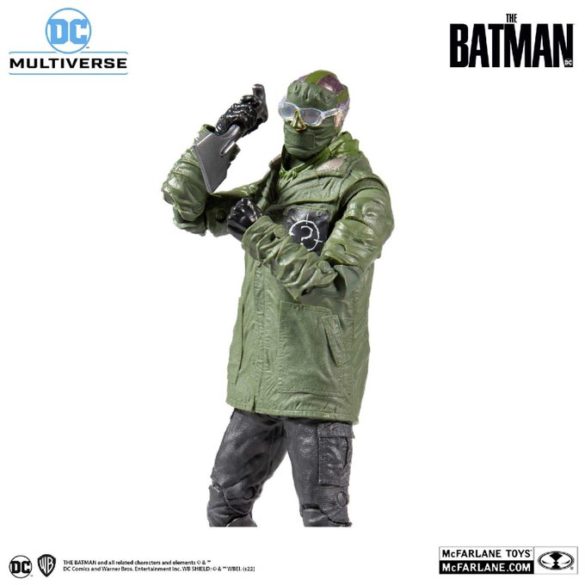 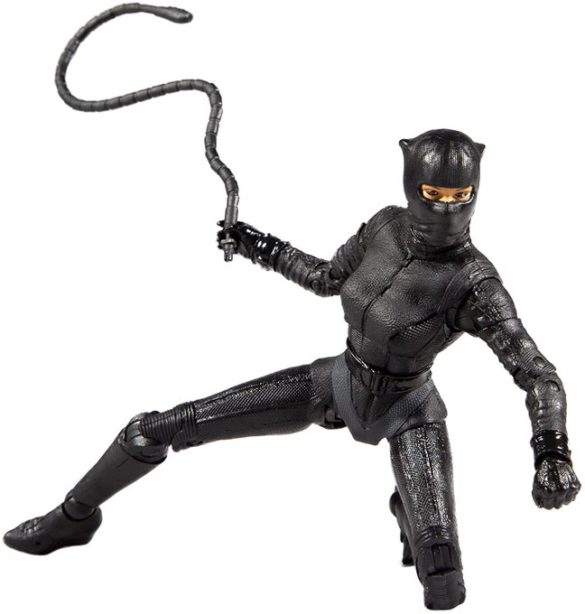 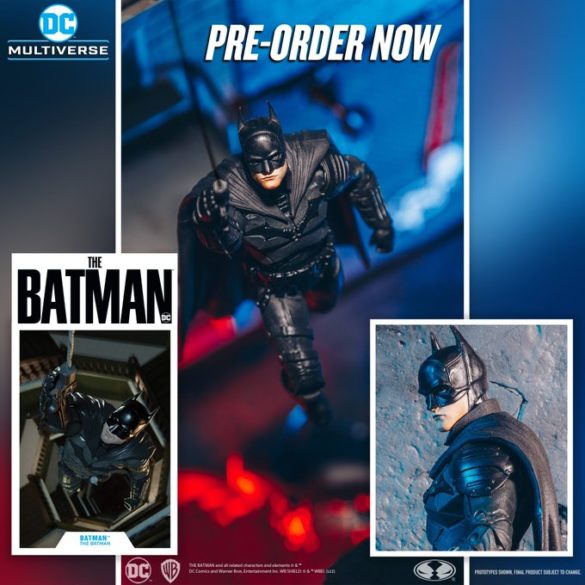 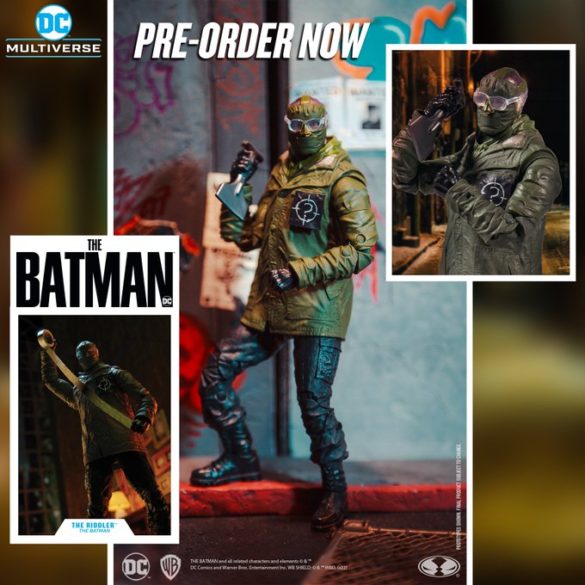 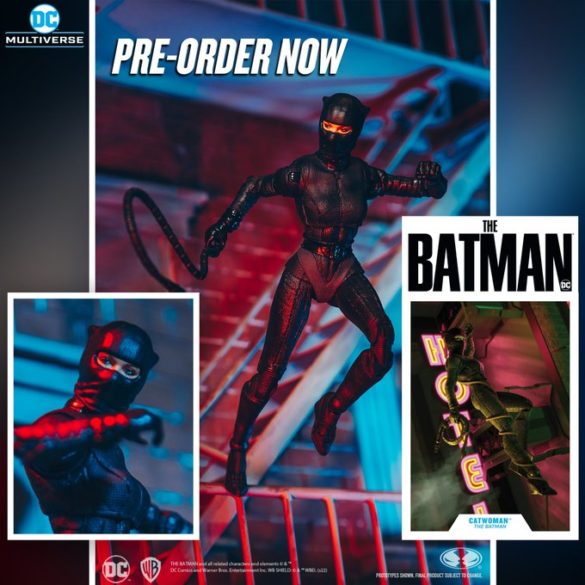 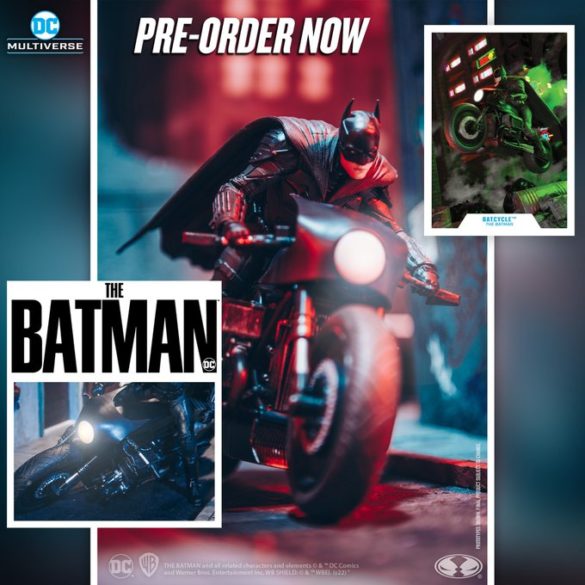 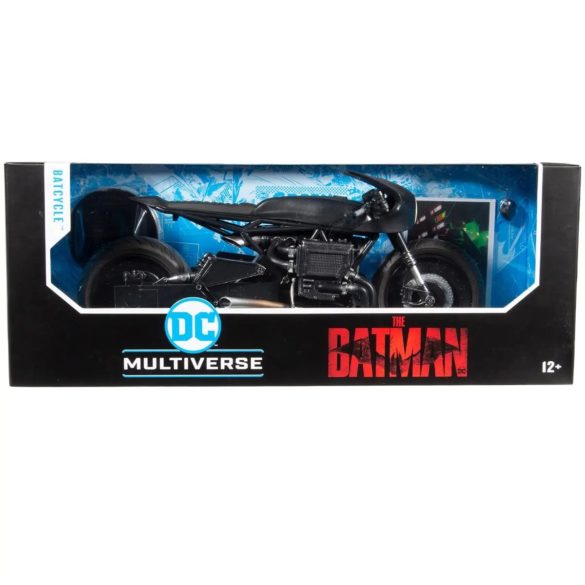 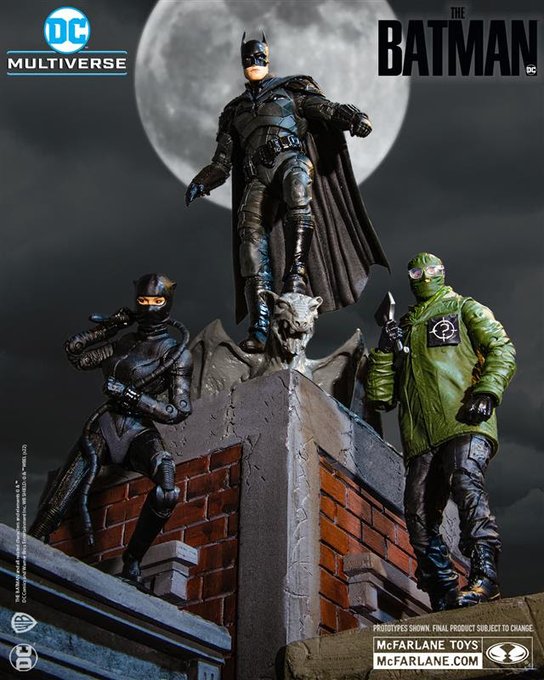 McFarlane Toys Offers the Clearest Look at the Character Designs Yet

This is probably the best look fans have of the character’s costumes. Now that we can see it in plain light, you notice that Batman has a leg holster of some sort. The Catwoman’s costume looks more or less like the standard black bodysuit that we have come to expect from her.

The Riddler’s figure is the most revealing since his character is seen the least in the marketing materials. So far, literally, the best look at his design has been from promotional calendar images. Here we can see all the details of his costume; the green parka with a Riddler question mark on the breast pocket. However, notice the target symbol around the question mark, which is heavily influenced by the real-life Zodiac Killer’s logo. The mask looks like a repurposed gimp mask with glasses on top. The weirdest detail is apparently that the back of the Riddler’s head is covered in Saran wrap.

The most interesting addition to the McFarlane Toy line is the Bat-Cycle. The piece comes with a stand,  a trading card, and one alternate Batman hand to hold the steering shaft. Why only one gripping hand? Because the Batman figure already has one hand in a gripping right hand. Obviously, it’s not intended for fans to buy the Bat-Cycle by itself, ideally, they’ll pick up both the Bat-Cycle and a Batman figure, to give it maximum effect.

The character figures retail at $19.99. The Bat-Cycle retails at $29.99. The McFarlane Toys are part of the DC Multiverse line and they will ship in January 2022.

They’re all available for pre-sale here.

First Footage of Dwayne Johnson in ‘Black Adam’ is Here!