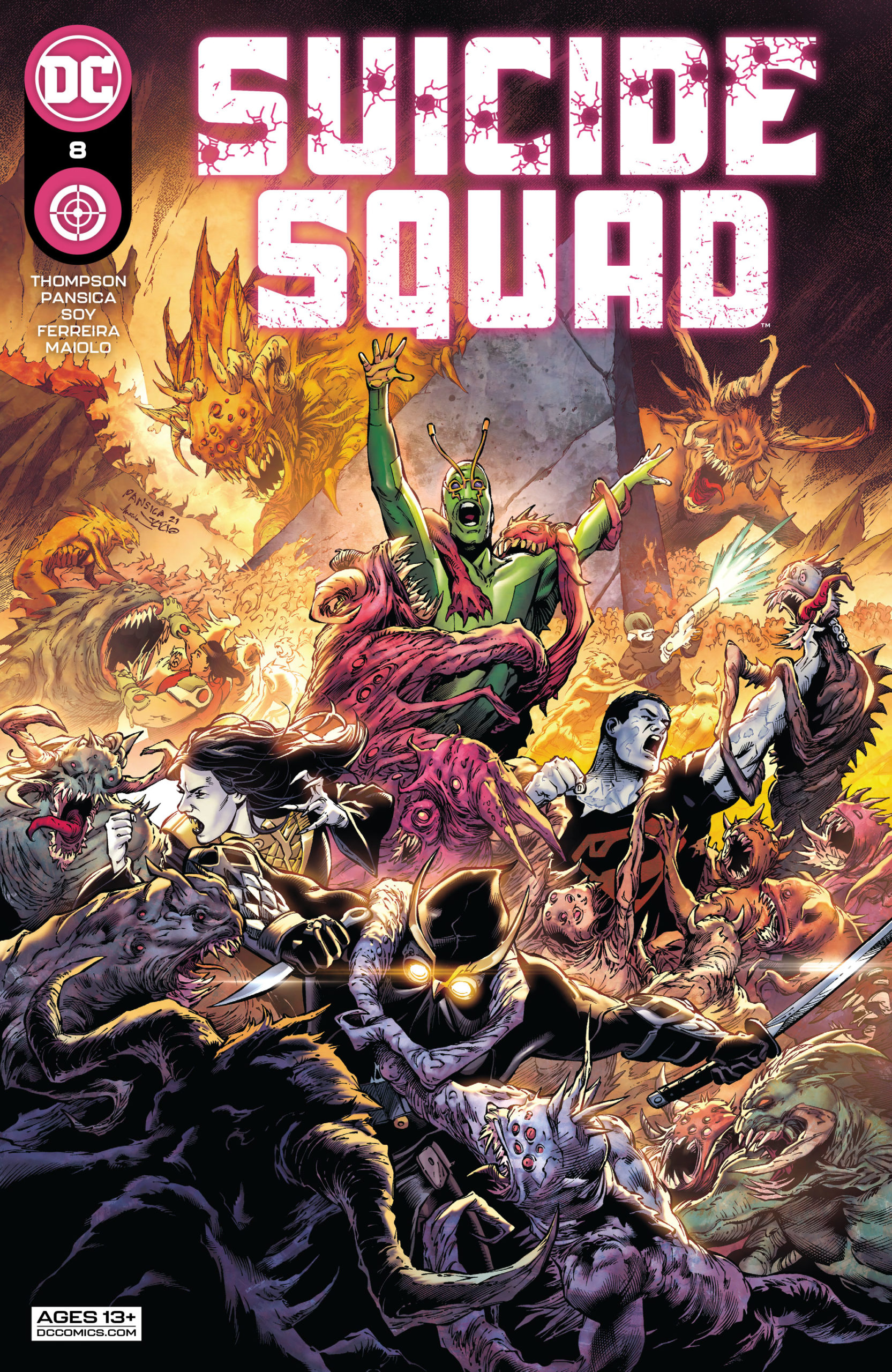 Our bad heroes found themselves in a truly hellish spot at the end of the previous issue, and now in Suicide Squad #8 it feels like their time in hell will only spiral further and further. This chapter treats us to multiple portraits of interesting, deep characters, and rewards the eagle-eyed art appreciator to guess why the tone is so different, based on where everyone is. Only a rich creative team like this can spread their efforts to make something unique.

The large cast of characters is balanced well across this issue, as we continue to feel the doubt in our leader’s minds, particularly after an insightful run-in with the insightful Swamp Thing. It’s easy to reduce figures like Peacemaker and Bloodsport to aggressive mercenaries who rebel at the fact they’re perfect for the positions they’re in, but we also get their doubts and disgust at the acts of Amanda Waller. Now there’s a character who’s consistent in her nefarious and nasty ways.

Even death can’t get you out of the Suicide Squad. 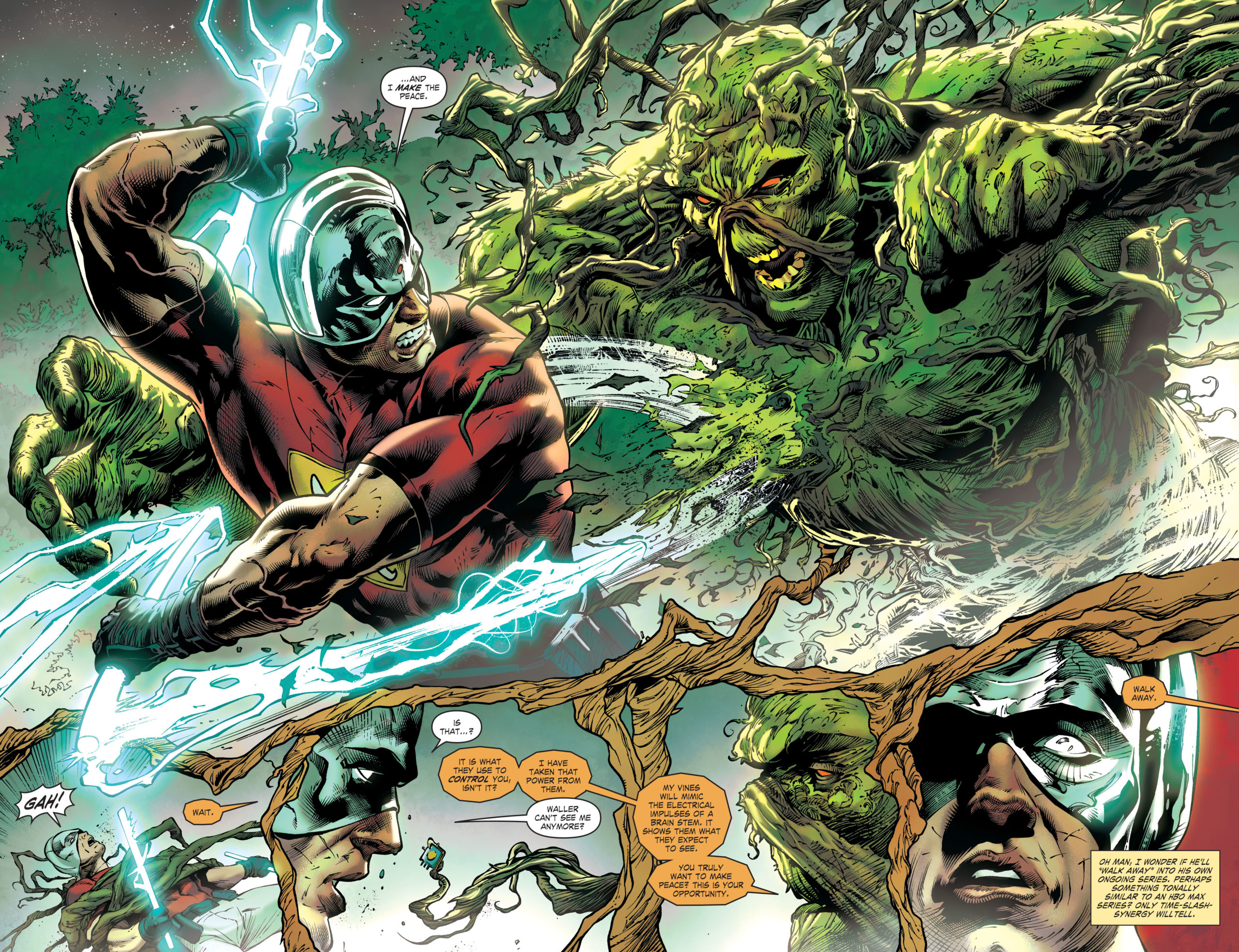 The very subtle, but very clearly different art style on different pages matches up to the settings and groups. This is easy for the untrained eye to miss; I know I did, at first. It’s incredibly done by this art team, to see that their styles are similar enough to make the issue cohesive (as I’ve seen comics where the styles are vastly different, which was very disconcerting). It’s also a clear enough difference to make these changing storylines noticeable and distinct.

There are so many points of tension in this title that could be the tipping point for a crisis. The ensemble cast is only growing and we can expect the tension to build over the coming issues, so I’m eager to see how this team of characters will handle it, but I have every faith in this skilled creative team to pull off something incredible.