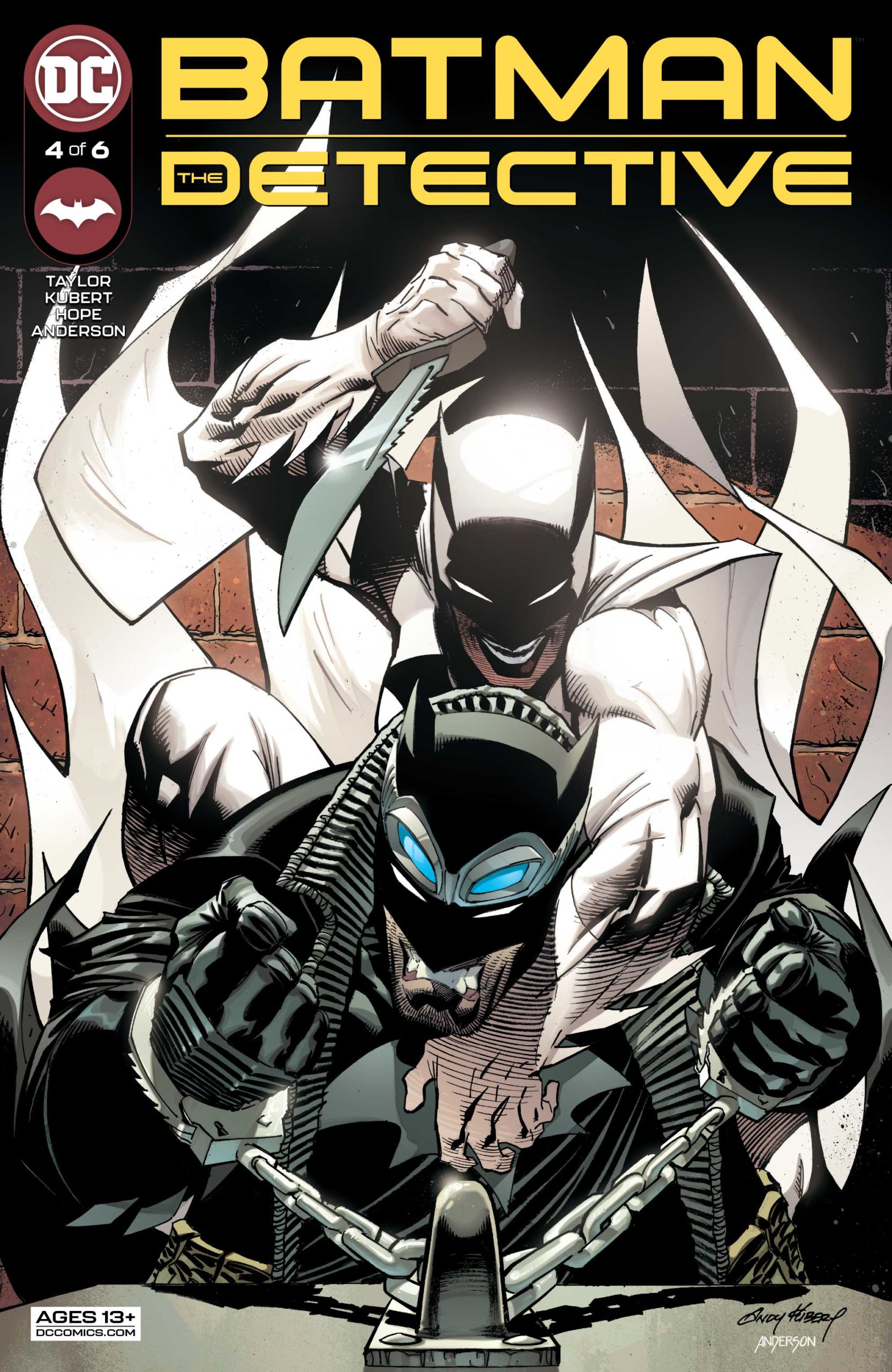 Batman: The Detective #4 sees Bruce Wayne on the wrong side of the law, but not everything is at it seems. Equilibrium is targeting and murdering everyone they can find whose life has been saved by the Dark Knight, and their next target is in their sites.

Last month we saw Bruce arrested for the murder of Henri Ducard, one of the world’s deadliest manhunters, but also one of the men who trained Batman in the art of detection. Could Ducard be dead? How did the law catch up with Bruce so quickly, and how far behind are the evil White Knights known as Equilibrium?

Tom Taylor is writing his butt off… but that’s nothing new. There are only a handful of writers, particularly in comics, where having their name on the cover is almost a 100% guarantee of complete satisfaction. Having read and purchased everything Mr. Taylor has written for DC, the wonder from Down Under hasn’t let me down yet.

Batman: The Detective delivers on its title, but it’s also fun, furious, frantic, and fantastic.

Of course, when you get a stellar script that’s brought to life with art by Andy Kubert, Sandra Hope, and Brad Anderson that gives readers even more to get excited about.

The way we get flashbacks, present day action – which is set in the future – and some of the best characterization ever is what elevates this title from “just another Batman mini-series” to “a must buy, essential Batman mini-series”.

Equilibrium are a genuine threat and their mission isn’t just terrifying, it makes a twisted kind of sense. Comics are fantasy tales, and that’s what I love about them, and what I want them to be; but writers like Tom Taylor add enough grit and texture to ground them, and make them believable.

Batman: The Detective #4 rocks. I love old, grizzled Bruce Wayne, Equilibrium scare the bejeezus out of me, and Amina’s cooler than a snowman wearing Ray-Bans. The main cast is terrific, the villains are terrifying, and the premise is terrific.

The only thing I don’t like about this series is that we’re only getting two more issues.