“The Neighborhood” – Part Two, and Huntress “Mary Knox” – Part One 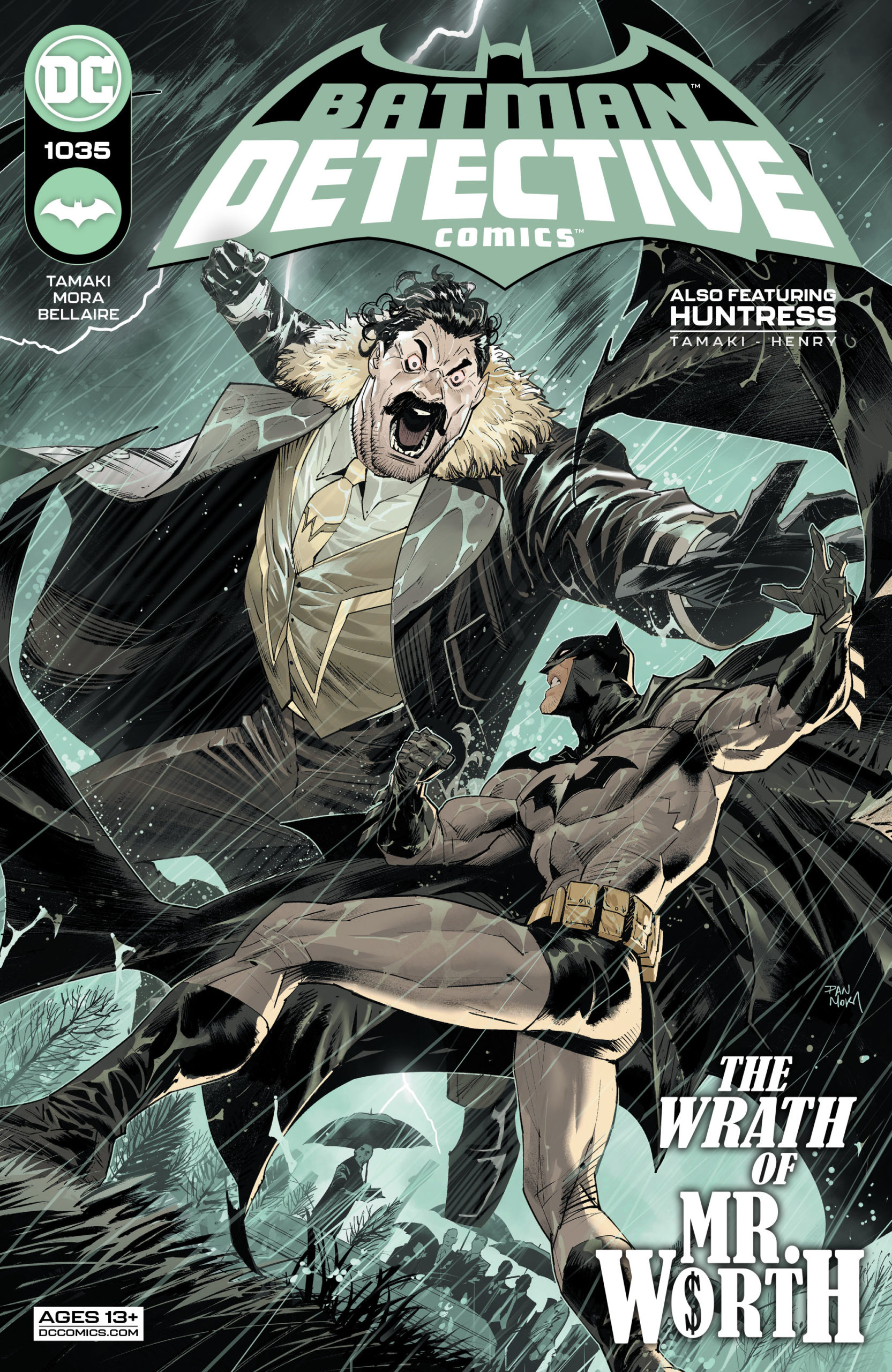 The fate of Sarah Worth is revealed, and Batman begins a manhunt through Gotham’s dark underbelly, in Detective Comics #1035.

Mariko Tamaki writes Batman, and the character of Gotham City itself, beautifully. the Dark Knight’s third person narration in this book is beautifully handled, and fits the tone of a series called Detective Comics to a tee. This issue really feels like a noir suspense tale; but it also boasts modern action, street level crime, and a horror twist at the end, which really left its mark. Consider me intrigued!

Dan Mora has really made an indelible mark on this series, in a very short space of time. His Batman is both classic, yet brand new. Yes, I get shades of Jim Lee and Scott McDaniel, yet something totally fresh at the same time. Mora’s story-telling is sublime, and his takes on Batman, and his world, is truly gorgeous. 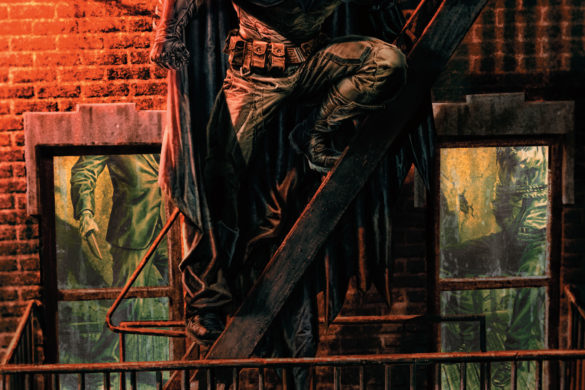 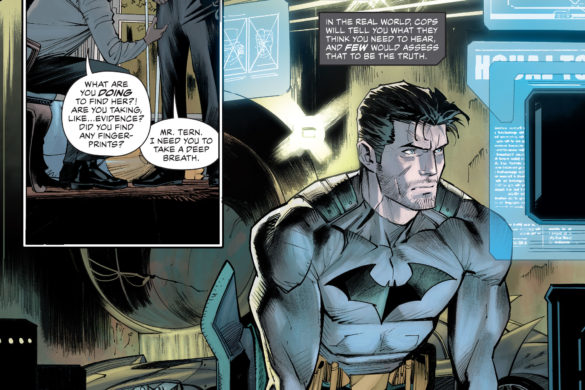 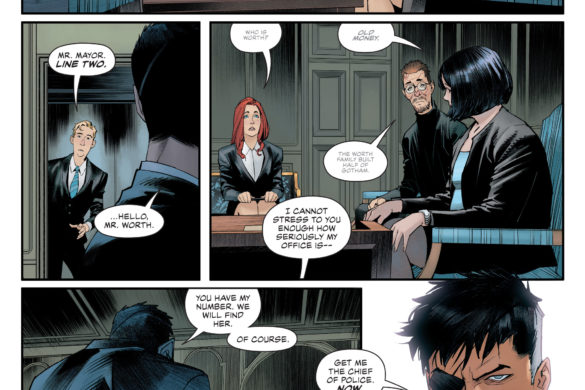 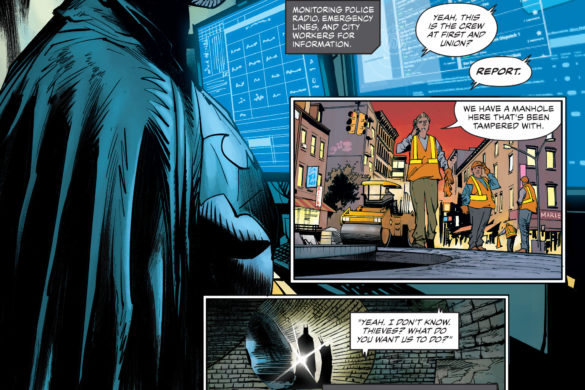 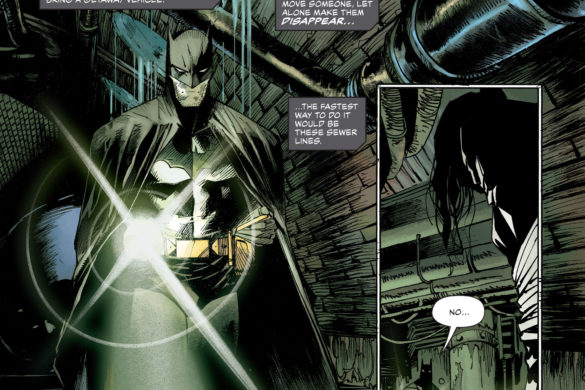 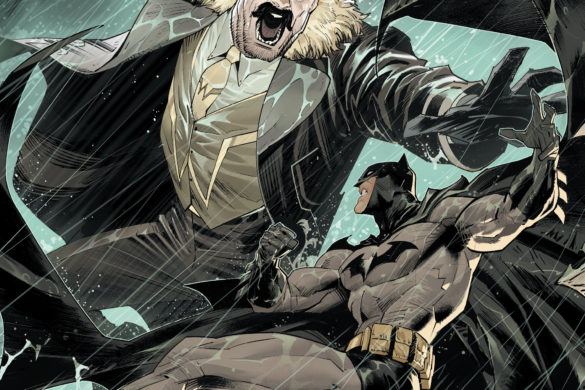 I’ve been a Huntress fan forever, so seeing her, both in the main strip, and in her own backup story, made me very happy indeed. Clayton Henry’s art in Helena’s side tale is a little more cartoony than Dan Mora’s, but it still fits well with the tone set in the first half of the book, and Jordie Bellaire’s brilliant colors make the whole issue feel a lot more cohesive…

… As do Aditya Bidikar’s great letters. The Huntress strip, like the Batman one, is narrated by the lead character. While many may already be used to the Dark Knight’s grey on black inner monologue, Aditya has perfected it. The great thing is that he’s also created a fresh new Huntress variation, complete with a white cross on a purple background. Superb.

The fact that Sarah Worth’s father is featured on the cover of this issue, and as a larger than life mountain of a man in the book proper, leads me to believe that Batman has an all new villain on his hands. This guy’s rich, powerful, and mad as hell… I can’t wait to see where the story goes from here.

Detective Comics #1035 develops everything that was hinted at in the previous issue, and sets even more solid foundations to build future tales on.