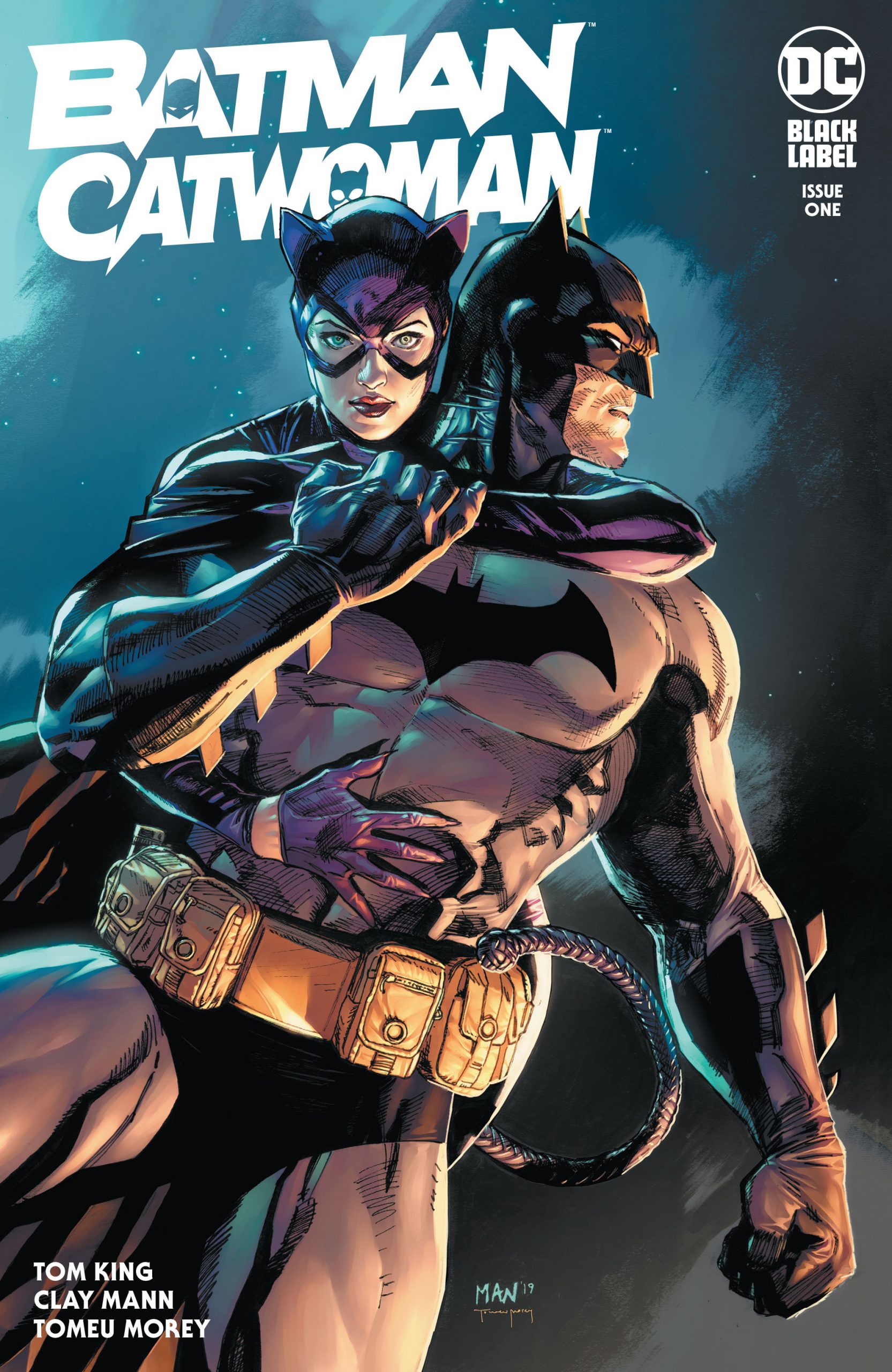 It’s been almost a year since Tom King moved on as writer on Batman. That fact alone has made me take stock on the roller-coaster ride that has been 2020, particularly when this new series was announced before that happened. However, after an interminable wait Batman/Catwoman #1 is finally here!

Tom King’s writing divides audiences; some readers don’t get it, and others adore it. For me King is a thinking man’s writer, and his frequent non-linear way of telling stories wows some, and thoroughly frustrates others. This issue follows this pattern, as there are sequences that are clearly set in the past, others in the now, whilst yet others are set in a possible future, yet to come. Again, I’m a seasoned comics reader/reviewer, so I followed the story quite easily, though I know that there will be a few readers out there who will be left scratching their heads.

The easiest way, in my opinion, to follow this story is to look at Selina and her costume… or lack thereof. This issue delivers a few shocks, particularly in the future segments, and I can’t wait to read more, so we can find out what led to them. Once you can follow the story, it’s both fascinating and intriguing. 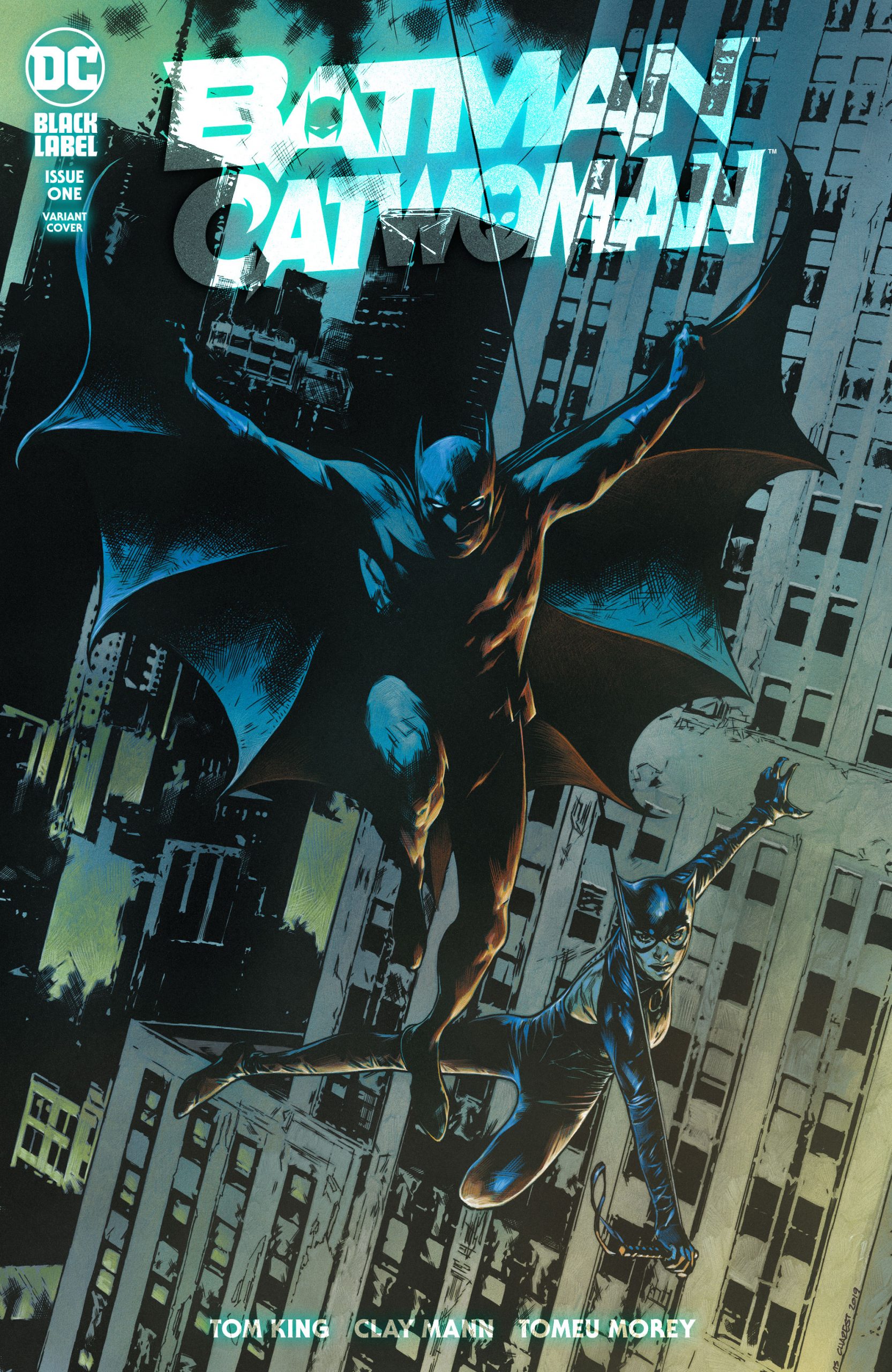 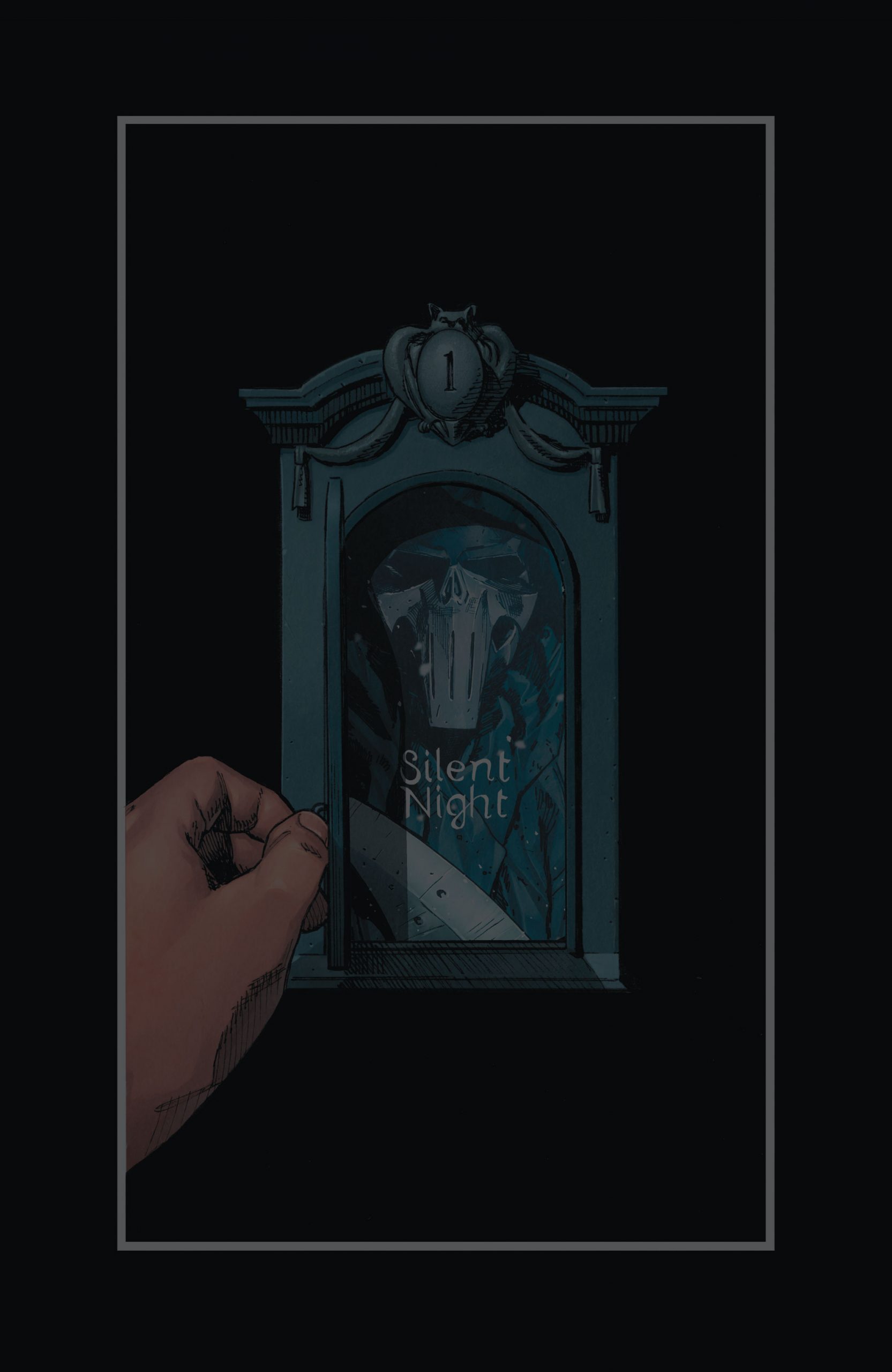 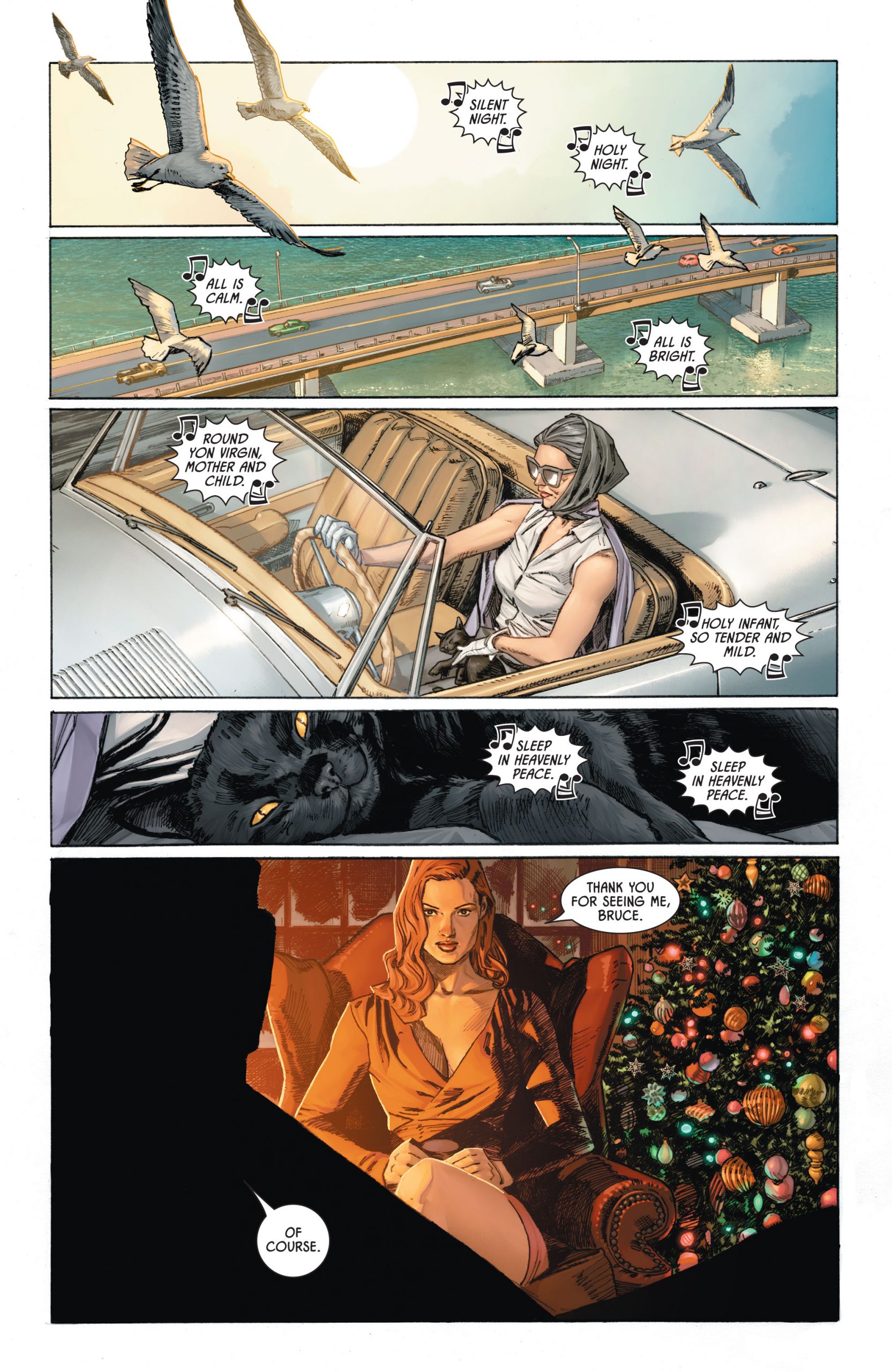 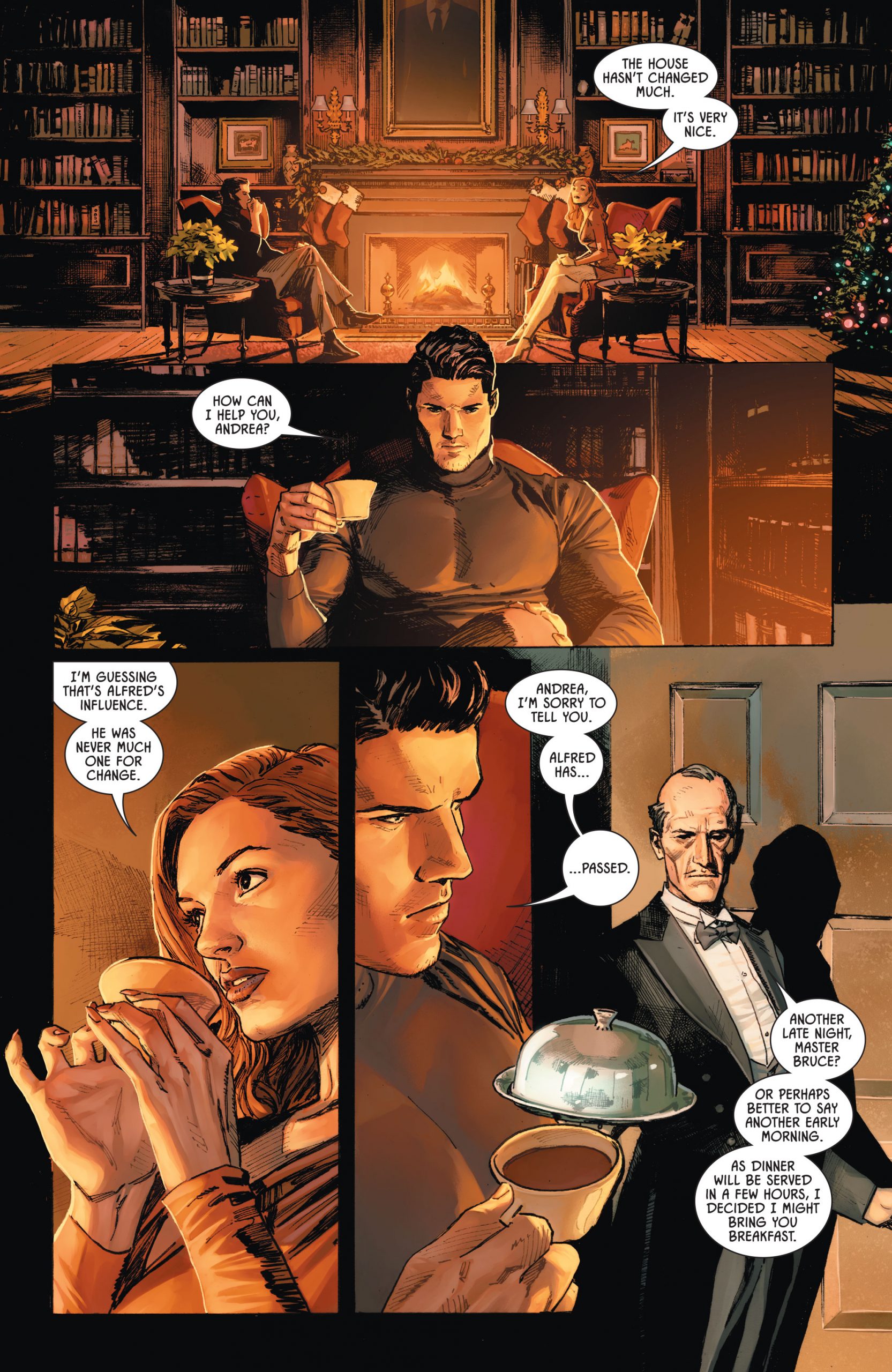 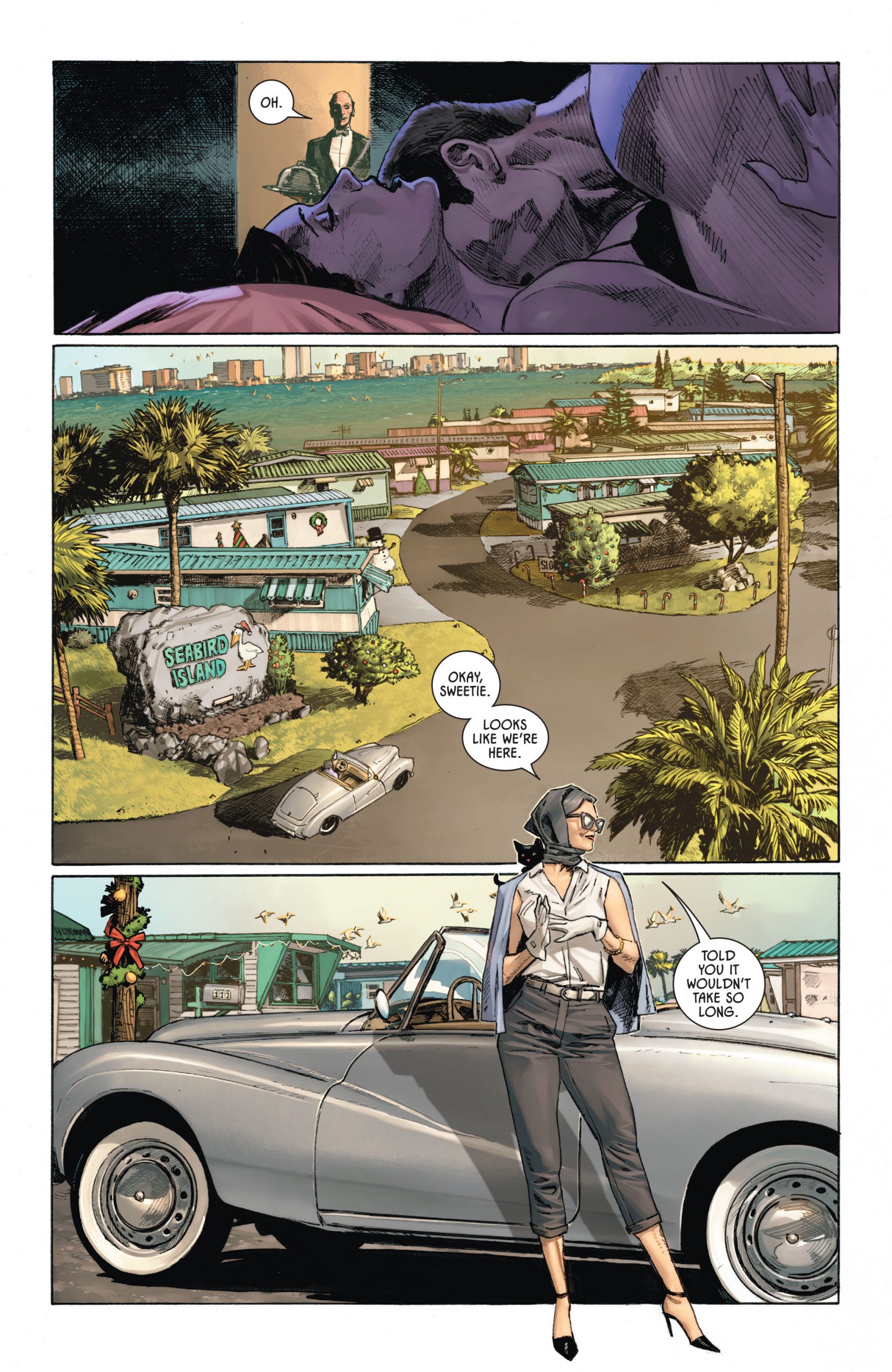 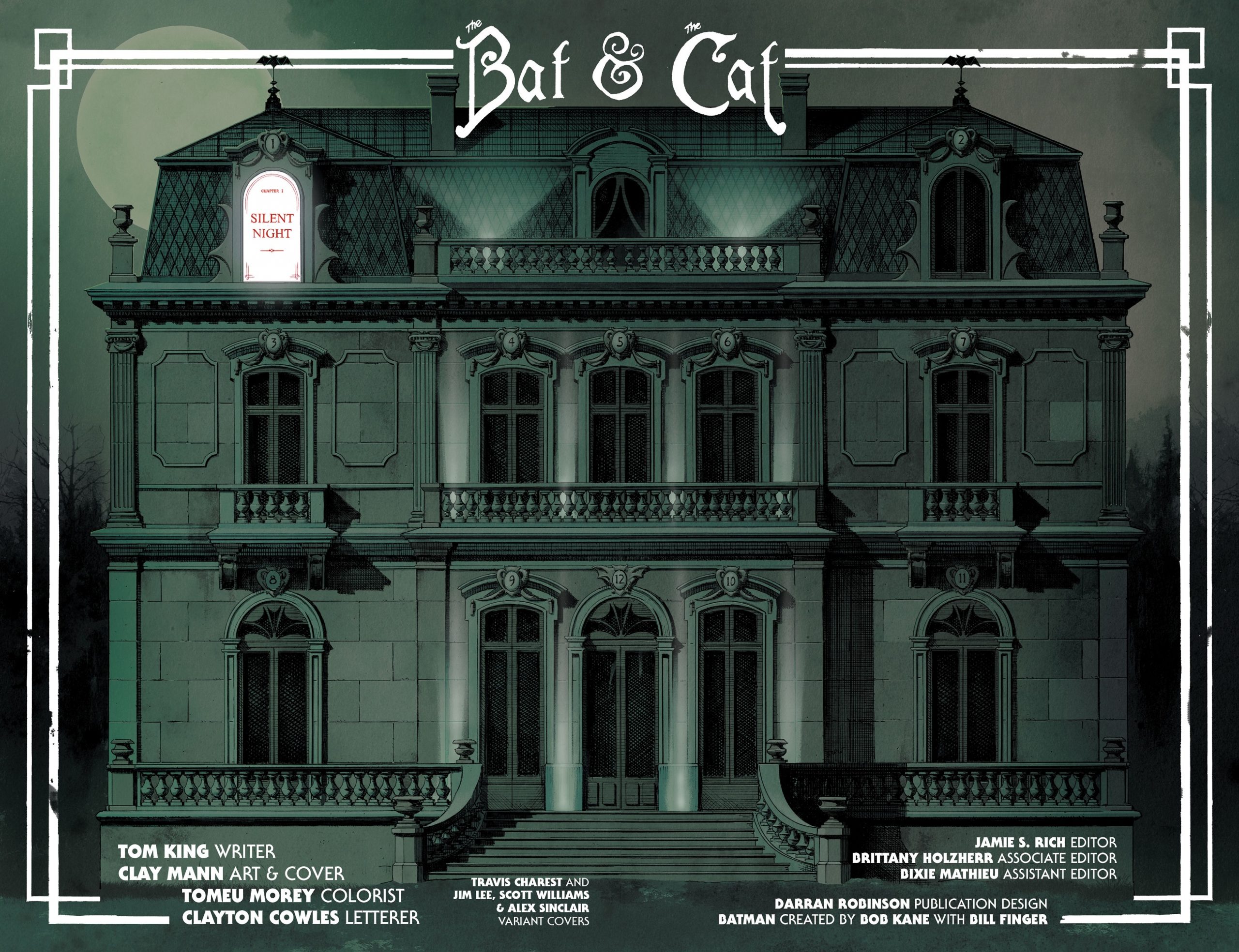 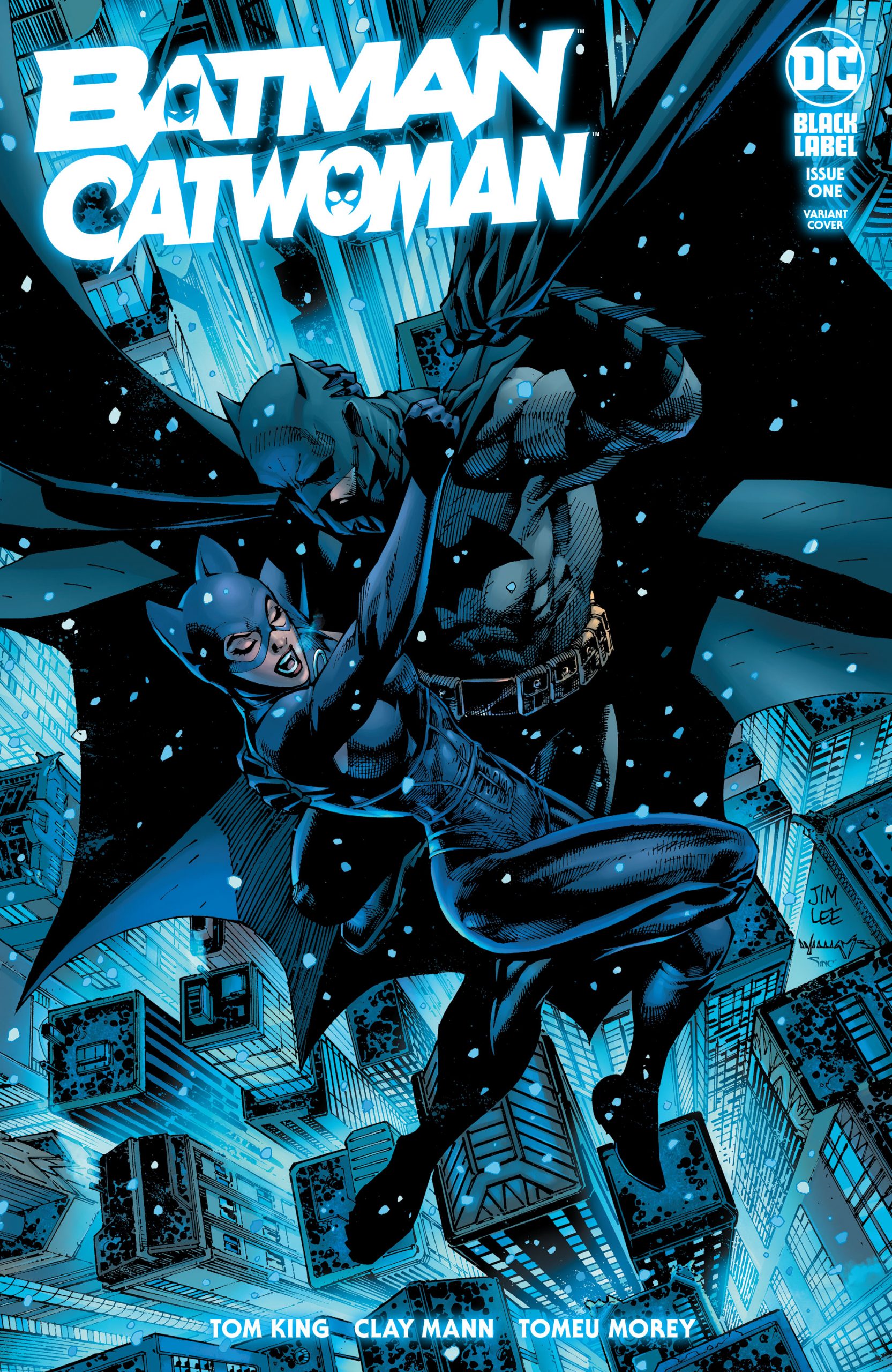 One thing I’m sure everyone will agree on is that this book looks absolutely gorgeous. Clay Mann is a terrific artist, and his work on Tom King’s Heroes In Crisis made me a fan for life. One glance at the art provided by DC for this review will make anyone a believer. Mann’s layouts, his sublime storytelling,and his use of light and shadow is simply sublime. This stuff is gorgeous, and it’s made even more-so by the stunning color work by Tomeu Morey. Once again, this team blew me away on the aforementioned Heroes In Crisis, so as soon as they were announced as the art team on this book I did a little happy dance.

Another way to know which timeline you’re reading is by looking at the beautiful warm color pallet, evident where Bruce is talking to Andrea Beaumont in the present, which is in stark contrast to the more natural daylight seen where Alfred (R.I.P.) enters the room and the scenes that follow on.

The  HiC team is completely reunited on this series with the appearance of the wonderful Clayton Cowles on letters. Look at this stuff! That picture postcard shot of Wayne Manor is bellyful framed by the “Bat & Cat” legend, and Cowles’ lovely credits. Wonderful work.

Batman/Catwoman #1 is my kind of comic, but I do understand how some fans could find it frustrating. There are enough breadcrumbs dropped in this first issue to whet a reader’s appetite, and, if you can wrap your head around the time hops, I’m sure you’ll be hooked. Of course, this means that this book won’t be for everybody, but fans of Tom King’s Batman run will find plenty to enjoy.