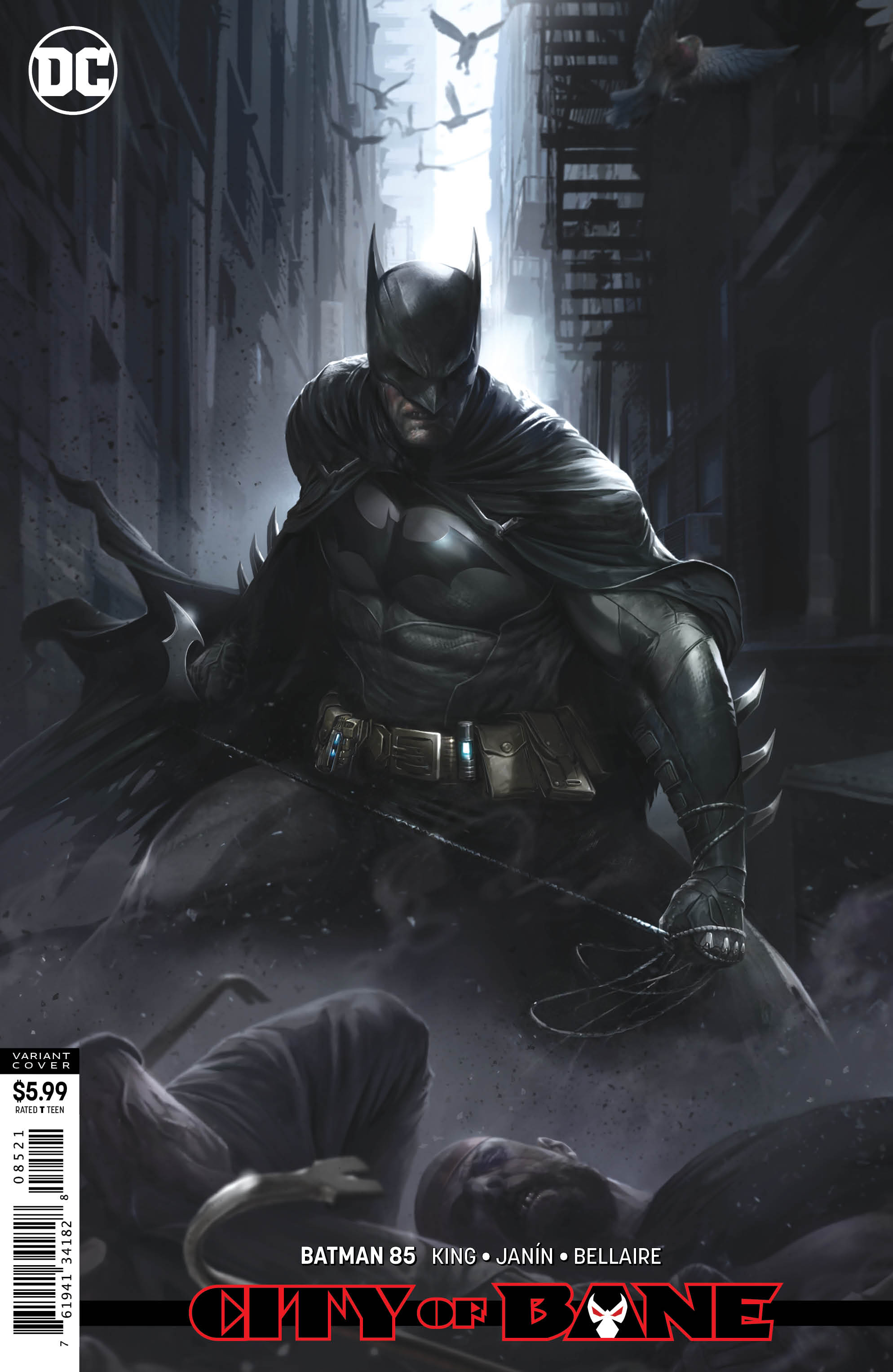 Batman #85 is full of heartfelt scenes that, in my opinion, sadly don’t connect well with each other, with previous chapters or the ongoing narrative, resulting in a disjointed reading experience.

After ten issues of “City of Bane“, is the conclusion satisfying? The answer is: sort of. First, the good stuff about Batman #85. Writer Tom King has written a collection of pretty great scenes. Like, the reveal about the Ventriloquist was pretty clever, and, honestly, the Batman and Catwoman scenes were some of the best King’s ever scripted. One could feel a genuine conflicted love between the two of them.

Perhaps the best sequence of them all, however, is the one featuring Gotham Girl. It’s so effective, because of how surprising it is. Gotham Girl has more or less been an obstacle or straight-up villain in King’s run. Yet, her character here feels more genuine and heartfelt. Her fear of dying comes from a real place, so there’s a level of emotional catharsis and relief with her. Even better, the scene is also full of clever callbacks to past issues, like Batman #1 and #24. The Gotham Girl scene may actually be one of the best scenes in all of “City of Bane”.

Much of the art was handled by Mikel Janin. Not much new stuff can be said about Janin’s wonderful art, other than it keeps getting better. His characters emote well and aren’t stiff. This makes for a wonderful read in the emotional scenes. Hugo Petrus also pitches in to draw a few pages, and his art style is close enough to Janin’s that the transition isn’t too distracting. 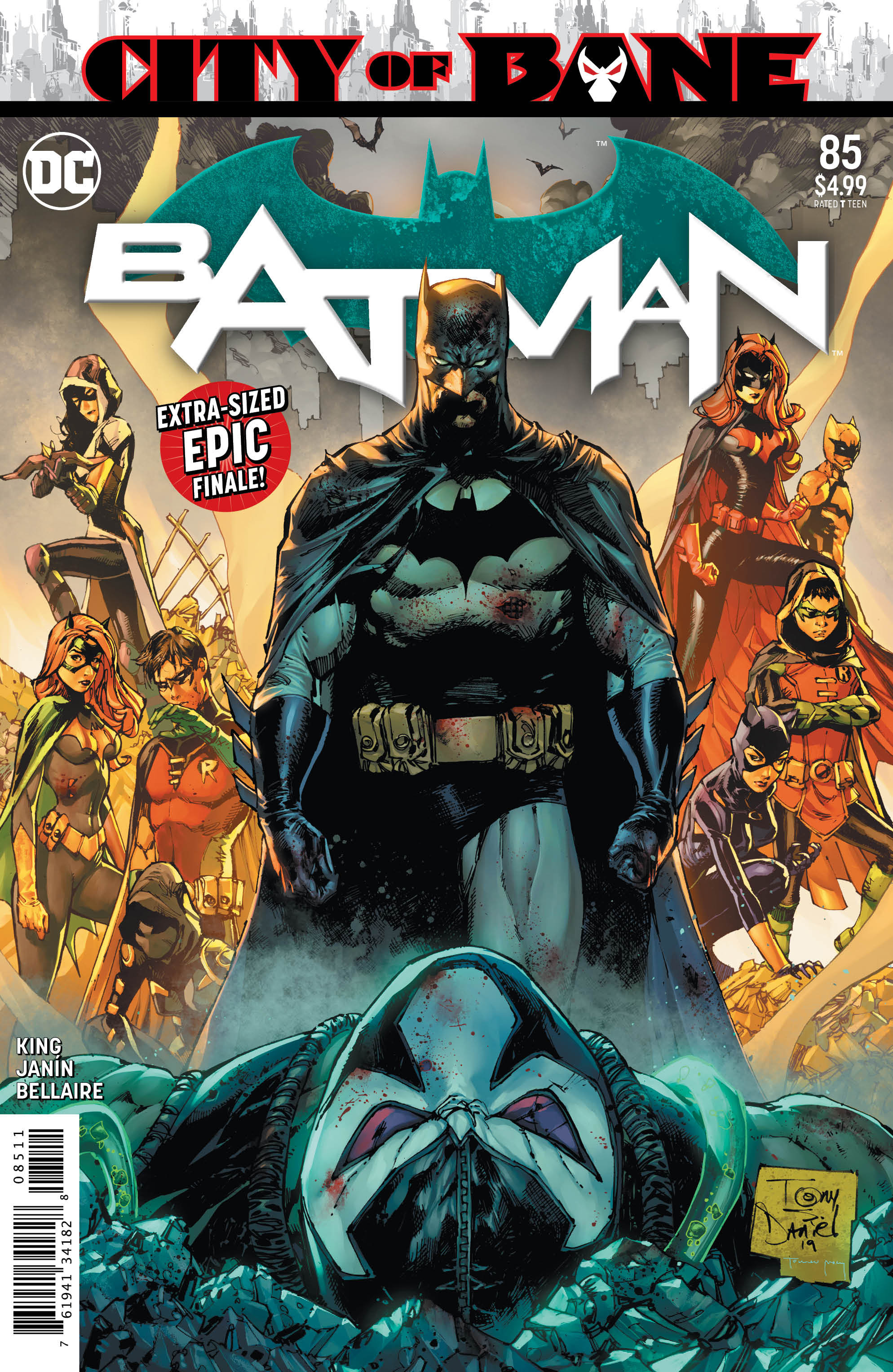 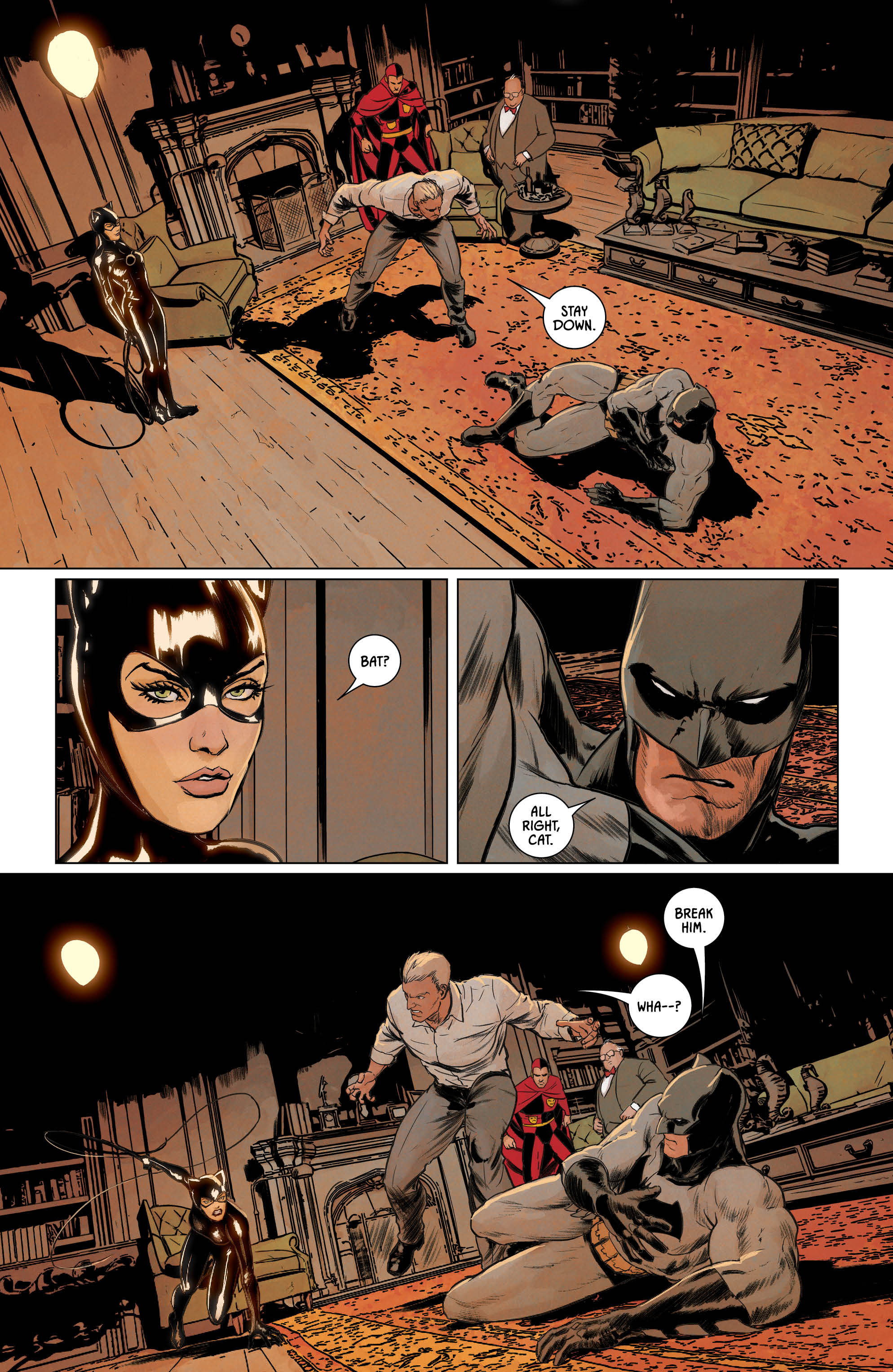 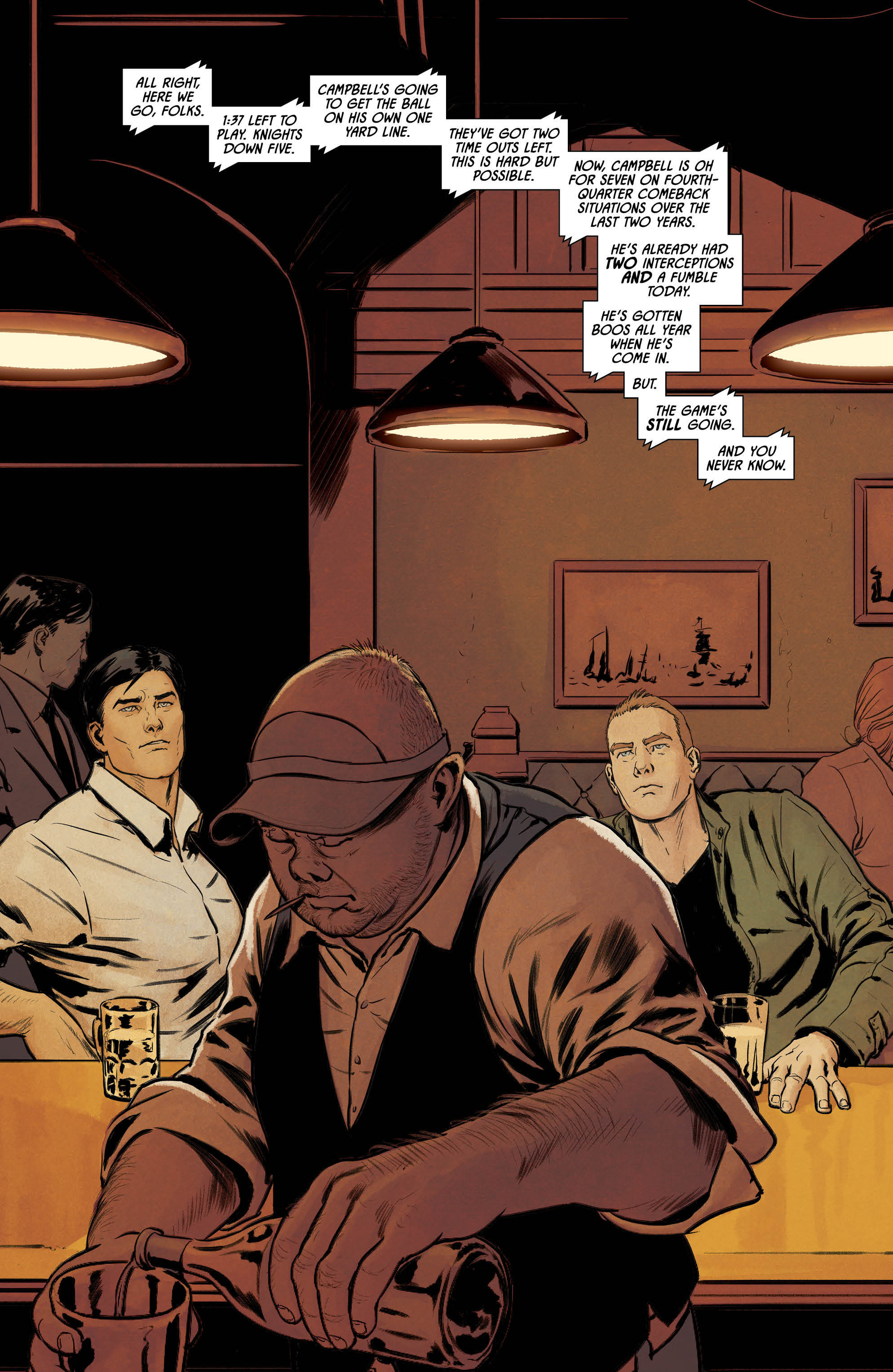 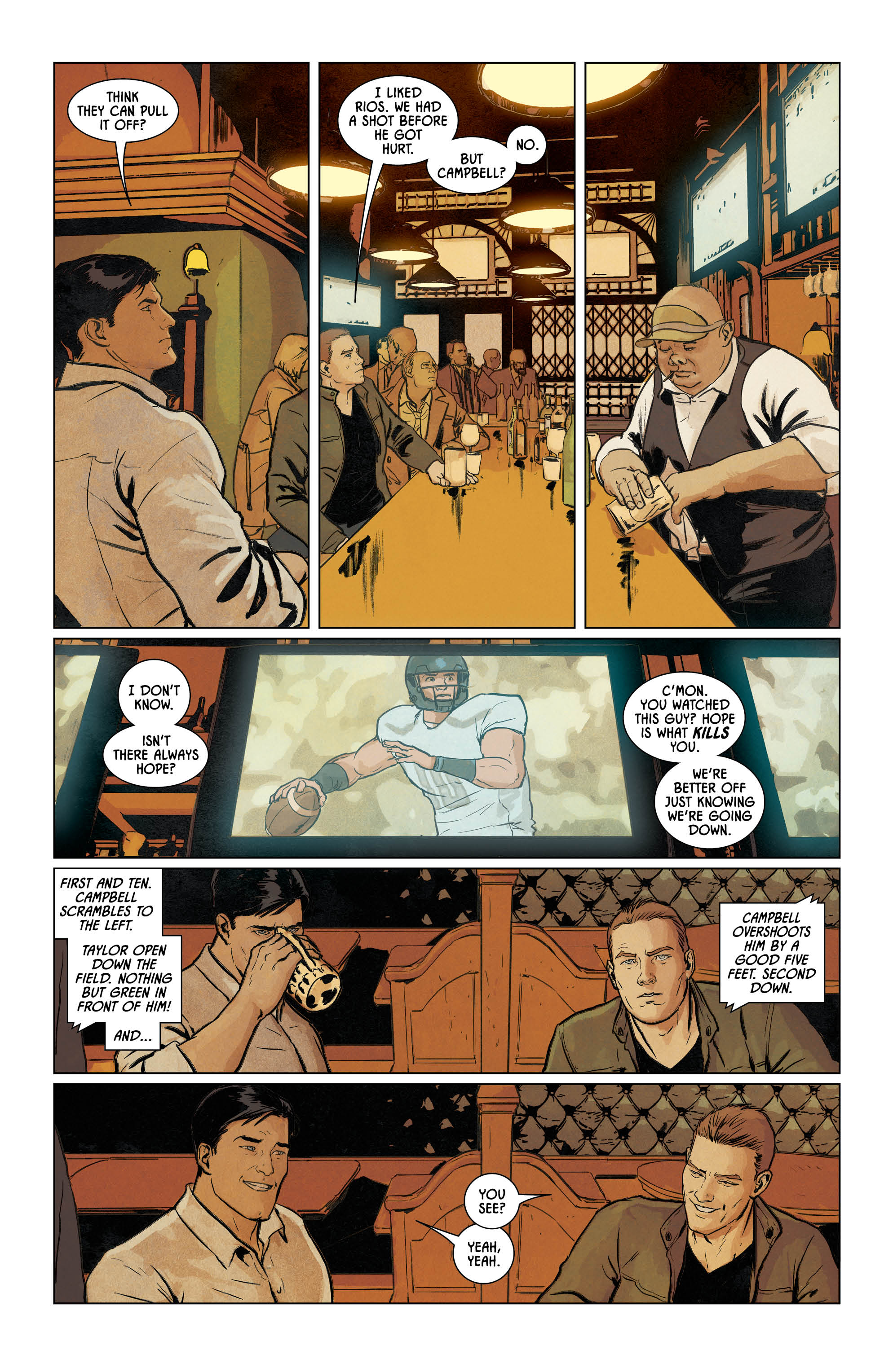 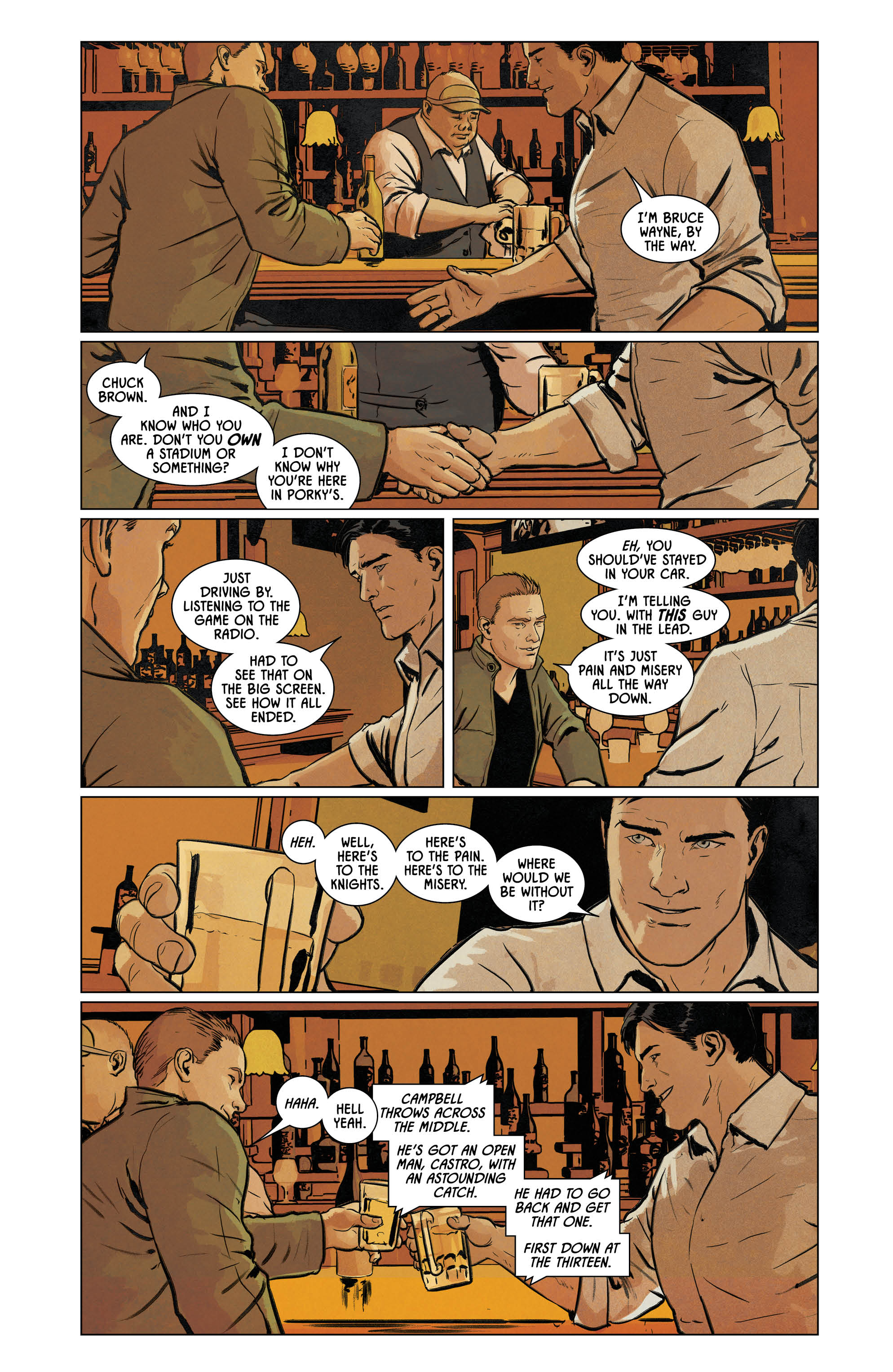 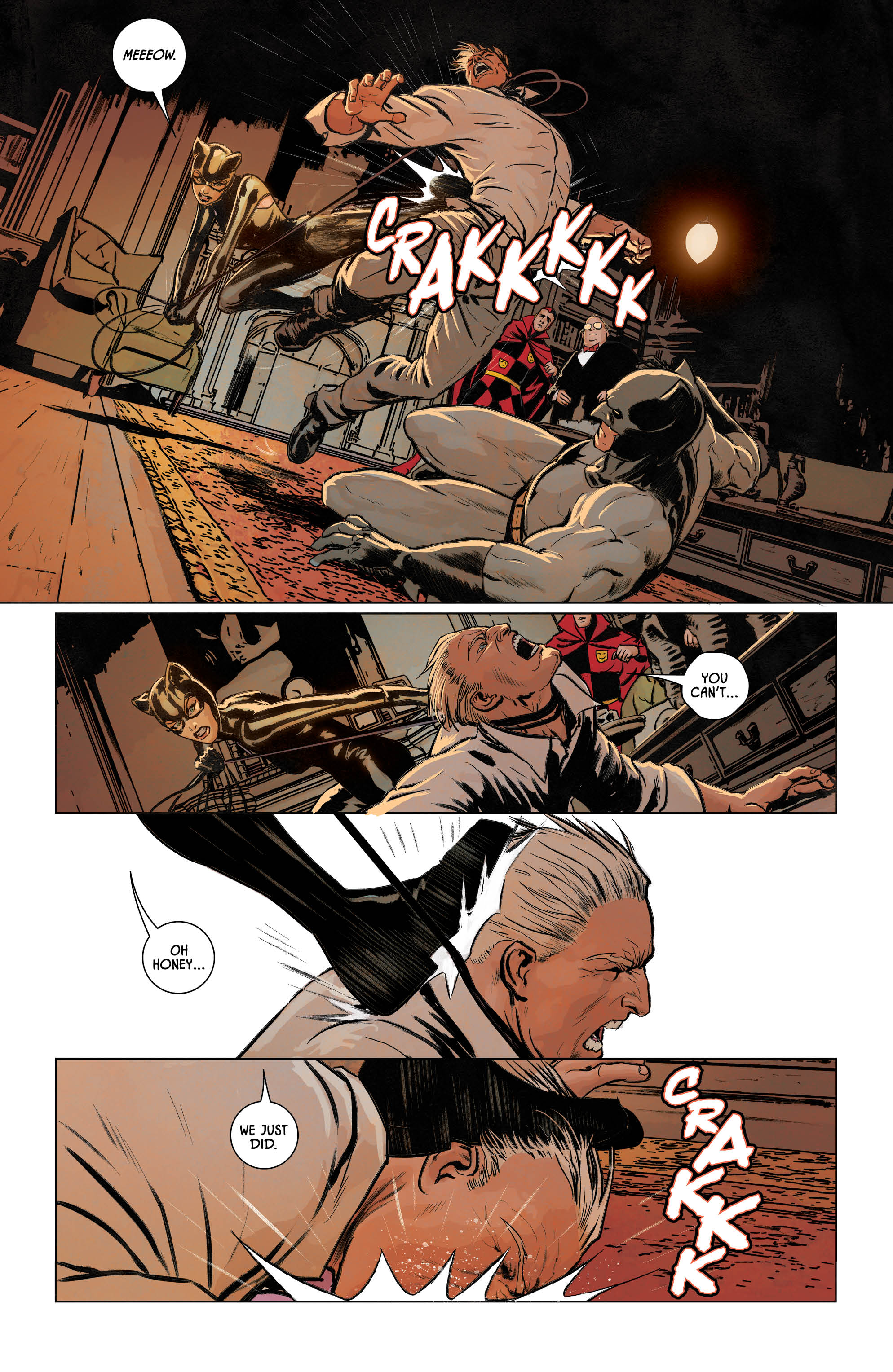 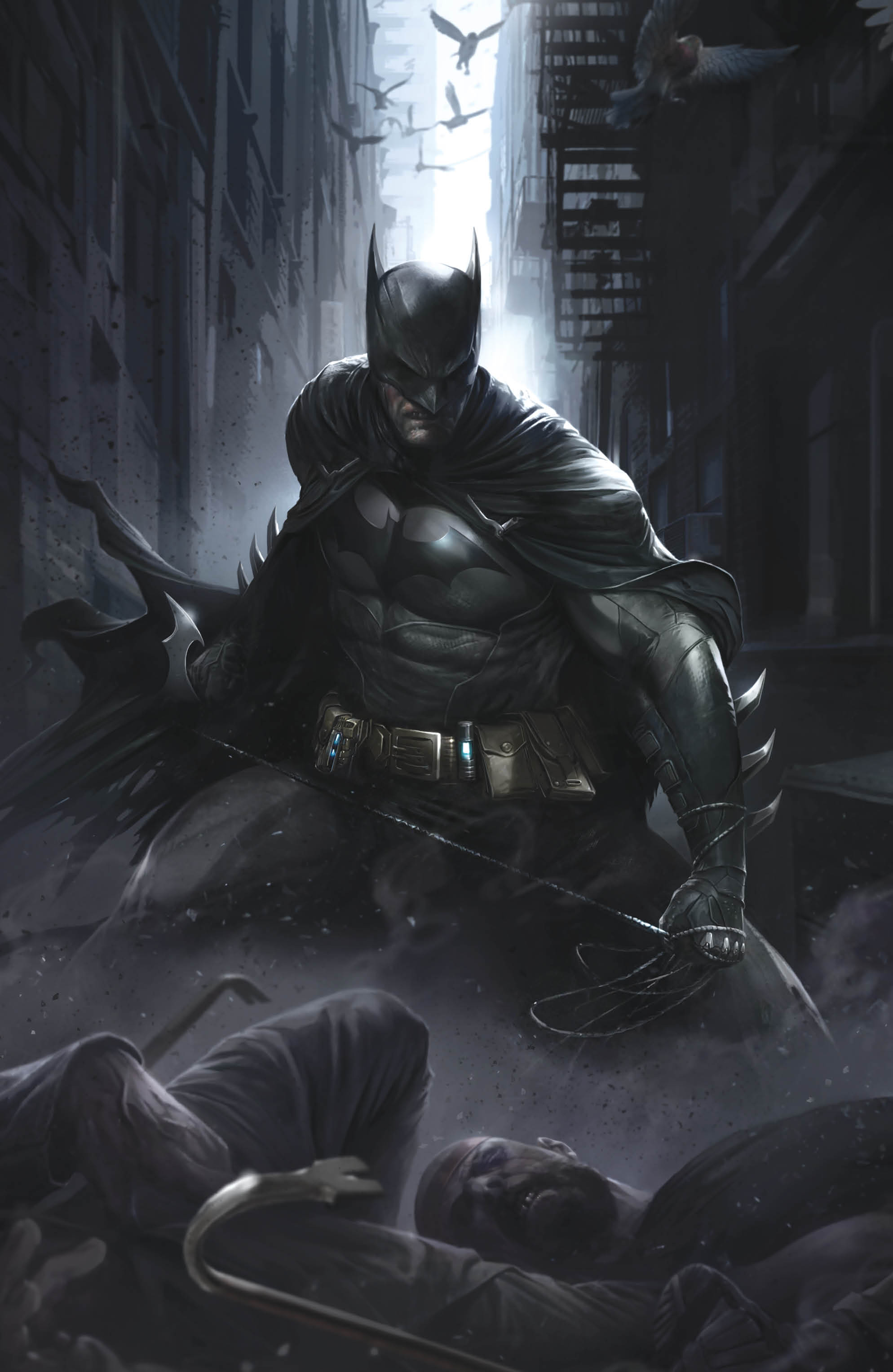 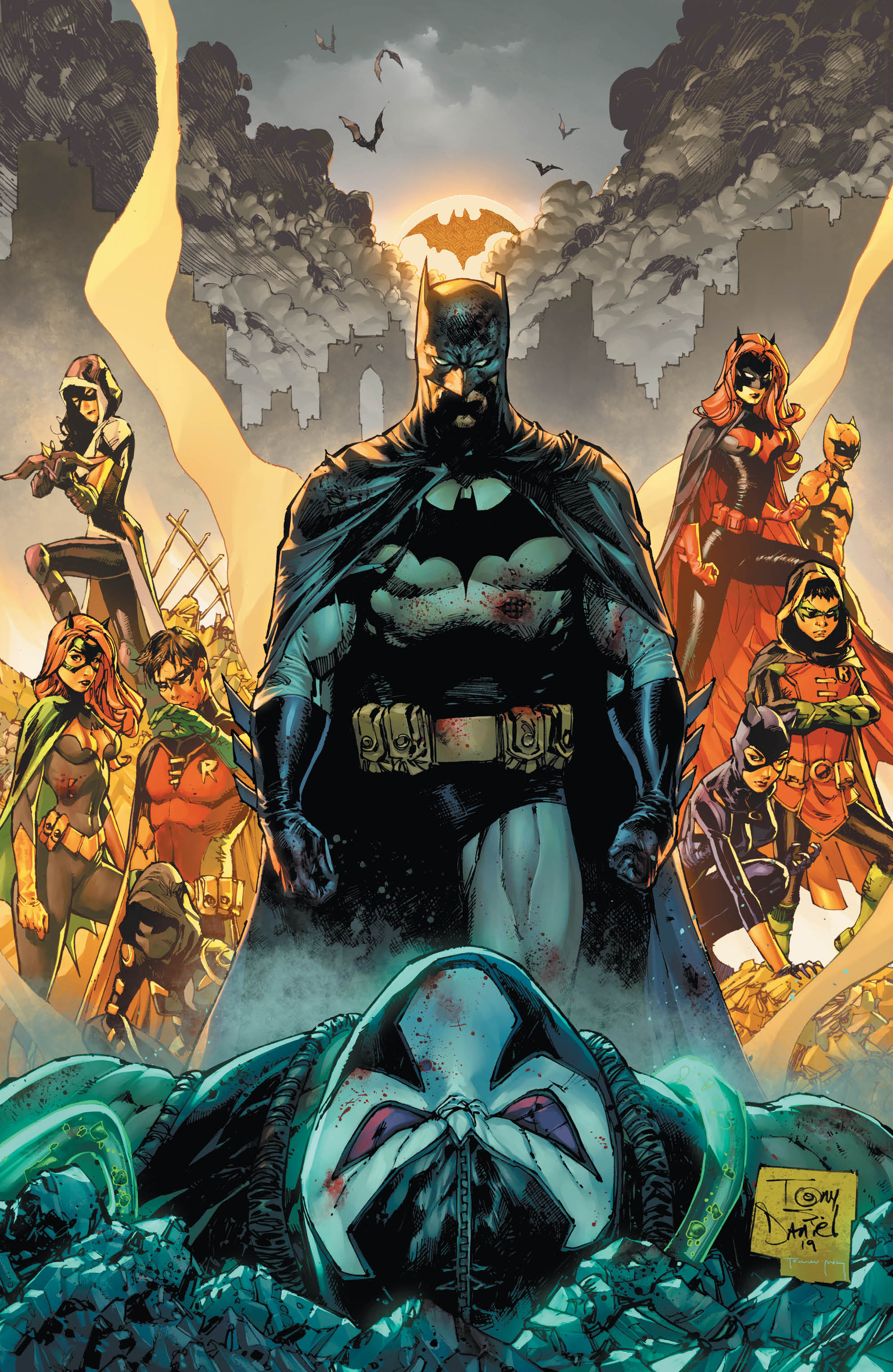 Weirdly, the worst part of the issue is the final confrontation between Batman and his “father”. It’s taken ten issues to build up to, and then it ends in shockingly unimaginative manner. To make matters worse, King has decided to cut up the scenes and drop them between the various epilogues. Not only does it make the comic feel disjointed, it sucks out any dramatic tension from the final battle. Clearly this was an intentional choice, but for me it didn’t add anything to the narrative.

In fact, the inter-cutting of the past battle and the present-day conclusions made me feel discombobulated. King treats the inter-cutting as an excuse to skip over some the direct fallout, which means that he goes straight to the big emotional scenes without directly addressing that Gotham was taken over by Bane. This shows a lack of a consistent dramatic through-line. How does one go from a pissed-off Batman to a happy Batman so quickly? It’s even stranger that Alfred’s death isn’t mentioned at all.

Speaking of disconnected storylines, the James Tynion-written epilogue has nothing to do with King’s run. Why did DC decide to put it at the end of this issue? It doesn’t serve as a narrative bridge between the two runs. Couldn’t they just put this at the beginning of Tynion’s actual inaugural issue?

Batman #85 is a loose collection of good scenes that don’t feel related to one another or to the other issues. There are some good scenes and the book gives us some great running callbacks, but the emotion gets bogged-down by the writer’s insistence of using clever literary devices.

In a way this was a fitting end to King’s tenure, because it is a microcosm of his entire run: consistently inconsistent.