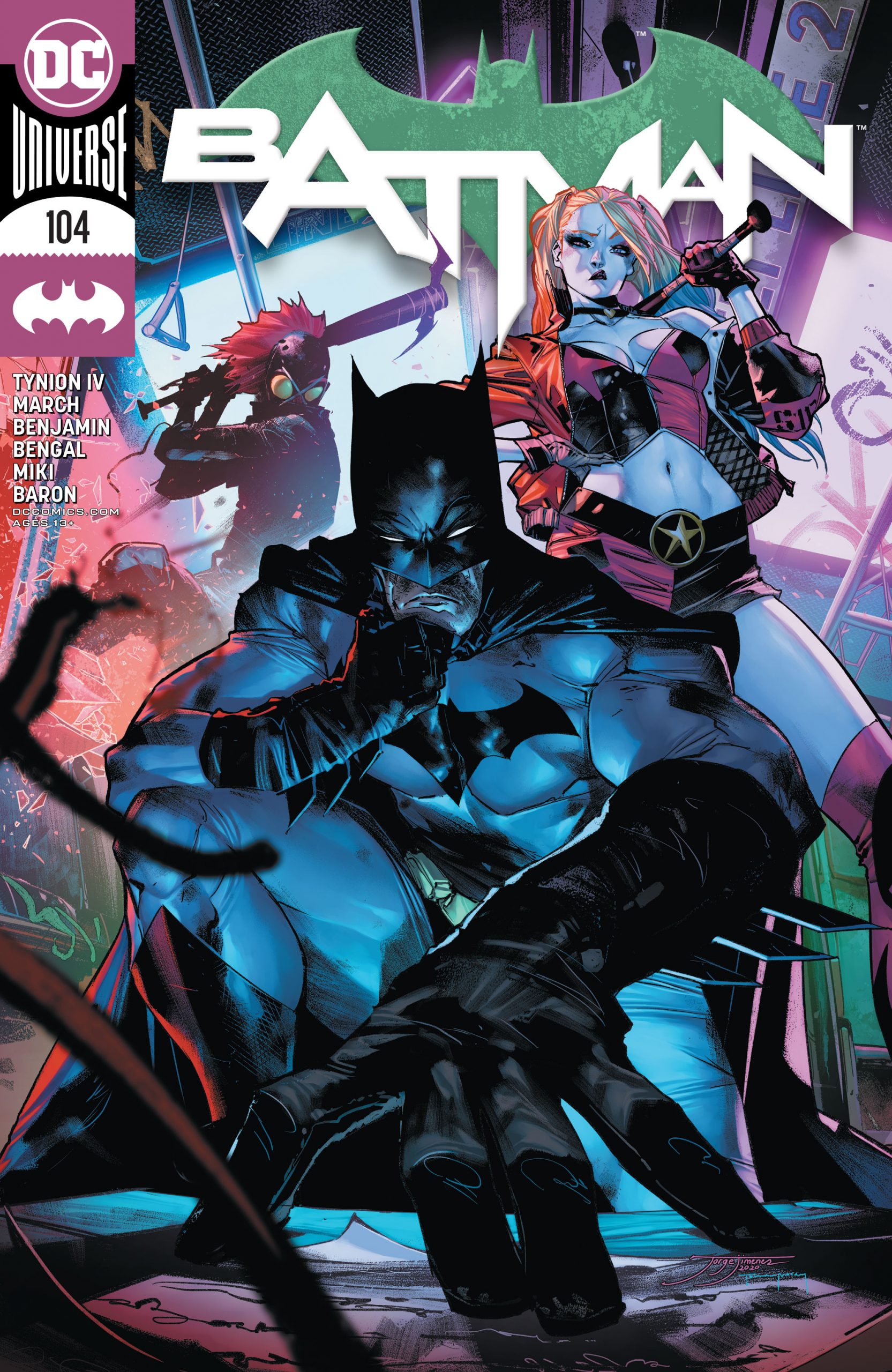 Batman #104 is a mixed bag as it contains both interesting and bland story lines.

In the previous issue, I wrote how the most intriguing part of the latest “Ghost Stories” installment was the back story of the Ghost-Maker. The good news is that writer James Tynion gives much more insight into the character’s origins in this chapter. Tynion is adding more layers to Ghost-Maker, making him more than just another violent vigilante.

The best part is that the villain’s flashback’s narrated by Nightwing, which gives a fascinating perspective into his and Batman’s rivalry. It’s one thing to see Batman’s side of the story, but allowing Dick Grayson to be narrator gives the story an extra layer of emotion. We see what both characters think of Ghost-Maker. This is a great creative choice by Tynion, utilizing Grayson that way. 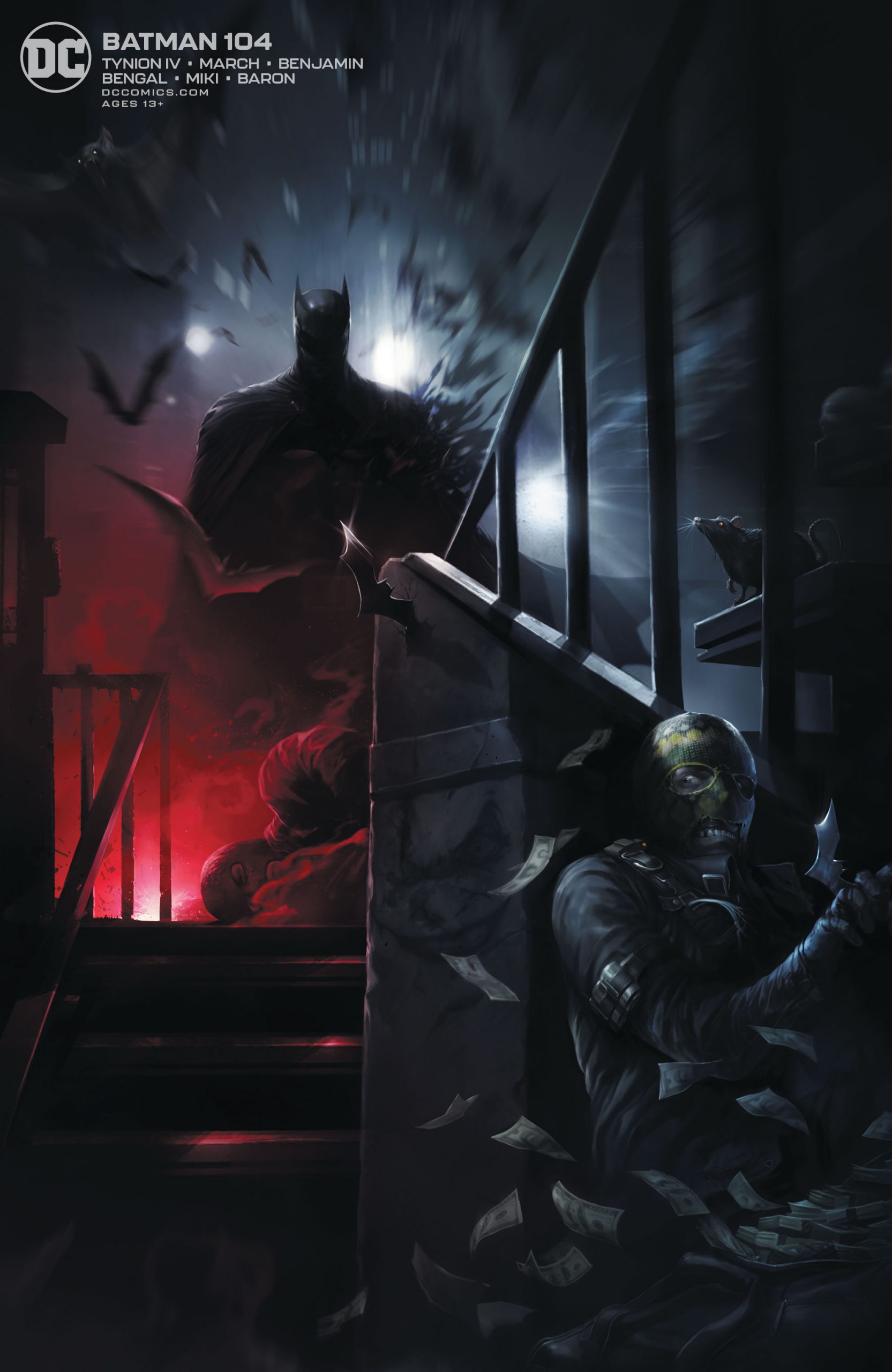 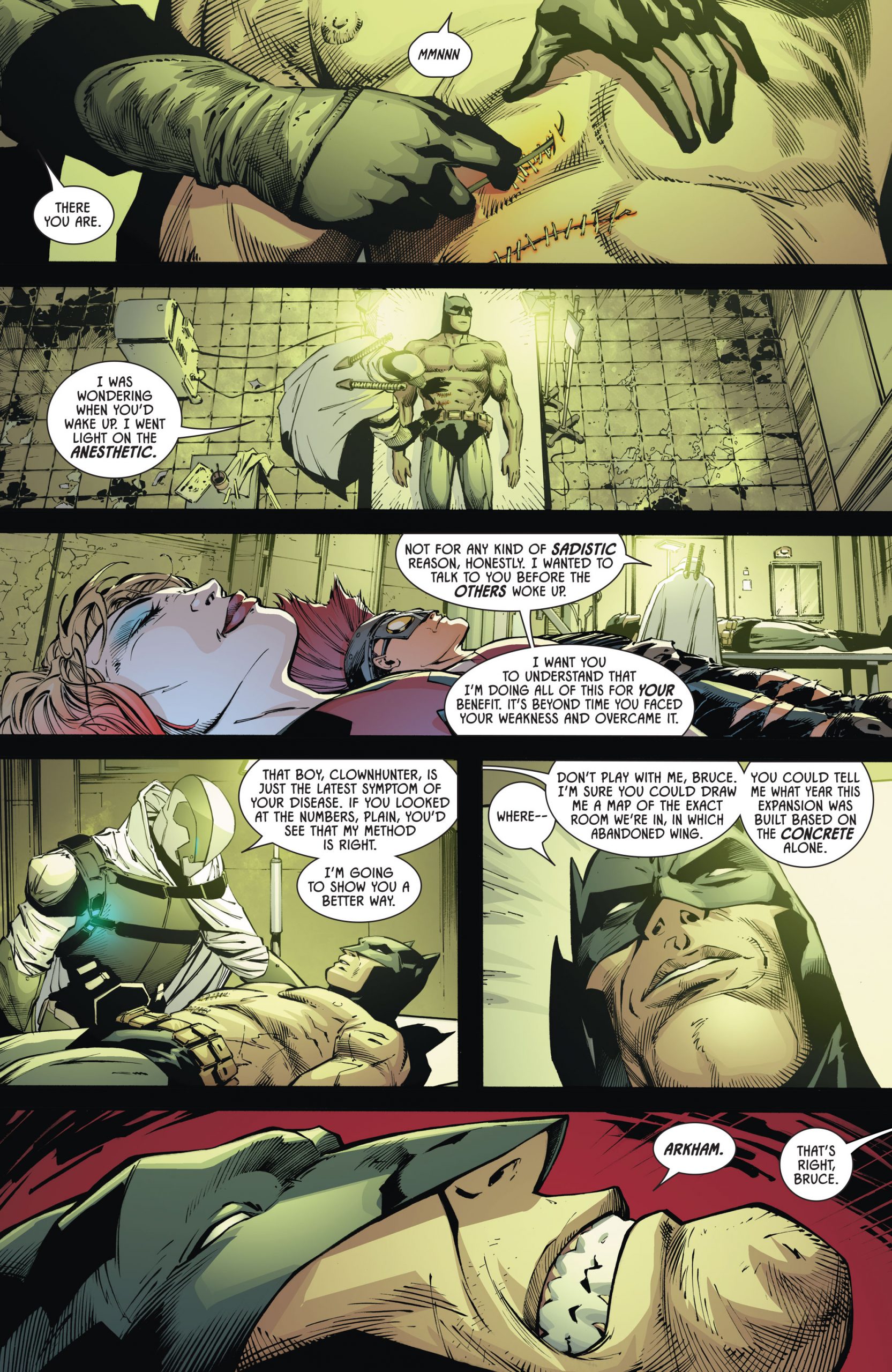 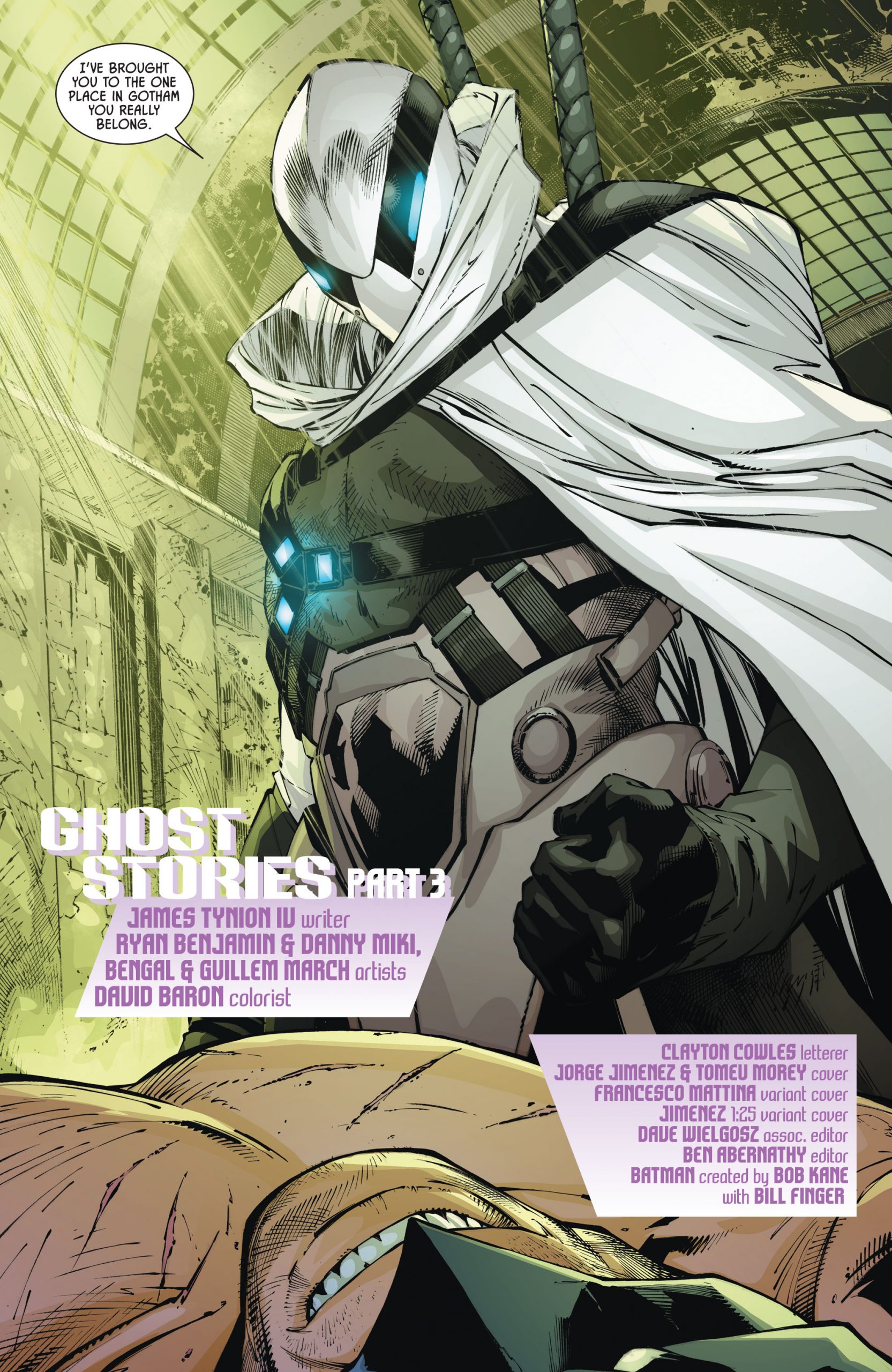 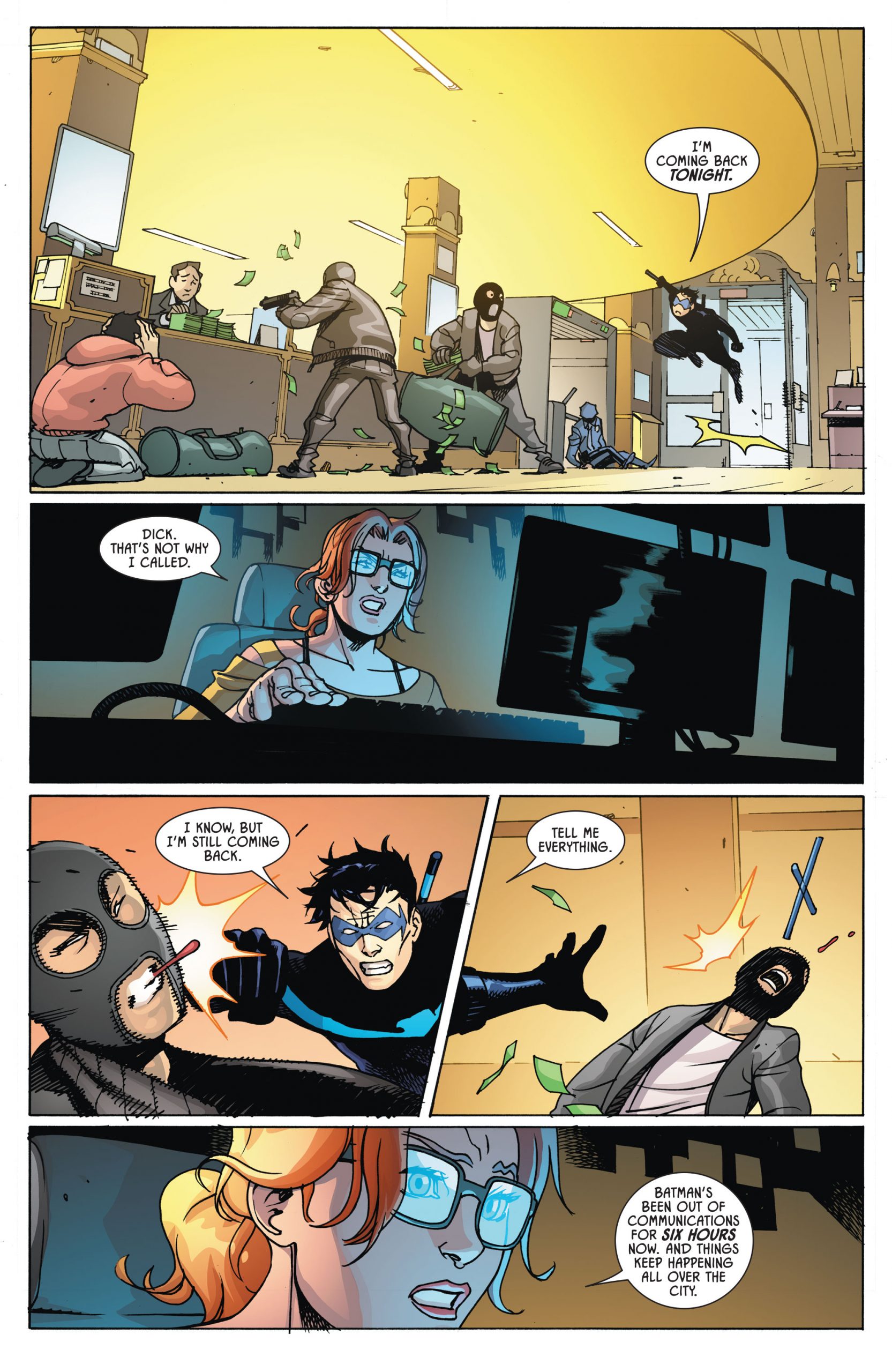 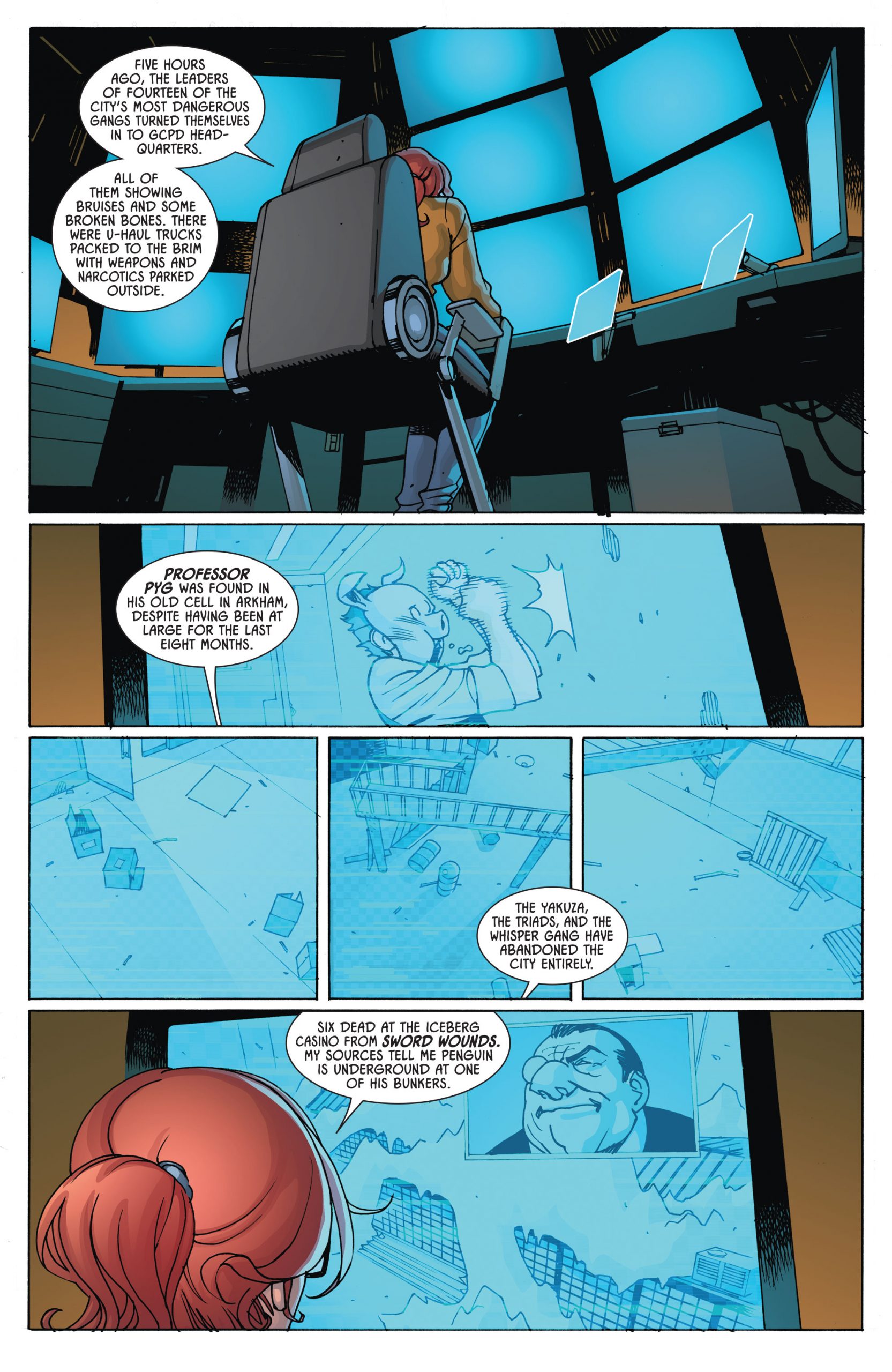 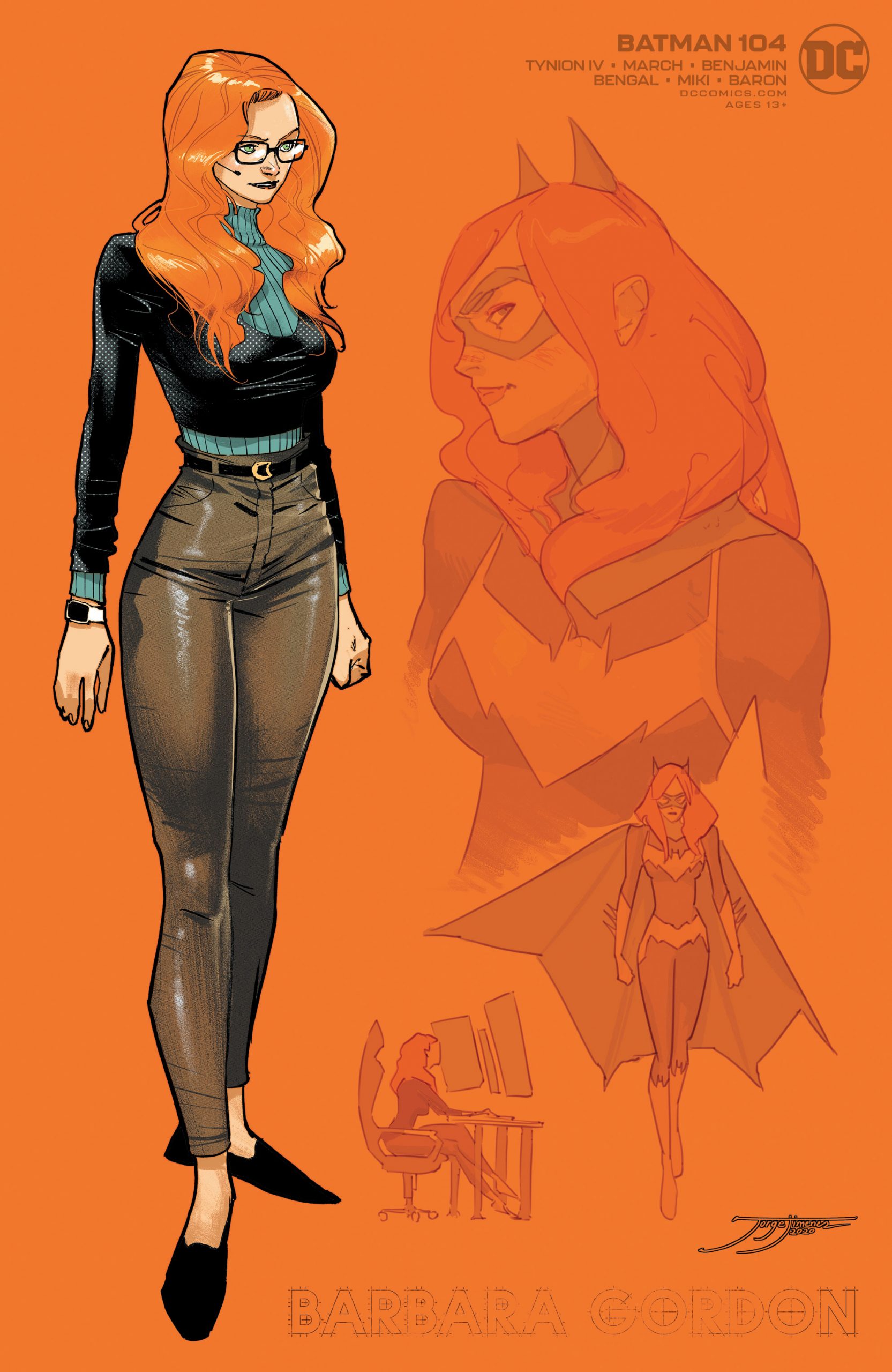 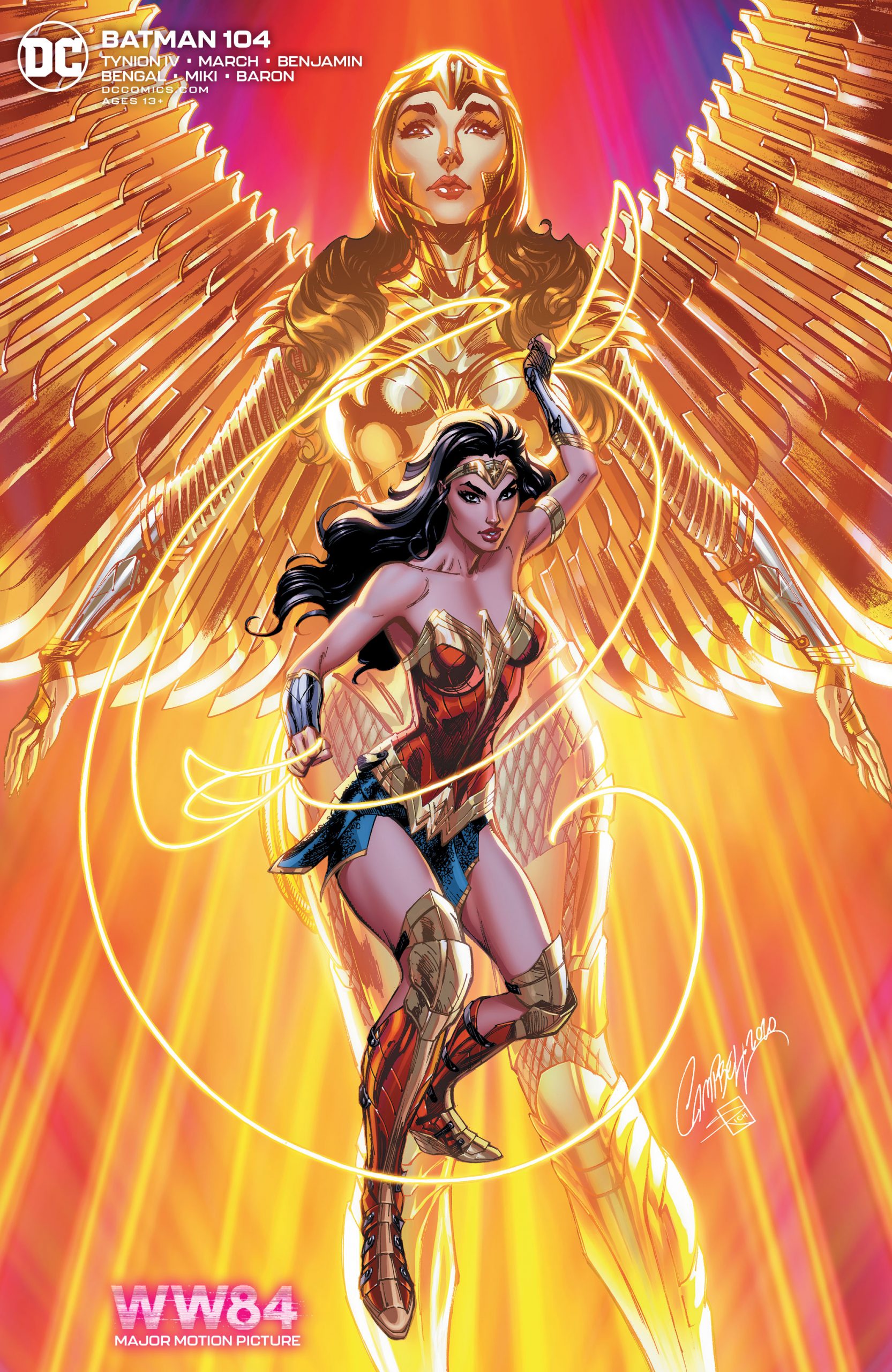 Unfortunately, in comparison the present day arc is very rote. A huge reason for that is because of the continual focus on Clownhunter. While Ghost-Maker’s shaping up to be a complex character, Clownhunter is a one-dimensional murder machine. I find him both boring, and annoying.

The other problem is Ghost-Maker’s plan. The Dark Knight’s rival talks about teaching Batman a lesson, but the trap he sets up is really boring. There are no stakes because of how unimaginatively simple it is.

The other downside of the issue is the art, as the title continues to add on even more pencilers; this issue alone boasts four different artists. The worst part is that their styles don’t even look similar, which makes for a visually inconsistent book. Why is it so difficult for DC to assign one artist to one of their flagship titles?

Batman #104 continues to be a mixed bag, in terms of quality. There are some really good scenes and ideas mixed in with pedantic, boring concepts. The art barely rises to the story, because of the wildly clashing visual styles. It’s frustrating to see Tynion beginning to craft a more interesting character like Ghost-Maker, but stick him in a very mediocre plot.