It’s time to put on a happy face! Iron Studios is releasing a 1:3 scale statue of Joaquin Phoenix’s Joker during the famous staircase dance scene from Joker.

In the highly praised Todd Phillips film, we see the origins of Batman’s greatest enemy. Arthur Fleck (Joaquin Phoenix) works as a clown for hire while he dreams of being a successful stand-up comedian. Due to mental illness that makes him laugh involuntarily, he’s treated as an outcast. When one of his failed stand-up routines makes it onto his favorite TV show, he’s given the nickname “Joker” by the host. His mental state spirals out of control from there, until he becomes the unpredictable criminal we all know.

On the base in the form of a stone staircase, with a metal handrail to its right, the future of the murderous clown, as described on the dirty and worn sheet of paper from the Gotham Examiner tabloid, which adorns the back of the base, poses as in a frantic dance stomping and kicking puddles, emulating a distorted version of Gene Kelly, from the classic Singing’ In The Rain, in a scenario inspired by the scene of the film that symbolizes his fall and total transformation into Joker, the Clown Prince of Crime, filmed in a real New York location that became a tourist spot. The figure also has two pairs of interchangeable arms to change its pose. 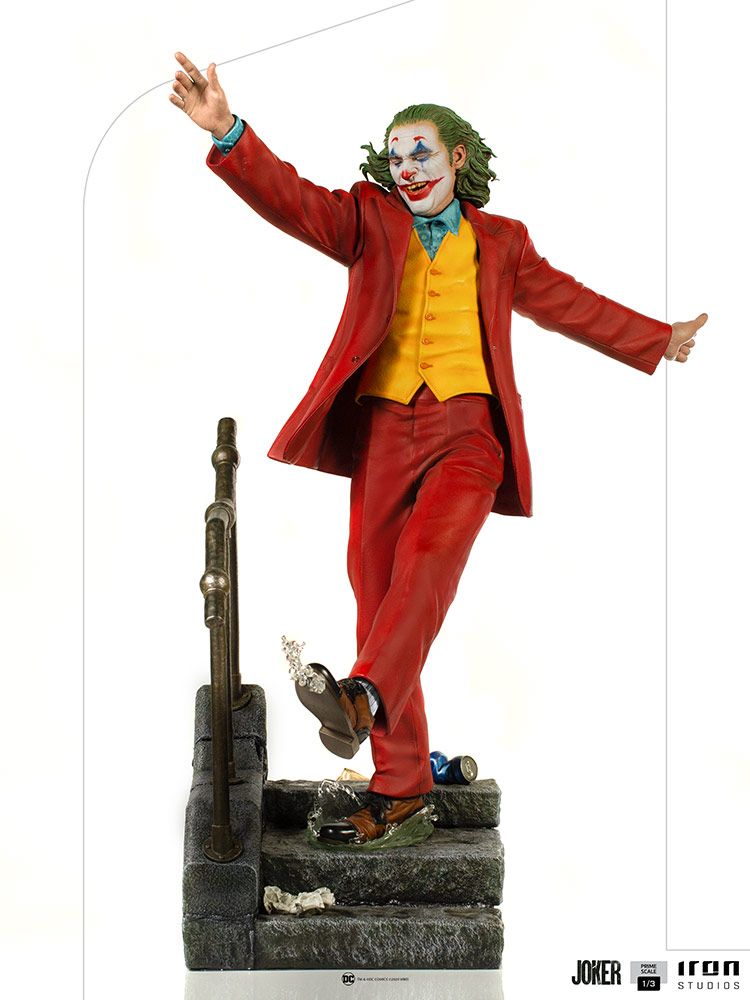 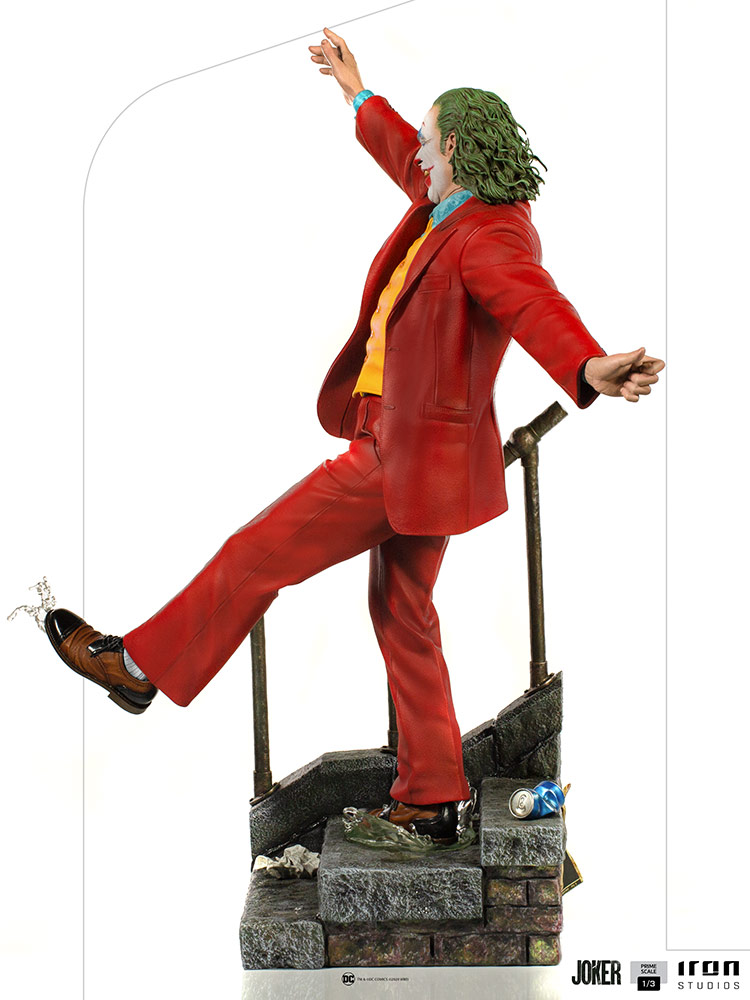 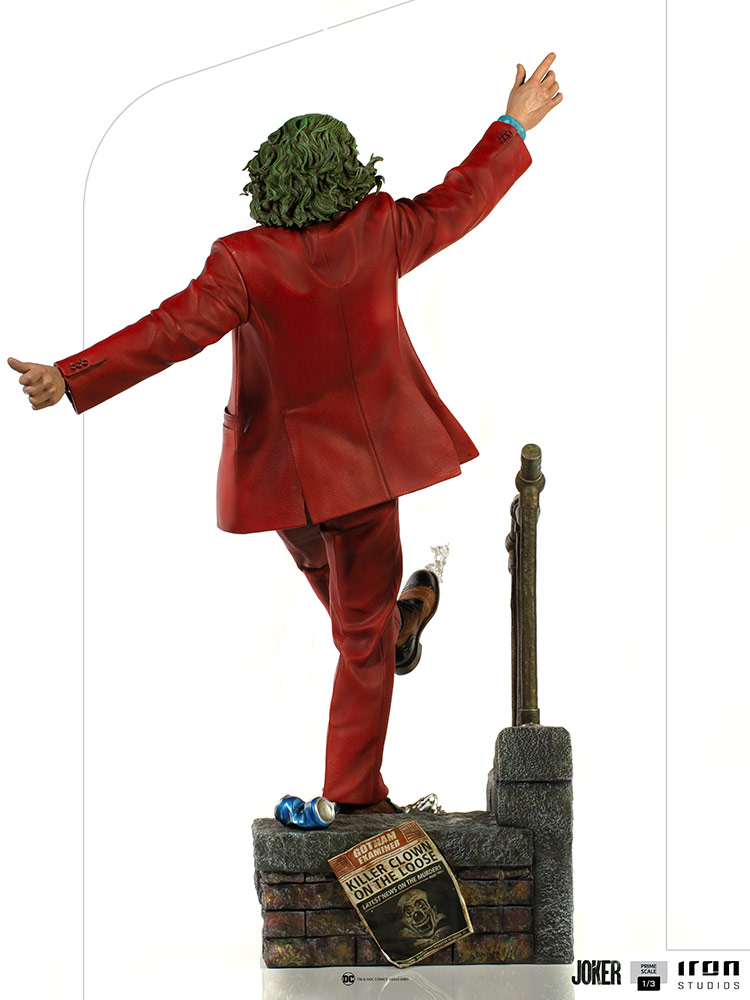 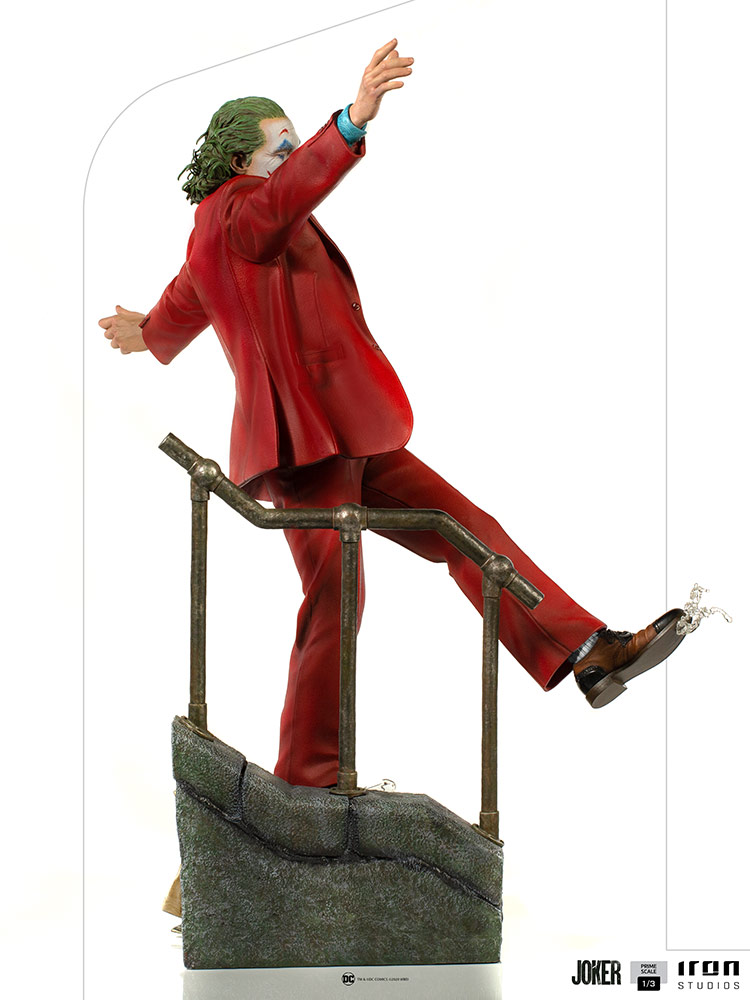 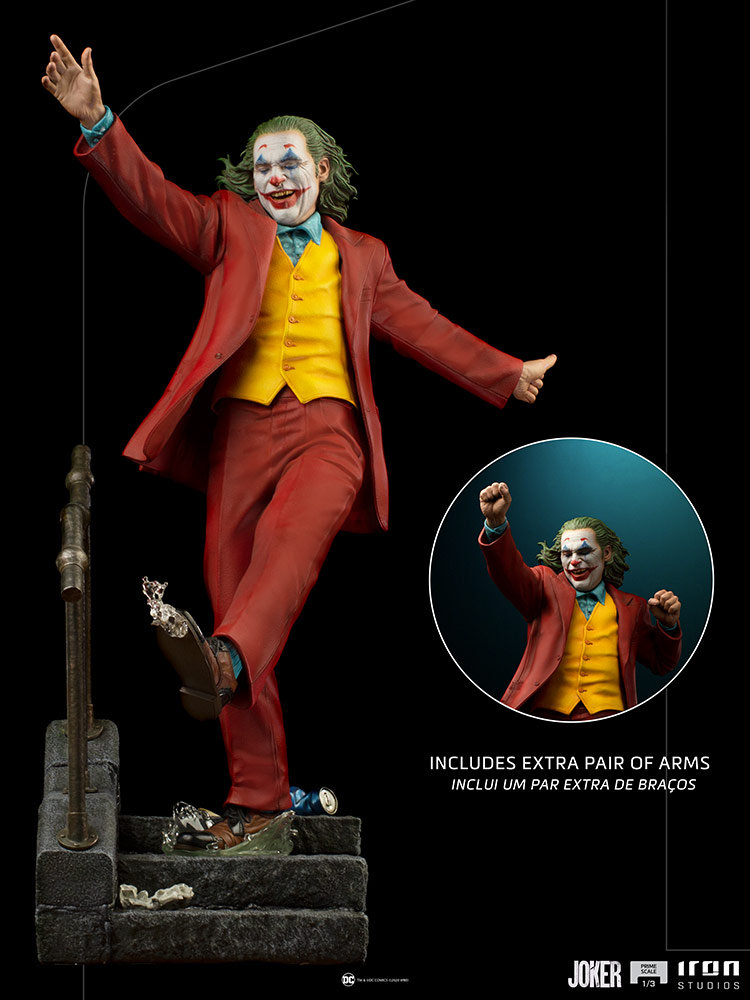 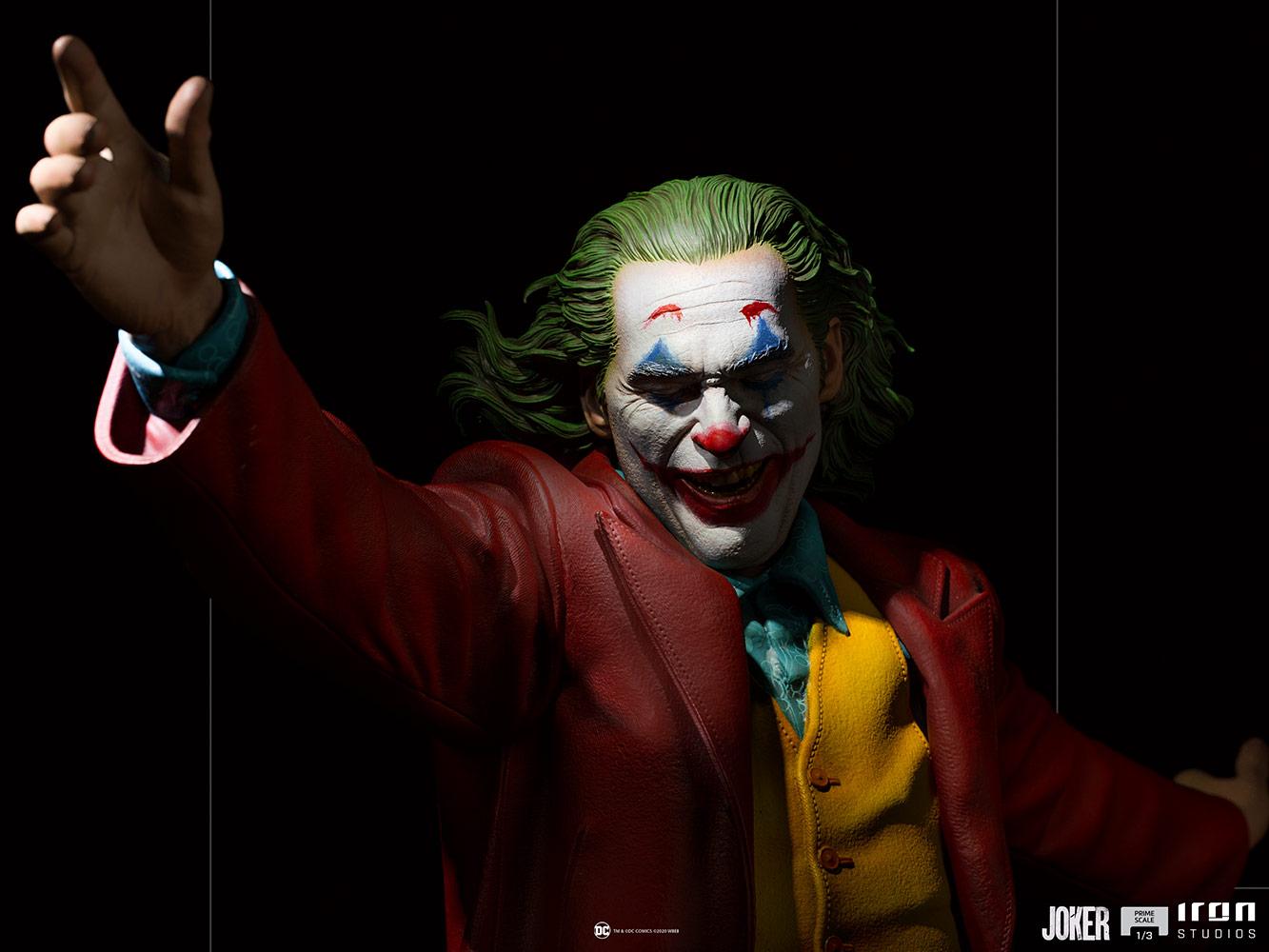 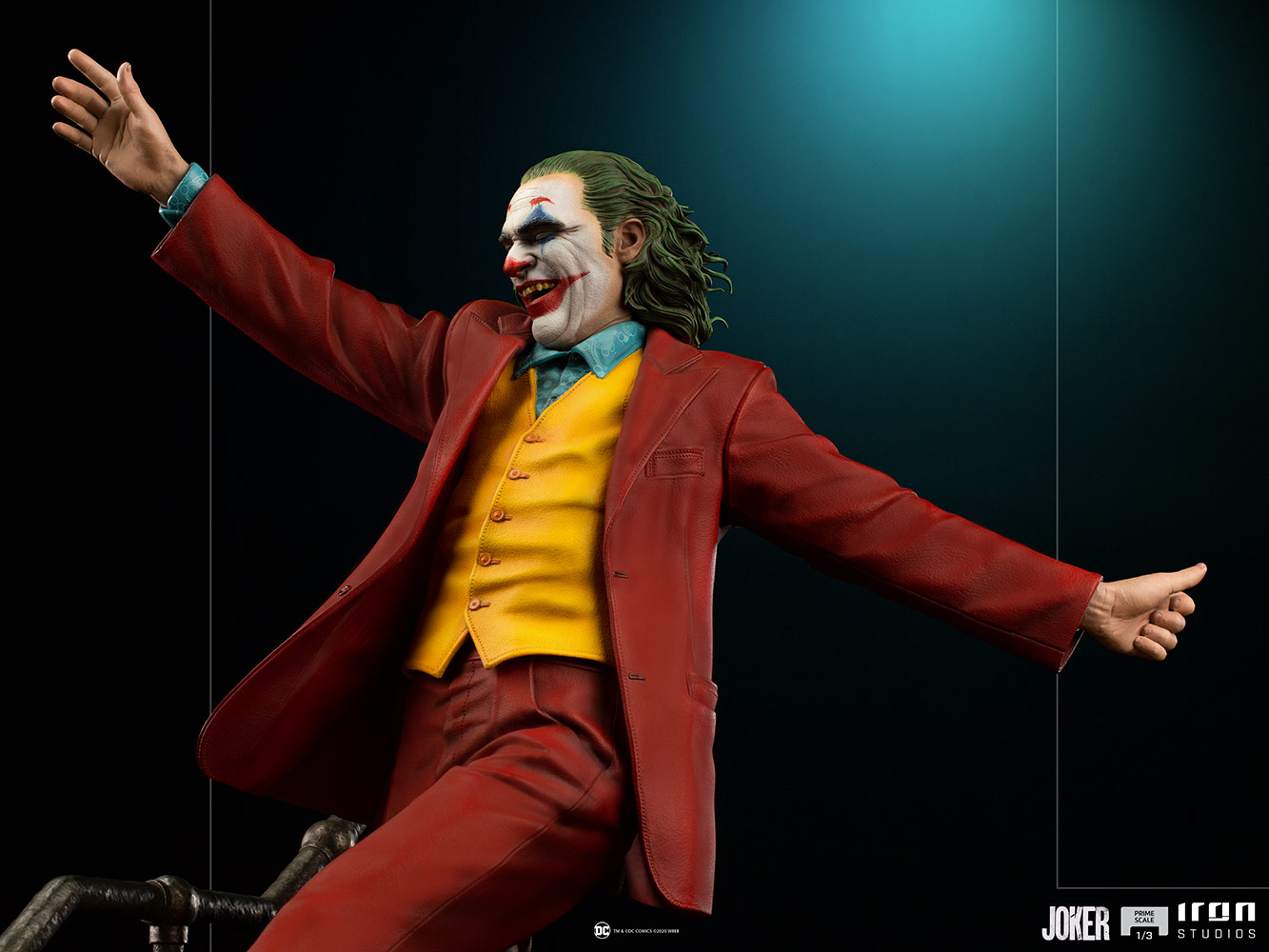 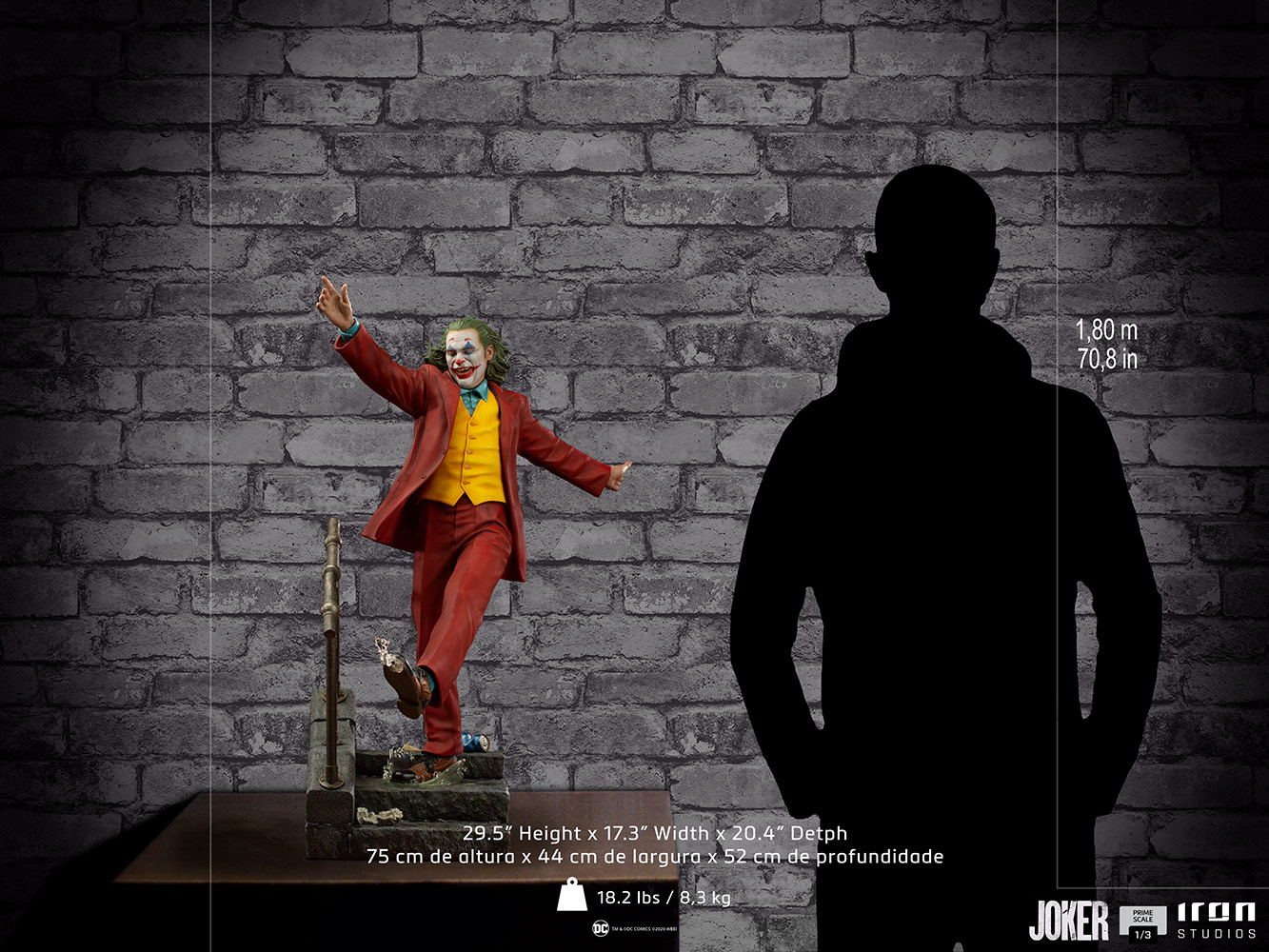 This limited edition statue is available for pre-order on Sideshow and is limited to 2 per person. It’s going for $1,150, with payment plan options available, with an estimated arrival time between July and September 2021.

Will you be getting this incredible statue by Iron Studios, based on the Oscar winning performance by Joaquin Phoenix? Let us know!