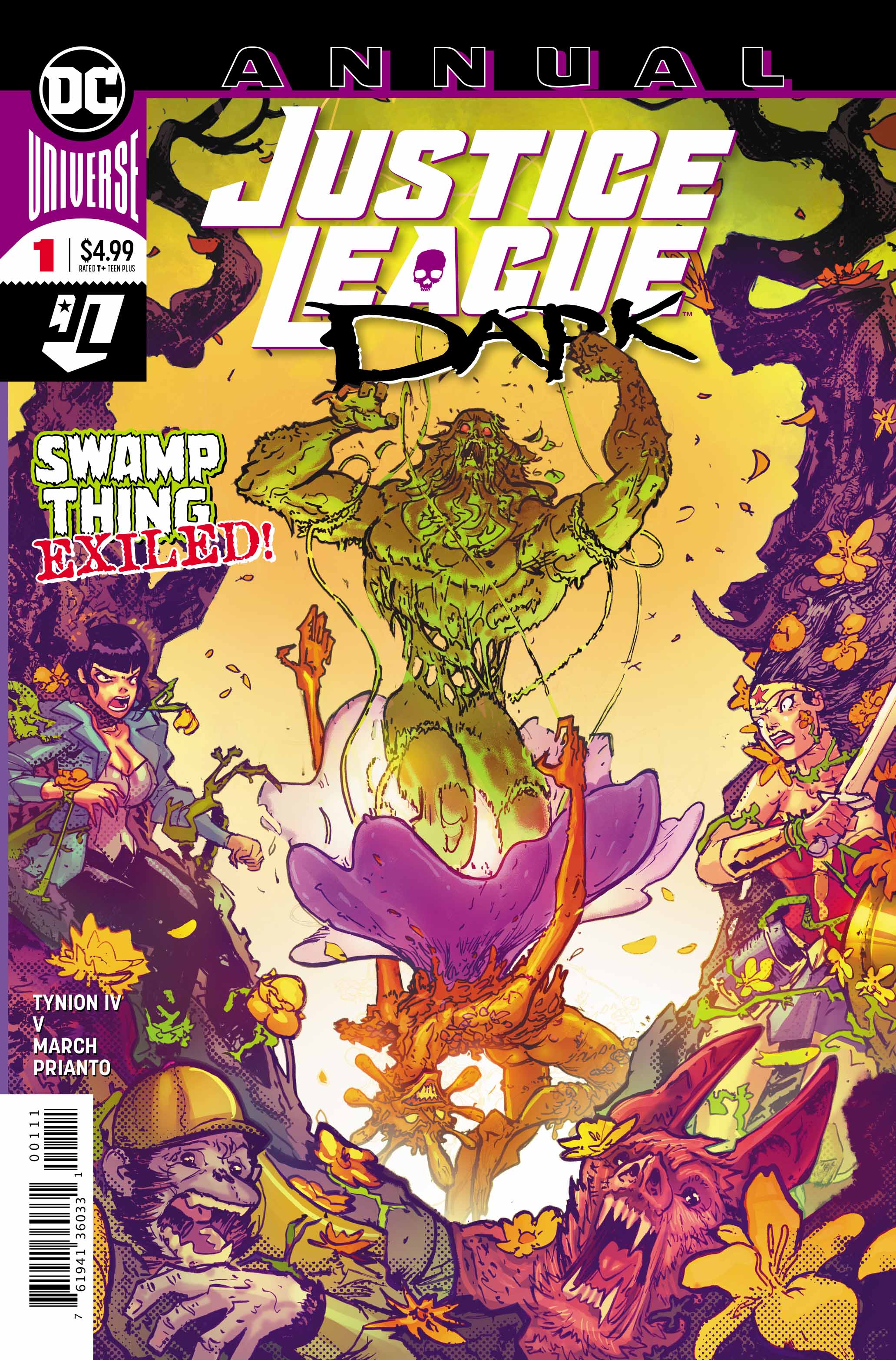 The Lords Of Order have been defeated, but that was just one battle in the ongoing war to save magic. Justice League Dark Annual #1 continues Swamp Thing’s arc from issues #1-#12, and serves as a direct follow up to #13. Oh… it’s also one of the best comics I’ve read this year.

This issue is a work of art, and a beautifully written tribute to Lein Wein, Bernie Wrightson and Alan Moore. The pages that make up the memoirs of Oleander Sorel feel like the work of Wein from the vintage Swamp Thing comics of the 1970s, while the moments between Sorrel and Swamp Thing himself, and the scenes featuring John Constantine and Swampy, are very Moore-esque.

The beautiful part is that neither James Tynion nor Ram V are aping those comics greats… no, they’re honoring them. The book still feels fresh and brand new, particularly in the way the writers breathe new life into a classic DC Comics/Swamp Thing villain, and with the way the story ends. Justice League Dark Annual #1 is a love letter to everything Swamp Thing, and with the amazing TV show due to finish next week on the DC universe streaming service, the synchronicity of this issue is astounding.

From the clever touches of naming our guest protagonist Oleander Sorrel (sounds like Alexander Holland, and both Oleander and Sorrel are plants) and the way his home looks like a synthesis of the old Houses of Mystery and secrets combined, made my ancient fan-boy heart skip a beat. These writers know their Swamp Thing lore, and I love anyone who loves the classics. Oh, and that snack at the end… chilling. It brought to mind planarian worms, and Einstein on pumpernickel. Thank you Ram V and James Tynion. 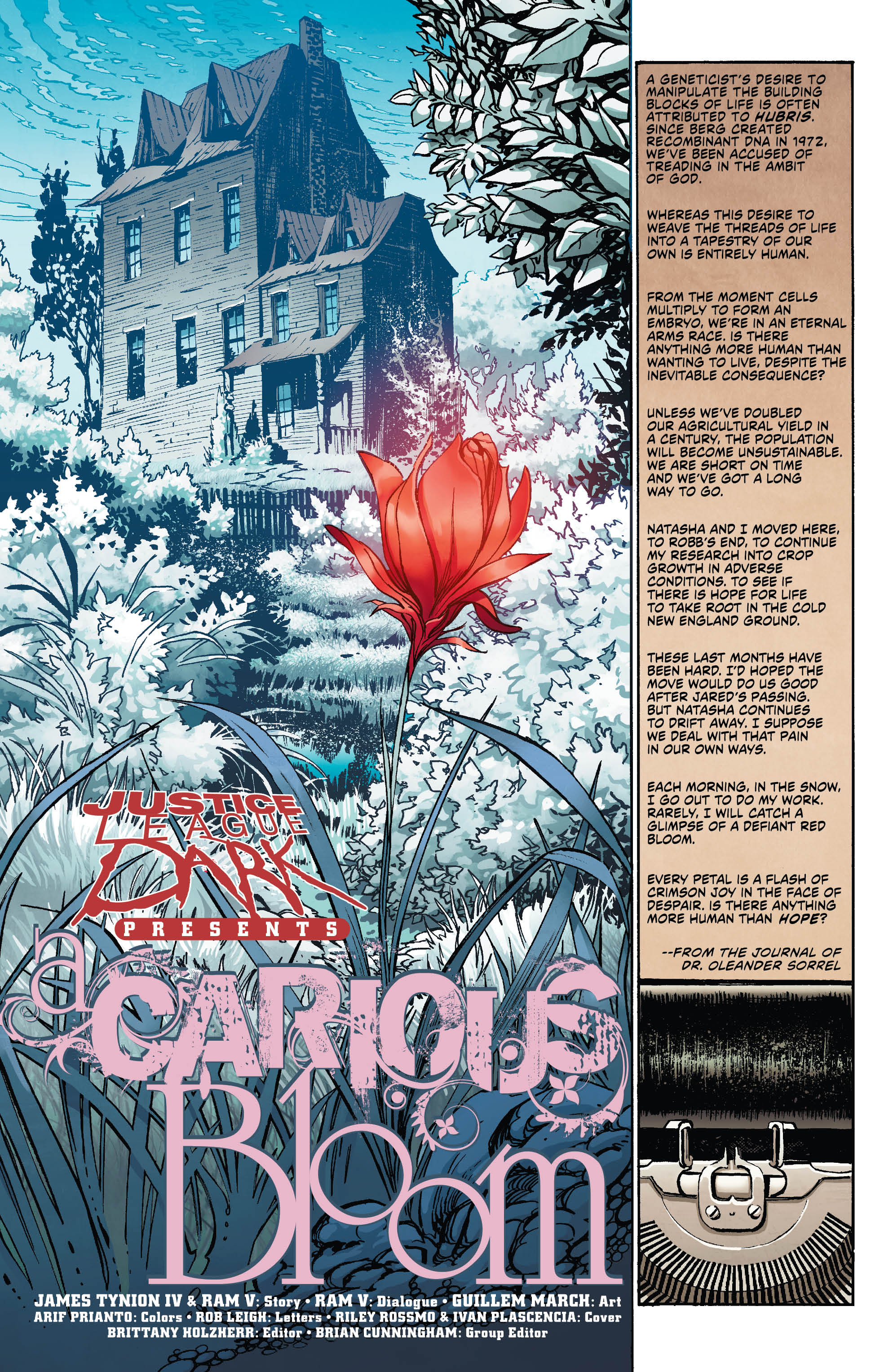 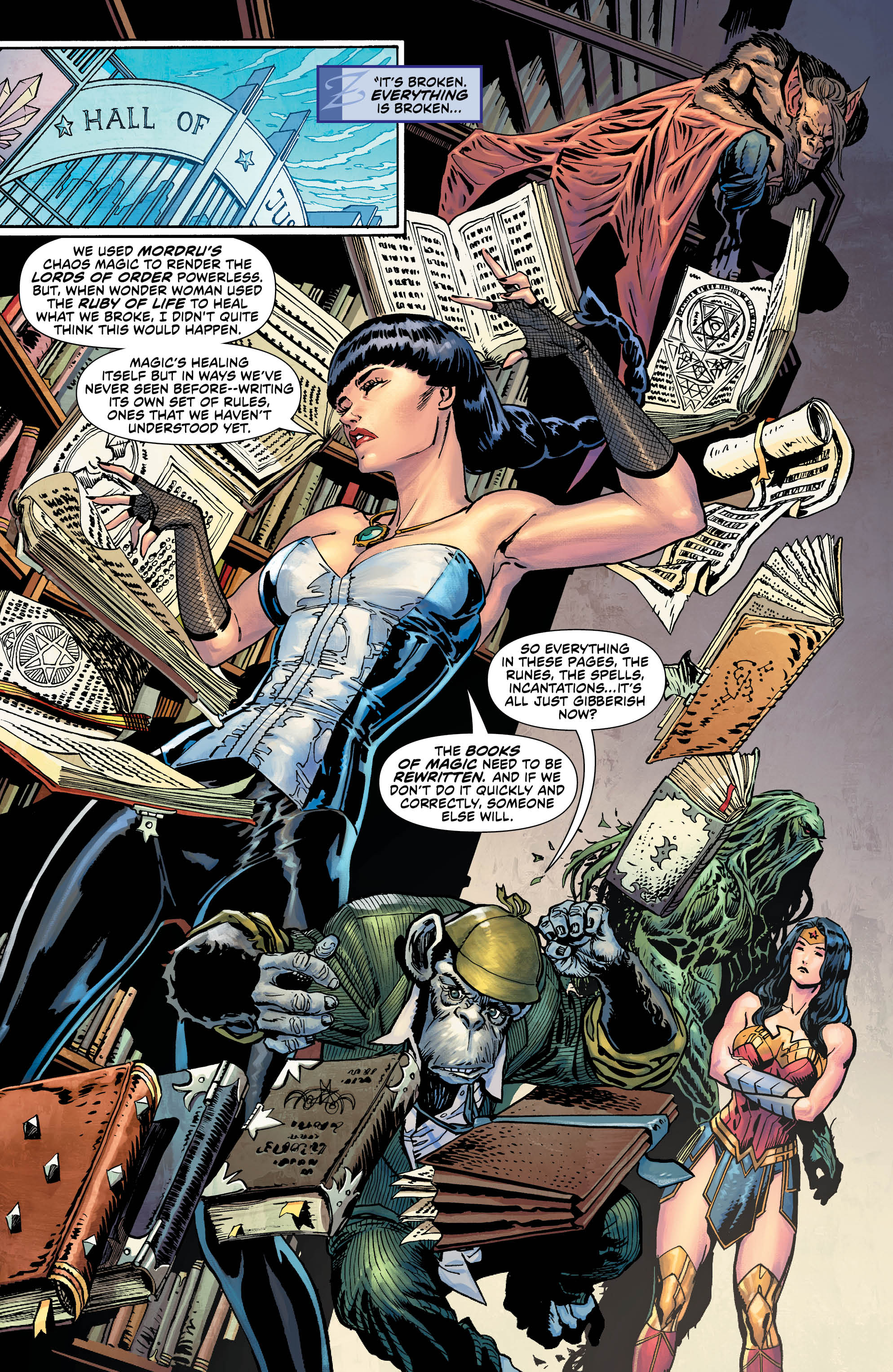 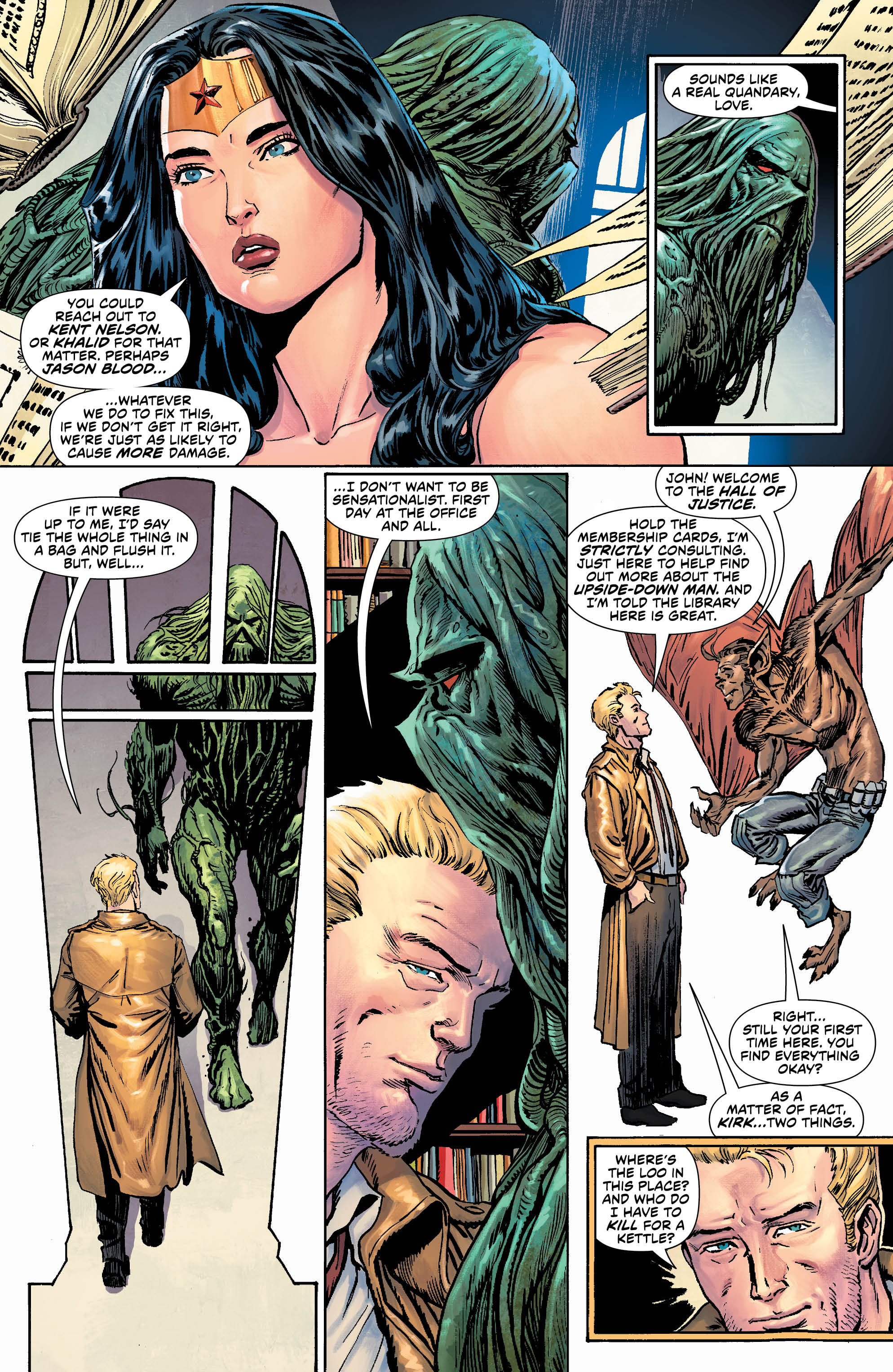 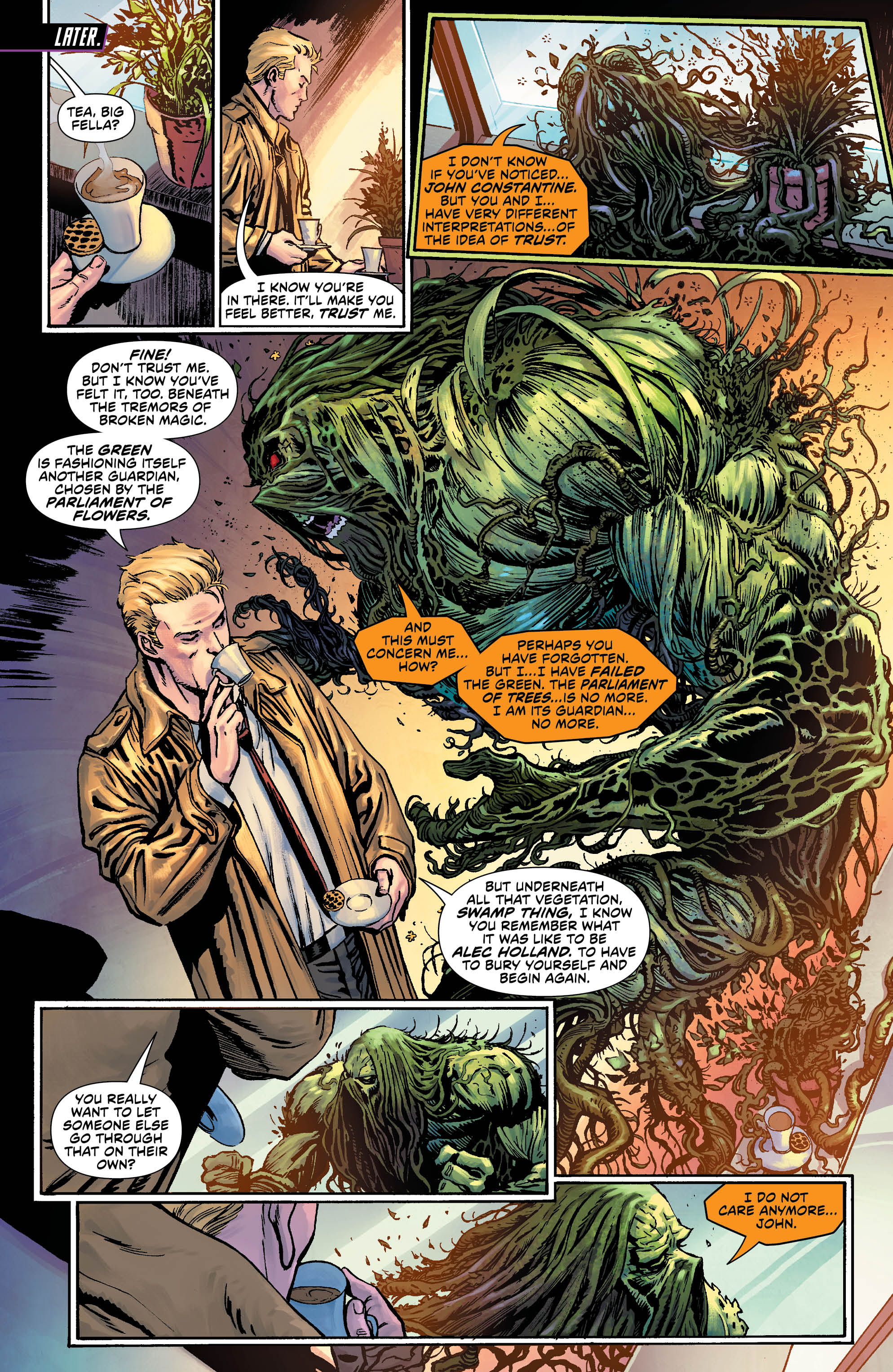 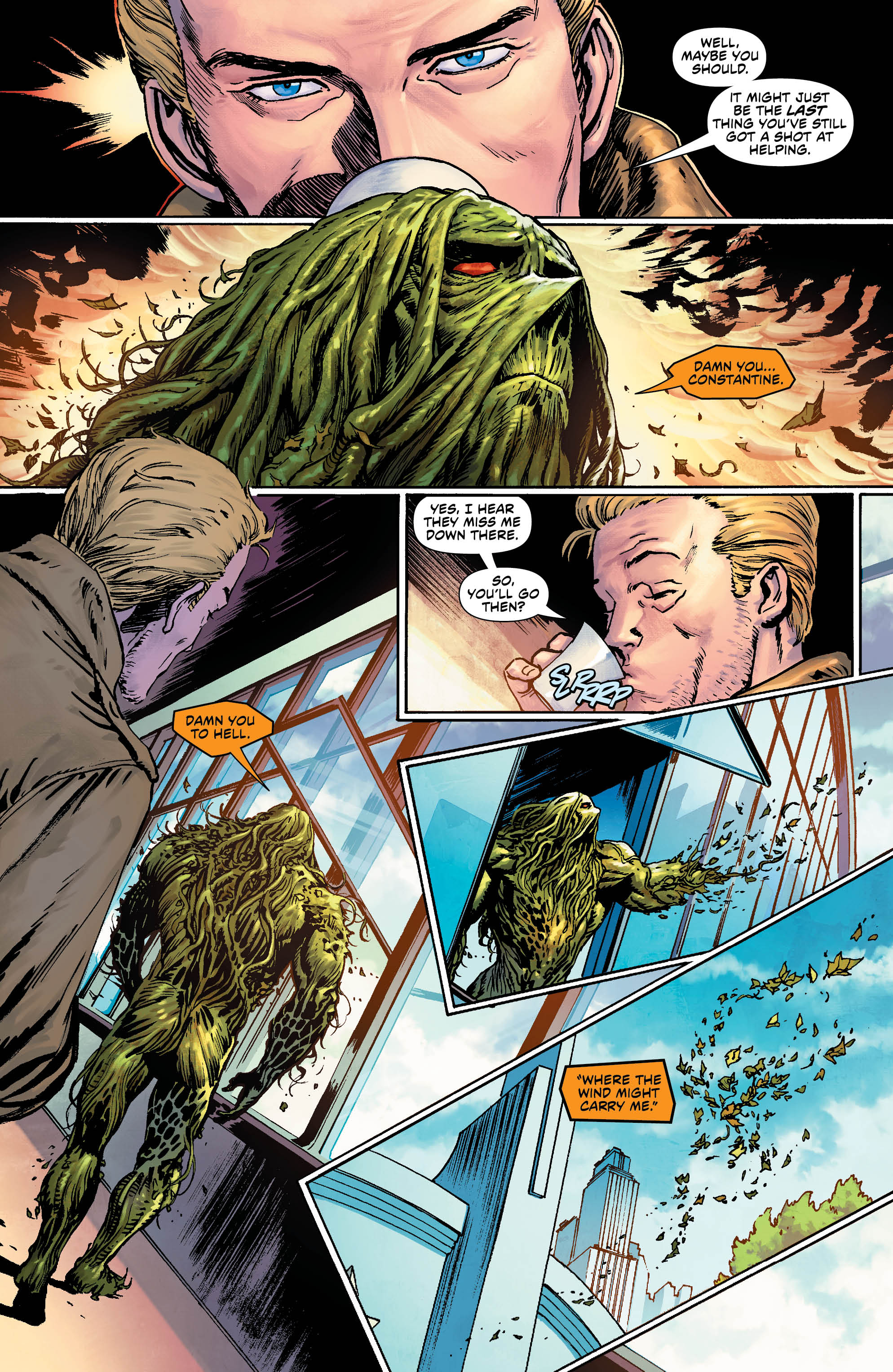 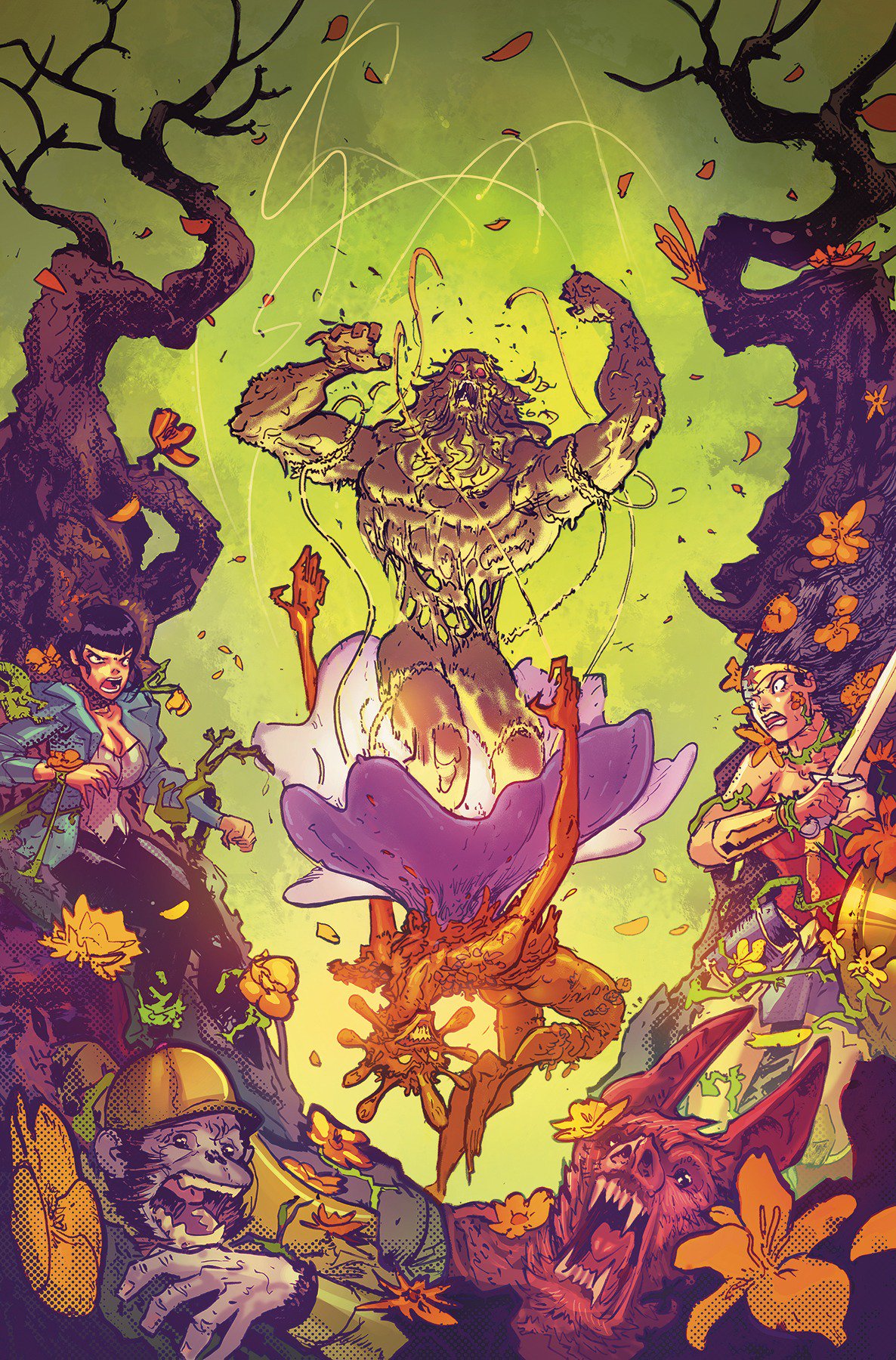 Pretty As A Flower

Of course, comics work best when the writing is complemented by and enhanced with beautiful art. The work of Guillem March and Arif Prianto in this issue is just that… beautiful. It’s also dark, scary, surprising and ethereal. March’s art has always had a light, almost ghostly feel, which is perfect for this type of story. Prianto’s hues go from washed out water colors, to earthy and leafy tones, like those provided by mother nature herself. As you can imagine, that’s all very fitting considering the subject matter.

Letterer Rob Leigh also breaks out his floral palette, giving the various emissaries of the Green their own different shades of flower petal pink, or moss green speech bubbles. The way he’s worked with Prianto here is astonishing, because the dialogue could so easily have clashed with the art.

I am totally in love with Justice League Dark Annual #1 and will be buying multiple copies. I’ll keep one, read others until they disintegrate, and I’ll also purchase gift copies. This is a comic that I want to present to the people who got me reading Swamp Thing, and introduced me to comics that didn’t all feature gorgeous people in tight costumes, beating the bejeezus out of each other. I also want to give copies to my son and my cousin, who I helped become comics fans.

The issue stands up by itself, it continues the story from the ongoing series, and is a beautiful tribute to Swamp Thing. This is a comic-book that will be treasured by the character’s fans for years to come.