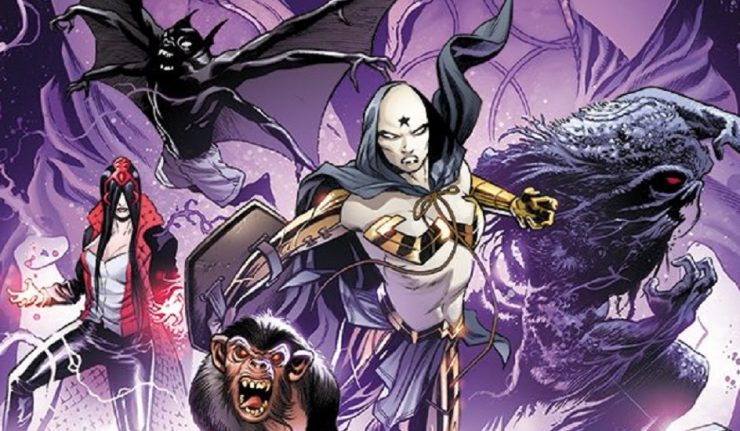 “The Lords Of Order” – Chapter Five 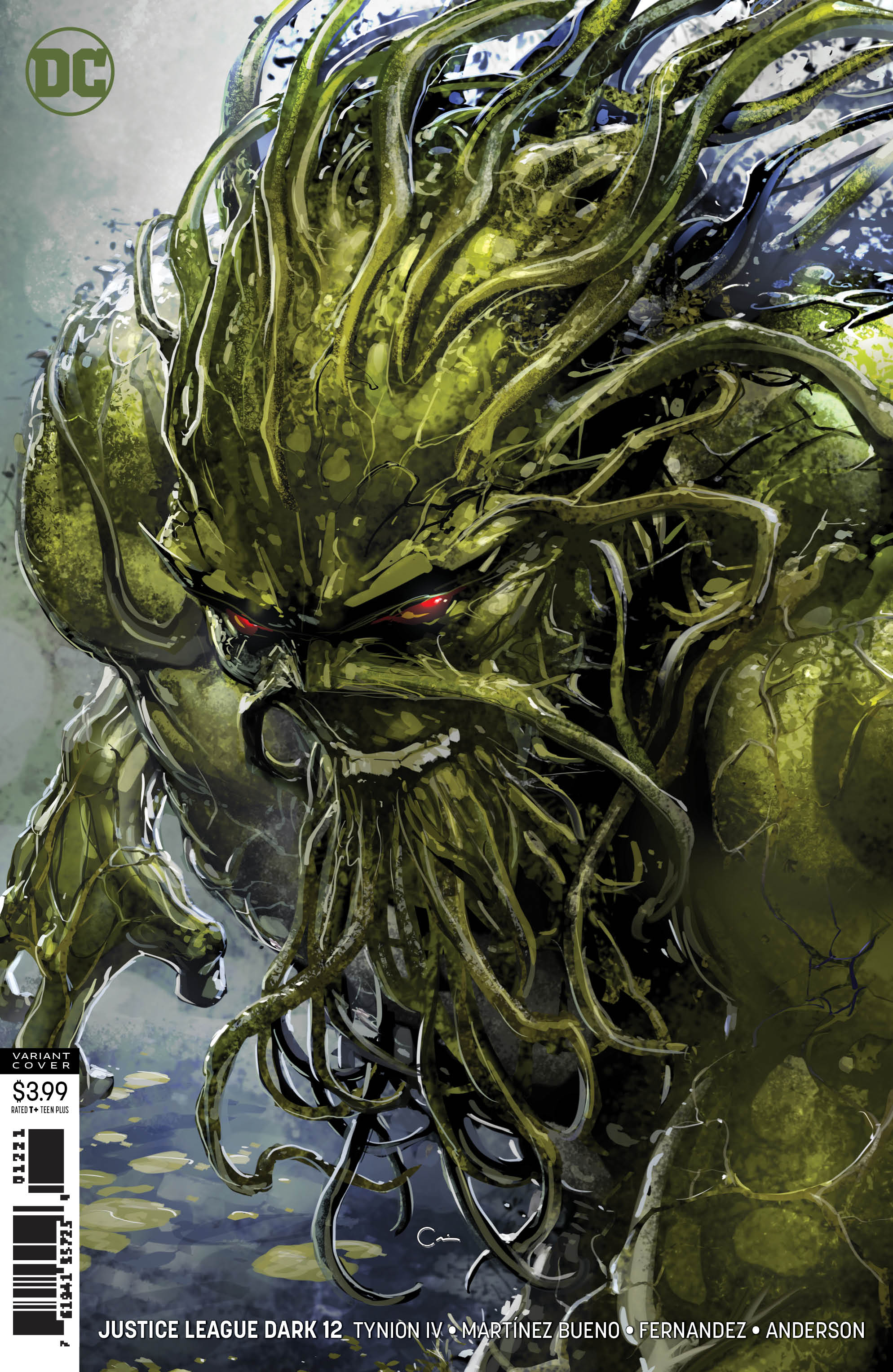 Justice League Dark #12 is a masterpiece. This issue, which marks the end of James Tynion’s first year as writer on this series, is both a culmination of everything that came before, and a brand new starting point. The way that he’s pulling together plot threads originally sown during his run on Detective Comics, using clues left in Dark Nights: Metal and No Justice, yet is still creating something that is totally his, is simply stunning.

The issue begins with a flashback, where we see Diana and the core Justice League discussing the oncoming magical war. Then we’re dragged kicking and screaming back to the present, and the evacuation of Myrra. Doctor Fate and the Lords Of Order’s plan to unravel magic, bend it to their whims and control it, always had one fatal flaw. In this issue we learn what that is.

The results are mind-blowing. 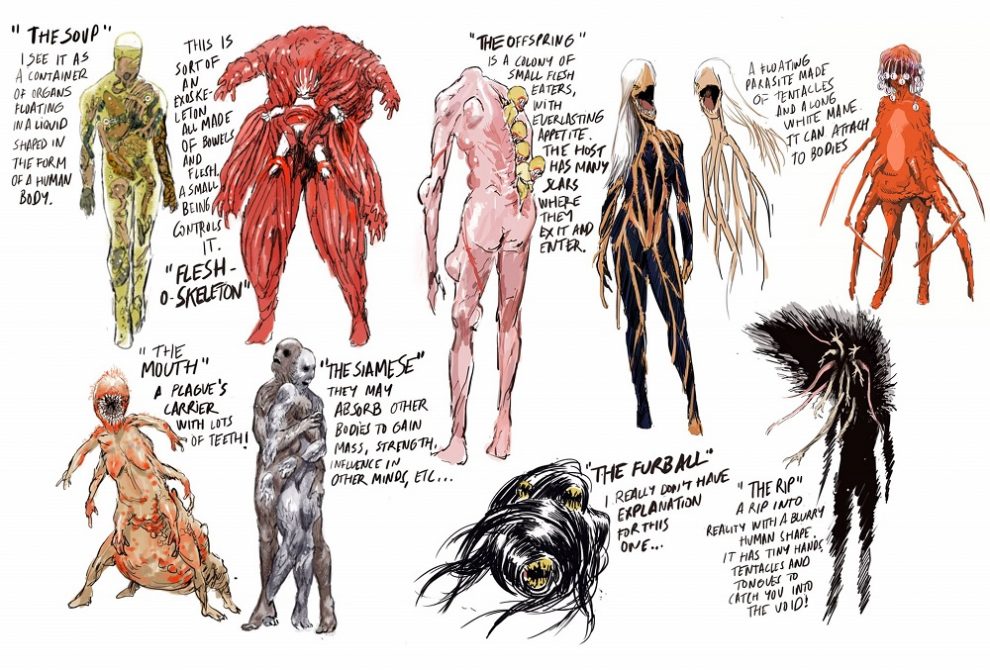 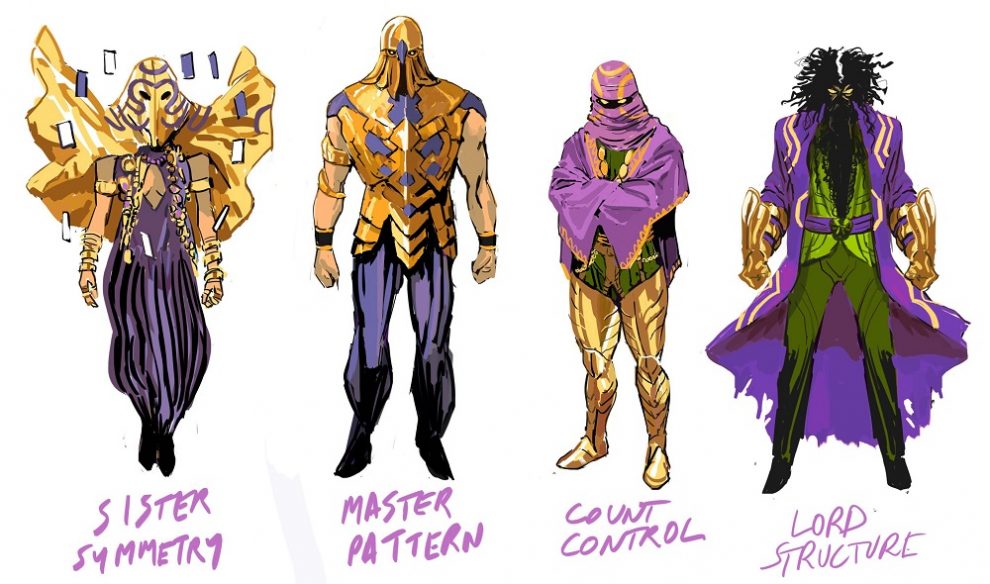 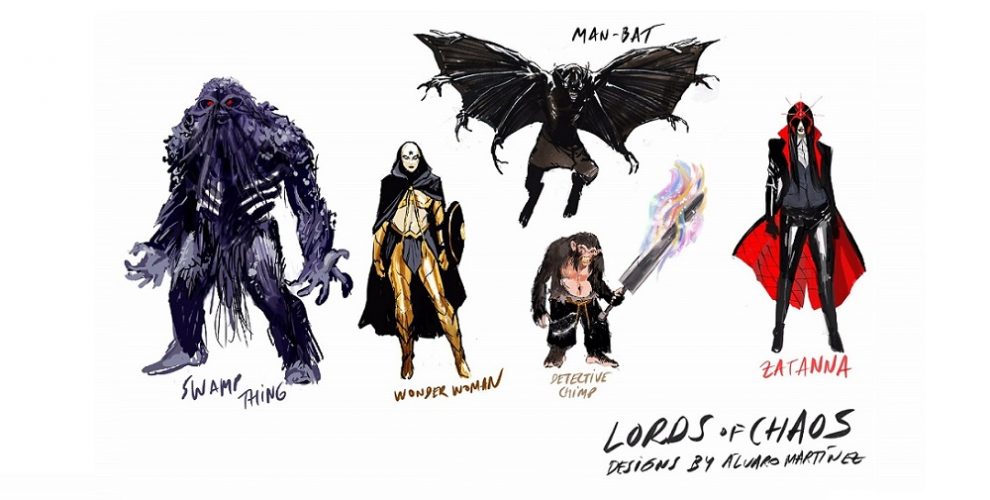 Reality Ain’t What It Used To Be

The art in this title has always been some of the very finest in all of comics, a fact that I’ve stated and reiterated ad-nauseum over the last 12 months. What Álvaro Martínez, Raül Fernandez and Brad Anderson have given us in issue #12 could very well be their best work yet. Just look at Álvaro’s re-designs of Wonder Woman, Zatanna, Swamp-Thing, Man-Bat and Detective Chimp!

Pages, panels, heroes and villains are pulled, stretched, ripped and shredded, as two opposing magical forces collide. The way our team of heroes become the new Lords Of Chaos is superbly handled, and visually stunning. Every page is eye candy; the senses are jarred and energy, color and character abound. These artists are far more than three individuals delivering pencils, inks and color. No. They’re a team as formidable as any we read about in the comics that we love. 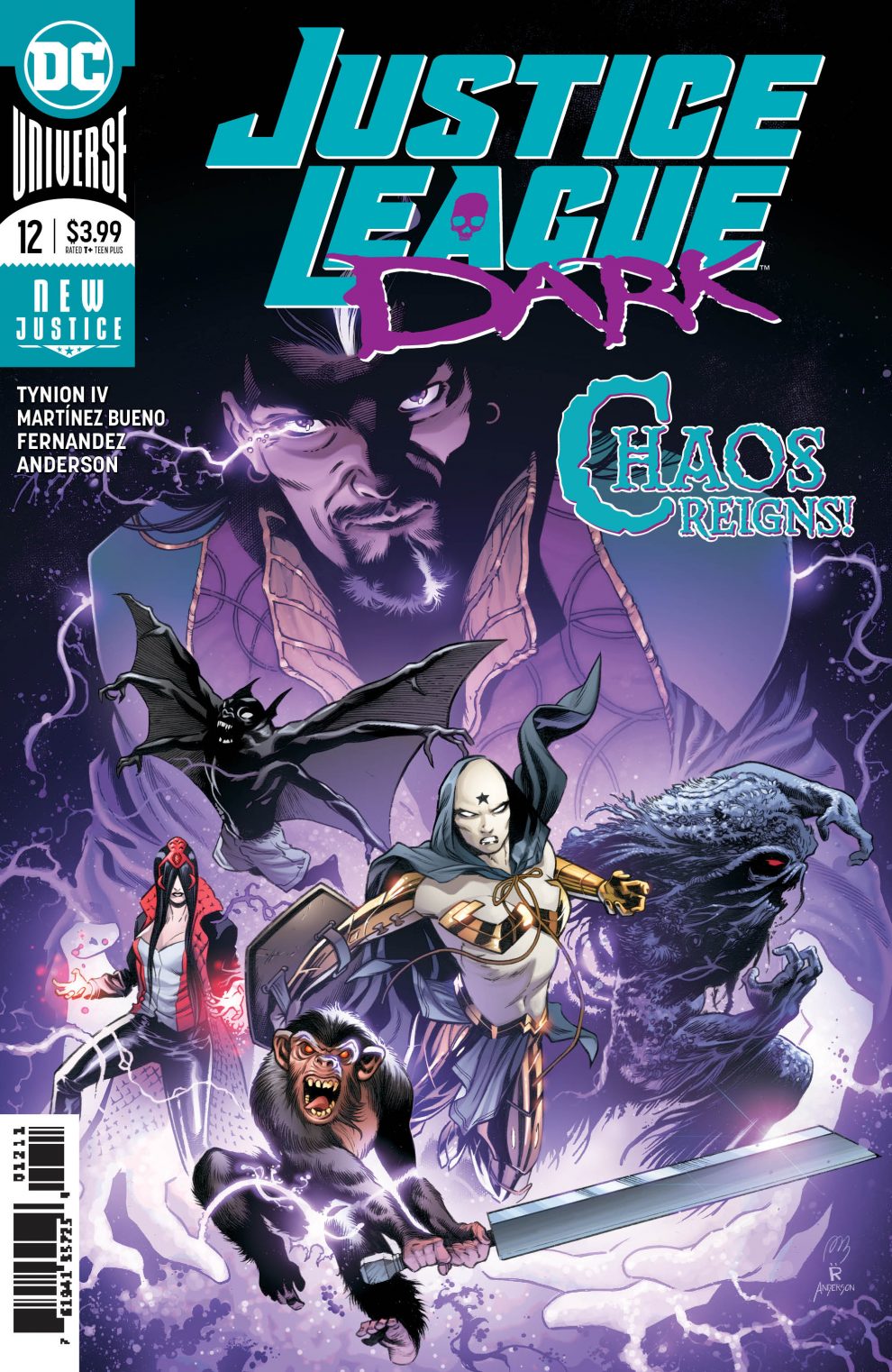 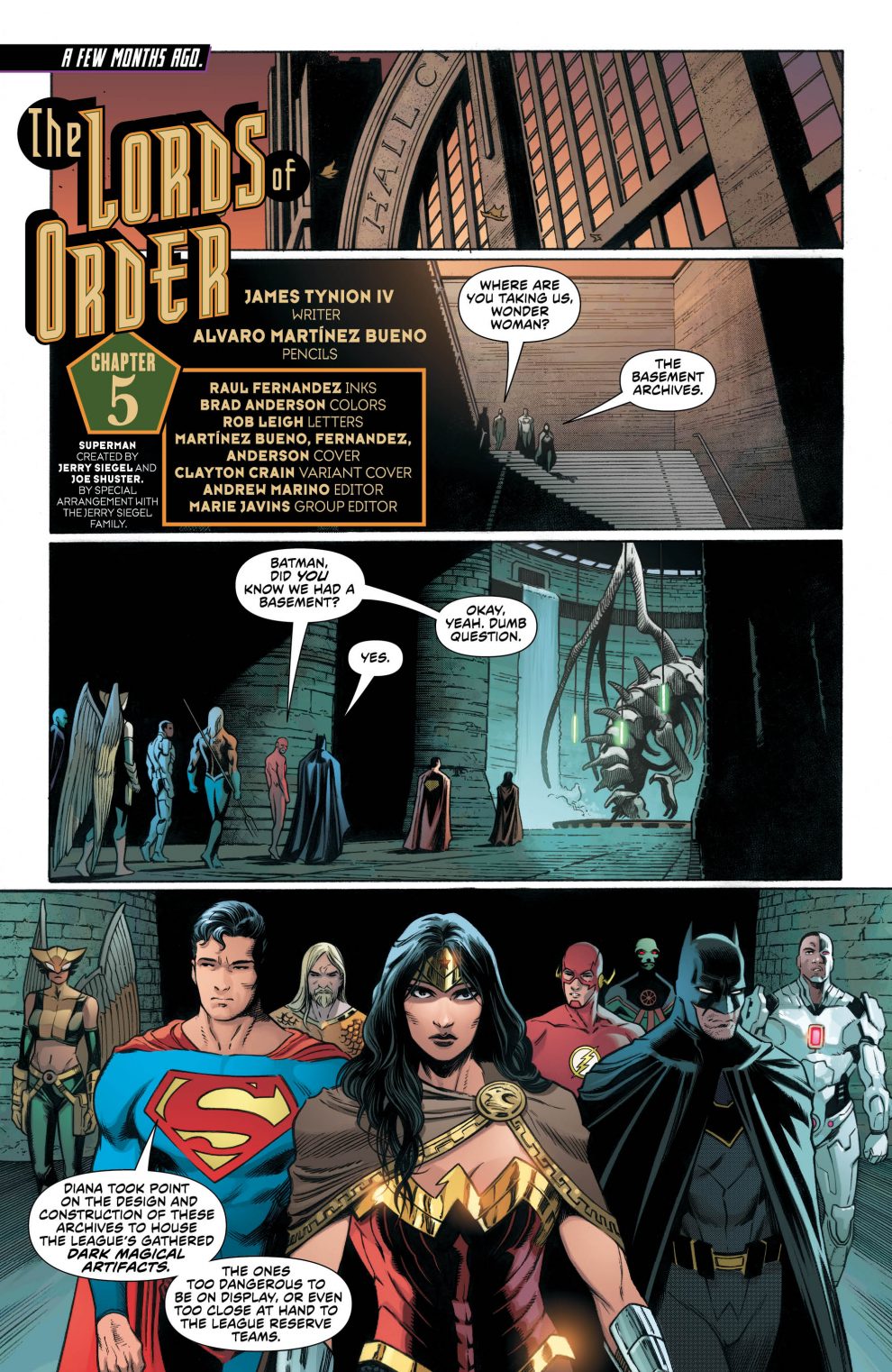 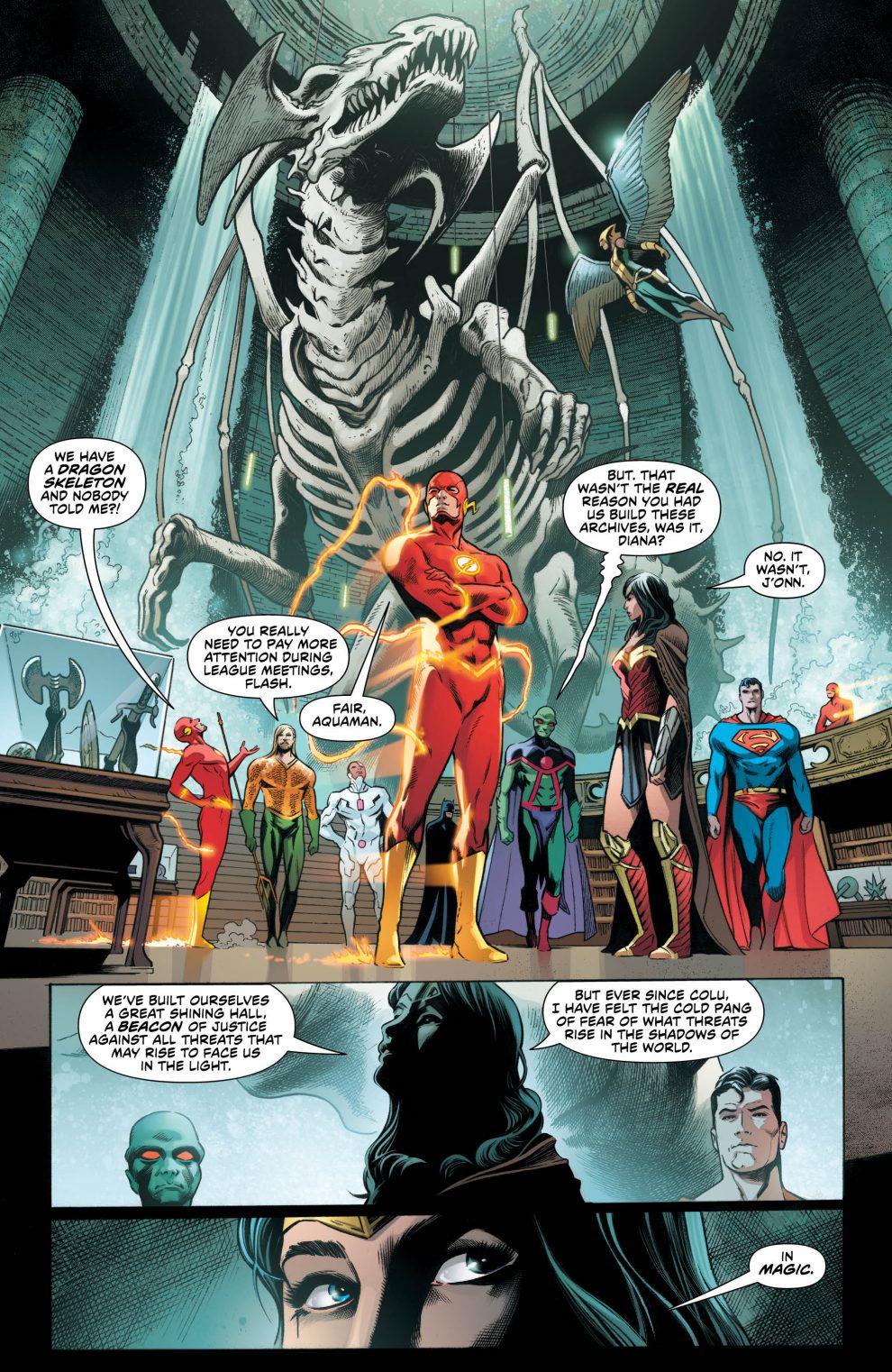 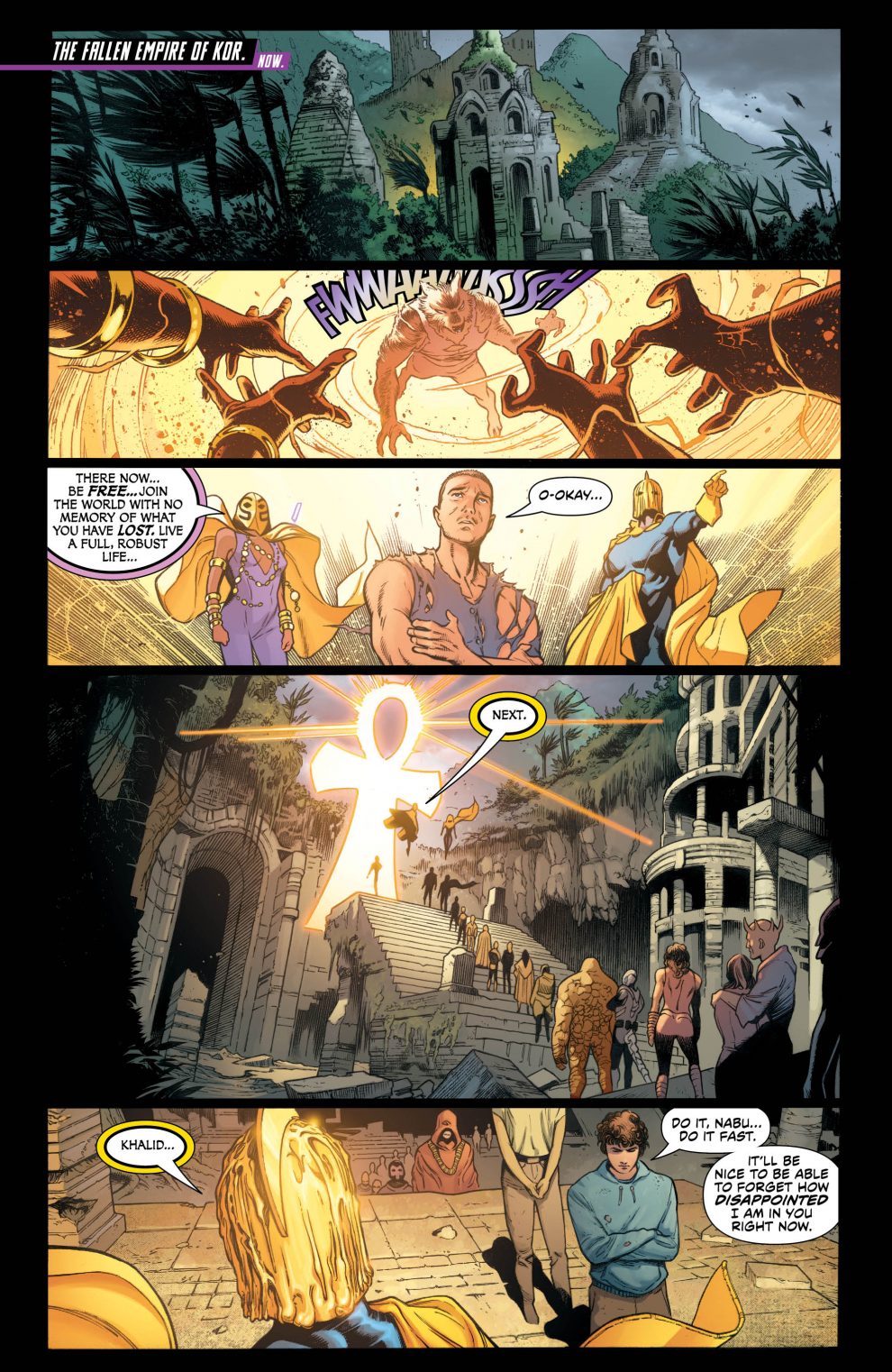 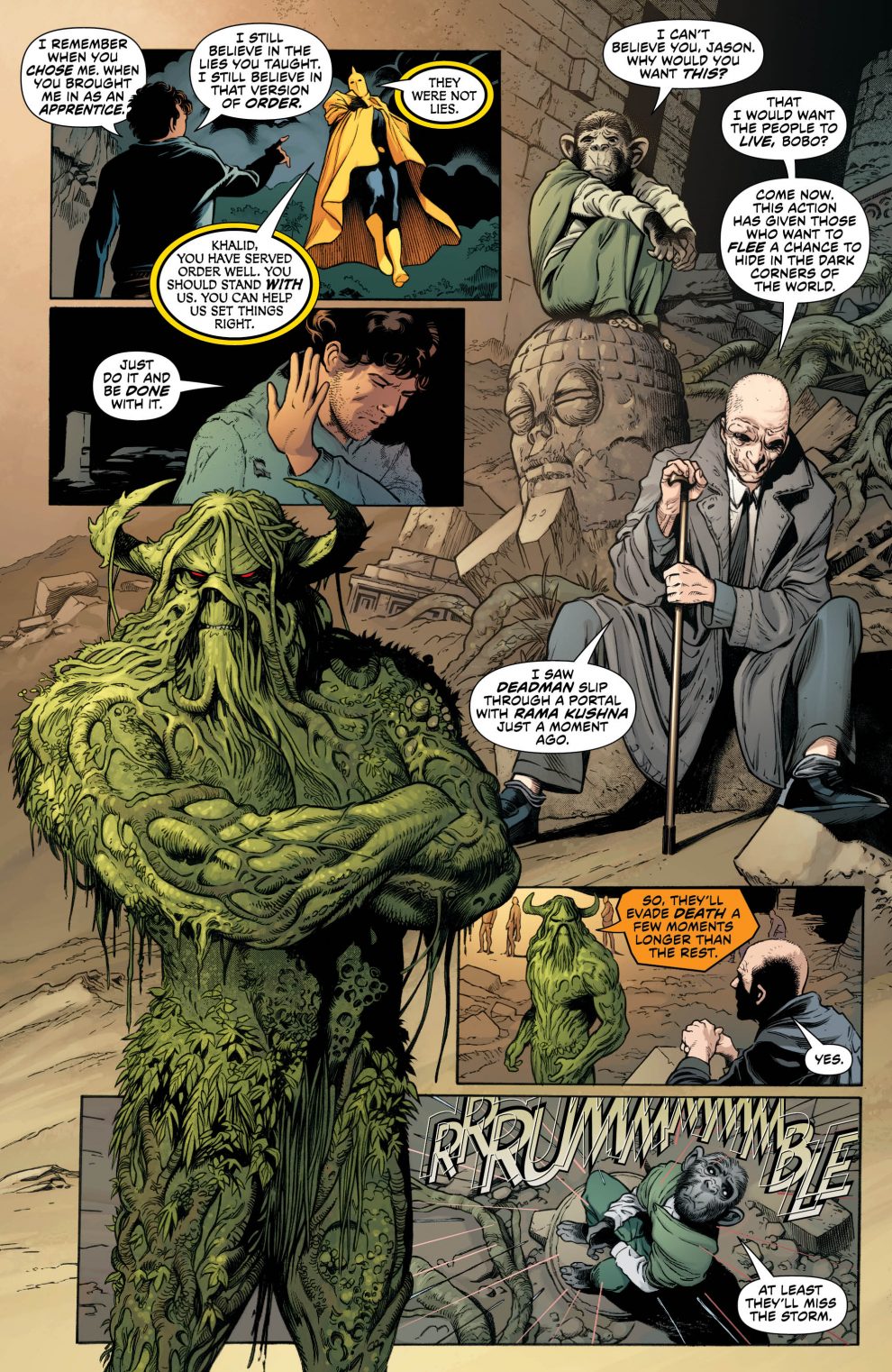 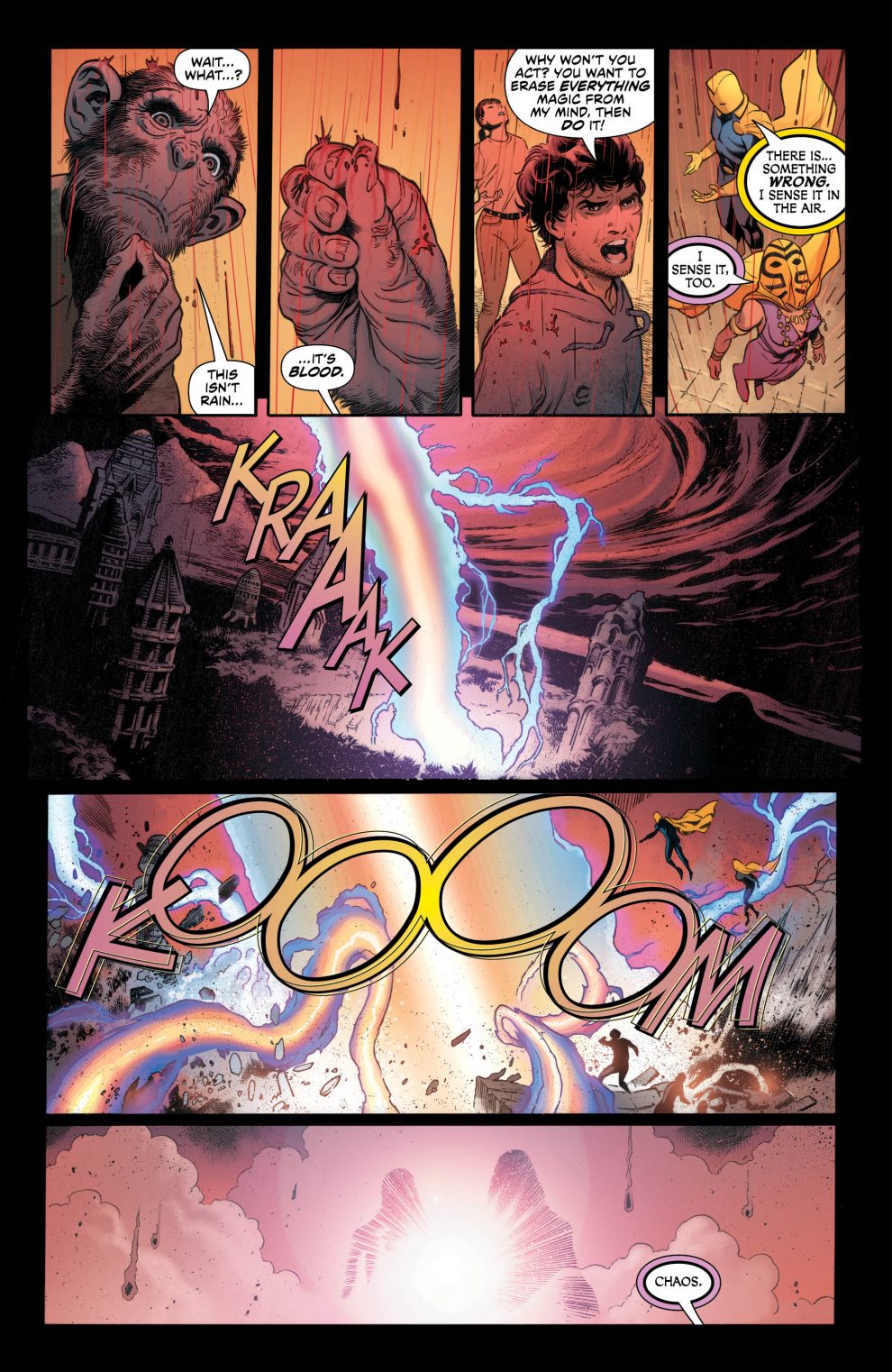 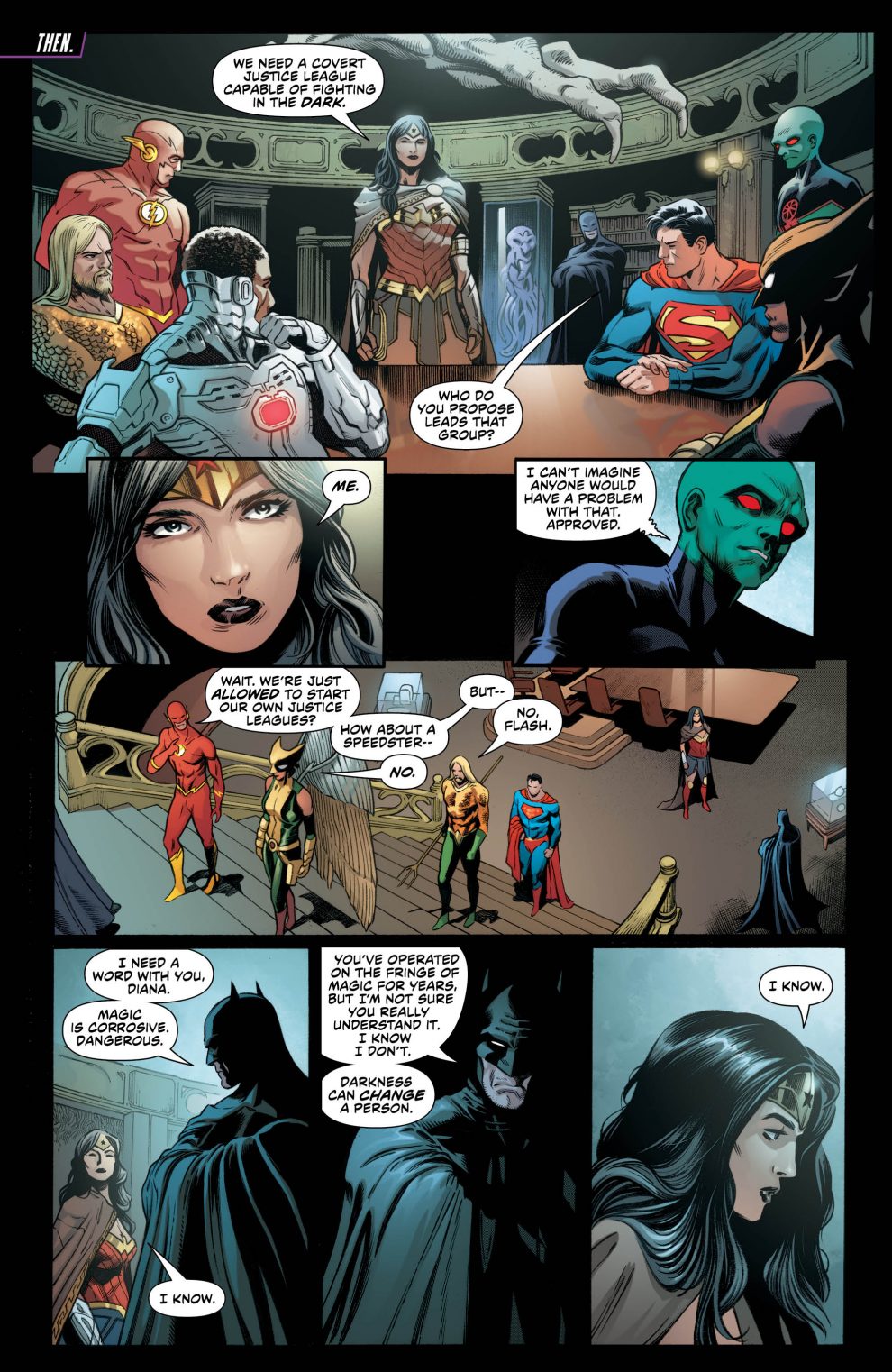 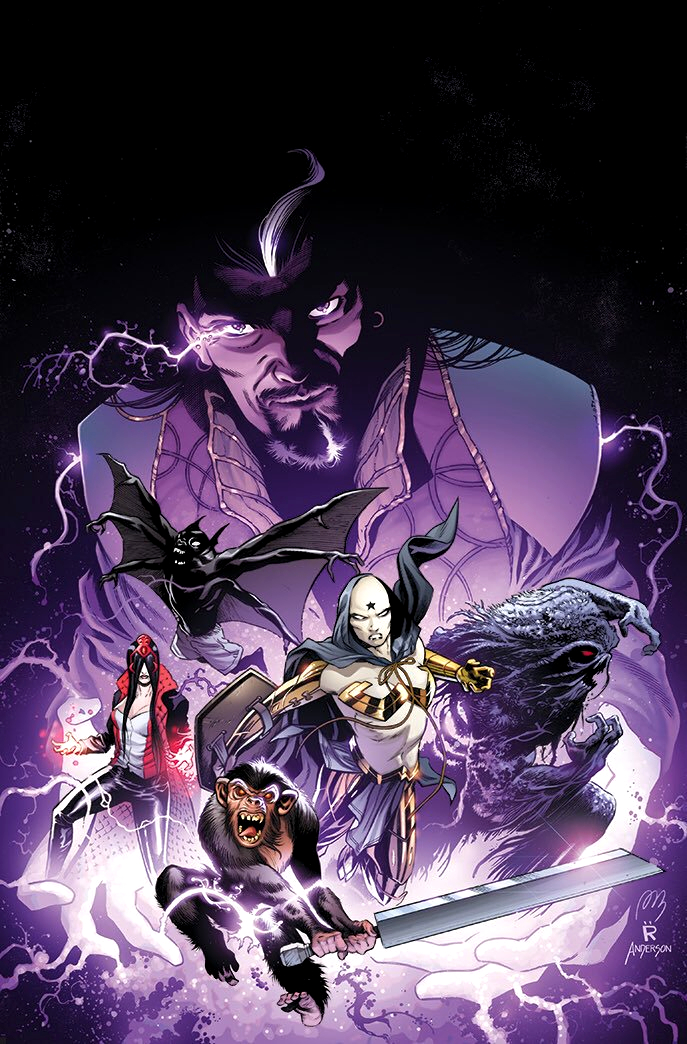 Rob Leigh must’ve had a nightmare lettering this issue. If you thought that Zatanna’s backward spells were complex, you’re about to see her really mix it up. On the plus side, though, he clearly had a ton of fun with the myriad magical sound effects that the issue’s full of. Kudos, Mr. Leigh. Your art is as essential a part of this book as Mr. Tynions words and the glorious visuals provided by Álvaro, Raül and Brad.

Justice League Dark #12 was one of the most enjoyable, action packed, well scripted and visually stunning comics I’ve read in the last 12 months. The best part is that I actually feel that this creative team is only just getting warmed up! I’m well and truly hooked, and cannot wait to see our heroes go on to deal with the Otherkind.

Khalid: Magic is madness. Magic is belief in the impossible, and I have an impossible belief right now.

I believe we can win, Jason.

I believe it too.

Images Courtesy Of DC Entertainment And The Creative Team