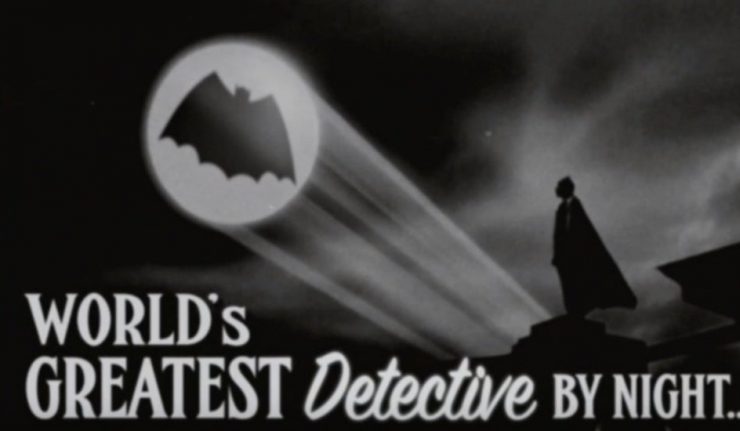 While an argument can be made for what the best live-action Batman film is, there is no argument that Tim Burton’s Batman (1989) is the most important; not only for Batman as a character, but for comic book films in general. Showing audiences the dark and serious side that the genre can produce.

A new trailer by YouTuber Journey’s End has shared what they refer to as a “Trailer Time Warp” that turns Tim Burton’s Batman into a 1940’s style piece. Check it out:

The style of the trailer truly fits something you would see in a 1940’s serial. While Batman does bleed in some style from the 1980’s, mostly has a timeless look to it. So, warping some of the voices and giving it the black and white feel is truly fitting.

Recently, a clip of Michael Keaton spoiling the plot twist of Batman during a David Letterman interview has been making the rounds online. In a world of spoiler outrage culture, this clip would certainly set the internet ablaze if it happened today.

Keaton, of course, reprised the role of Batman in Tim Burton’s follow-up film Batman Returns. However, of them returned for the third installment. While there were plans for a third Burton directed Batman film, the director was removed from the project after Returns. Keaton didn’t like the direction that Batman Forever was heading in and left the project shortly after.