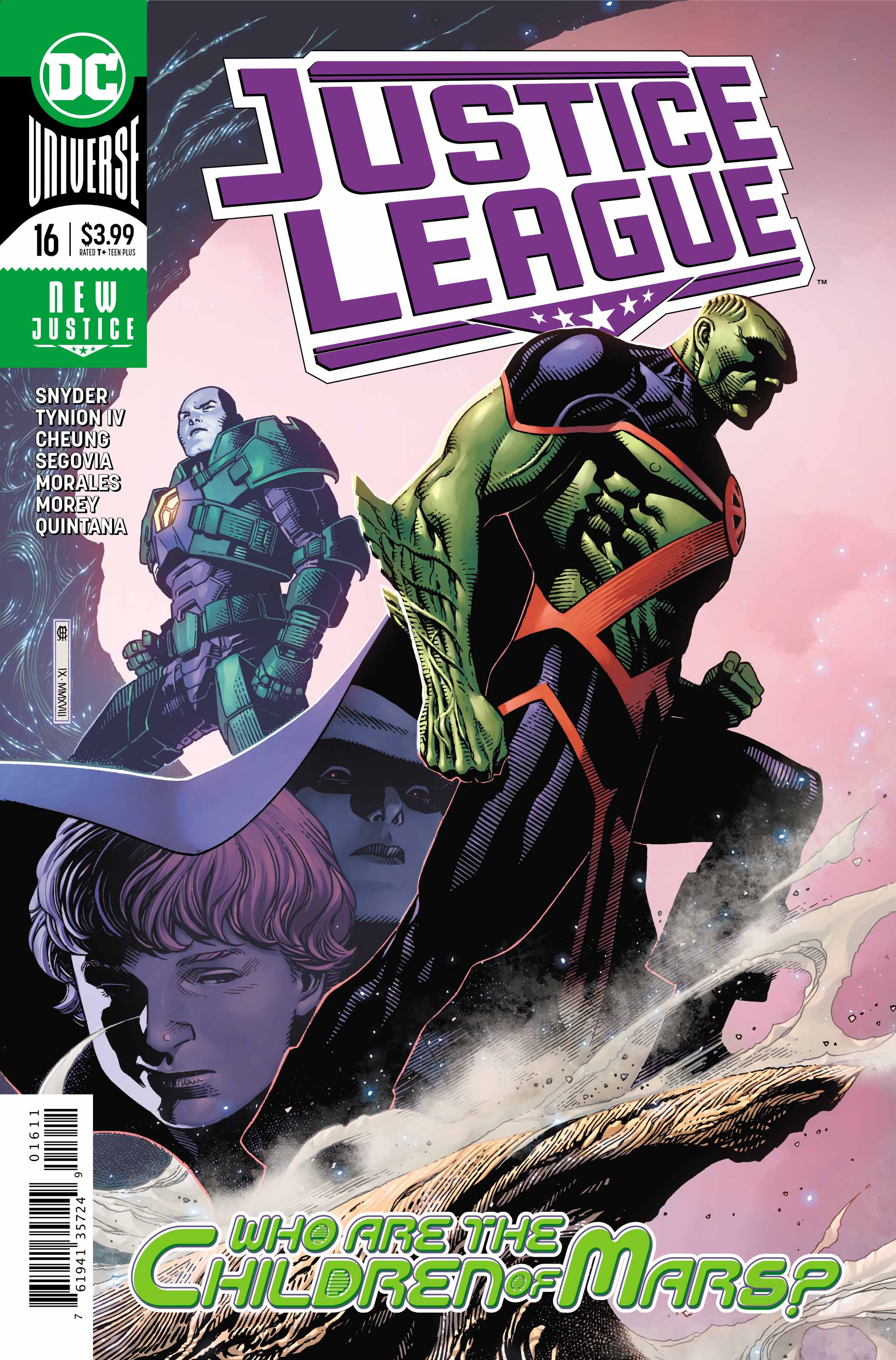 Revelations abound, as this week’s Justice League #16 wraps up its “Escape From Hawkworld” story arc with new epiphanies about the origins of the DCU.

Trapped on the mysterious Thanagar Prime, Hawkgirl, John Stewart, and Martian Manhunter have stumbled into a conspiracy concerning the Martian Keep – an ancient Green Martian who holds the collective memories of her entire race. The Thanagarians are holding her captive, harnessing her powers to manipulate reality to their own ends.

Justice League #16 picks up right where the last issue ended. While John Stewart and Hawkgirl face off against a horde of Thanagarians, the Keep tells Martian Manhunter the secrets of Perpetua, a female deity who existed in a previous incarnation of the universe, ret-conning the history of the DCU. The Keep also reveals new information about Martian Manhunter’s past and his role in the unfolding events concerning the Totality.

When writing this issue, Snyder and Tynion really did their research. Pulling from 60 years of DC/Green Lantern lore, the two writers pen an incredibly dense issue. With various allusions to Kronos and the Maltusians, it addresses plot points that occurred during the 1960’s Green Lantern run. Hence, Justice League #16 is a double-edged sword. On the one hand, it appeals to longtime die-hard DC fans who delight in obscure DC continuity references. However, for casual or newer DC fans, Justice League #16 will leave them scratching their heads.

When reviewing comics, I try to avoid using the first person; however, I’ve decided to break this rule here to make my point. I have been reading DC comics for roughly 12 years now. I’ve seen my fair share of Crises and would argue that I’m fairly well acquainted with the major events and players of the DCU. I’ve done my homework. Nevertheless, Justice League #16 sent me on an hour-long Wikipedia binge, sorting out the convoluted history of Kronos and Silver Age Green Lantern mythos. After falling down this rabbit hole, I’ve come to the following conclusion:  Snyder and Tynion are planning one hell of a multiverse-shattering tale. Generally, due to their scope, age, and obscurity, writers avoid treading into these particular Silver Age stories unless they are planning something major. 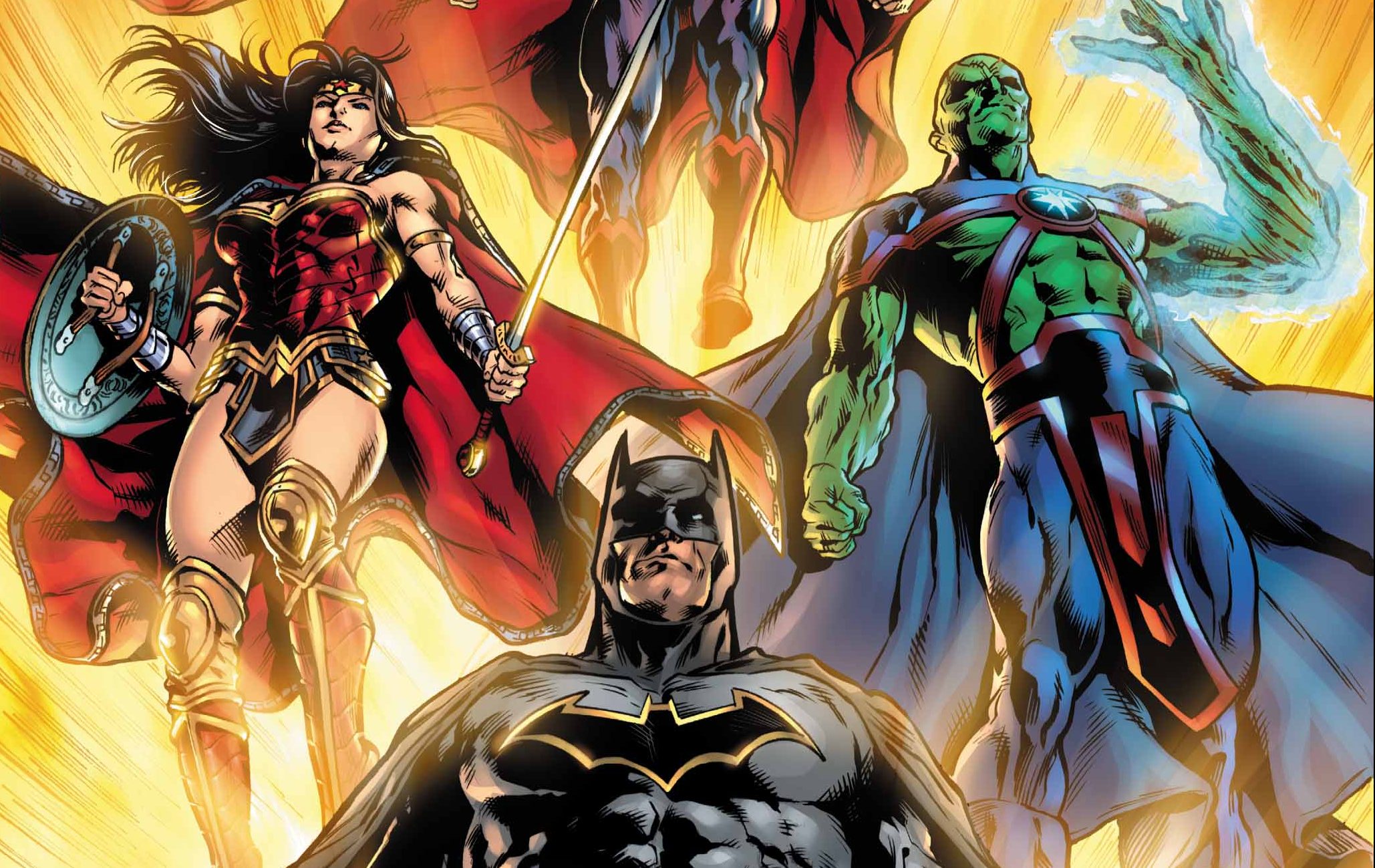 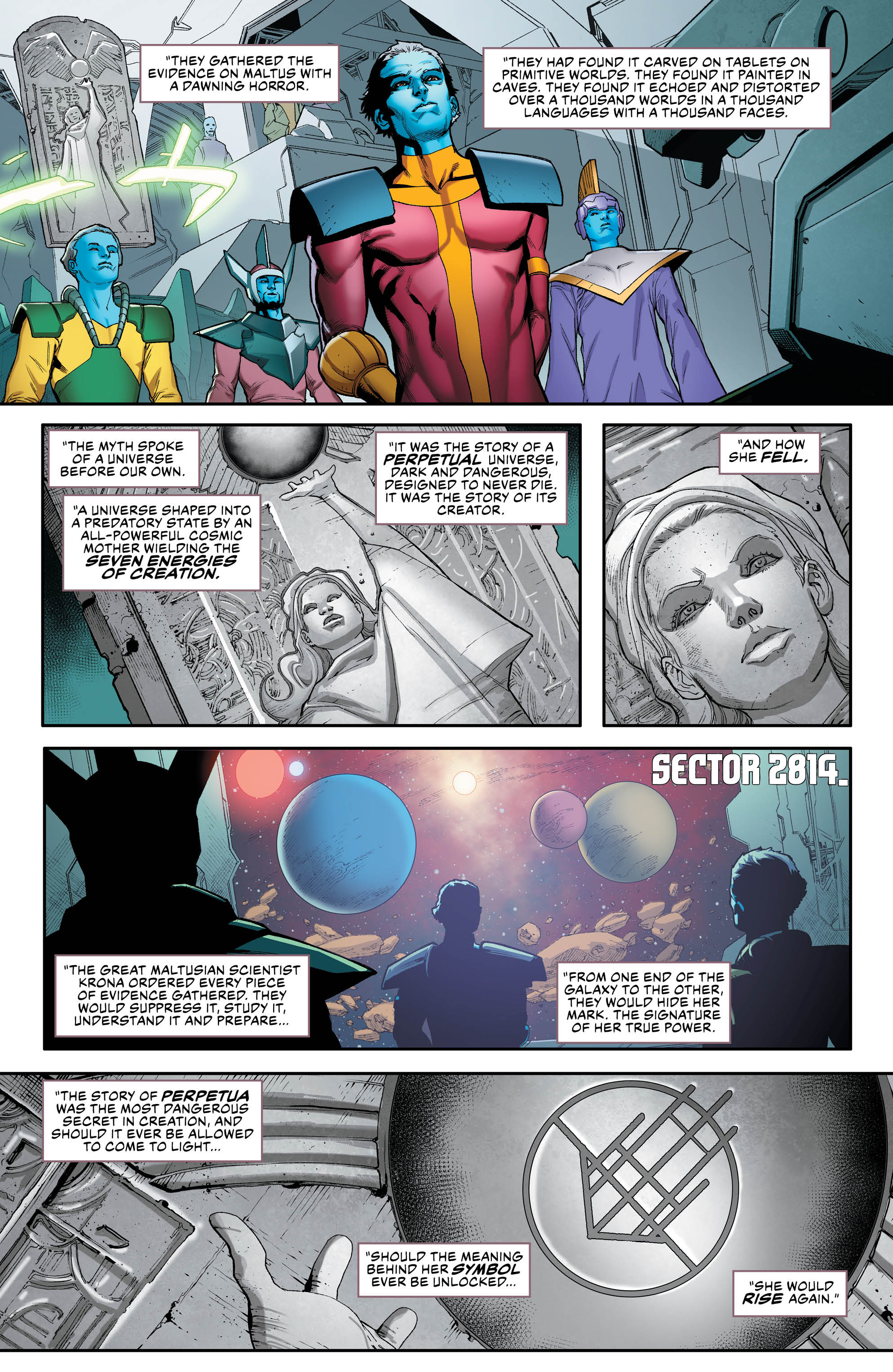 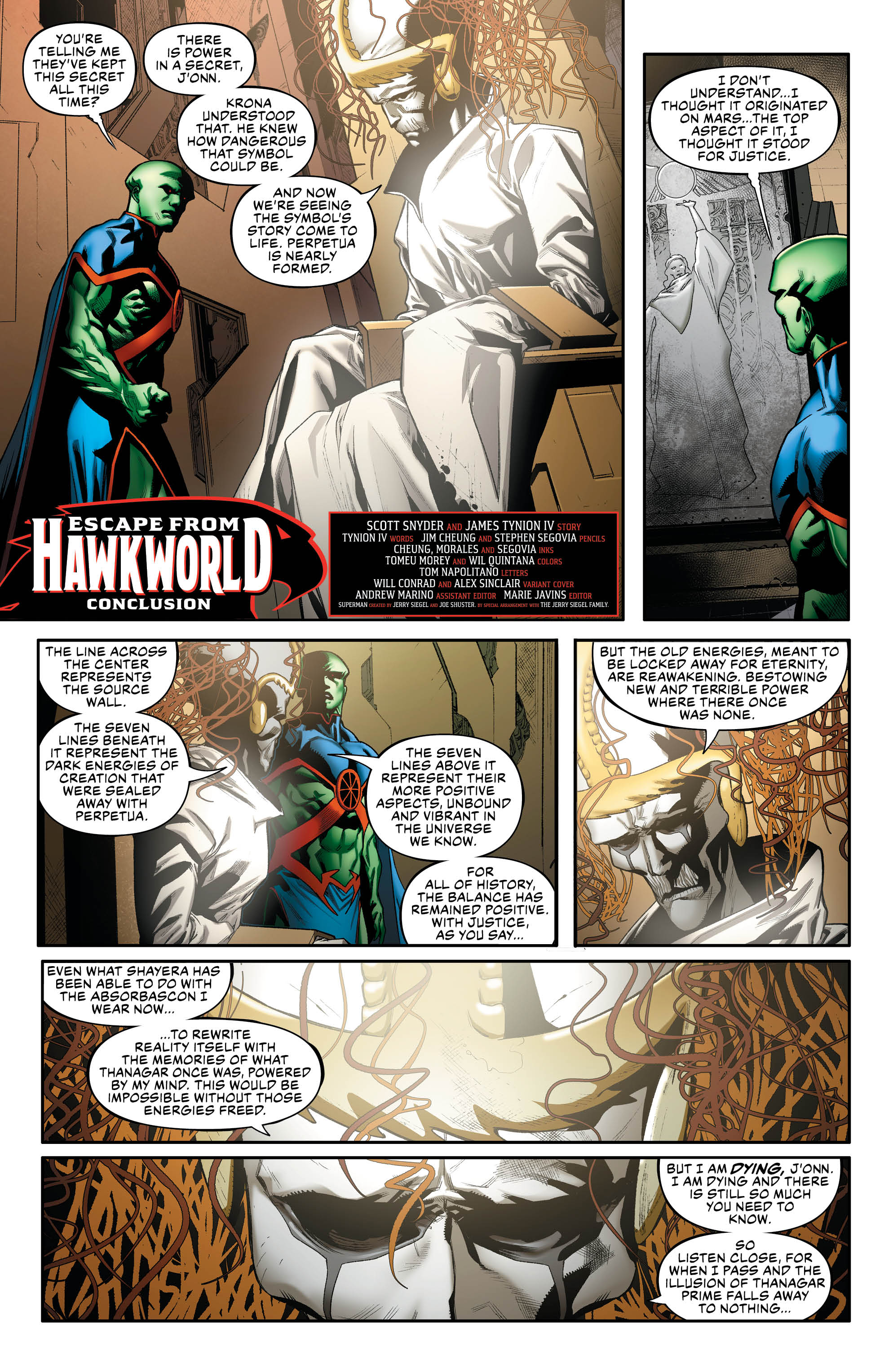 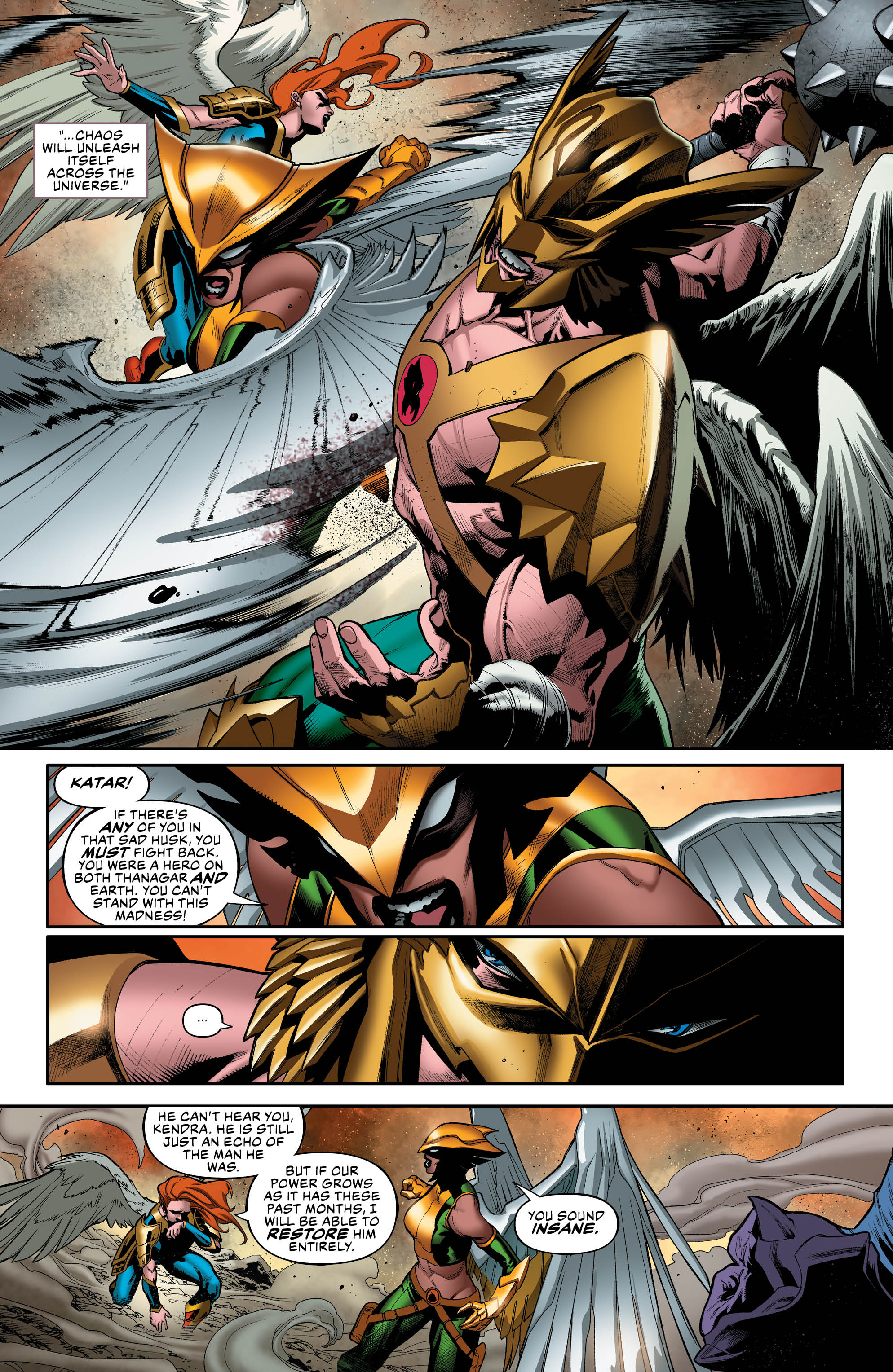 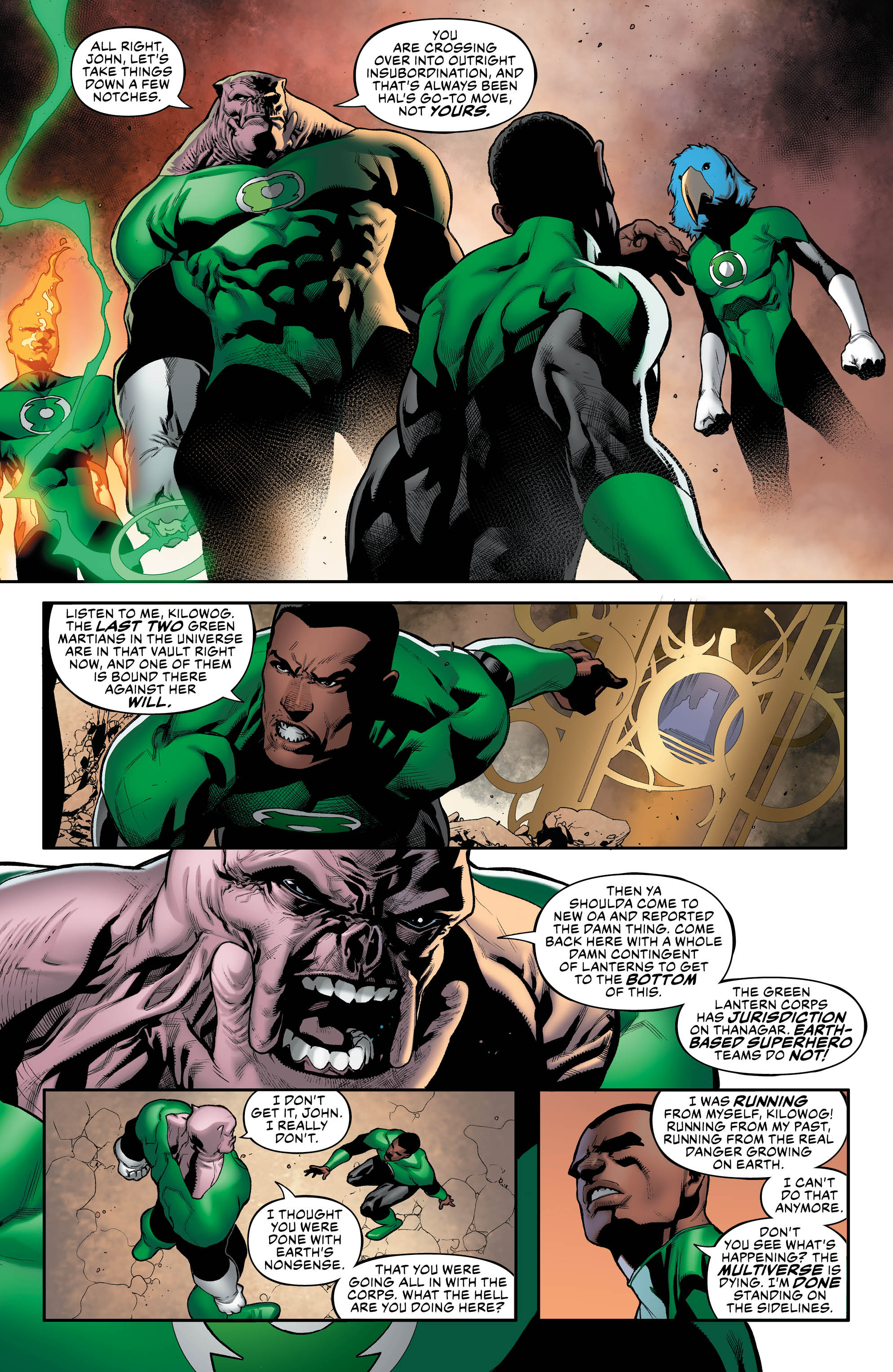 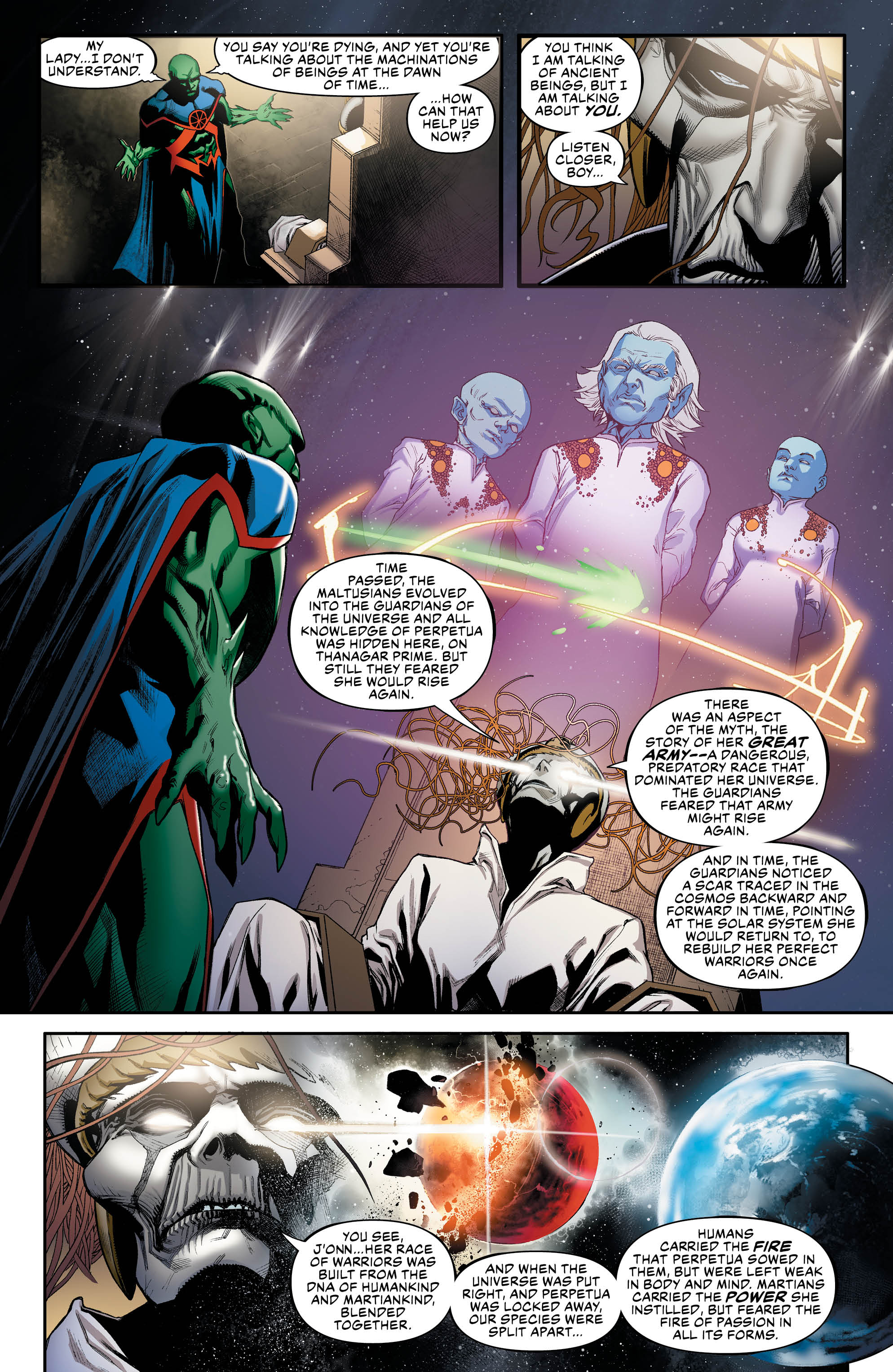 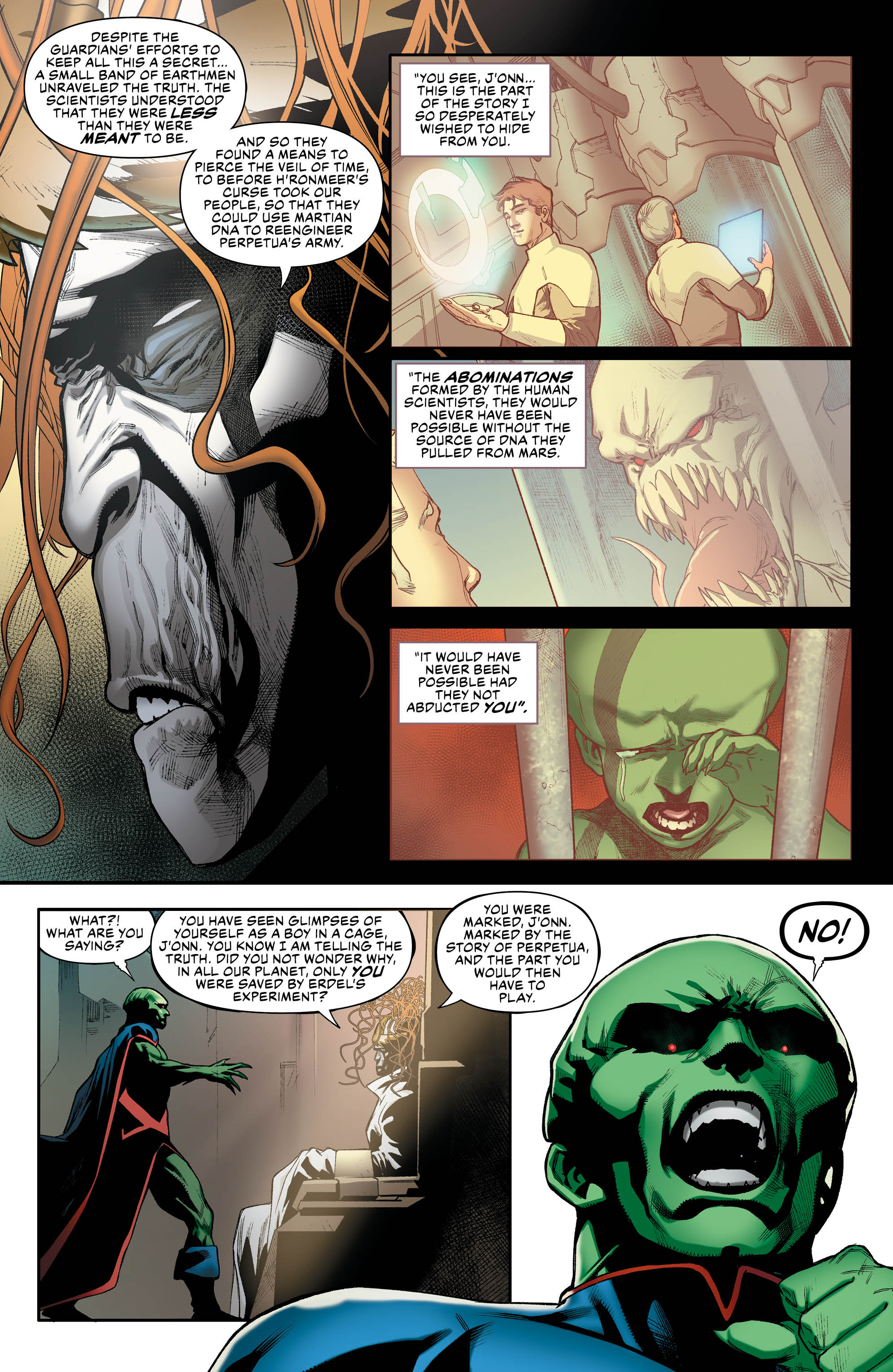 Cheung and Segovia’s art is serviceable for the story. Although the shift between artists is noticeable throughout the issue, Justice League #16 hangs together fairly well. Cheung and Segovia have similar sensibilities when it comes to pacing. Pages are laid out in a fairly straight forward manner, which is incredibly helpful due to the scope and magnitude of the script. Characters and settings are rendered in the typical inoffensive DC house style. Are Cheung and Segovia’s pencils as earth-shattering as Snyder and Tynion’s script? No – but they get the job done.

Justice League #16 is big – maybe a little too big. Snyder and Tynion do their best to set the stage for their upcoming epic; however, at times it seems like they may have bitten off more than they can chew. There are a lot of high concepts floating around in this title which, coupled with allusions to arcane Green Lantern stories from decades past, doesn’t make for the easiest of reads. Don’t get me wrong – this is a fun read, but this issue will only serve two types of DC readers: those who are already intimately acquainted with the minutia of the DCU or those who are willing to do some homework.

In short – the issue isn’t accessible, which speaks to Snyder and Tynion’s skills – or lack thereof – as writers. They don’t do much to help their readers with these references – either because they lacked space or they didn’t see the need. Either way, it’s a deficit within the script. Nevertheless, Justice League #16 is still fun despite its continuity baggage. It may not be perfect, but it’s still worth picking up.