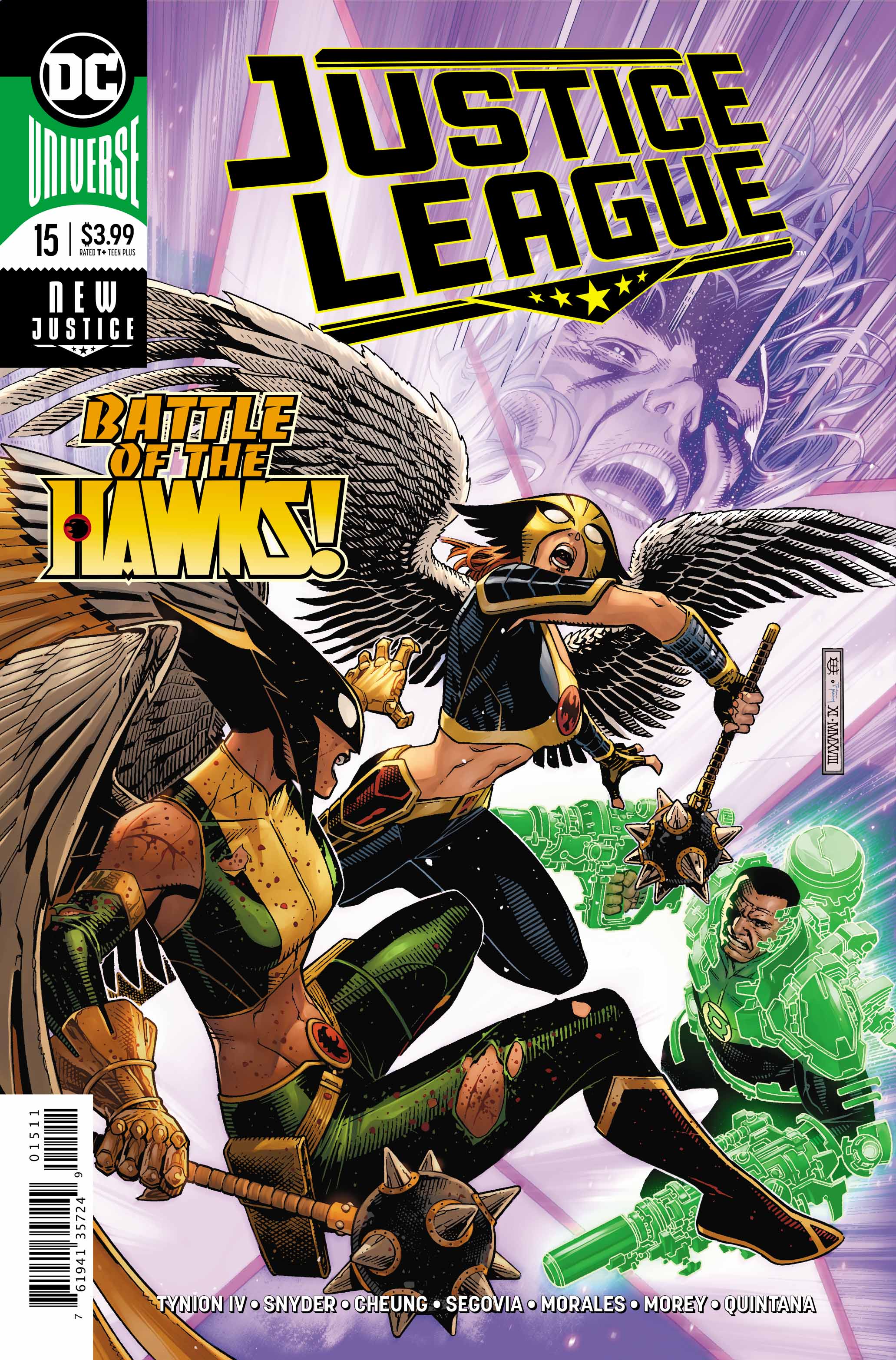 Questions continue to compound in this week’s blockbuster Justice League #15, as the Justice League navigates the perils of the mysterious Thanagar Prime.

The issue opens and closes with the Trinity on Earth dealing with the ongoing crisis concerning Starman. Last issue, while running tests on the catatonic hero, Batman triggered Starman’s powers, causing him to emit city-levelling amounts energy. By the end of this issue, Wonder Woman managed to subdue Starman with her lasso. Upon composing himself, Starman reveals that the totality connects him to every part of the universe.  It quickly becomes apparent that Starman’s story is connected to the mind-boggling events unfolding on Thanagar Prime.

With regards to Thanagar Prime, Hawkgirl, John Stewart, and Martian Manhunter continue their search for the Martian Keep – a green Martian who serves as a repository for the entire history of Mars. She also happens to hold the answers to Martian Manhunter’s Totality vision. The Thanagarians have imprisoned the Marian Keep in the vaults, which cover the interior core of Thanagar Prime. The team navigates through the vault’s gate – The Rheon Gallt – where they encounter various obstacles before finding the Martian Keep.

Justice League #15‘s script is fantastic. Snyder and Tynion do a great job building suspense throughout the story, as the issue ends with a dramatic crescendo. Their narrative continues to surprise the reader, and right before they provide the answers to the biggest questions posed in the arc, the issues come to an end.  The last two pages of this issue are a terrible tease; Snyder and Tynion literally end the Hawkworld scene on an incomplete sentence. 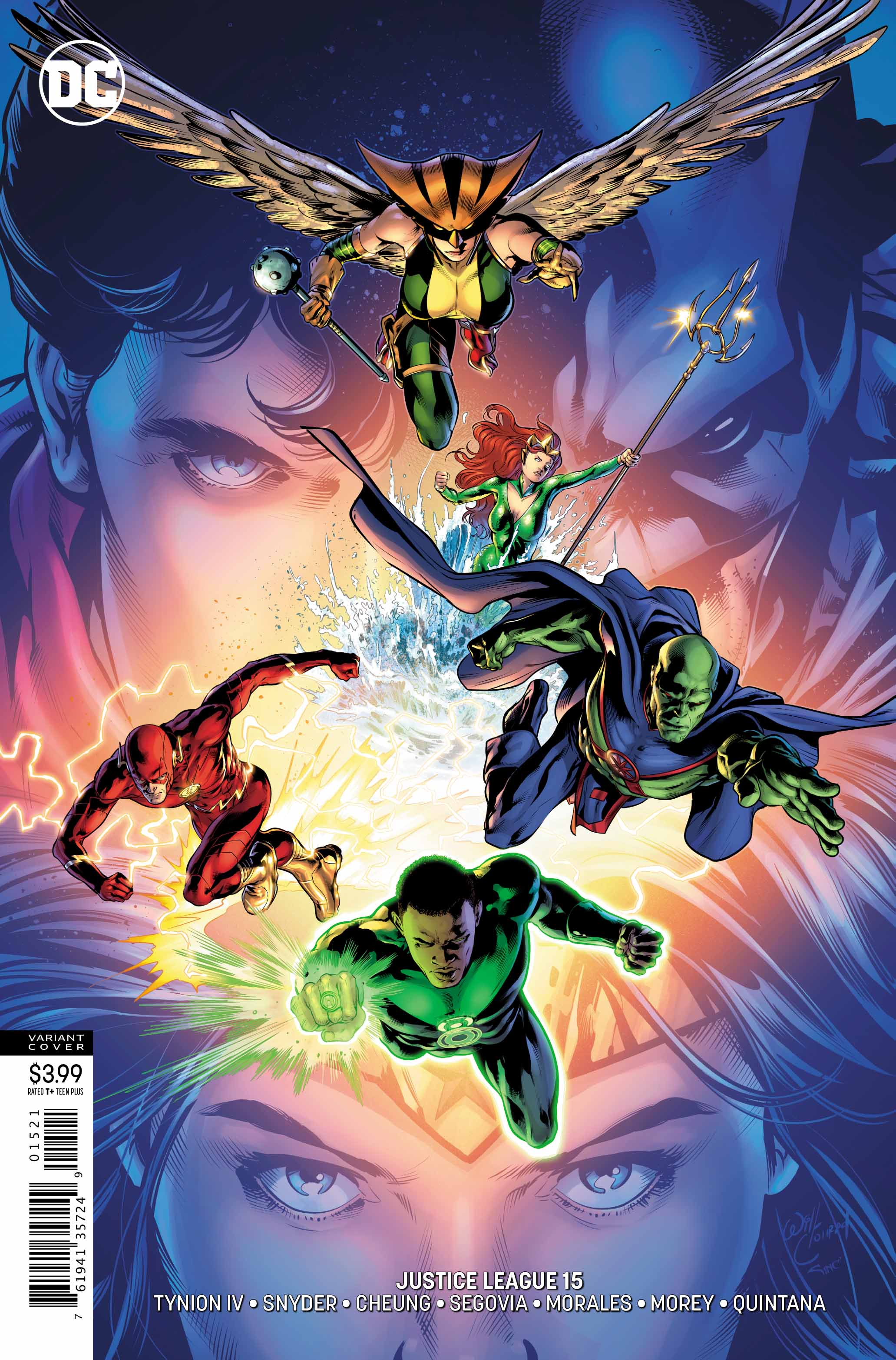 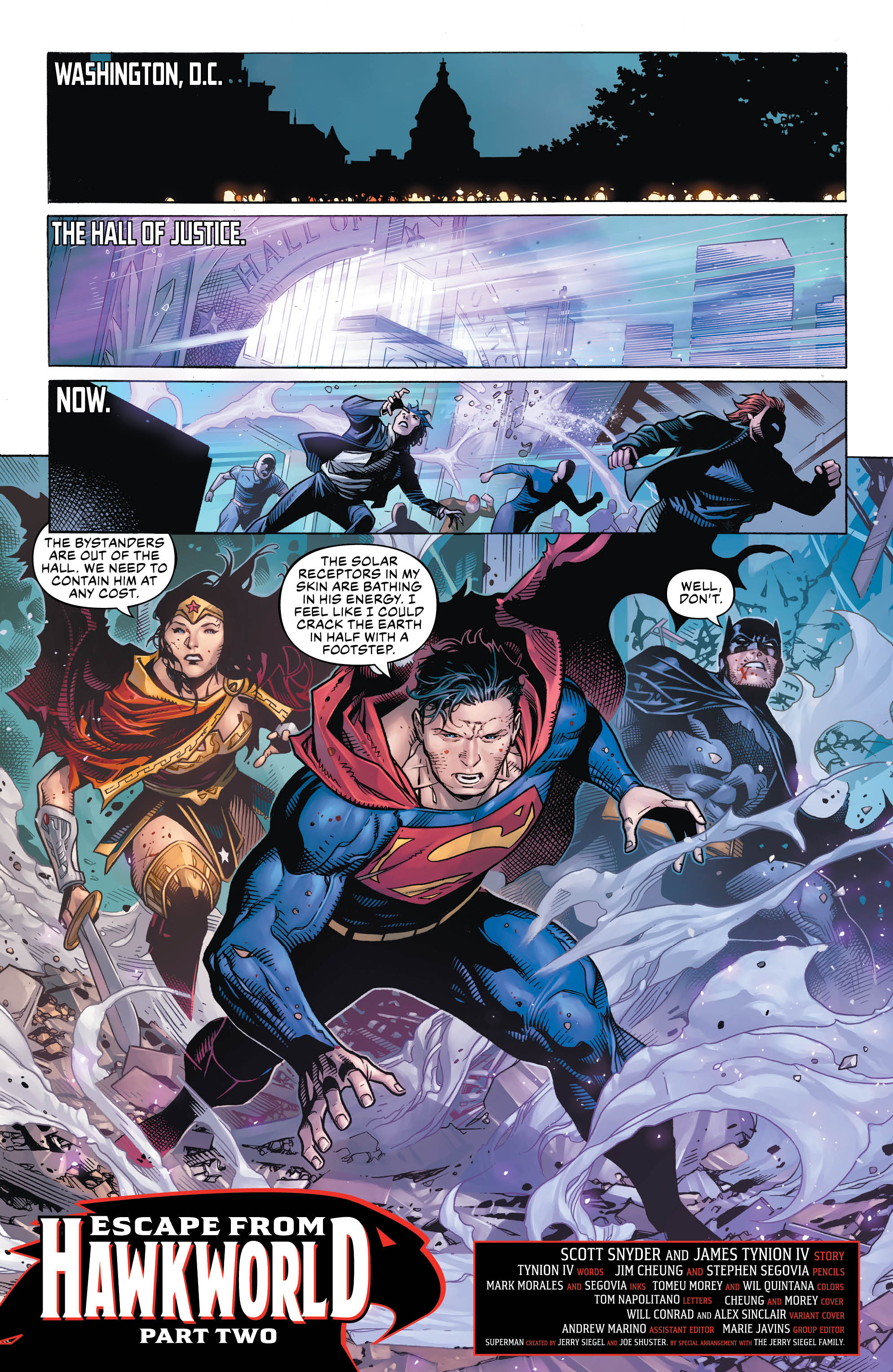 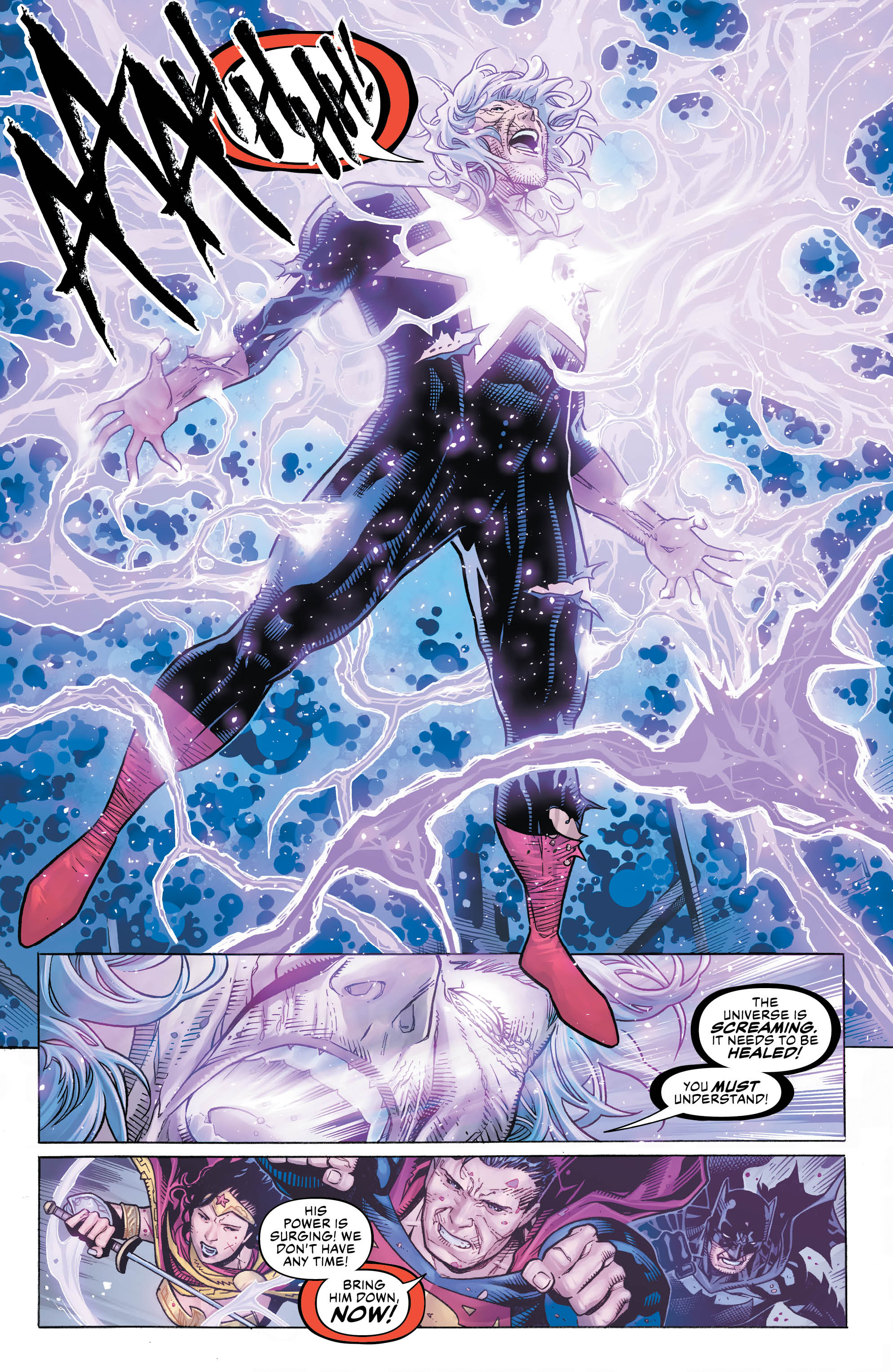 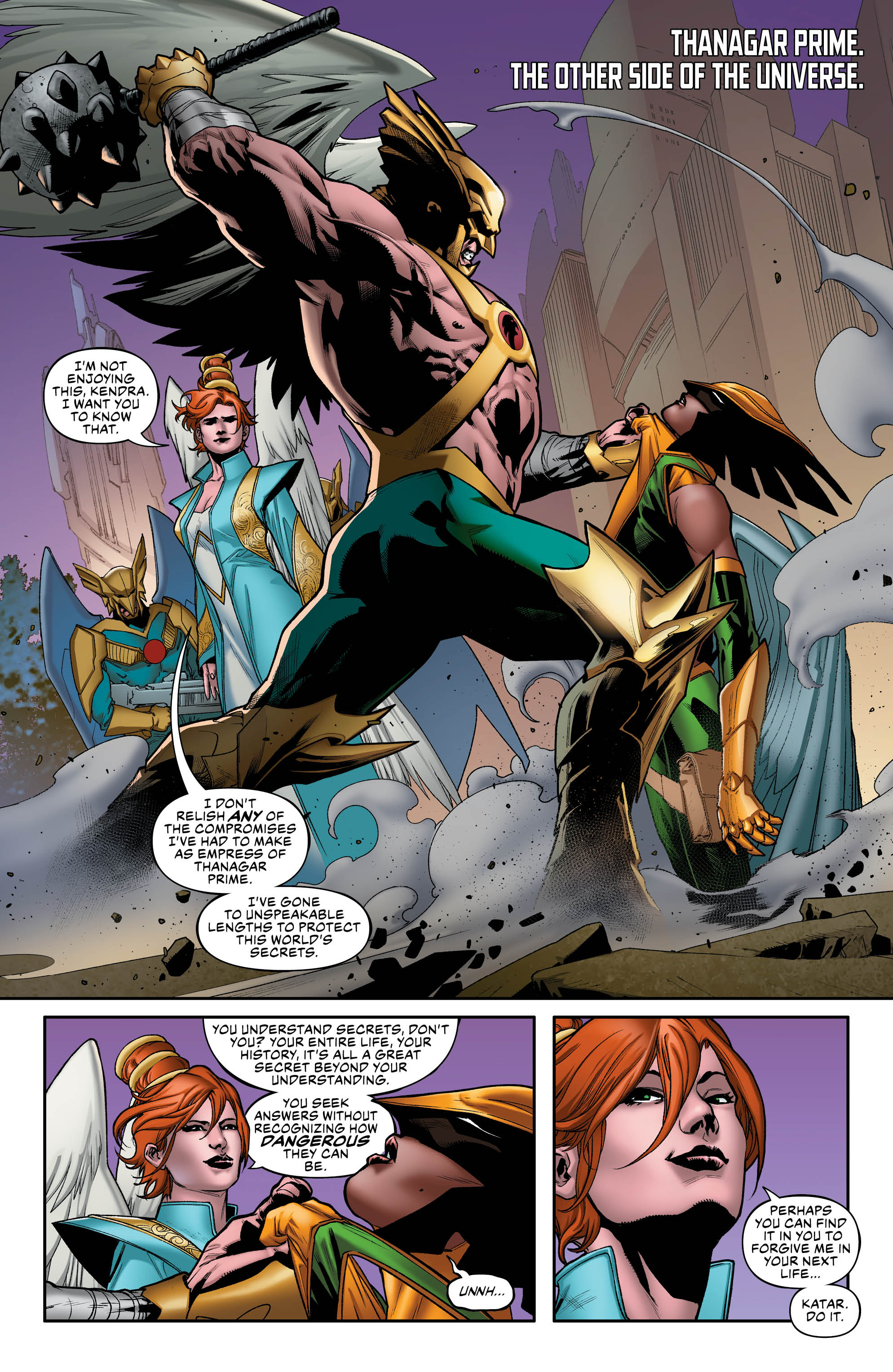 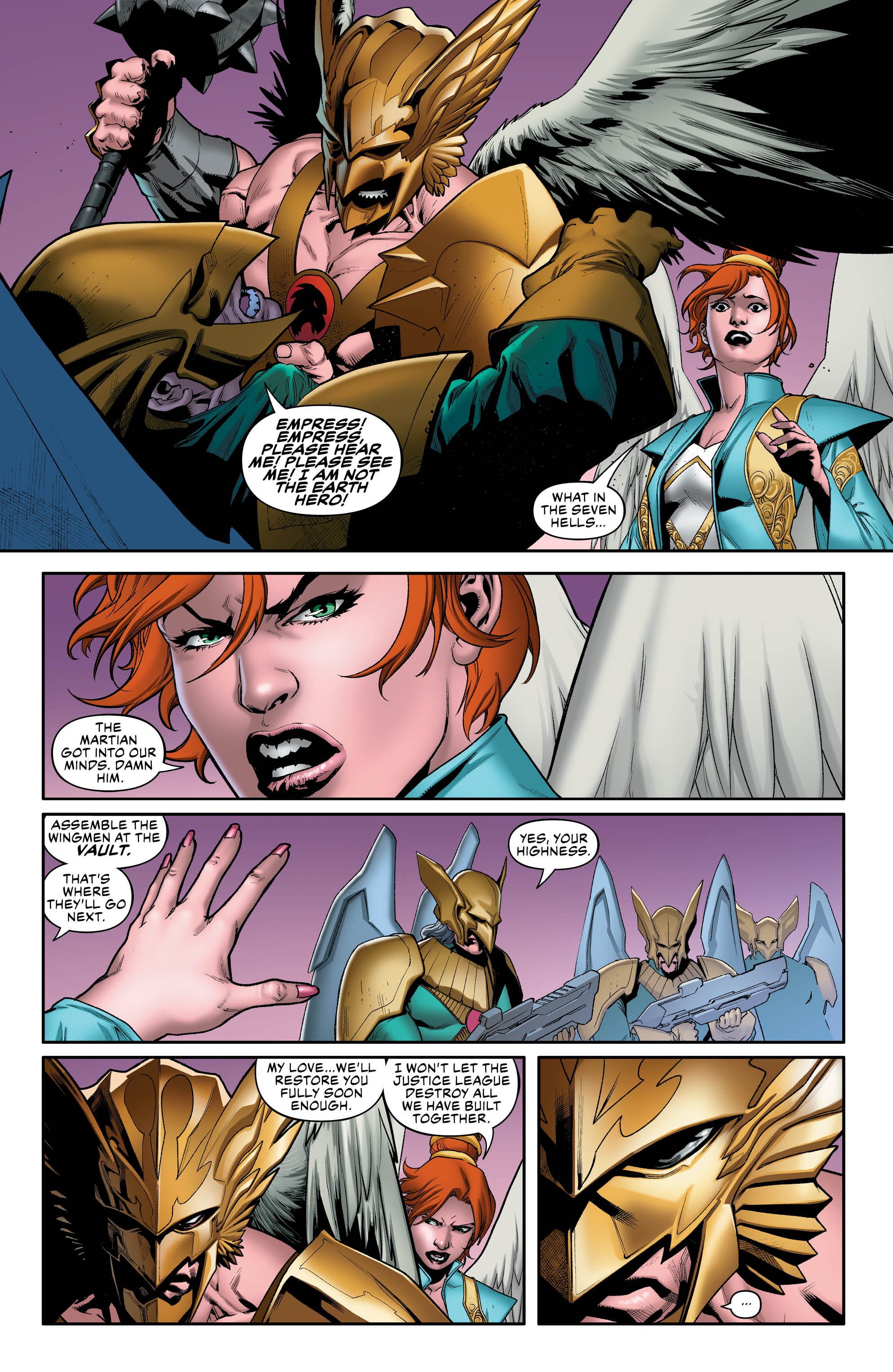 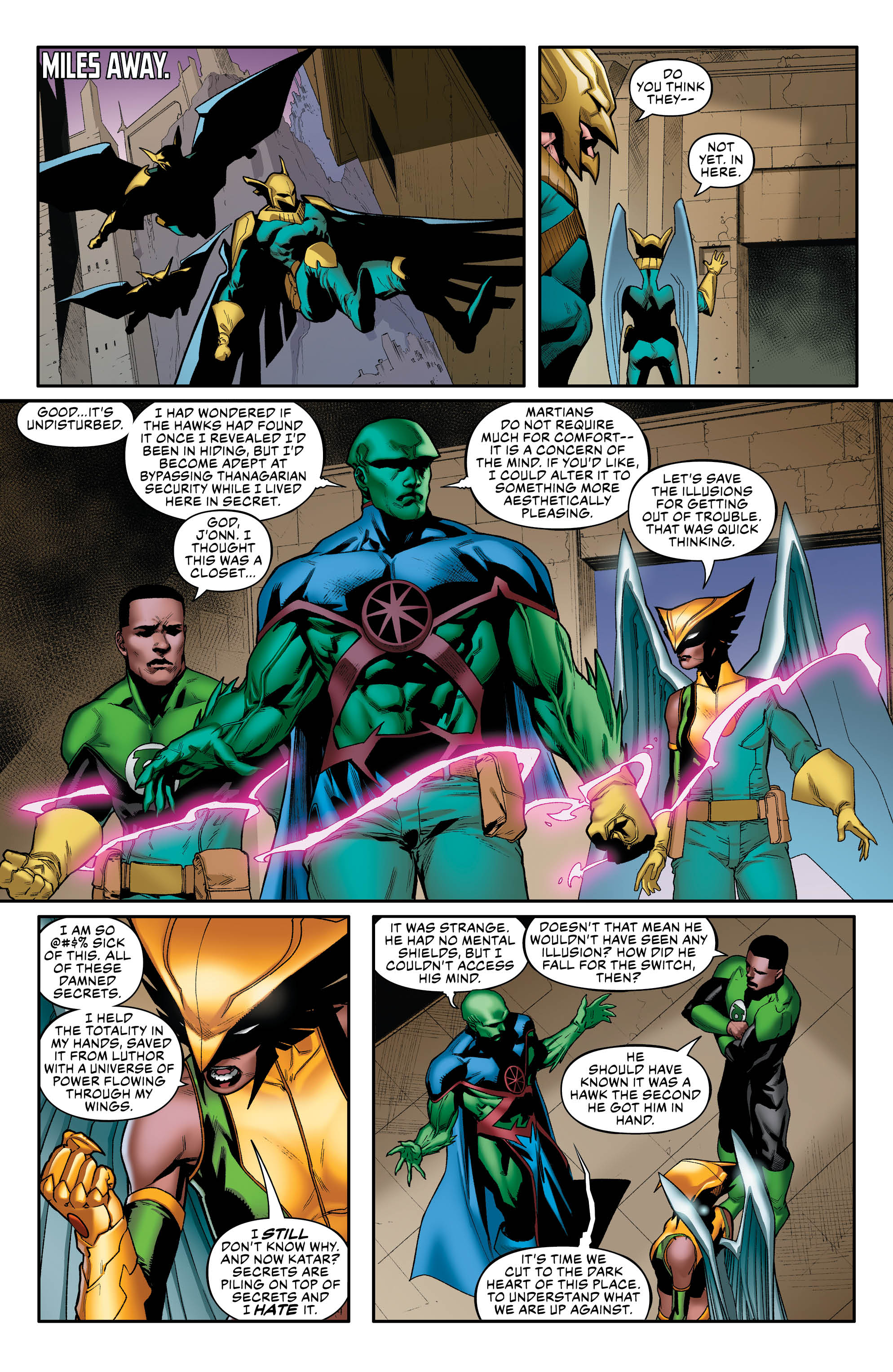 Once again Cheung and Segovia deliver a fantastic looking book. Although the artistic duo veered away from the unusual perspective shots found in Justice League #14, they compensate with the issue’s pacing. Never does the issue look or feel boring. Cheung and Segovia do an excellent job producing beautifully rendered drawings that capture both the magnitude and cadence of Justice League #15‘s high-stakes script.

Justice League #15 reads like an addictive drug: by the end of the issue you’re still left wanting more. For those who were worried that the “Escape From Hawkworld” story would simply be a filler arc, lacking in relevance, let this put your mind at ease. This issue is yet again proof that Snyder and Tynion have major plans for their tenure on Justice League that will have cosmic implications for the DCU moving forward. Give it a read folks.

Zack Snyder’s DC Films Roadmap May Have Been Revealed