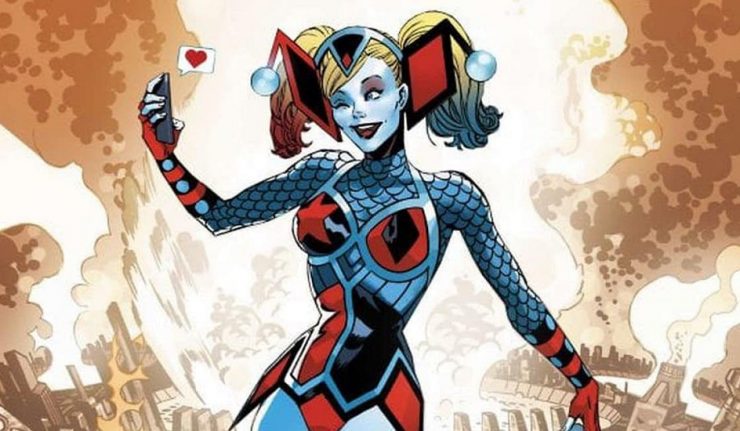 Sam Humphries, acclaimed writer on Batman: The Dawnbreaker, Nightwing and Green Lanterns will be taking over Harley Quinn this summer. The princess of pandemonium will be off, out into the furthest reaches of space, where she will encounter Jack Kirby’s New Gods.

Here is the full press release from DC Entertainment:

Harley Goes to Apokolips and Gets “New God” Powers This July

It’s Fury vs. Furies in a Furious Showdown!

“The biggest question, and the biggest challenge for Harley, is defining if she’s a hero or a villain,” says Humphries on his new assignment. “But why can’t she be both? Or is there a third choice to explore? My vision for the book is ‘What if Bugs Bunny were a chainsaw, hosting Anthony Bourdain’s show, but in the DC Universe?’ In our first three-issue story arc, John Timms and I are going to bring the crazy Kirby Krackle to HARLEY QUINN—focusing on the manic energy that made us cheer for her and the tragic emotions that made us fall in love with her.” 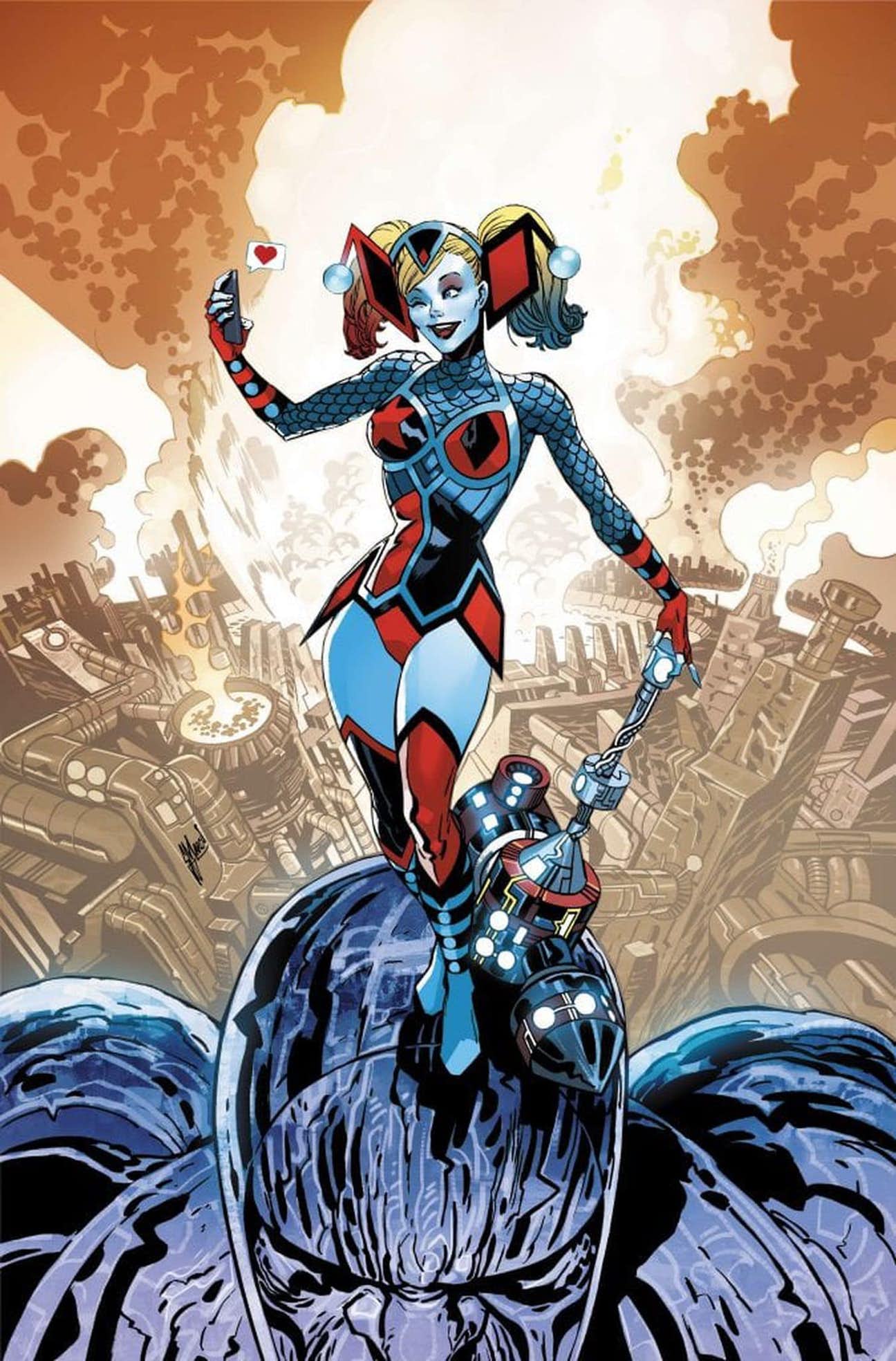 Beginning July 4 with HARLEY QUINN #45, Humphries and Timms have Harley kidnapped by two Female Furies from Apokolips, who deliver her to one of Darkseid’s Elite, Granny Goodness, with an offer she can’t refuse: join the Furies, get superpowers and do anything she wants! It’s a sweet deal, and all Harley needs to do in return is hunt down a rogue Fury!

“Harley Quinn does and says the things we all wish we could get away with,” continues Humphries. “She’s the embodiment of wish fulfillment. Harley is a wild card, and she’s a survivor; two things we all want to be at different times of the day. And Apokolips is just the beginning of our plans for Harley. No one in the DCU will be safe from Harley Quinn.”

HARLEY QUINN #45, written by Sam Humphries, arrives in stores July 4 with art by John Timms and a cover (below) by Guillem March and Romulo Fajardo Jr. Fans can also expect a variant cover by Frank Cho.

All of this sounds very exciting, and really fun… Harley with the powers of a New God. I think that the Female Furies are all going to discover that it’s hammer time, puddins. 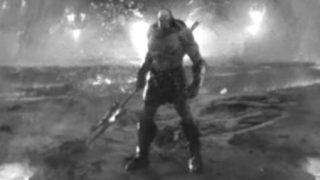