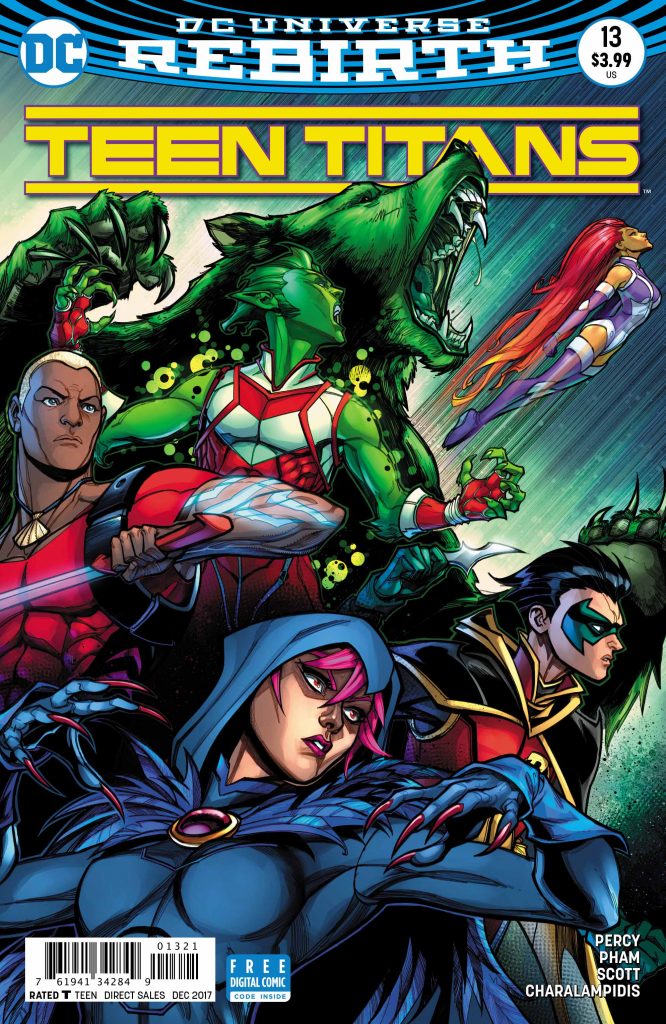 The opening panels of Teen Titans #13 open with young Damian Wayne standing over his friends who lay at his feet in a heap. But, all is not as it seems. Damian is designing a computerized training program to enable the Teen Titans to train as a team even when they are not able to be physically together. The continued dysfunction of Damian’s arrogance and misguided idea of “team” drives the issue.

Damian Wayne is a polarizing character comic book fans love to hate. He’s brash and arrogant and boasts an impressive pedigree. He is brilliant, and what’s worse? He knows it. Damian is insufferable and arguably the least self-aware character in the DC Universe.  But, this is what makes a title like Teen Titans work, as the mostly teenaged heroes come of age and work through issues in the panels and pages.

The Titans want to reinstate Wally West (Kid Flash). However, Damian stands opposed. The thought of second chances is simply lost on the young Wayne. Starfire decides to go after Wally and assumes leadership of the Teen Titans. Wally agrees, but with conditions. Meanwhile, Damian goes off on a search of his own.

Damian heads to Star City in search of Emiko Queen, the new Red Arrow. Meanwhile, Emiko is chasing down what must be every English teacher’s favorite villain, Onomatopoeia. But, all jokes aside, Onomatopoeia was a menacing villain in this issue. He tricks Red Arrow into delivering his weapon right where he intended, which triggers a city-engulfing tidal wave.

Queen is an interesting character and, if added, would make a tremendous addition to the roster. She turns down Damian’s attempts at recruitment saying, “You seem like an absolute nightmare.” This bodes well for future storylines and tension between these two. A strong, self-assured female character could be just what the team needs to see necessary growth. 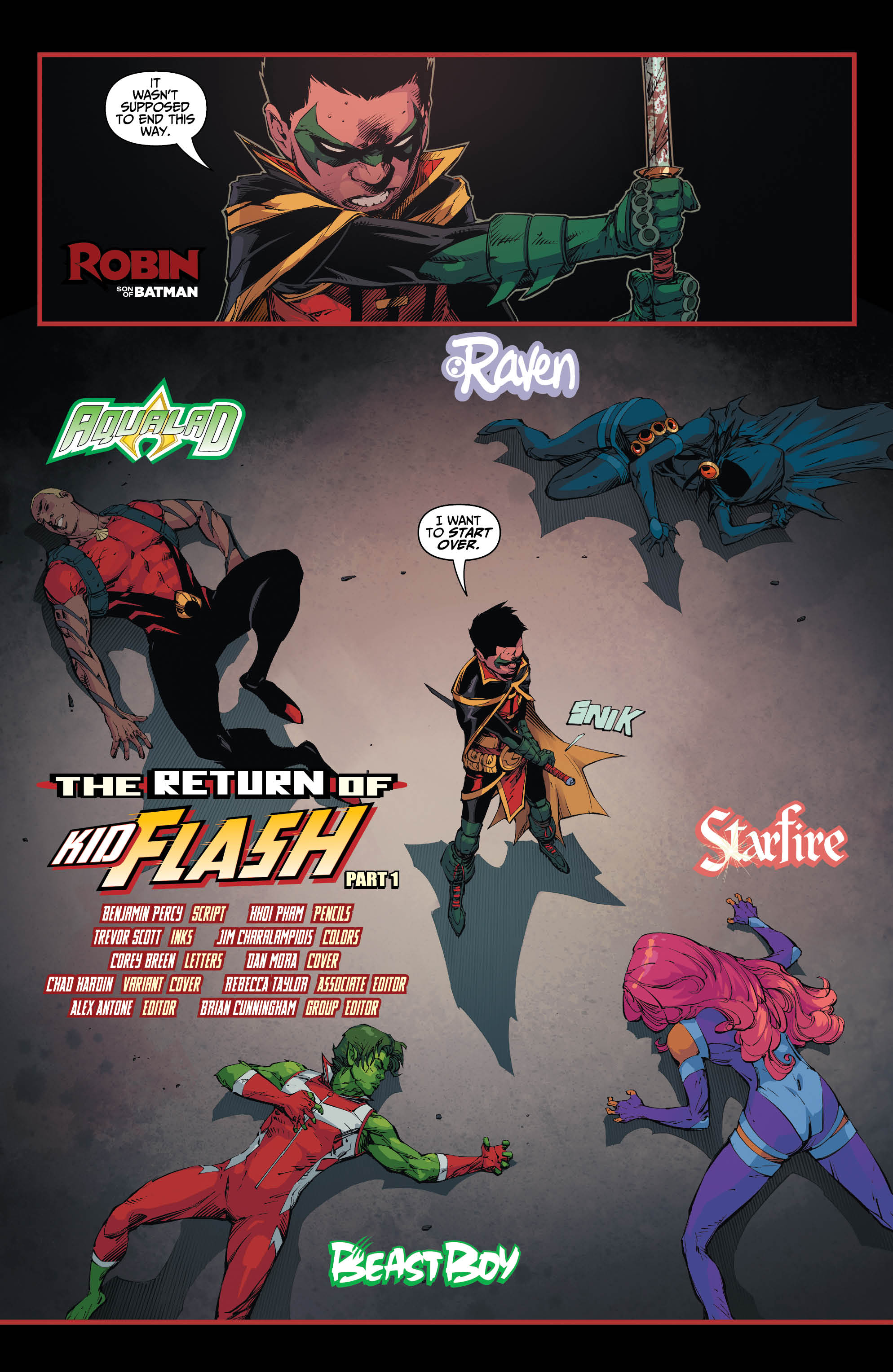 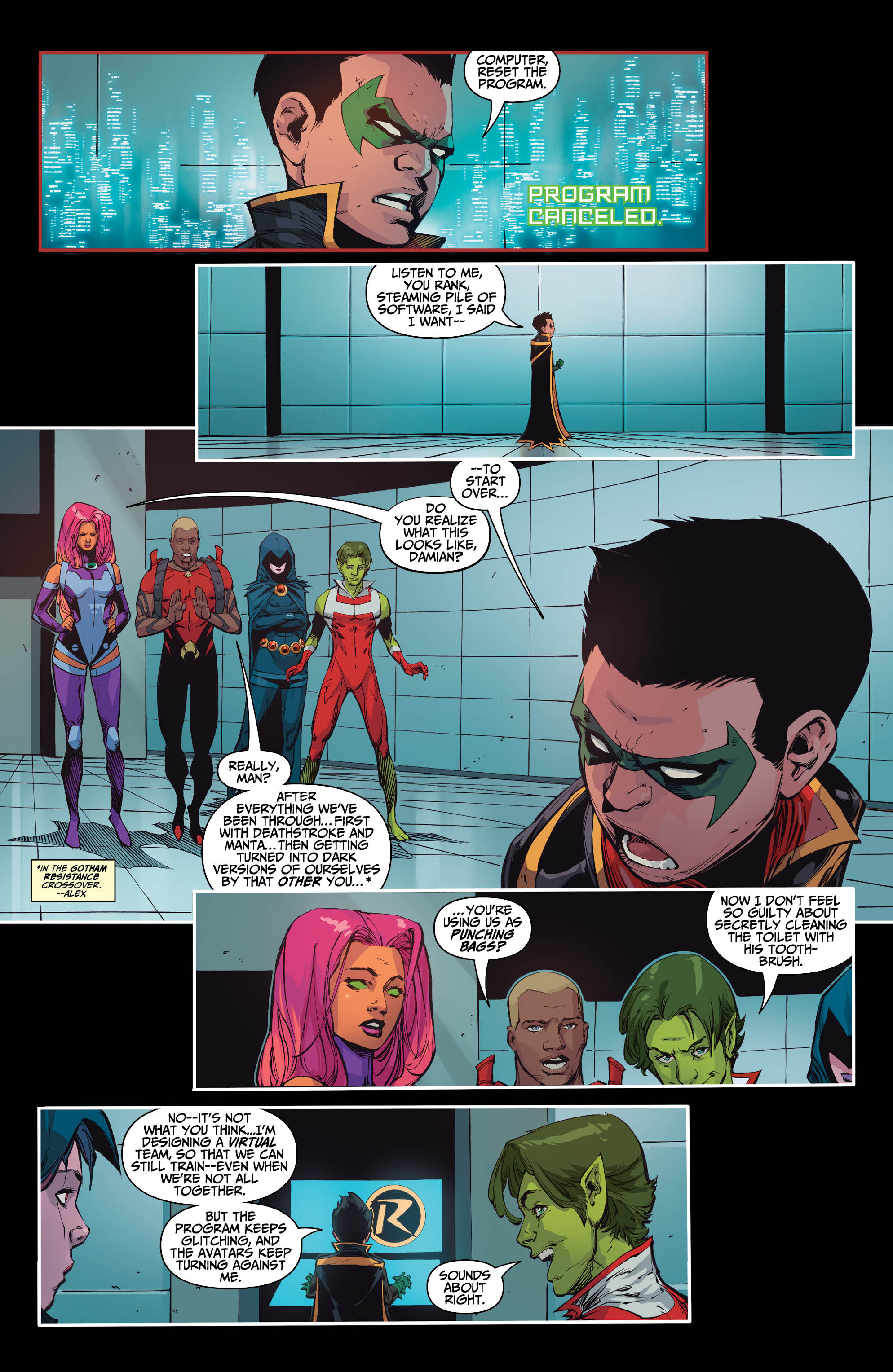 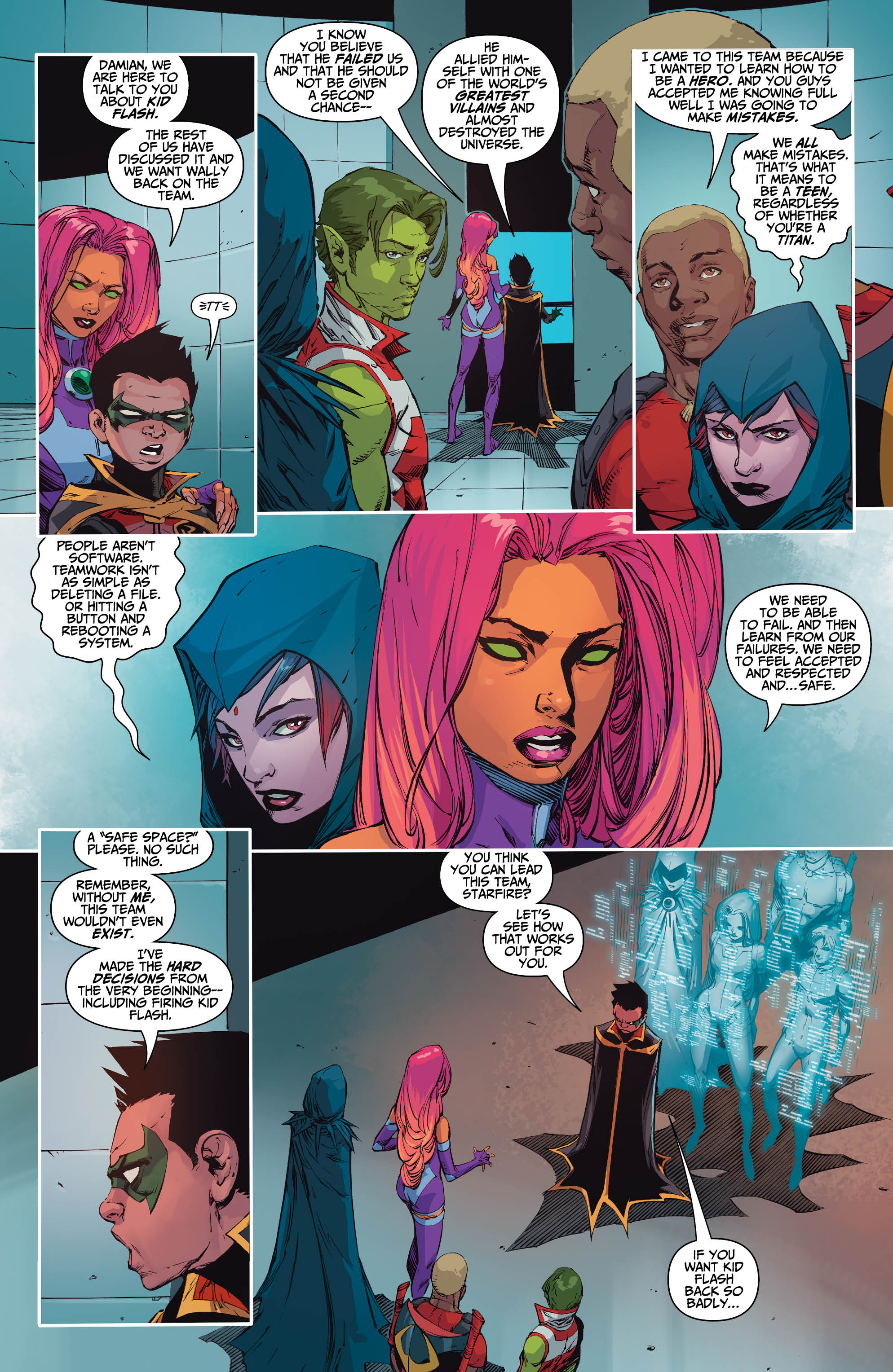 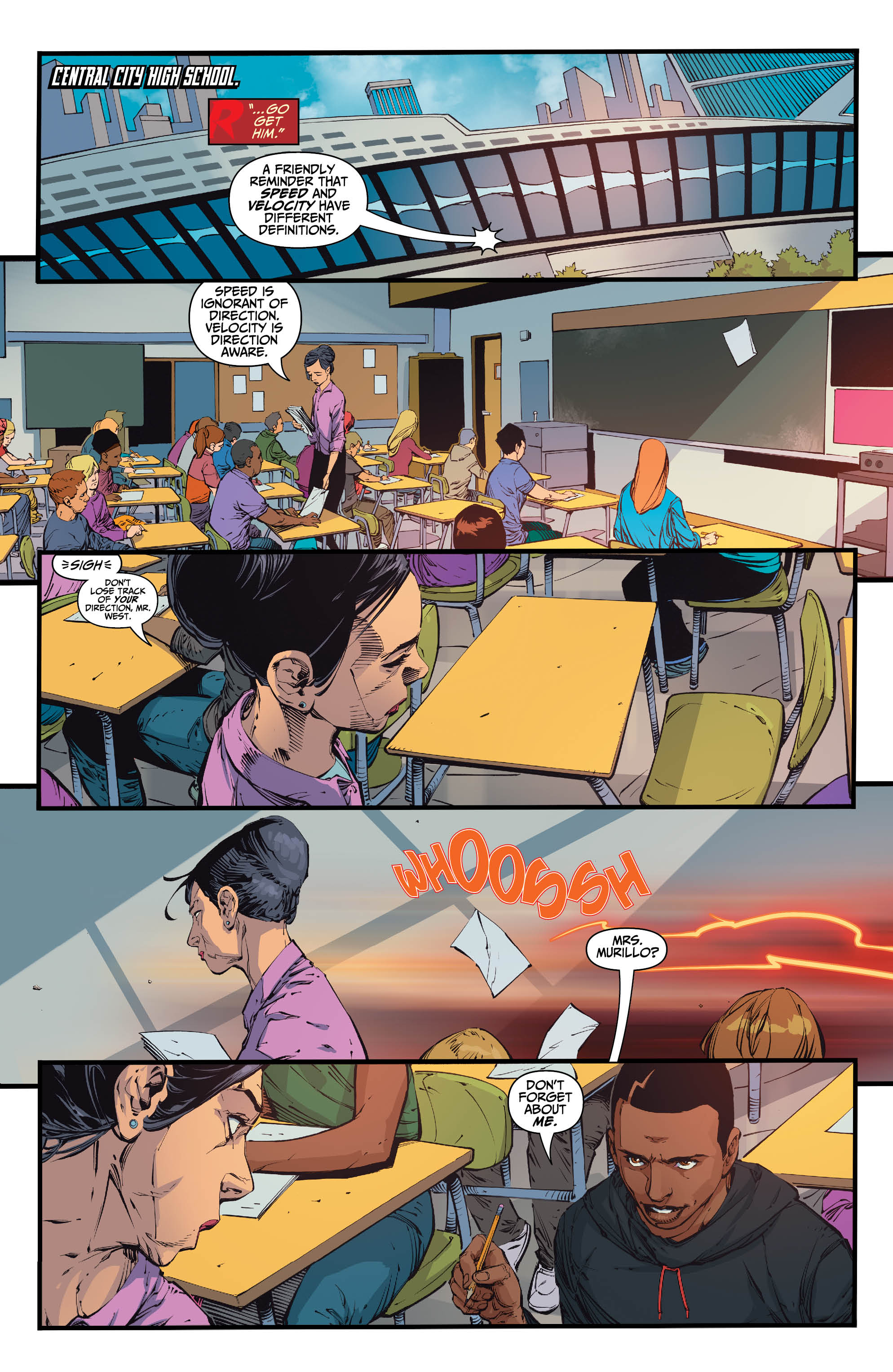 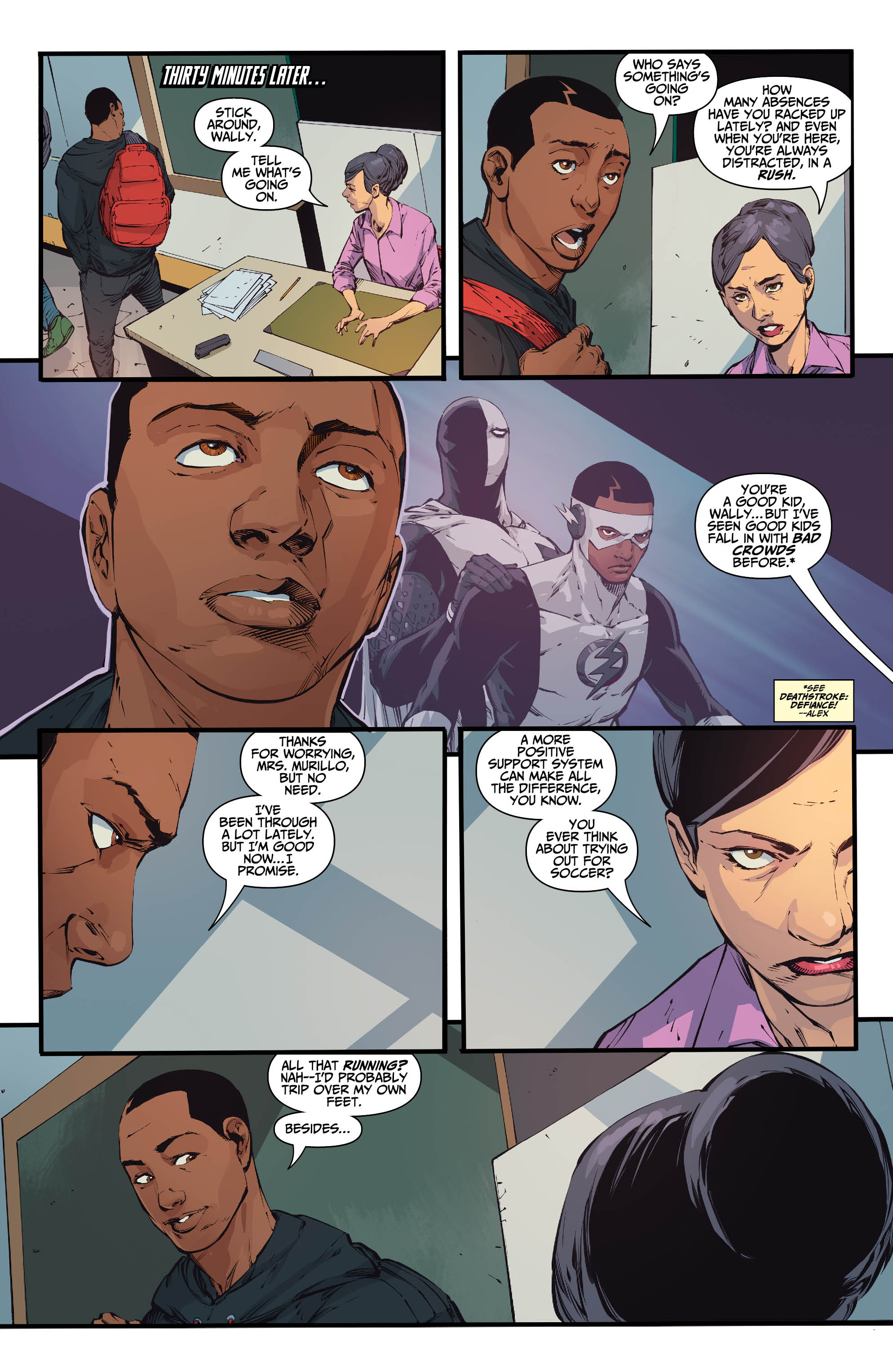 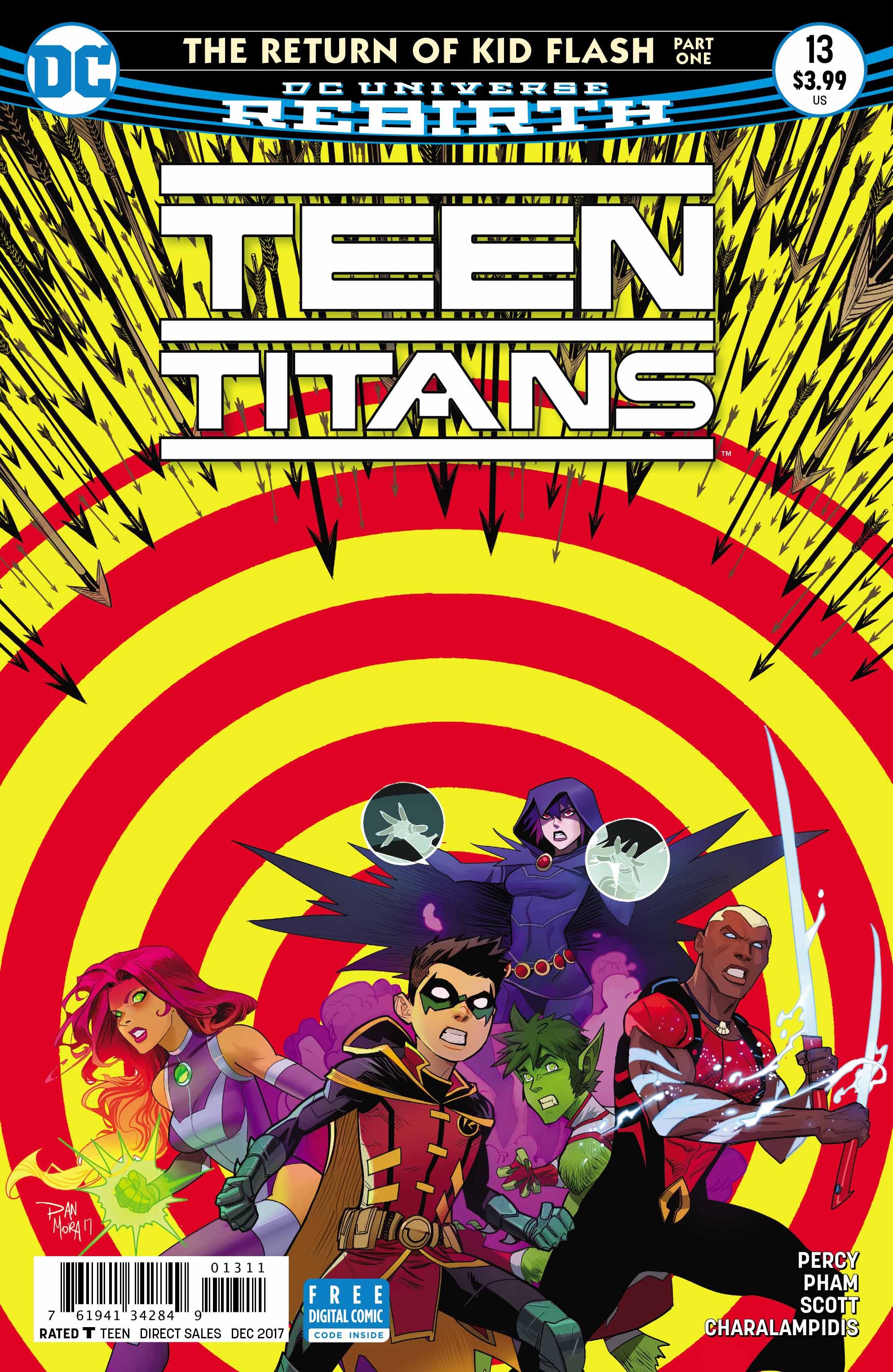 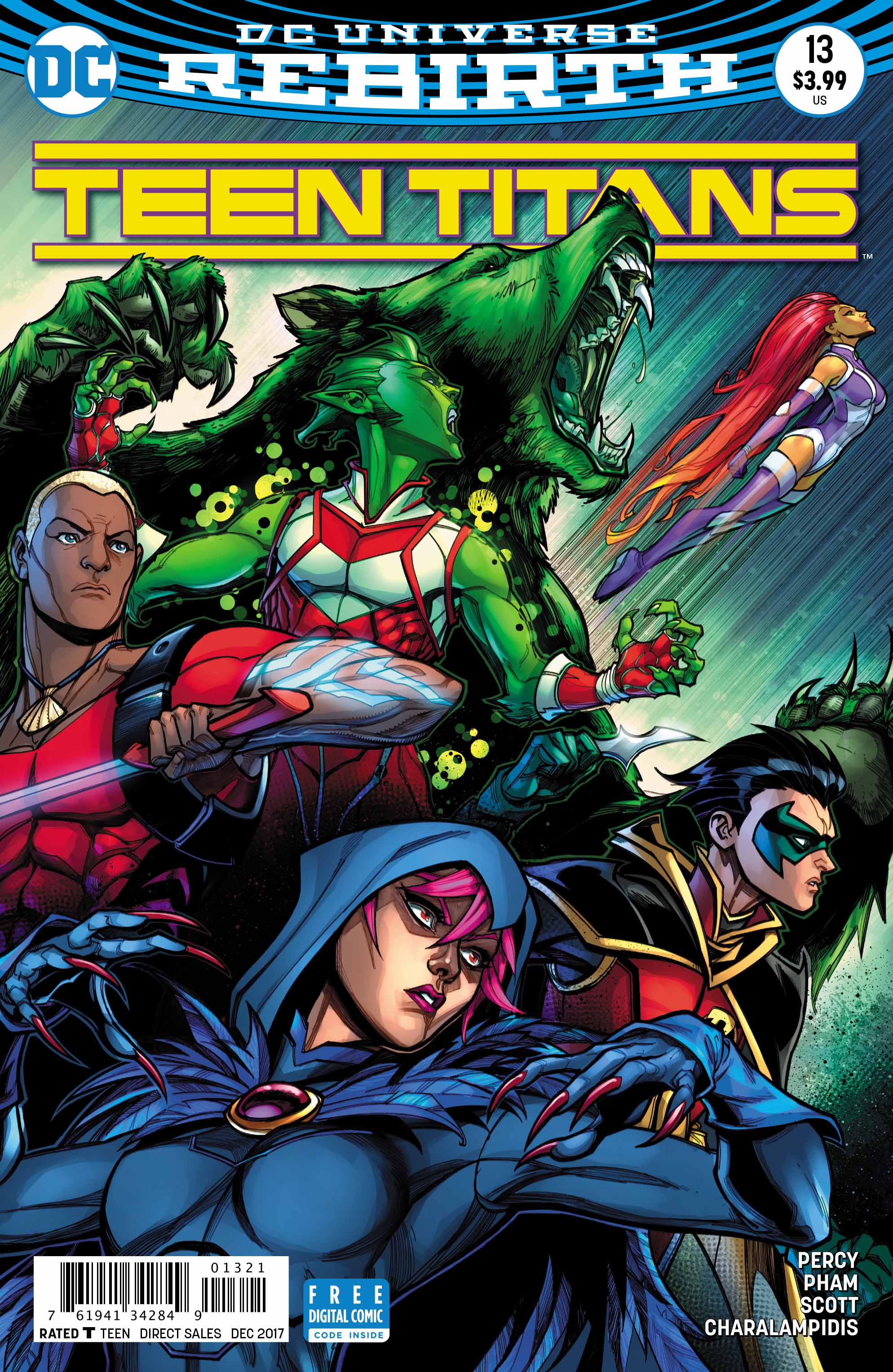 Team books thrive on color, and the colors showcased in Teen Titans #13 were incredible. Color is what helps readers distinguish characters quickly. This is particularly helpful in fast-paced issues. Differentiated colors and logos and bubbles help readers keep thoughts and dialogue between characters straight. This well-paced issue was easy on the eyes and set up a compelling story that could conceivably go in any number of directions.

Yet, as good as the art and colors were the character development set up in Teen Titans #13 was the most fun.

As someone new to the title, there were some allusions and callbacks to former issues. Still, I caught on quickly as Teen Titans #13 was a well-woven story with many options moving forward. Damian seems to have met his match in Emiko, Wally’s imminent return, Beast Boy’s shenanigans, and a chilling villain in Onomatopoeia, in particular, made this issue a good read.