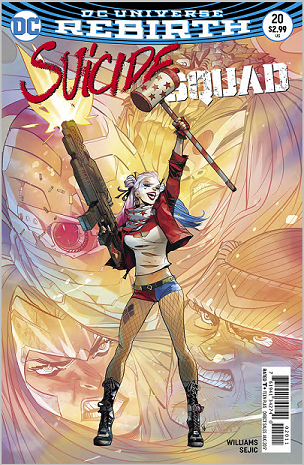 Unsuspecting readers, prepare yourselves! In the latest issue of Suicide Squad you will find: Romantic walks, park benches, job interviews, selfies, a Squad member getting a promotion, and valuable lessons in managing people.

“What?” You may be asking yourselves, “Has Rob Williams lost his mind?”

Quite possibly… and I love it!

After the thrill ride that was “Earthlings On Fire” (Suicide Squad #16-#19) This issue is a hilarious and welcome change of pace. Don’t get me wrong, while everything I listed above does happen in this issue, please remember that it happens to the members of comics’ most dysfunctional team. Domestic shenanigans and supervillains can be an explosive combination.

Worry not; Killer Croc is still very bitey, Harley gets her mallet out, Katana lives up to her name and the boomerangs they are a flyin’. This is every inch a Suicide Squad comic… with a twist. 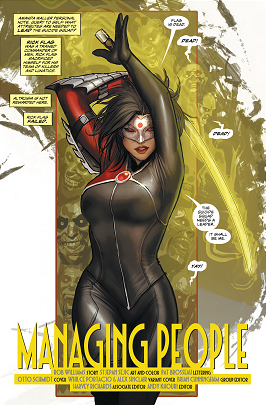 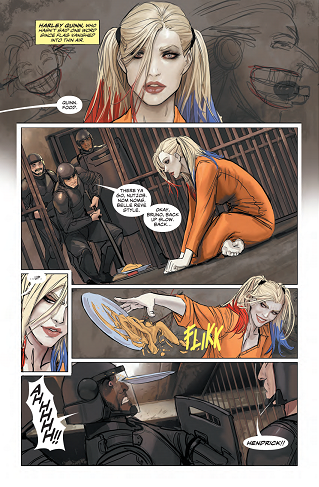 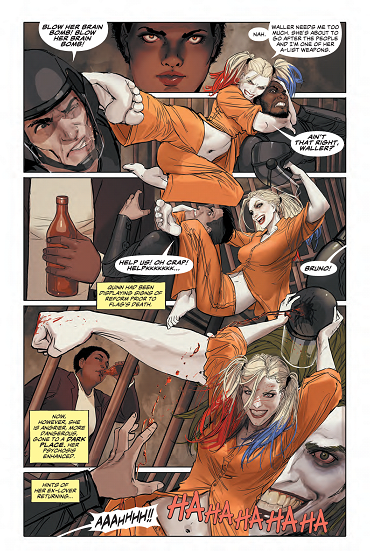 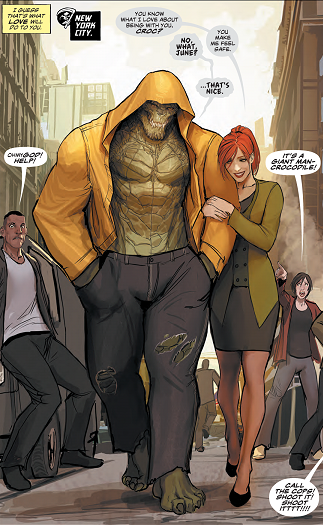 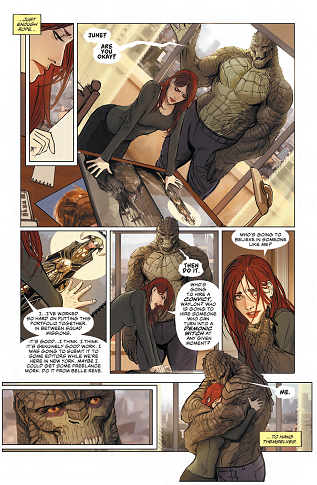 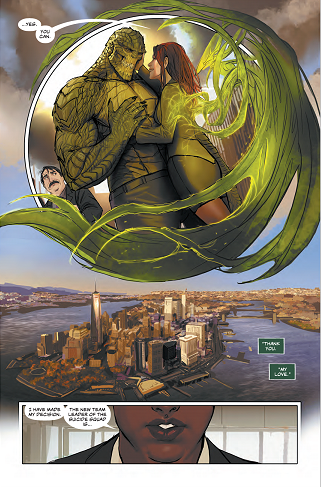 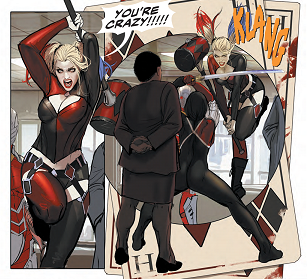 Once again Rob Williams delivers a script full of wit, pathos and more than enough action to merit the price of admission. Every single character is portrayed in a manner that both inspires, and terrifies. Harley reverting to the darker emotional state from her days with the Joker. Croc struggling between his love for June Moon and his fear of being alone. Amanda Waller fearful of how the team can continue without the stabilzing presence of Rick Flag. Katana influenced by the souls in her sword, and Enchantress in conflict with her human side.

Writing a team book is a heck of a juggling act; but Mr. Williams has all the balls in the air in a synchronized ballet of psychotic baddies.

Speaking of lovely, let’s talk about the art of Mr. Stjepan Šejić… it is yummy.

Sometimes, when an artist pencils, inks and colors his own work, the result can be a joy to behold. I love the team aspect of creating comics, but when an artist has the ability to express themselves and has been given enough time, and freedom, the results can be spectacular.

Stjepan’s work in this issue is full of warmth, character and depth. I love the way that his style treads the very fine line between comic-book caricature and almost still-life photo realism. His versions of the members of the Suicide Squad are totally his own, but are still recognizably the characters that we’ve grown to love (or really be concerned about) over the last 19 issues.

The latest instalment of Suicide Squad continues the high standard I’ve come to expect with this title. A quality story, a tight script and gorgeous art. I don’t know how long we have Stjepan Šejić on the book for, but I want to see his work again.

Bat fans can look forward to seeing his take on more of the Dark Knight’s cast of characters in the upcoming Dark Nights: Metal tie-in! “Gotham Resistance.” I can’t wait.