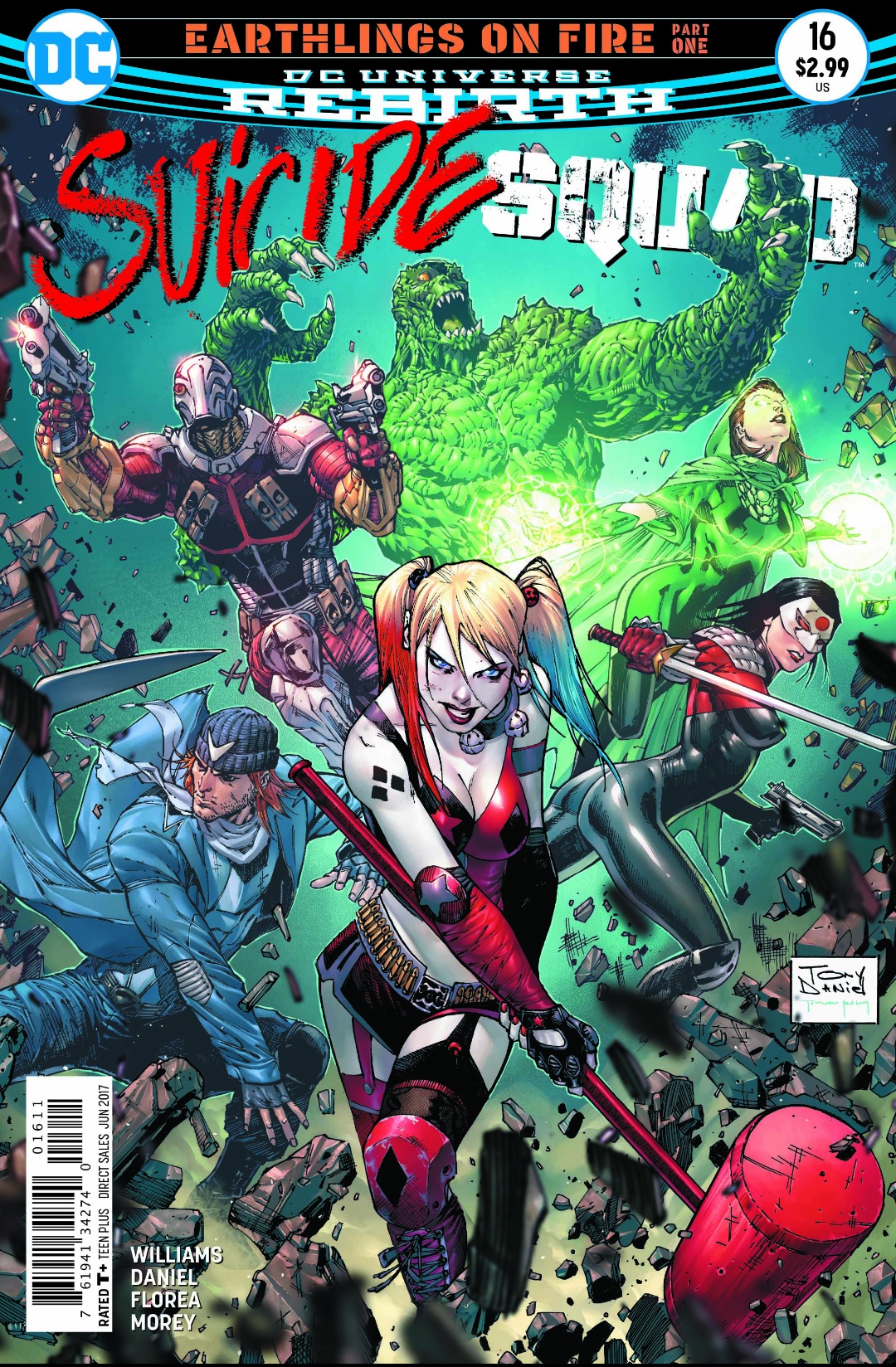 After the shattering events of Burning Down The House, the latest issue of Suicide Squad starts a brand new story arc, features an all new art team and shakes up the format of the title.

In my reviews of issues #13, #14 and #15 I was very appreciative of their innovative and unique storytelling layout. When the book was relaunched as part of the DC Comics Rebirth line it split the book into two halves, each half being drawn by a different art team. Usually I prefer a consistent look to prevail throughout an entire issue, but Rob Williams’ writing changed in tone and mood for each half. Basically, a storytelling approach that I wouldn’t normally like worked, and worked well.

With #16 we have the more traditional comic-book trope of one writer, one penciller and one inker. This is a true, tried and tested formula, and usually how I like my comics to be. Not this time.

I have been a fan of Tony S. Daniels for many years, as both a comics artist and as a writer. His run on Batman was very good indeed. When I saw that he was the artist for this issue of Suicide Squad, I was initially quite excited. Sadly, I came away a little disappointed. 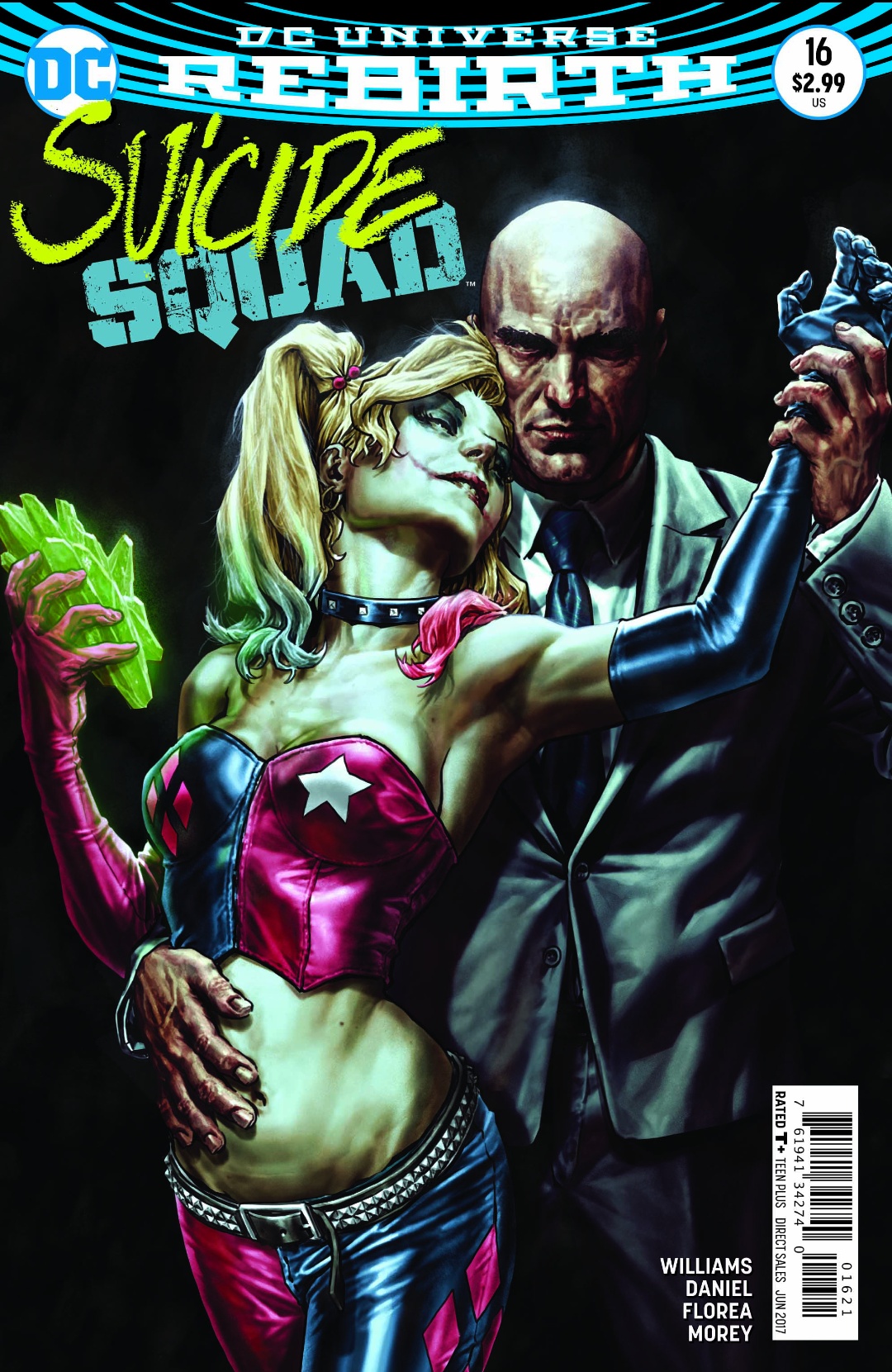 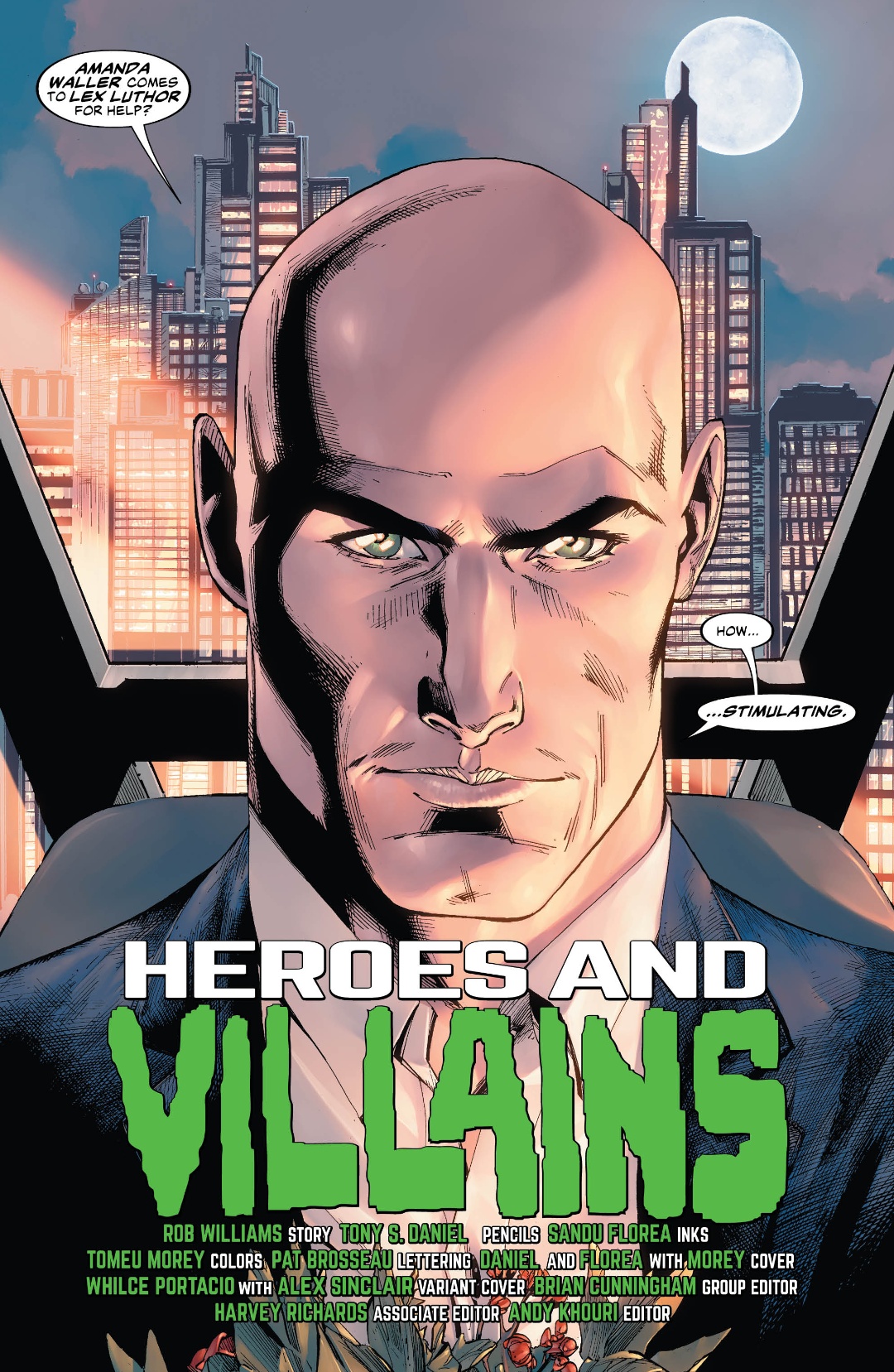 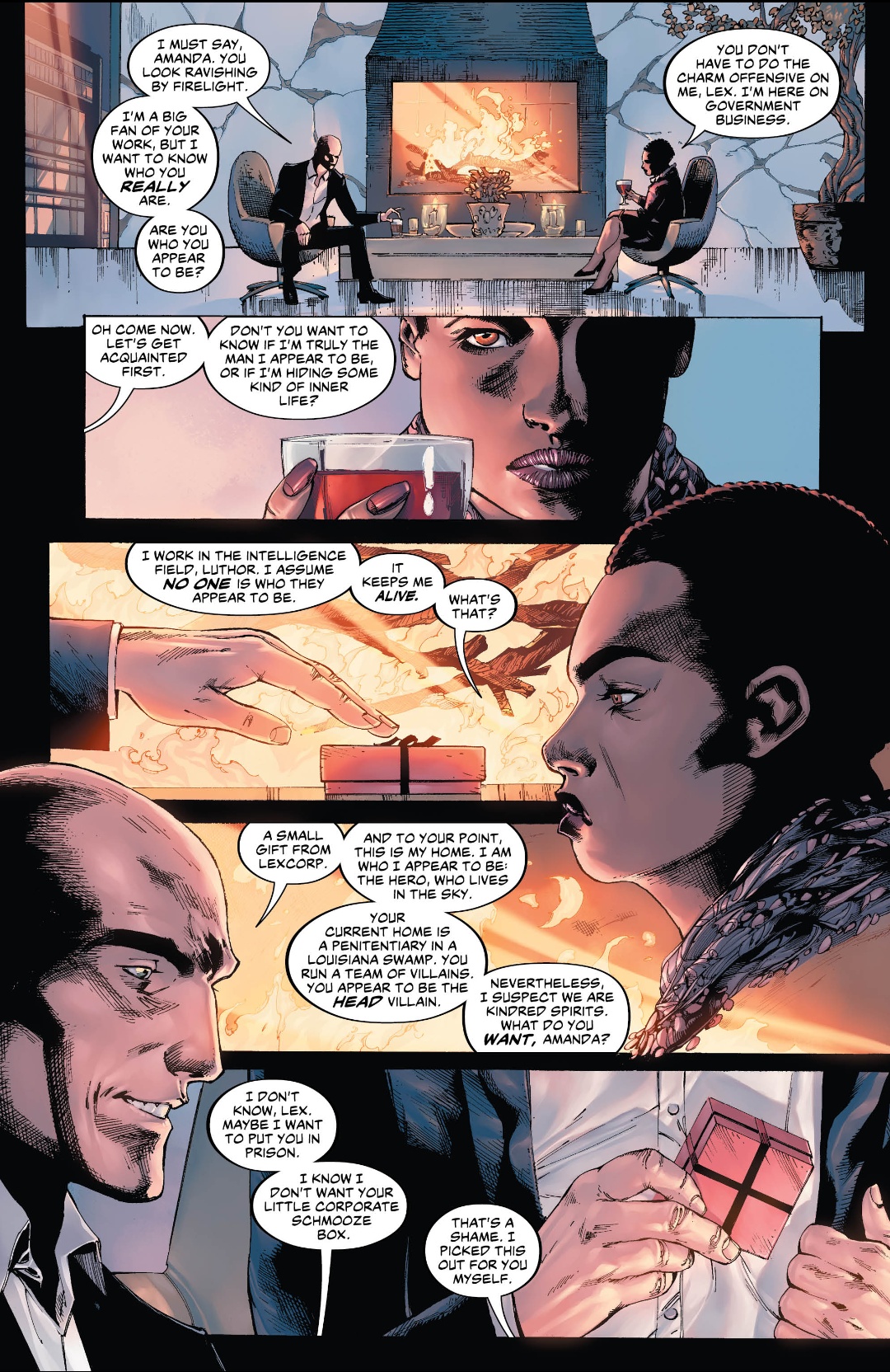 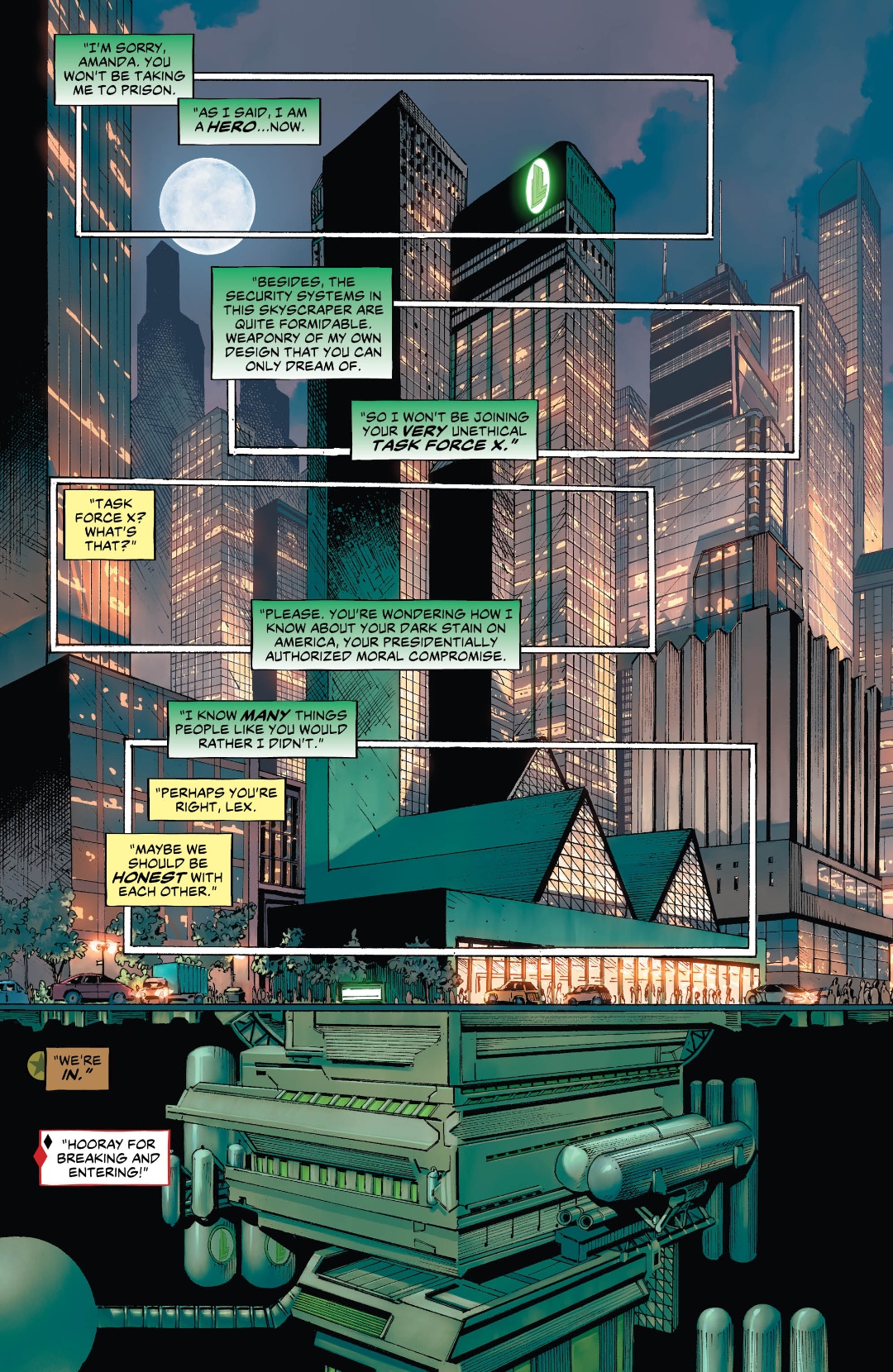 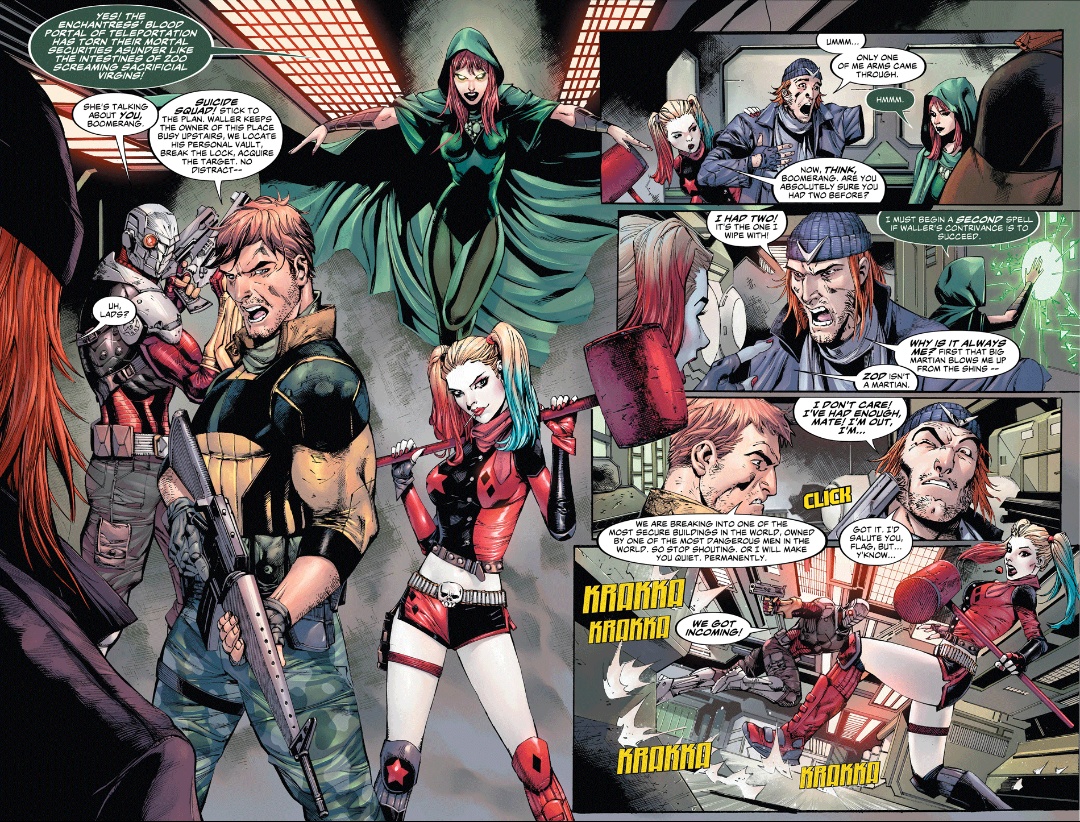 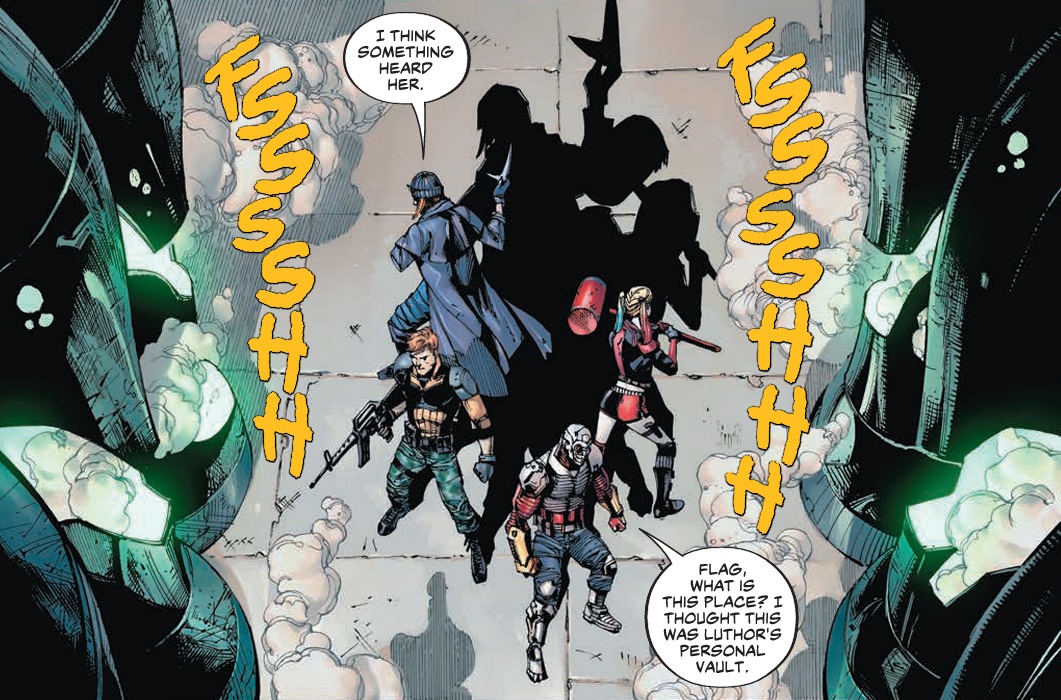 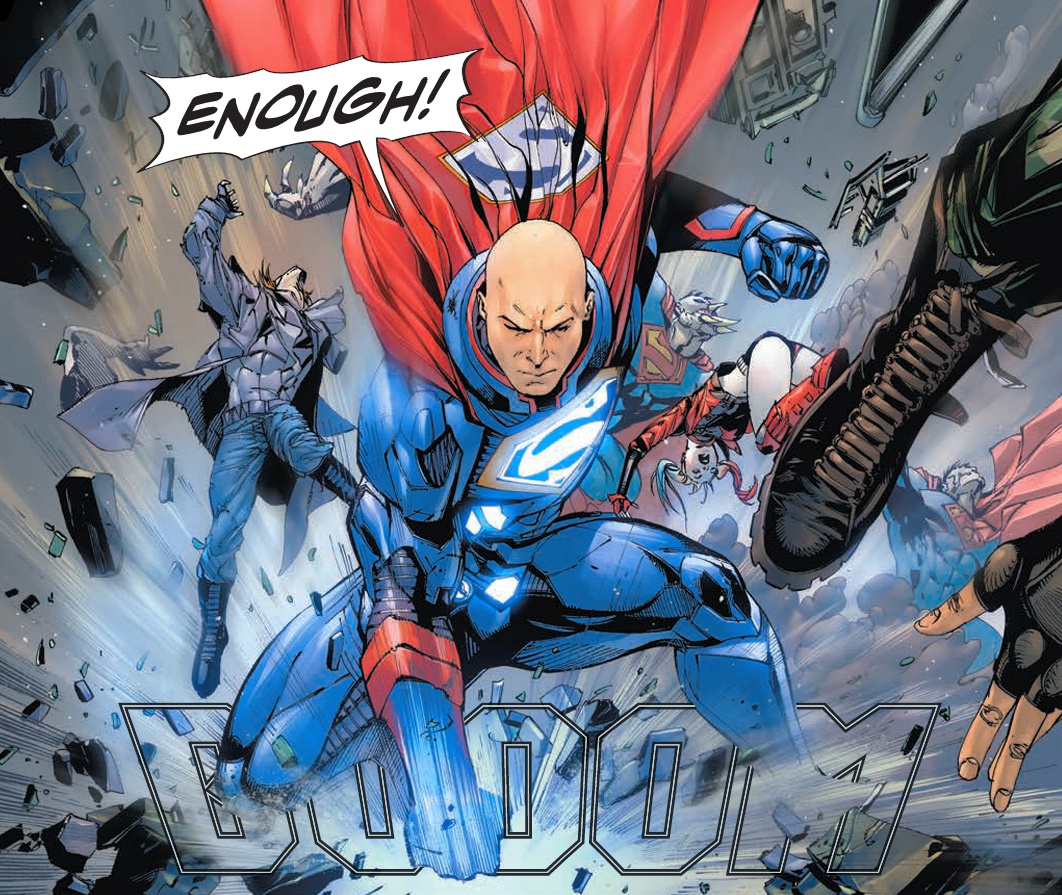 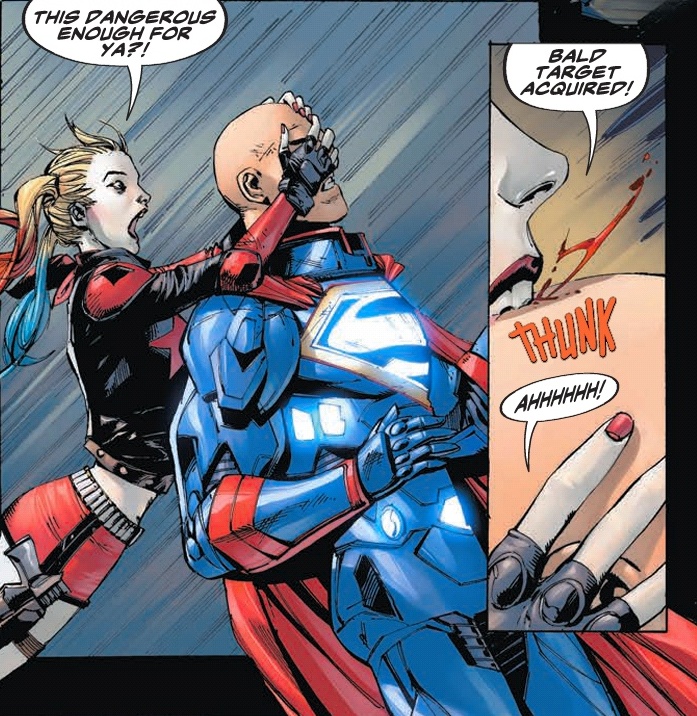 State Of The Art

While the layouts and composition of this issue are of an extremely high standard, the level of detail – particularly in close-ups of the characters’ faces – are not of the standard that I have come to expect from Tony Daniel. I’m not sure whether he’s a fill in artist, and he had to get the issue out in a hurry (in which case he did a good job) or whether Sandu Florea’s inking is the problem. In Tony’s previous endeavours, the art was smooth and high contrast, with deep shadows and a very fluid feeling. The art here looked scratchy and, I’m sorry to say, amateurish in places.

There are worse looking books out there, but after being treated to the art of Jim Lee, Eddy Barrows and John Romita Jr. for 15 issues I did feel a little let down.

Thankfully this title is still being written by Rob Williams. Without giving too much away we see both sides of a certain Mr. Luthor in this instalment. Am I really being over-cynical by thinking that his pseudo-Superman facade will soon crumble and that he’ll revert to type? Whatever happens, I’m really enjoying this version of Lex. His interactions and relationship with Amanda Waller are surprising, yet true to character. Also true to form, Mr. Williams ends the issue with a bang.

Right from the start, the quality of the writing on this title has been consistently high. There are always surprises and twists aplenty to engage the audience. Comics, though, are generally viewed as a marriage between writer and artist and supposed to give a sum greater than its individual parts. In my humble opinion, the level of the artwork in this instance has not matched the standard of the writing, so I’m sad to only award this issue: