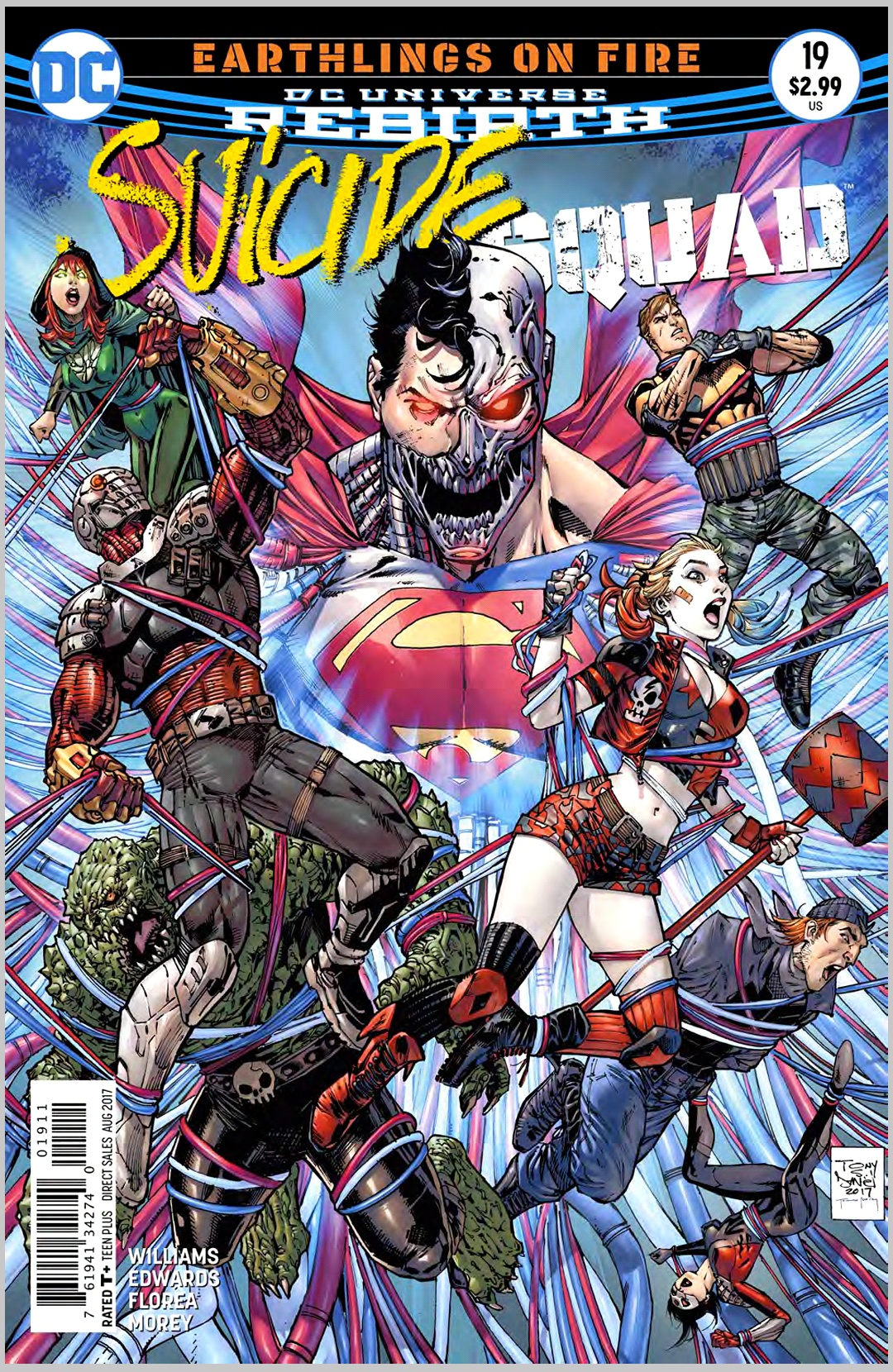 After the huge surprise on the very last page of issue #18, with the sudden appearance of The Eradicator and Cyborg Superman, the wait for Suicide Squad 19 and “Earthlings On Fire,” Part Four has been torture.

The team had plenty to deal with fighting that hot-head General Zod, without the appearance of two more super-baddies! The advent of the new arrivals could mean the release of every phantom zone inmate… not a nice outcome.

This storyline has been building since the introduction of the Black Vault, back at the beginning of the DC Rebirth. Rob Williams has intricately crafted the threads of Zod’s story for months now, and is slowly pulling them together. This issue ties in with Action Comics #980 and #981, but is so well crafted that you don’t need to read those books at all. I did, but if you’re on budget, rest assured that you don’t really have to. 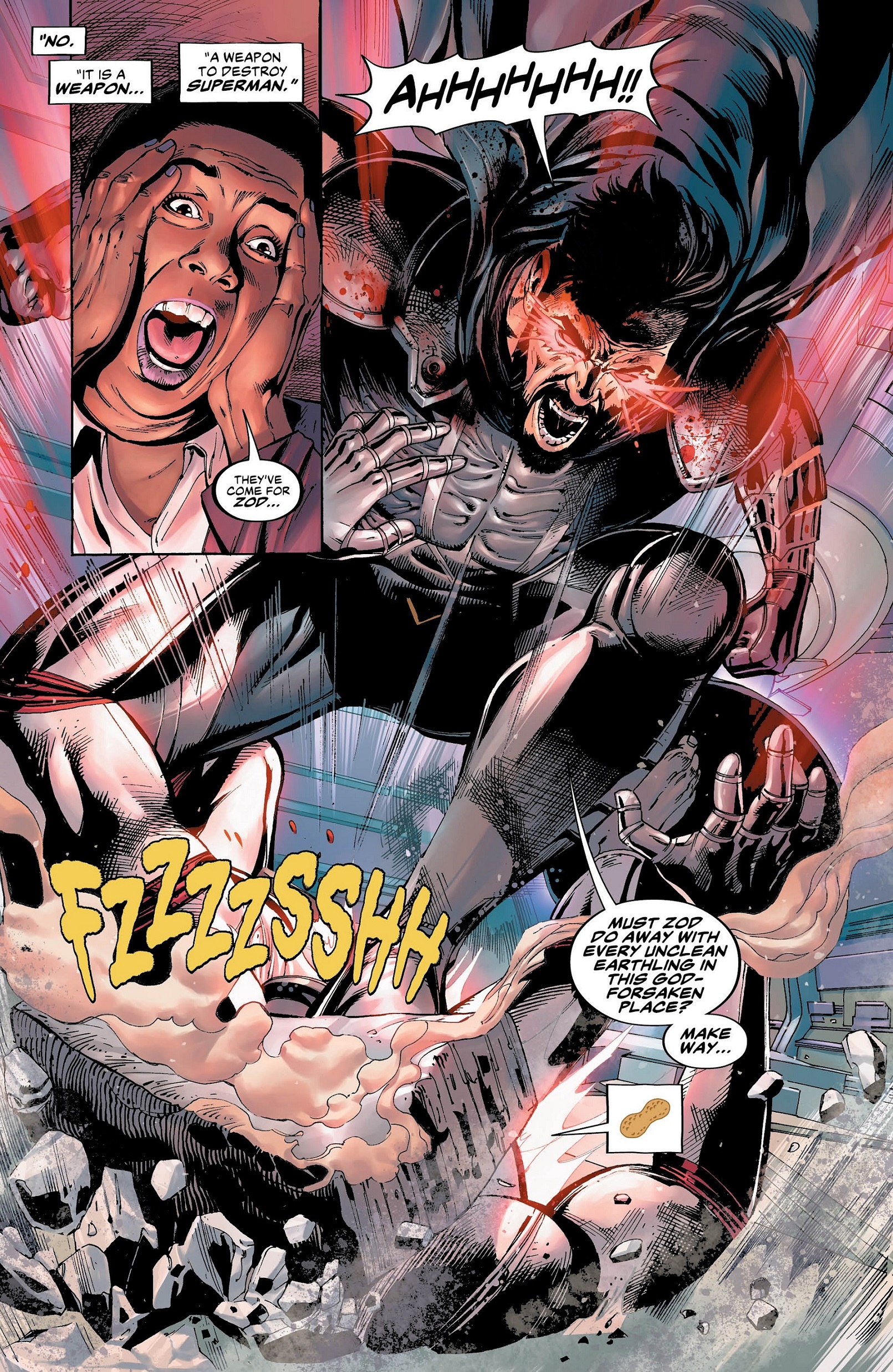 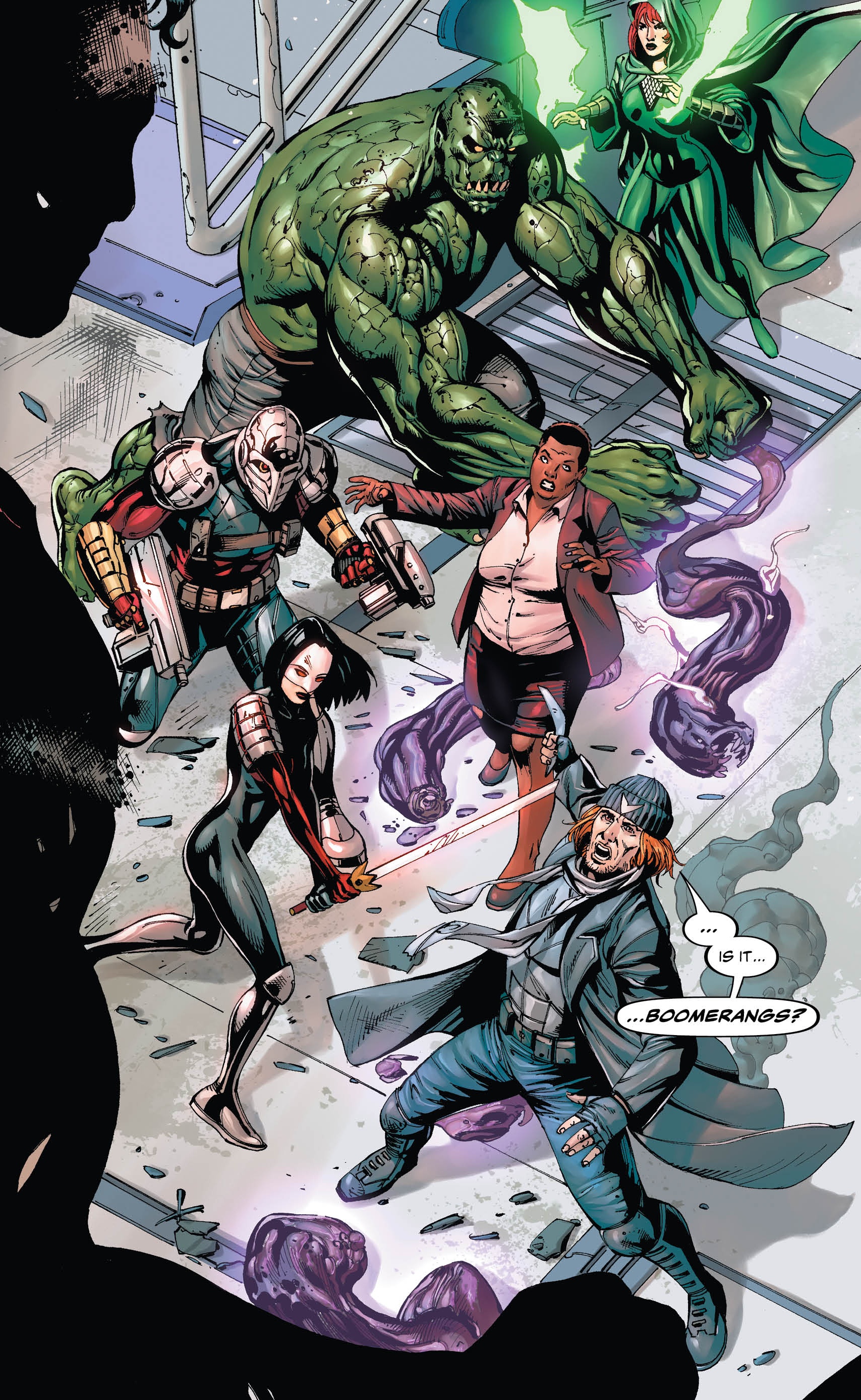 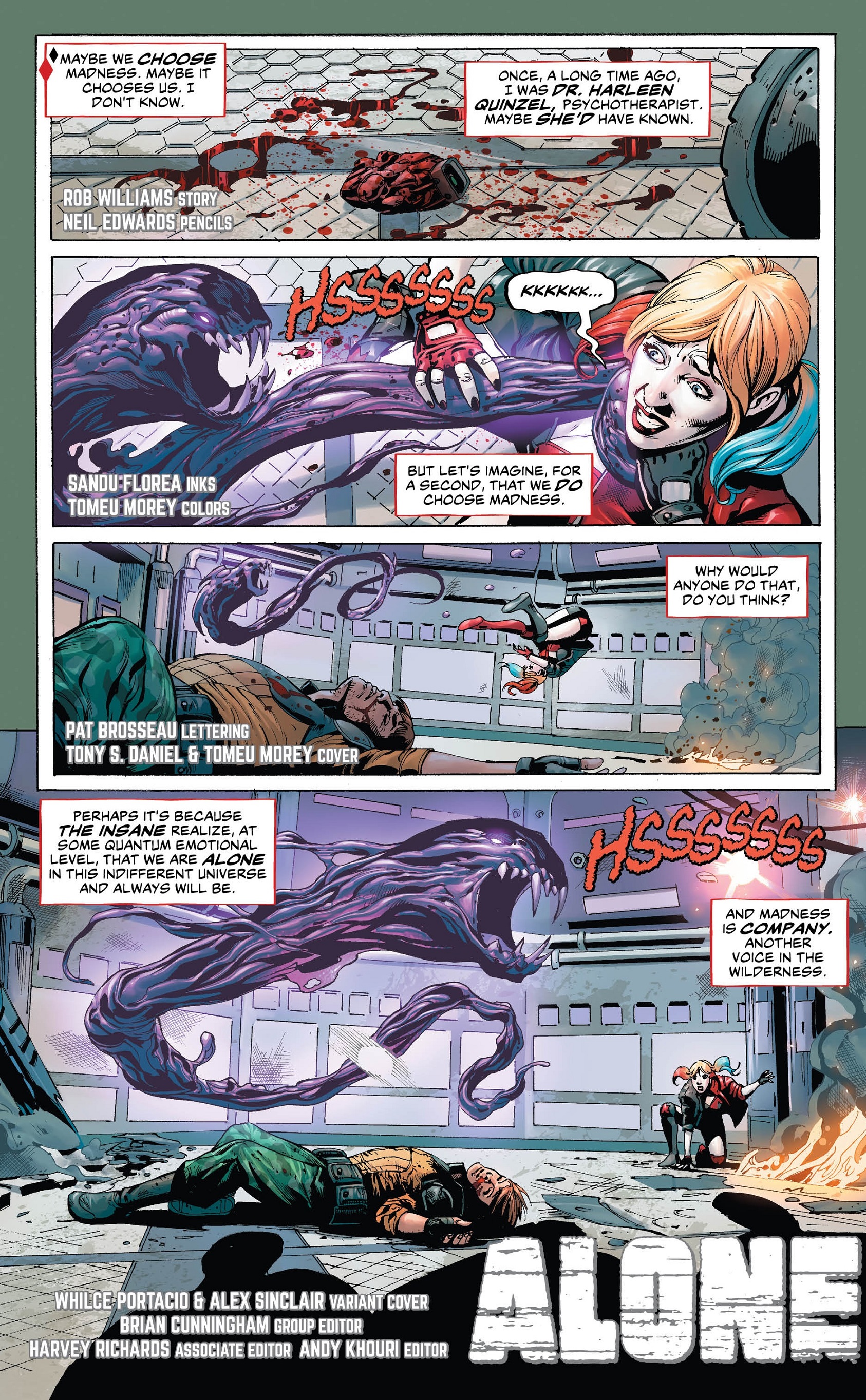 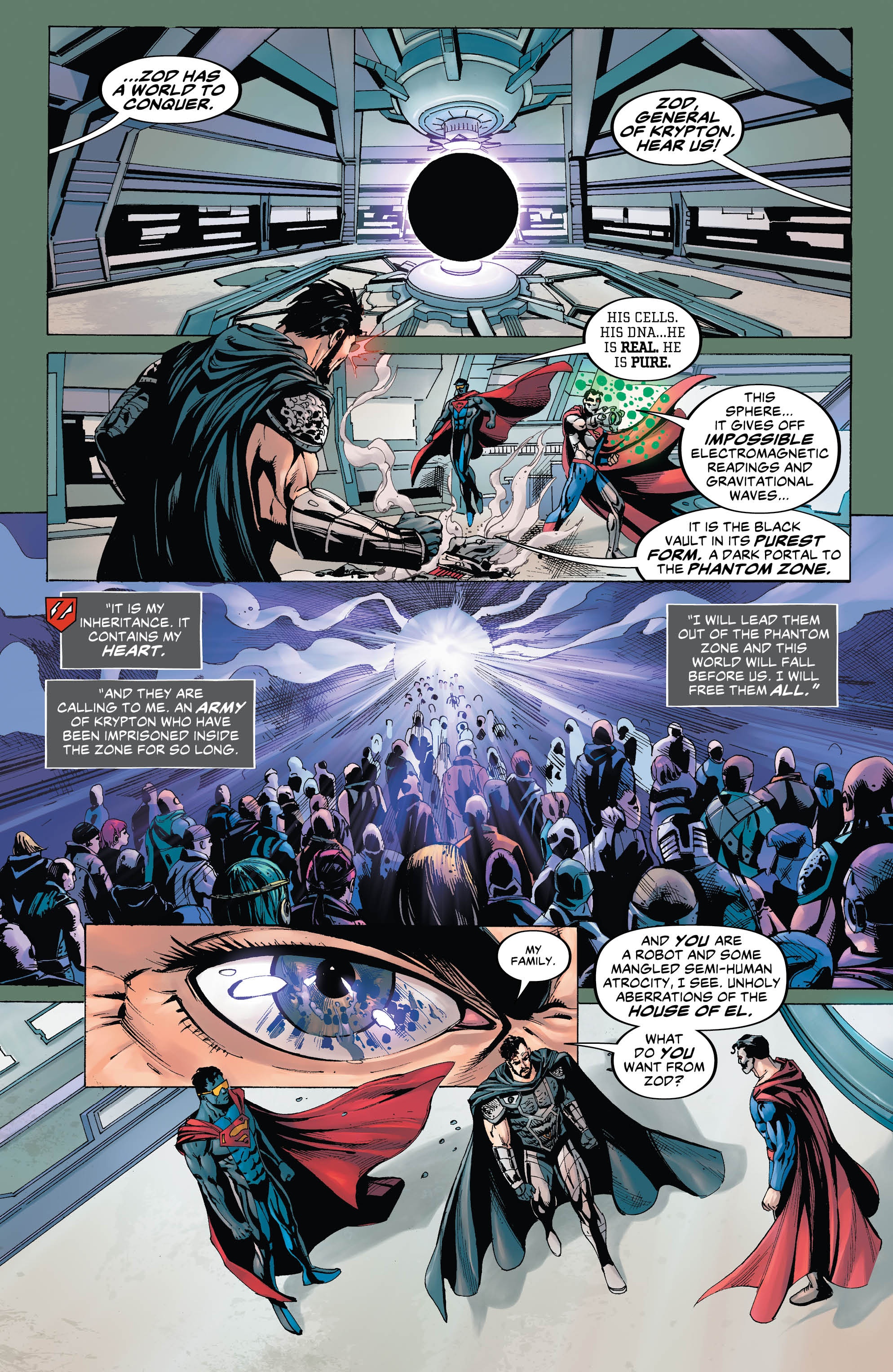 Wraiths from the Phantom Zone, cyborg clones, and Kryptonian androids. Bat villains, magic and heroic sacrifice; this issue is jam packed. Rob Williams has given us another action filled book, but knows his characters so well that it doesn’t dissolve into a mindless free-for-all. Amanda Waller’s reaction to Zod and his Kryptonian cohorts is a real surprise, and the term Suicide Squad is – once again – proven to be a fitting name for this team.

Artist Neil Edwards does a great job with the art. Working with regular series Inker, Sandu Florea, the tone of the book fits perfectly with what has come before. Mr. Edwards’ layouts and draughtsmanship are solid. The story flows well and is expertly crafted. Team books can be a nightmare to draw; a multitude of different characters, explosive action and the more intimate moments can be a lot to juggle. Neil Edwards and Sandu Florea have delivered admirably.

I count myself fortunate with the books I review. Suicide Squad hasn’t always been the greatest comic in the world, but since the DC Rebirth, Rob Williams has been writing one of the best team books on the shelves. In most instances, his stories have been complemented with some spectacular artwork. Suicide Squad 19 continues this tradition.