If you’ve been keeping up with Gotham on FOX, then you are aware of the fact that the finale of Season 2: Wrath of the Villains has aired last Monday, and that Arkham Asylum would have been blown to bits by massive bomb, if Jim Gordon had not selflessly intervened.  Furthermore, Hugo Strange’s experiments and/or patients have been unleashed onto the streets of Gotham City, but due to effective camera angles and blurring effects, the unleashed villains were not completely visible to viewers.  Finally, we learned that the Court of Owls run Wayne Enterprises from the shadows, and furthermore, they directly control Indian Hill via their lapdog scientist, Hugo Strange.  Despite the season finale ending on quite a bit of a cliffhanger, executive producer John Stephens elucidated the matter of three particular villains that viewers should expect to see during Gotham in season 3, which will air this Fall on FOX on Mondays at 8/7c.

Those of us who are familiar with Batman comics, video games, and/or other media will know that the Mad Hatter is a essentially a mad doctor obsessed with both hats and manipulating the minds of his victims with various types of drugs and devices.  Solomon Grundy is essentially a hulking undead man with regenerative abilities and superhuman strength that arguably render him invulnerable.  Talon is a character that first appeared in Snyder’s & Capullo’s Batman #1 of the New 52, is a formidable assassin, and is a member of the Court of Owls.

Here’s what Stephens said about the Court of Owls:

“The Court of Owls is like an Illuminati. They are a shadowy group of powerful people who have controlled Gotham for centuries. They might, or might not, be behind the Wayne murders. They have financed and directed Indian Hill and Hugo Strange’s research. We will not learn all that much about them in the [Season 2] finale, save for the fact they are the people behind Hugo Strange and are most likely the culprits behind Martha and Thomas Wayne’s murders. Bruce will learn of their existence, but not necessarily their name. That will obviously push him forward.”

A lot has transpired during the course of both Gotham in season 2, which comprises both Rise of the Villains and Wrath of the Villains.  Many new characters have been introduced, and several iconic villains have begun to develop into the manifestations of exactly why Gotham City will eventually require the Batman.  Catch up on Gotham on August 16th, when season 2 of Gotham will be available for purchase on Blu-ray. 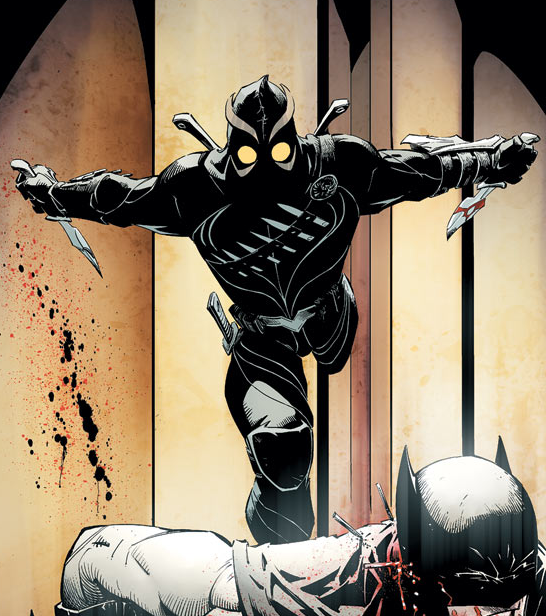 Talon and Batman having a nice day at the office. Not.