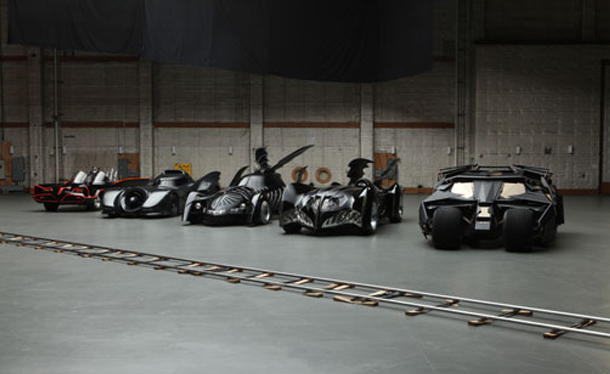 In honor of the recent announcement of Batman: Arkham Knight‘s “Batmobile Battle Mode”, today’s #Batfact will focus solely on the Batmobile! And sit tight, because it’s a BIG’un!

Over the past 75 years, the Batmobile has taken many shapes, and served many purposes. It’s been used to intimidate, track, capture, and transport criminals and villains. How MANY forms has the Dark Knight’s car assumed since that first red coupe hidden in a garage near stately Wayne Manor? When you take ALL the Batmobiles from the comics, and the Elseworlds stories, and the films and television shows, and add them all up, you get over TWO HUNDRED AND FIFTY BATMOBILES!!!

So how could we possibly cover every single one of the cars in Batman’s garage? Well, we can’t. That would just take forever. So, we’ll focus on what I like to call “The Big Five”: The Barris Kustoms car (1966-1968), Anton Furst (1989-1992), Barbara Ling (1995 and 1997), and Nathan Crowley (2005-2012). Only four designers are listed because Barbara Ling had the rare opportunity to design TWO different Batmobiles for the Joel Schumacher films, and let’s be honest: The movies themselves might not have been the greatest, but their Batmobiles are DEFINITELY in the plus column.

So who’s ready for a massive onslaught of Batmobile fun facts? I sure am! 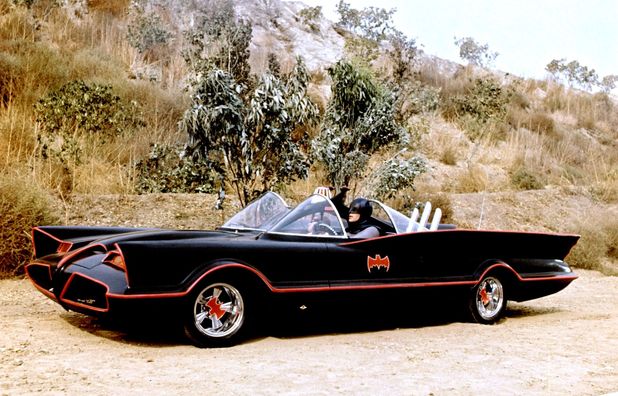 1. George Barris was given a budget of $15,000 and a deadline of three weeks to build the Batmobile for the 1966 television show.

2. Barris bought a non-functioning Lincoln Futura concept car (that cost Ford $250,000 to develop) for only ONE DOLLAR.

3. The famous jet thruster on the rear of the Barris Batmobile, which has been repeated for DECADES on future incarnations of the car, was just a five-gallon paint can.

4. The car was originally painted a dull gray with white stripes, but the car just didn’t POP for Barris. He soon repainted the vehicle black with orange stripes. 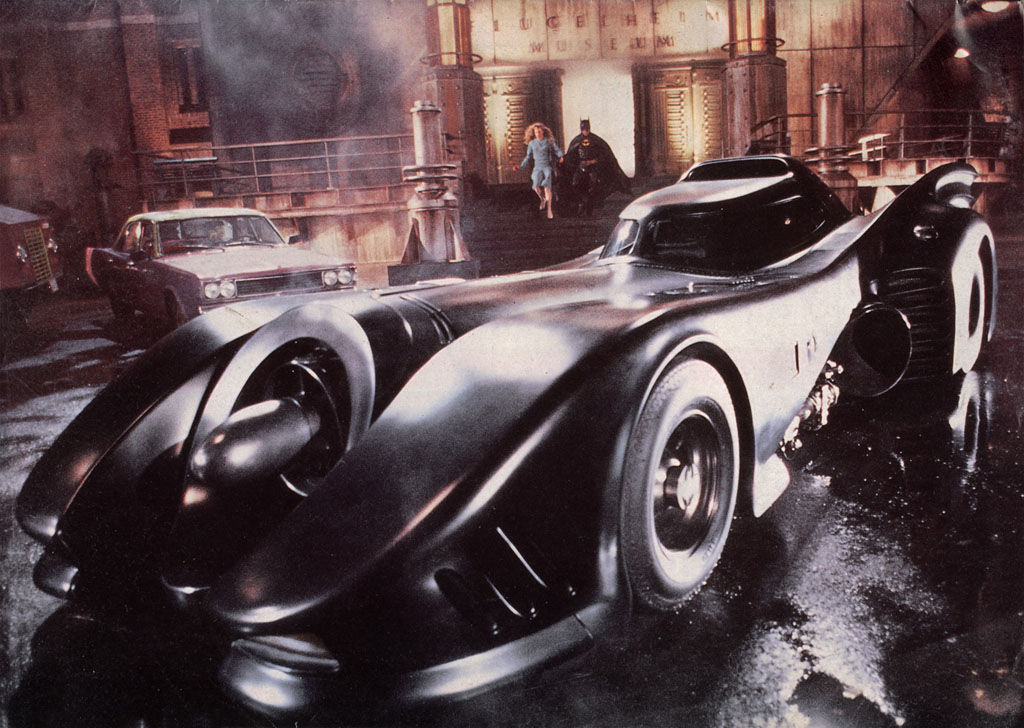 1. The fins for this Batmobile were hand-sculpted. One fin is curved, and the other is straightened. When the vehicle reaches speeds in excess of 90 miles per hour, the rear of the Batmobile wobbles.

2. While it’s not really visible on screen, the black paint on the car has a bit of a green tint to it. Tim Burton is weird.

3. The design for this car was inspired by Salt Flat racing cars and 1950s Stingrays.

4. To build the car, the production team welded together two Impala chassis, and it was powered by a Chevrolet V8 engine. It was capable of going from 0 to 60 in less than 4 seconds. 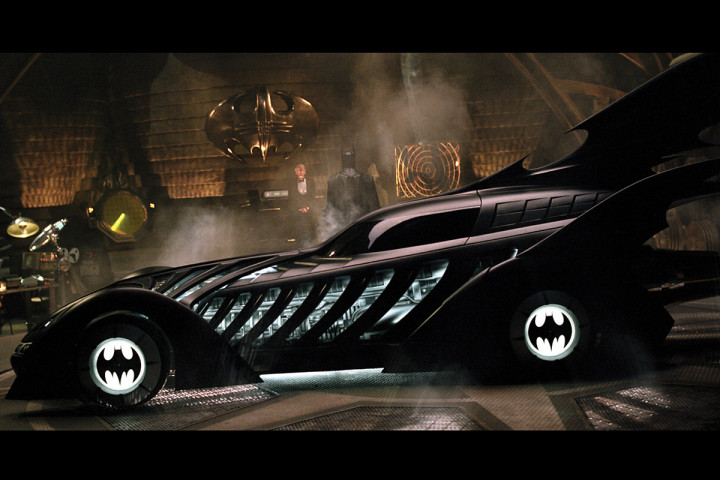 1. The design of this car warranted the issuance of three new patents.

3. When the engine is fired at full power, it can shoot out a flame up to 25 feet in length.

4. This Batmobile is powered by propane (and propane accessories). 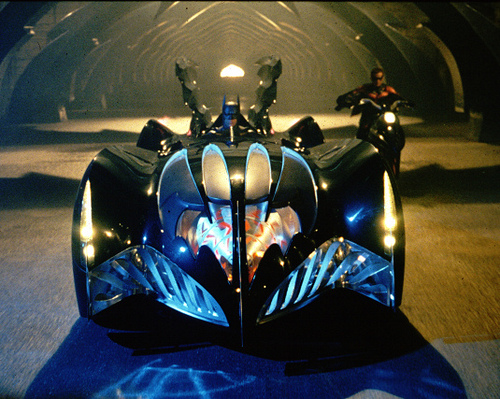 1. The treads in the tires of this Batmobile are Bat insignias, so if the Dark Knight has to traverse rough terrain, he leaves a trail of Bat symbols in the dirt. Because Batman TOTALLY wants everyone to know where he goes.

2. Even though we don’t get to see much of this car, the cockpit is actually very intricately designed. It’s a shame Batman uselessly let it get destroyed in his pursuit of Mr. Olympia — err, Freeze.

3. The car was designed only for one occupant, perhaps for the sole purpose of setting up the scene where Batman disengaged Robin’s motorcycle engine during the pursuit of Mr. Universe — I MEAN FREEZE!

4. The original design would have had retractable wings that emerge when he accelerated and retracted when he came to a full stop. Would have been annoying after only the first traffic jam. 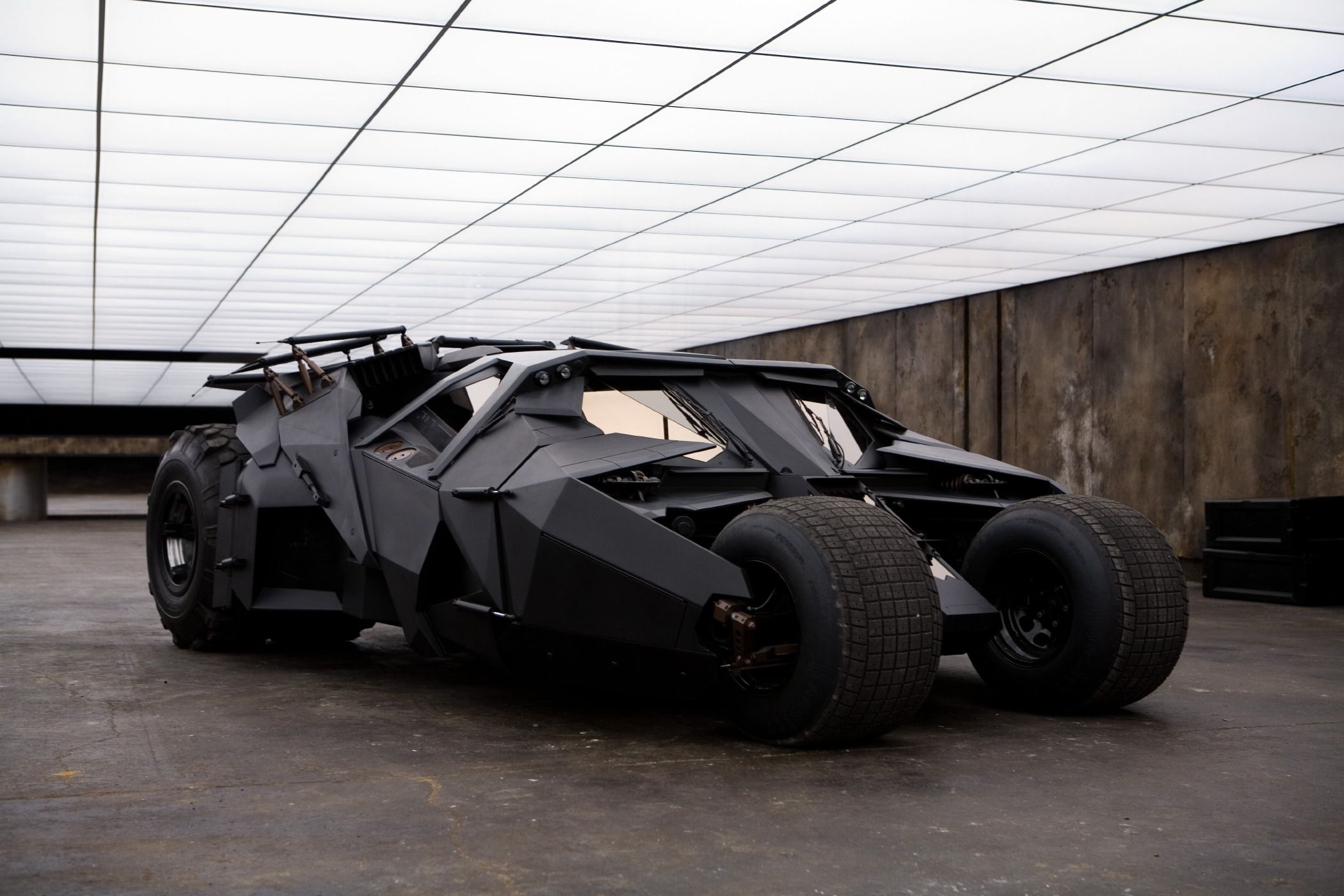 1. Though touted as a military vehicle in the film, the Tumbler’s fiberglass body couldn’t even stop a bullet (let alone a bazooka shell).

3. The movie studio wouldn’t let Christopher Nolan even begin shooting Batman Begins until they saw that the Tumbler could do the things they wanted it to in the movie.

4. The Tumbler was conceived of a combination of Humvee and Lamborghini models.

Well, how about that? Some neat little fun #Batfacts for you. I hope you had as much fun reading this article as I did writing it. 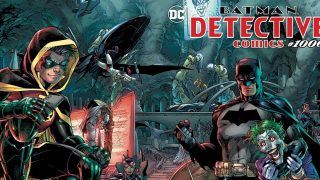 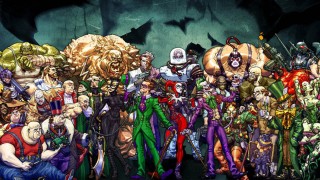 A Visual History of the Inception of Batman’s Villians