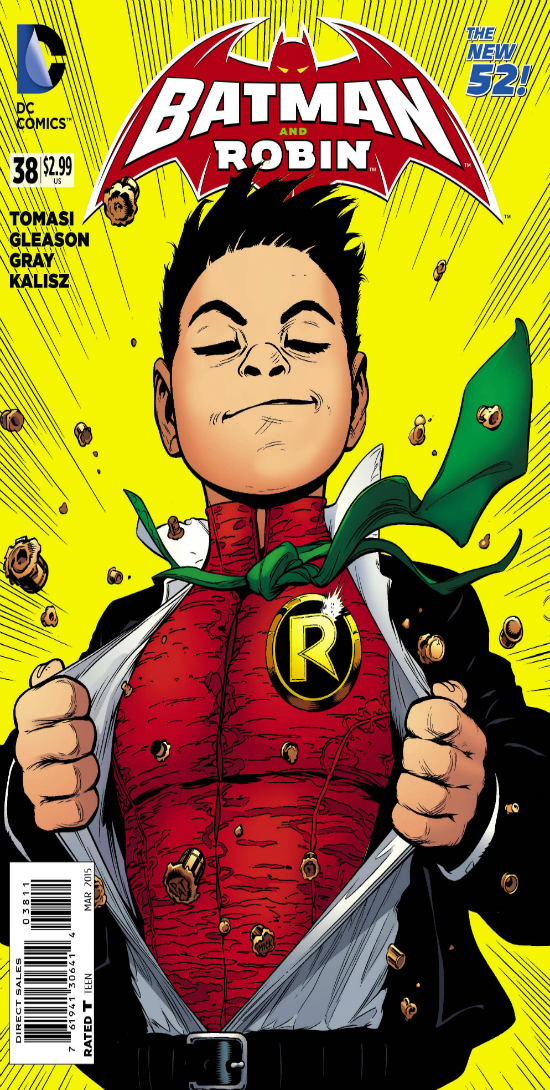 With multiple new titles beginning in June, DC Comics fans have thrilling times ahead; including a new title starring one of its most dynamic characters of late, Robin.

Yes, that’s right. Damian Wayne will be leading the charge in his very own comic — Robin: Son of Batman. In preparation of this exciting event I thought it prudent to share the bio of this most interesting Boy Wonder by asking, “What do we know about the newest Robin, Damian Wayne?”

Well, for one, he’s Batman’s 10-year-old son. Genetically perfected and grown in an artificial womb without Batman’s knowledge he was raised by his villainous mother and former love interest to Batman, Talia al Ghul, where he was trained to be an assassin by the League of Assassins. As might be expected, his sudden appearance and ominous nature have posed unique challenges for the Caped Crusader.

For another, Damian is incredibly intelligent and highly skilled in the arts of stealth and fighting, but his youth, arrogance and constant struggles with his darker side make him unpredictable at best. This not only translates into havoc at the worst times, but also makes up the root cause of Batman’s concern for the troubled path Damian shows a tendency to follow. As Batman confronts the daunting task of mentoring Damian in the virtues of a moral character, his own patience seems the biggest factor if he hopes to achieve his ultimate goal of persuading his son toward the better use for his abilities as a hero rather than a villain.

After Damian’s surprising death in, Batman Incorporated issue #8, in which he was killed by his clone, The Heretic, during a Leviathan invasion of Wayne Tower then his recent rise back to life in, Batman & Robin issue #38, he’s not only back but he’s apparently better than ever. Thanks to super powers added to his repertoire courtesy of the Chaos Shard used to resurrect him, he now sports bulletproof skin.

And now, beginning with the first issue of Robin: Son of Batman (on sale June 17) he’ll be handling business on his own terms which, with his new super powers, and writer Patrick Gleason at the helm, should prove to be quite entertaining.