What better way to celebrate the symbiotic relationship between comics and action figures than this amazing offer from McFarlane Toys? Spend $50 or more in the online store, use the code BATMAN50, and not only will you receive 5% off your order but you’ll be sent a free copy of Batman #127 with this exclusive action figure variant cover. Spend $100 with the code BATMAN100 and you get yourself the 5% off your order plus a gold foil version of the cover.

So that’s money off your order PLUS a free comic that has an exclusive variant cover!

The figure in the photo was released to commemorate the DC Rebirth event back in 2016 which saw the relaunch of the whole DC comics line, aside from Detective Comics and Action Comics which reverted to their old issue classic numbering. Costumes were tweaked a little, by illustrator Greg Capullo – who had been on the title with writer Scott Snyder for the previous five years – designing the look for Batman which included a gold trim around the Bat symbol, a shaped utility belt, gloves that were more like gauntlets and shorter ears on the cowl.

Capullo and writer Scott Snyder had just completed a phenomenally successful run on Batman and passed the baton to writer Tom King and superstar illustrator David Finch on the initial run, while Detective Comics #934 saw the arrival of James Tynion IV as writer with Eddy Barrows, Álvaro Martínez Bueno, Marcia Takara, and others illustrating. While King’s writing turned out to be controversial, with a series of brilliant highs and fan-angering lows, with arrival of James Tynion IV on Detective Comics concurrently, the Rebirth era became a hugely important chapter for the character. 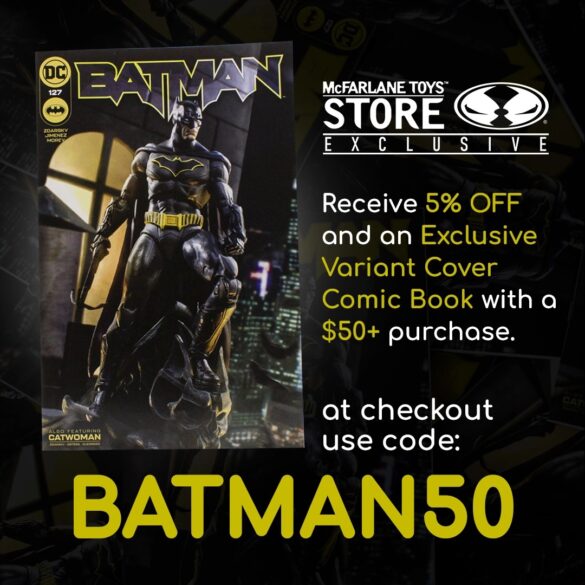 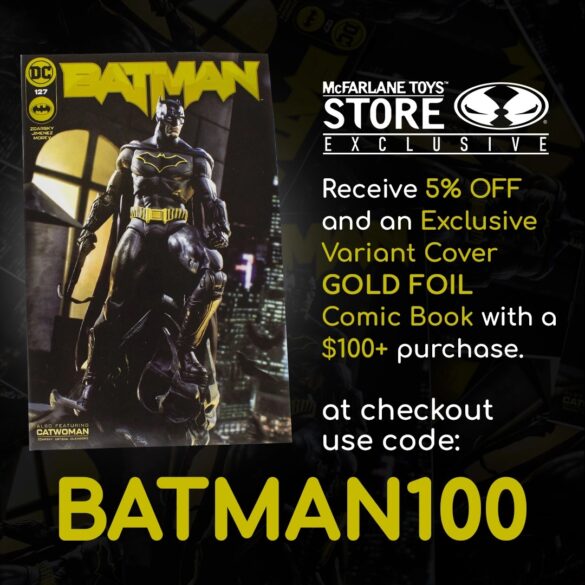 As for the issue itself, it’s an absolute corker in a run which has been as good as the title has been in recent years. Writer Chip Zdarsky and illustrator Jorge Jimenez are beyond the proverbial safe pair of hands. It’s a great issue and this cover features a terrific action figure in a magnificent photo that represents a positive relaunch for DC and Batman. The best part? It’s free with a qualifying purchase from McFarlane Toys, which will also discounted.

Seriously, what are you waiting for?!