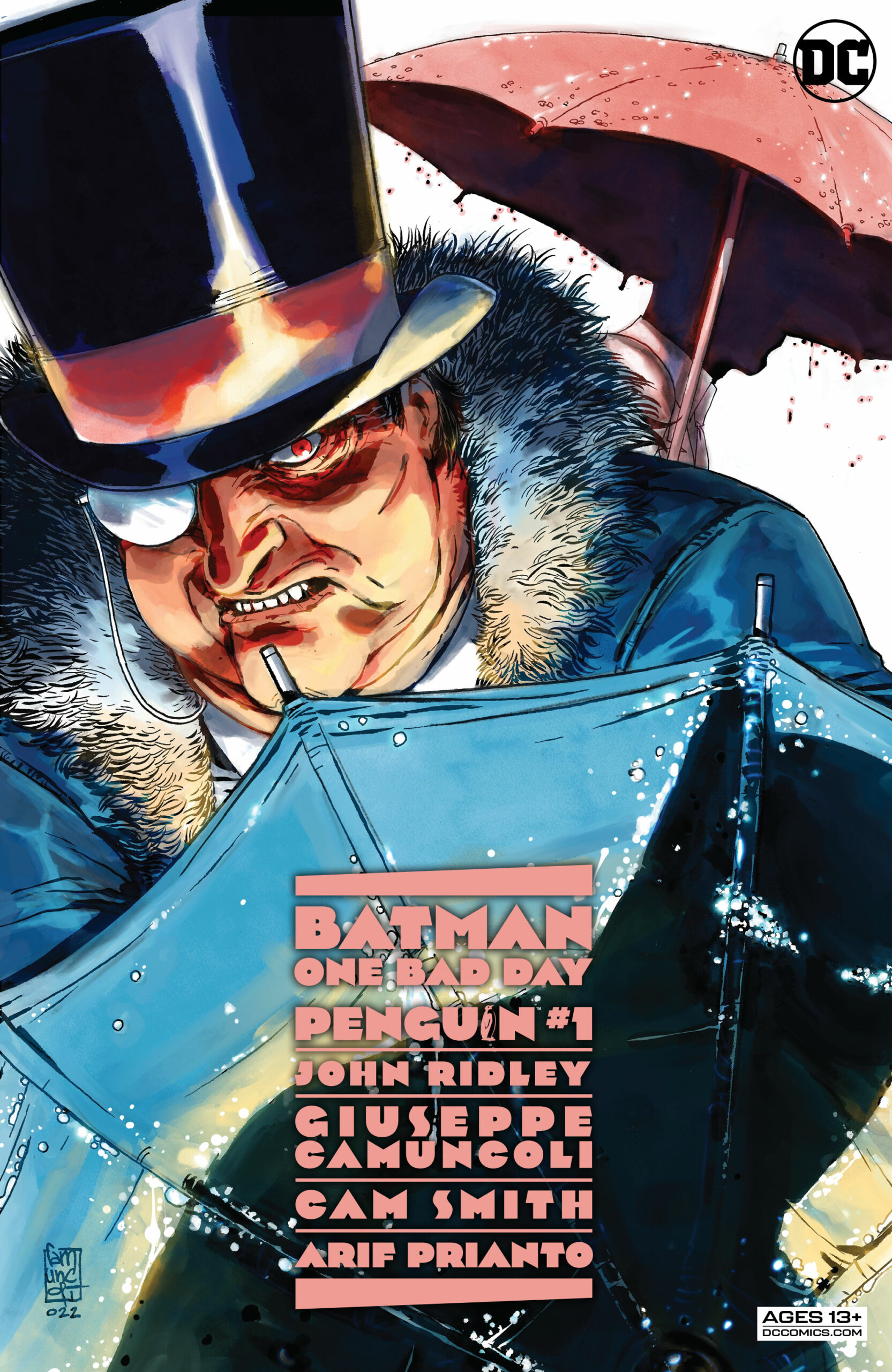 The first “One Bad Day” story blew my Riddler socks off! The second only left me half satisfied, but the third installment was a bird of a different feather! Here’s my review of Batman: One Bad Day: The Penguin.

Black, White, and Red All Over (Bird joke)

When I started reading this book, within the first 2 pages it felt different. Then I remembered it was written by John Ridley and the harsh sense of reality and pain made more sense.

We start off with Penguin looking over Gotham from afar, he’s been beaten, bruised, and broken. Everything feels so real that it hurts. Once his associate arrives, we learn that Oswald does not command the respect he once did. After a vulgar altercation, he leaves the interaction with a rusty gun and one bullet. That’s how this story goes: Oswald rising back up one bullet at a time. The real question is, how did he fall? 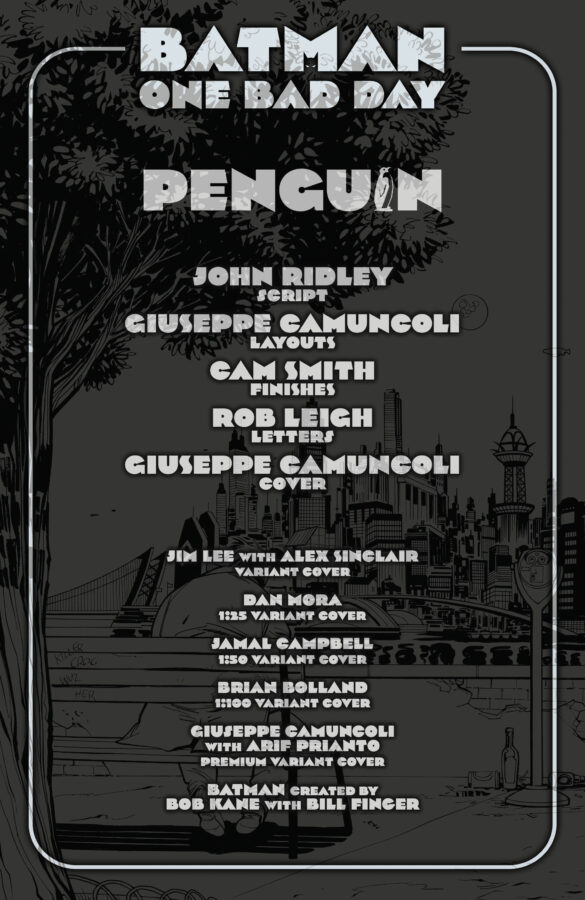 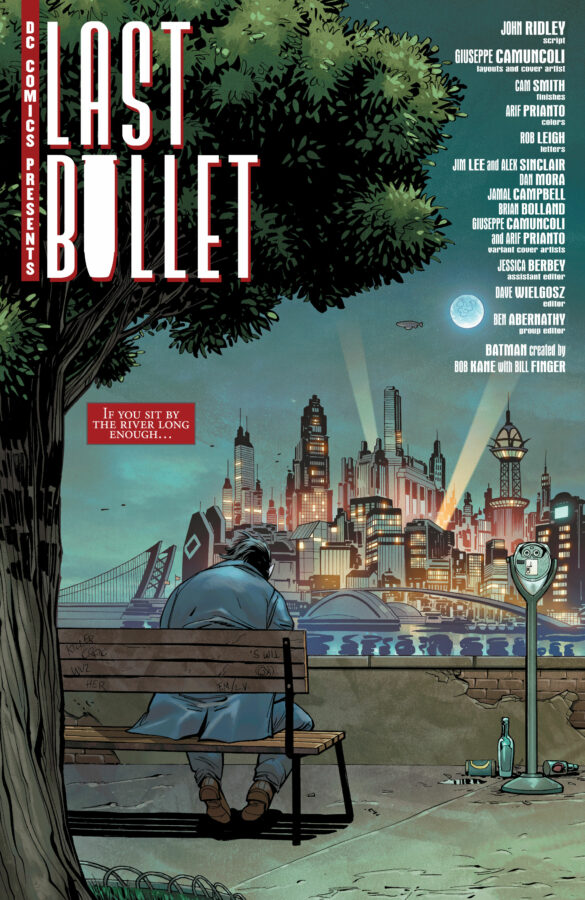 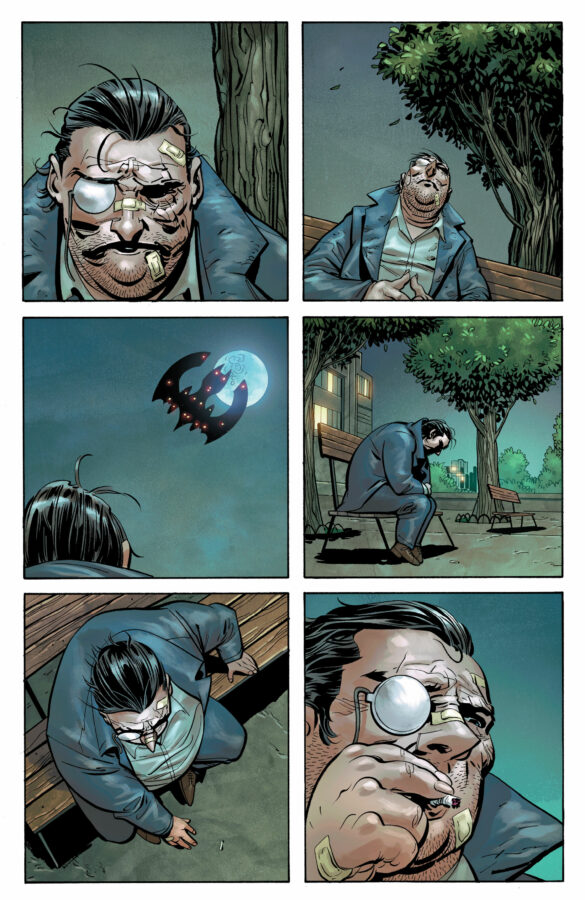 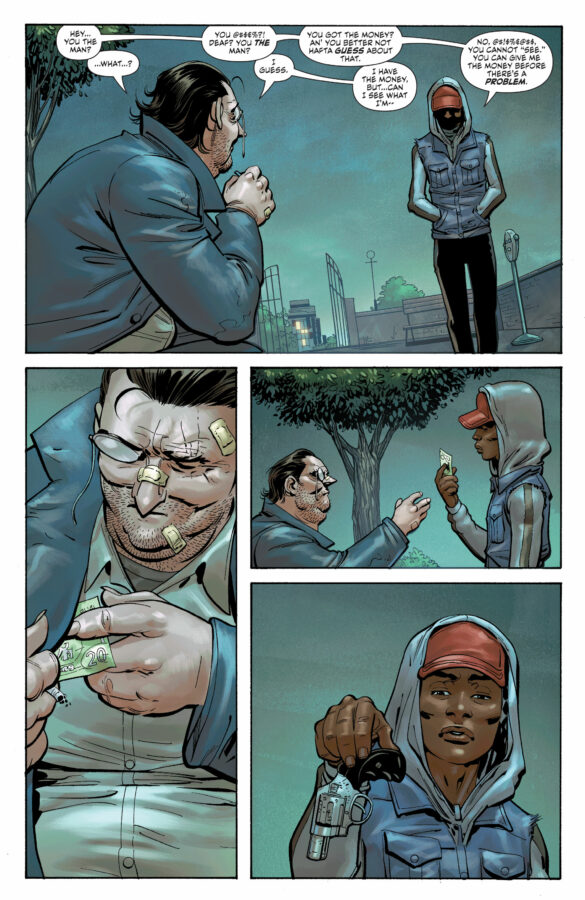 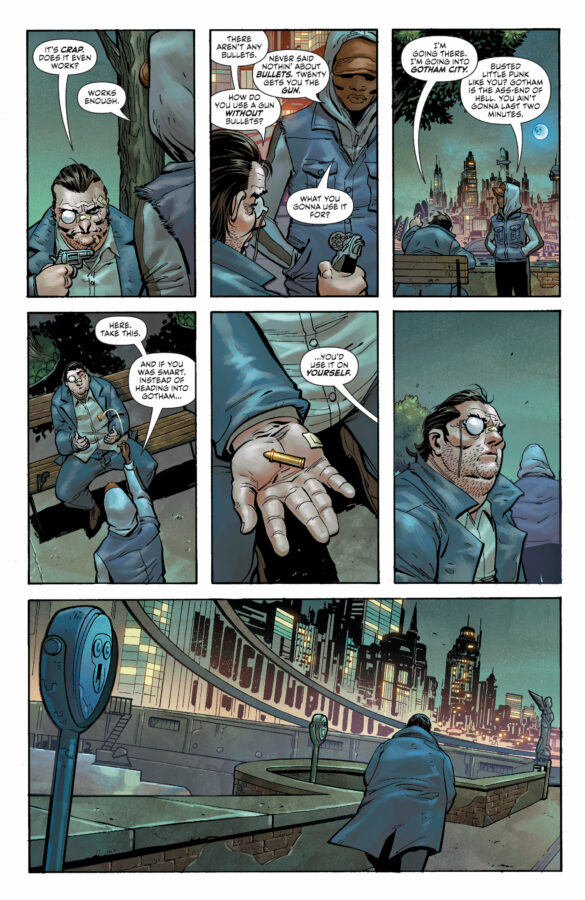 This issue introduces us to a nest (bird pun) of new characters. Umbrella man, Lili, as well as a flock (bird pun) of new henchmen and women. These characters were all written really well, as I struggled to tell if they were new or old. I was constantly second-guessing myself as to how I could have forgotten these interesting characters… or were they background players who’d flown over my head (bird pun).

The main antagonist of this book, Umbrella Man, (don’t worry the name grows on you) was a very interesting, grounded, gritty new villain who felt like he was taken straight out of a Milestone Comic. This guy was mean, and ruthless, and showed no mercy to anyone who opposed him. He made the Penguin’s criminal persona feel slightly comedic, so it was nice to see a character other than Batman be the main foe in this book.

When does this book take place?

For those of us that read every Bat book on the shelf, the current status of characters is a constant battle to keep track of. So allow me to help: The Commissioner of the Gotham Police Force is currently Renee Montoya and she’s held the position for a while now. She’s been helping Jace Fox in New York of late… and she’s also The Question. 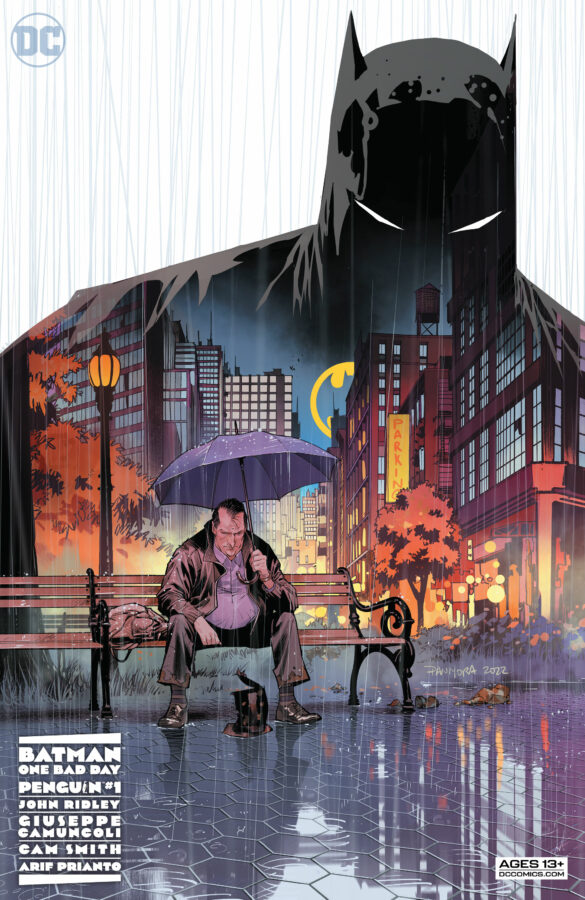 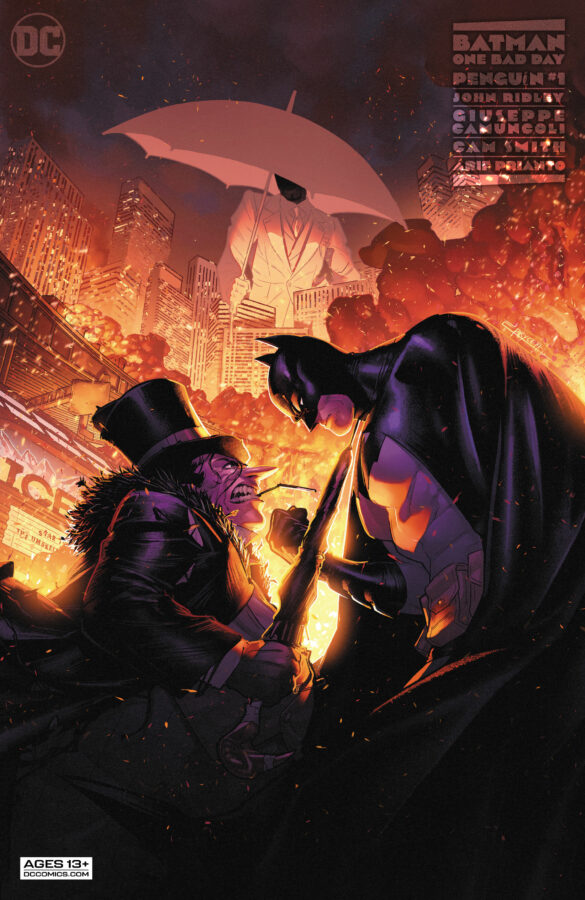 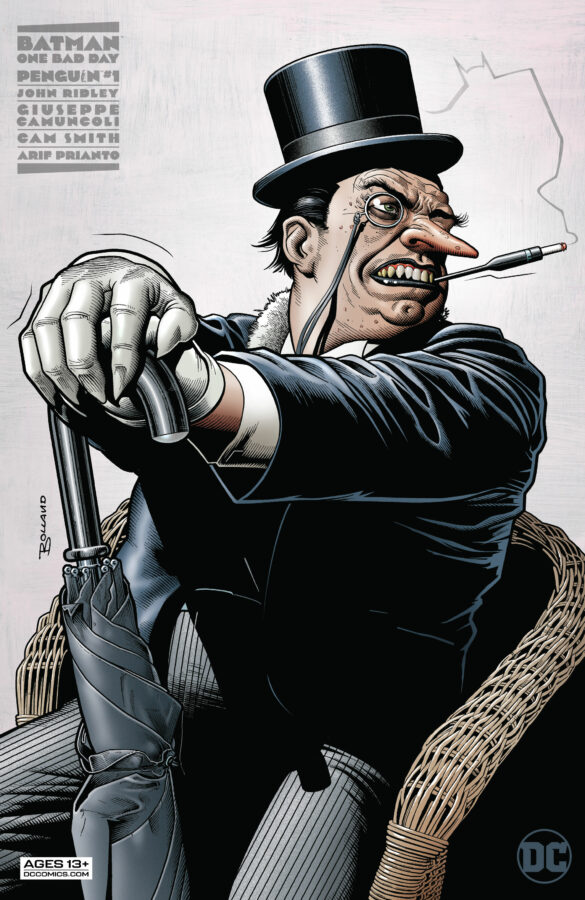 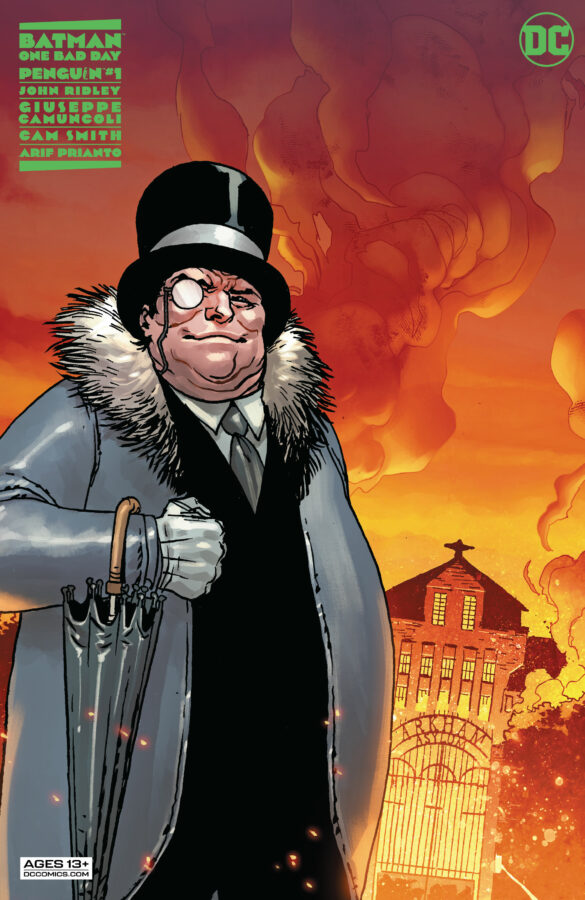 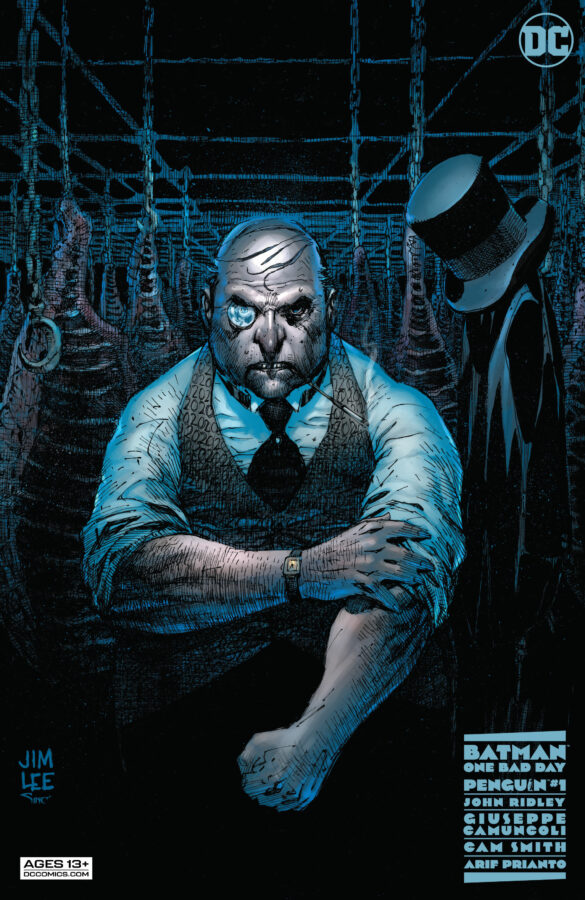 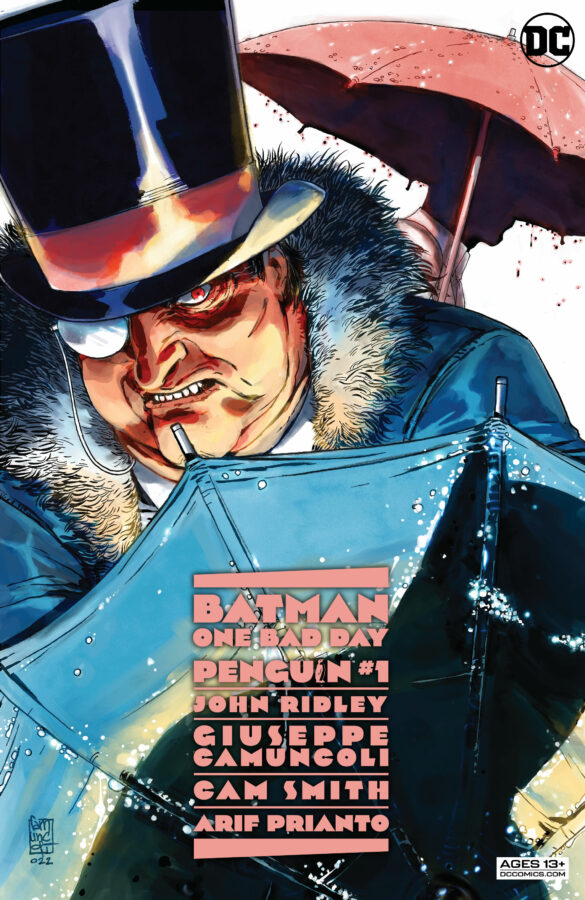 In this story, she appears in her role of Commissioner, so it doesn’t take place in the past. The next problem, for those of us reading the main Batman title by Chip Zdarsky, is that the backup story he also wrote for his first few issues was based on (spoiler, but if you haven’t read them by now shame on you) the supposed death of The Penguin, not to mention his faking his death so he could retire with a new name and a new face. That brings about our continuity problem. The way this issue ends has me scratching my head. I hope it’s all clarified at a later date.

That small continuity conundrum is probably my only issue with this book, I really enjoyed it. Without giving anything away, if you were on the fence about Penguin before, this story will win you over. He’s an awesome character.

Batman: One Bad Day: The Penguin is a great read! I flew through it! (last bird pun) I couldn’t put it down. It’s a great Batman story, a great Penguin story, and a great John Ridley story.

For those of you who want a gritty Gotham comeback, this one’s for you.