McFarlane Toys have released a black, white, and red Harley Quinn statue based on the cover of Future State: Harley Quinn #1 by Derrick Chew.

In a bold move that rocks Gotham City, the Magistrate has imprisoned Harley Quinn! The Scarecrow, now a pawn of the Magistrate, taps into Harley’s knowledge of Gotham’s villains and the Black Mask Gang for his own dark purposes. Crane and his bosses think they have Harley Quinn defeated and her spirit broken, but they are sorely mistaken-and Harley will have her revenge. 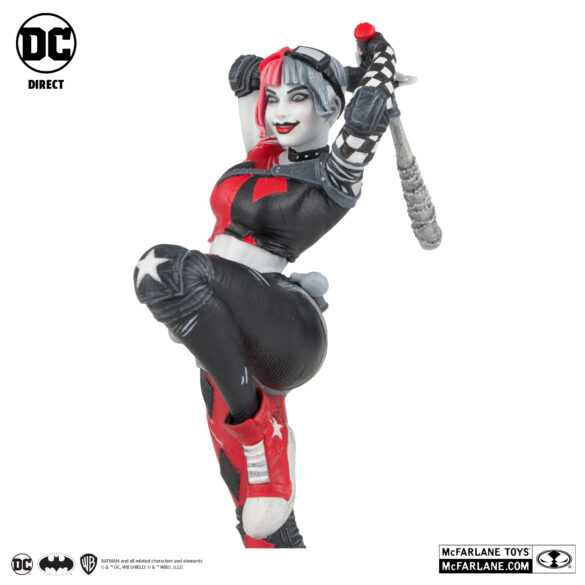 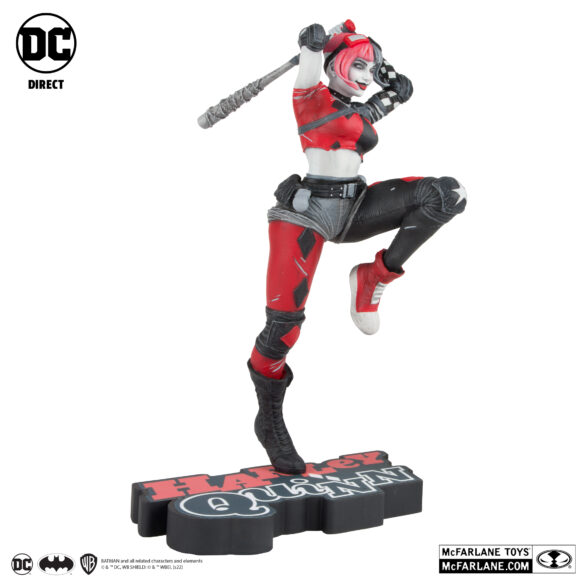 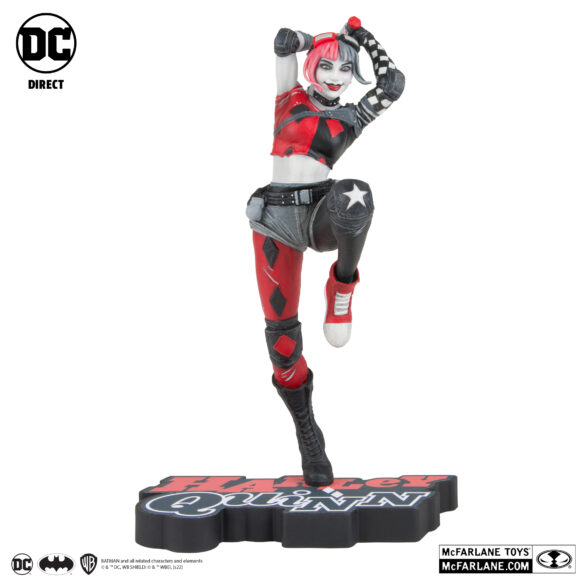 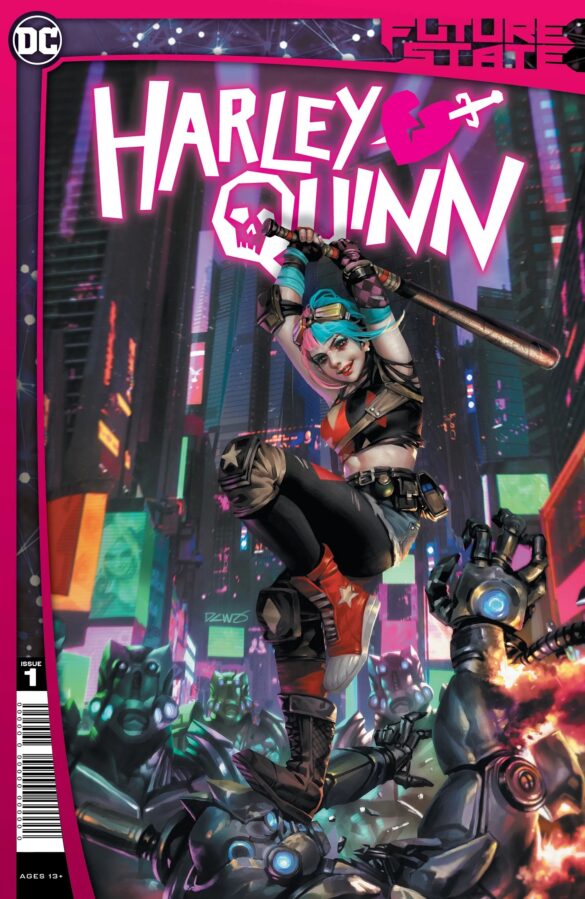 Written by rising star writer Stephanie Phillips and drawn by fan-favorite artist Simone Di Meo. Future State: Harley Quinn was a limited series published by DC Comics in 2021. The Derrick Chew cover on which this statue is based features Harley with her blue and pink hair. This statue is a black, white, and red version, which I actually prefer.

This highly detailed collectible is made from polyresin and stands approximately 7.75” tall.  The statue also comes with a Harley Quinn base, which looks so much better than the plain bases that you get with most statues.

The Harley Quinn statue is available to pre-order from various retailers, including McFarlane Toys, Entertainment Earth, and Amazon.  The statue is expected to be released in November 2022.