DC Rebirth was the 2016 relaunch by DC Comics of its entire line of ongoing monthly superhero comic book titles. DC Comics ended the Rebirth branding in December 2017 and has been using the DC Universe title ever since.

Slade Wilson is a mercenary and assassin for hire with no qualms about crossing lines to get the job done, no matter where those lines are drawn. A formidable operative for the U.S. military, Col. Slade Wilson agreed to undergo an experimental process that increased his mental and physical abilities to superhuman levels. Rather than continue his career as a soldier, Slade became the masked mercenary Deathstroke. This decision resulted in his wife leaving him and his son Joseph permanently injured, as well as the death of his son Grant, who sought to emulate Slade. 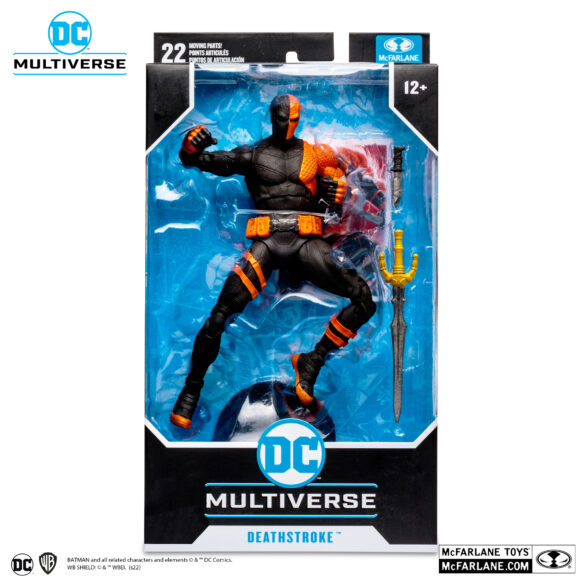 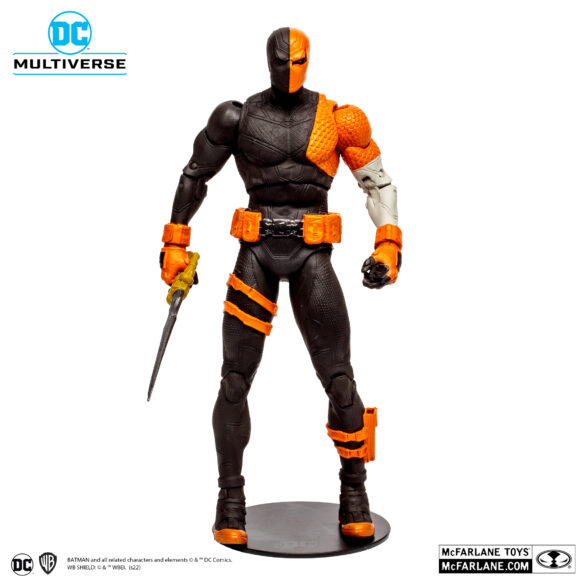 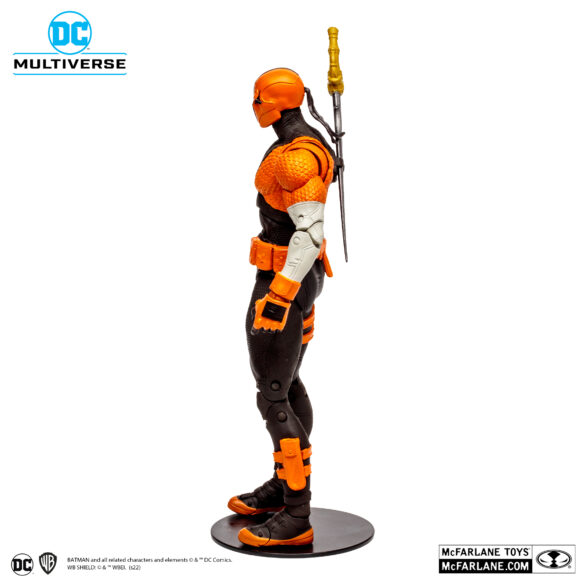 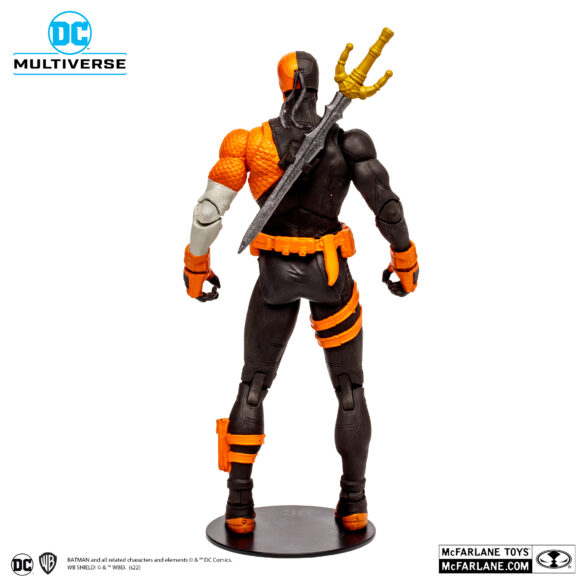 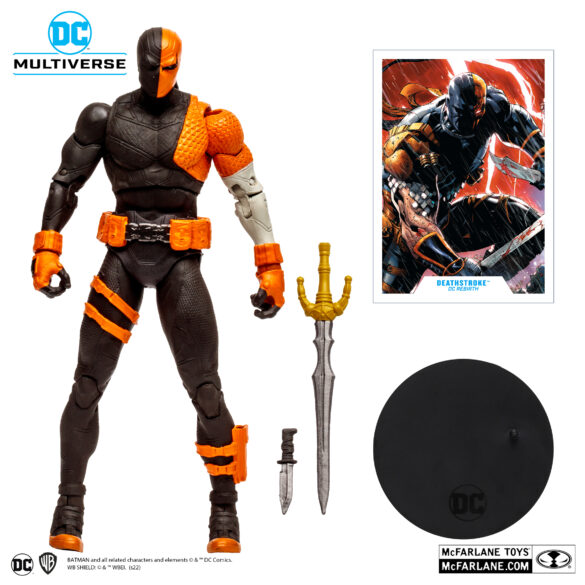 This incredibly detailed 7” scale figure is designed with Ultra Articulation, featuring up to 22 moving parts for a full range of posing and play. Deathstroke is featured in his outfit from DC Rebirth and the figure includes a sword, a knife, and a base. Also included with the figure is a collectible art card with figure photography on the front, and a character biography on the back.

The Deathstroke (DC Rebirth) figure is available to pre-order from various retailers including the McFarlane Toys store, Entertainment Earth, Big Bad Toy Store, and Amazon. The figure is expected to be released in August 2022.