Like everyone who steps up to play a beloved hero, Robert Pattinson trained hard to become Batman, and his trainer tells us just what he went through. Although Pattinson’s Batman isn’t the most shredded of all the renditions of the Dark Knight, it doesn’t mean he didn’t train his butt off for his part.

Playing a hero isn’t an easy accomplishment, many actors push their bodies to the limits to get themselves looking like a Greek God, just the fighting scenes can wear someone who isn’t used to the action down, so it’s become a common thing for actors to speak about what torture they’ve been through to become the characters we love.

Henry Cavill did it when he played Superman in ‘Man Of Steel’ in 2013, Margot Robbie was trained in acrobatics and roller derby to become Harley Quinn, and Dwayne the ‘Rock’ Johnson, someone who has always shared his hellish workout routines, stepped it up to step into Black Adam’s shoes.

L.A-based Brazilian martial arts instructor, Rigan Machado a former Pan American Champion, with an 8th-degree red, and white belt in Jiu-Jitsu, and a man who had already trained over 400 different actors including greats, such as Keanu Reeves and Chadwick Boseman, has spoken about how he helped Pattinson get ready to don the cowl. It was actually one of his previous students, Joel Kinnaman, who plays Rick Flag in the Suicide Squad movies that got the two in contact. 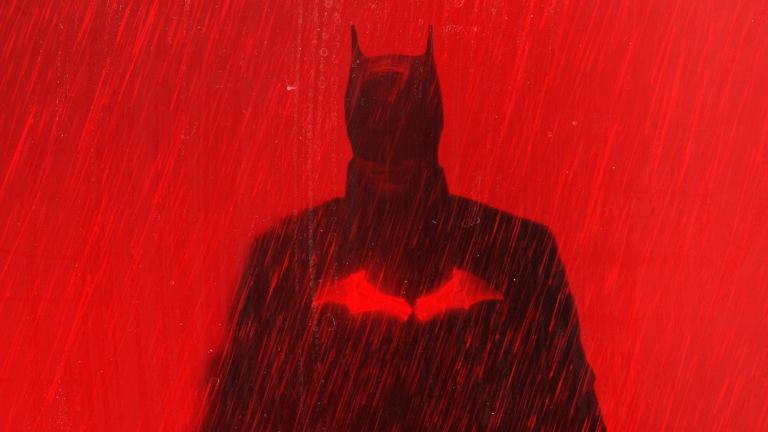 He called me one day and told me he had a friend who wants to train with me. It was Robert Pattinson. I set it up and Rob came to my studio in Beverley Hills.

Kinnaman had told Pattinson that Jiu-Jitsu had helped him become more limber and focused on his own movies beforehand, and Machado believed that it would be great training to get him into a fighting headspace.

I think this encouraged Rob to just try out Jiu-Jitsu. I think he wanted to get some insight into how martial arts athletes think, and how they do it. I train exclusively in Brazilian Jiu-Jitsu.

I focus on teaching the knowledge first. It’s a lot of repetitions of movements, but Rob learned it very fast.

He’s the most focused person. He’s very quiet and serious and it took some time for him to open up but pretty soon he did. I’ve never met a guy so nice, so humble and respectful.

We trained for three months. After this he left to go and start on The Batman, where he had to do a lot of fighting in a heavy costume. So, he couldn’t do much Jiu-Jitsu on screen, which meant I wasn’t able to collaborate on the fighting as I had on films like Black Panther.

Machado believes that the training he gave Pattinson has helped him gain more knowledge to become a better fighter, and maybe even a better actor now that he has more of an insight into how combat works, which was something he hadn’t really needed for previous roles.

He’s very good. He’s very talented. The type of person who if he keeps training Jiu-Jitsu he could enter competitions. He has these abilities which are very rare.

The lessons Pattinson took were an hour to an hour and a half in length, three or four times a week. They consisted of warm-ups of running or jumping jacks, and then intense repetitions of up to twelve different Jiu-Jitsu drills, just to learn the basics of the martial art. Then the lesson would really begin.

The Batman is now available to own digitally and on DVD/Bluray.