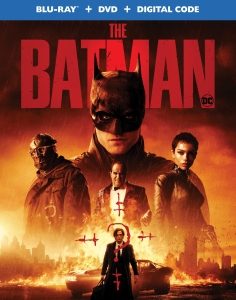 When The Batman was first announced, I had mixed feelings about it.  As a Batman fan, I was overjoyed to learn that there was going to be a new movie but I was disappointed that it wasn’t going to be the expected DCEU movie with Ben Affleck reprising the role. I wasn’t put off by the subsequent news of Robert Pattinson’s casting like some and was willing to wait until I actually saw the movie before judging him. Although I was a bit put off by the emo-looking publicity shots.

When the trailer hit, I really started getting excited. I knew that if the movie was as good as the trailer made it seem, then it would be fantastic. On opening night, I braved the theatre for the first time since before the Pandemic to see The Batman. I was not the least bit disappointed. It was every bit as great as I hoped.

Pattinson has proven to be a terrific choice for the role. While he might not seem the ideal choice, he perfectly fits the Bruce Wayne/Batman that Matt Reeves envisioned. This is Batman in his early days, still figuring out a lot of stuff about himself and developing the methods by which he will carry out his crusade.

In particular, he hasn’t developed the suave, spoiled rich boy persona that will serve as Bruce Wayne’s public face. Instead, he secludes himself in Wayne Tower, only coming out at night as the Batman. Much to Alfred’s dismay, he neglects the family business, throwing himself entirely into his crimefighting career.

Andy Serkis does a great job as Alfred. One thing a lot of versions of the Batman mythos overlook is that Alfred is more than Batman’s butler, he raised Bruce after the death of his parents and became a father figure to him. This is clearly shown in the interaction between Serkis’ Alfred and Pattinson’s Bruce.

While I’m not dead set against switching the gender or race of characters, I am somewhat wary of it. Sometimes it’s justified, but I don’t much like when it’s done just for its own sake. However, there are no problems with Jeffrey Wright’s portrayal of James Gordon. His Gordon is better than nearly any other portrayal of the character, except perhaps Gary Oldman.

Zoe Kravitz’s casting as Catwoman is completely justified by the obvious chemistry between her and Pattinson. In my opinion, her Catwoman is the most comics-faithful representation of the character yet. I look forward to seeing her return to the role in the sequel.

The Best Batman Movie Yet?

Most of the people I know who saw The Batman also loved it, and some even said it was the best Batman movie yet. While I loved it, I had to stop and consider if it was the best or not. It might be, but I had to think it through first. I stopped and considered how I ranked the Batman movies. Ultimately, I think it just barely surpasses Batman Begins as my new favorite, but it’s very close.

It’s hardly fair to compare the different Batman movies, as they emphasize different facets of the character. The Nolan films showcased Batman as a warrior who made use of high-tech gadgets. The DCEU Batman was older, more experienced crimefighter, but also an amazingly efficient fighter.

Matt Reeves’ Batman is skilled but less experienced, and quite brutal. His real strength lies in his prowess as a detective. none of the previous Batman movies really explored the idea of the Dark Knight as a detective before, which is a shame considering that Batman is supposed to be the world’s greatest. Of course, the Riddler is the perfect choice of villain to show off Batman’s powers of deduction and problem-solving. The villain’s modus operandi is to engage Batman in a battle of the wits.

Warner Bros. kindly provided a copy of the 4K combo set. Both the 4K and the Blu-Ray look gorgeous, so if you have a large 4K compatible TV and player, then it is worth the extra cost to get the movie in 4K. However, many will be content with the standard Blu-Ray. If you don’t have a 4K set up yet but are looking to get one eventually, the 4K edition includes a regular Blu-Ray you can watch now as well as the 4K disc you can watch in the future. There’s also a DVD edition for those who have not made the jump to High Definition yet.

The Batman Blu-Ray and 4K sets also include a code redeemable for a streaming digital copy, as well as a wealth of special features. For many movies, I find that the special features are something of a mixed bag, but I found the special features to be particularly illuminating in this case. They were informative and gave me a deeper appreciation of the story Reeves was trying to tell in this film. Even if you usually skip the special features, I suggest you give these a look, especially the deleted scenes.

The extras are on a separate disc which is included with both the 4K and Blu-Ray sets. However, the DVD edition omits nearly all of them. 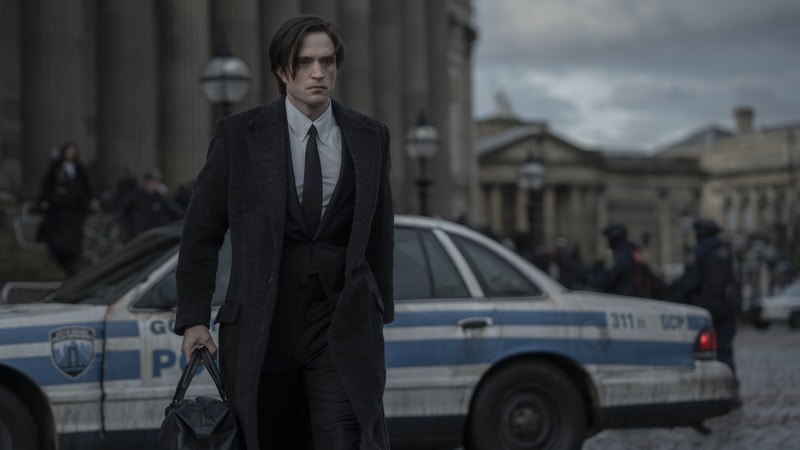 Where Are The Trailers?

I only have one problem with the special features, and it’s a common fault with many home video releases. There are no trailers or commercial spots included at all. I’m a firm believer that a home video release should include any teaser and theatrical trailers released for the movie. This is the one special feature that I expect as a bare minimum, yet Warner neglected to add them. Adding them to The Batman Blu-Ray should’ve been a no-brainer that would have required little extra effort.

Despite the missing trailers, The Batman Blu-Ray is an excellent presentation of a absolutely fantastic movie. This film gets the franchise off to a roaring start so I look forward to seeing more of Matt Reeves’ interpretation of the Dark Knight in future installments.

Thanks to Warner Bros. Home Entertainment for providing a review copy of The Batman on 4K/Blu-Ray