“The Justice League is Dead” 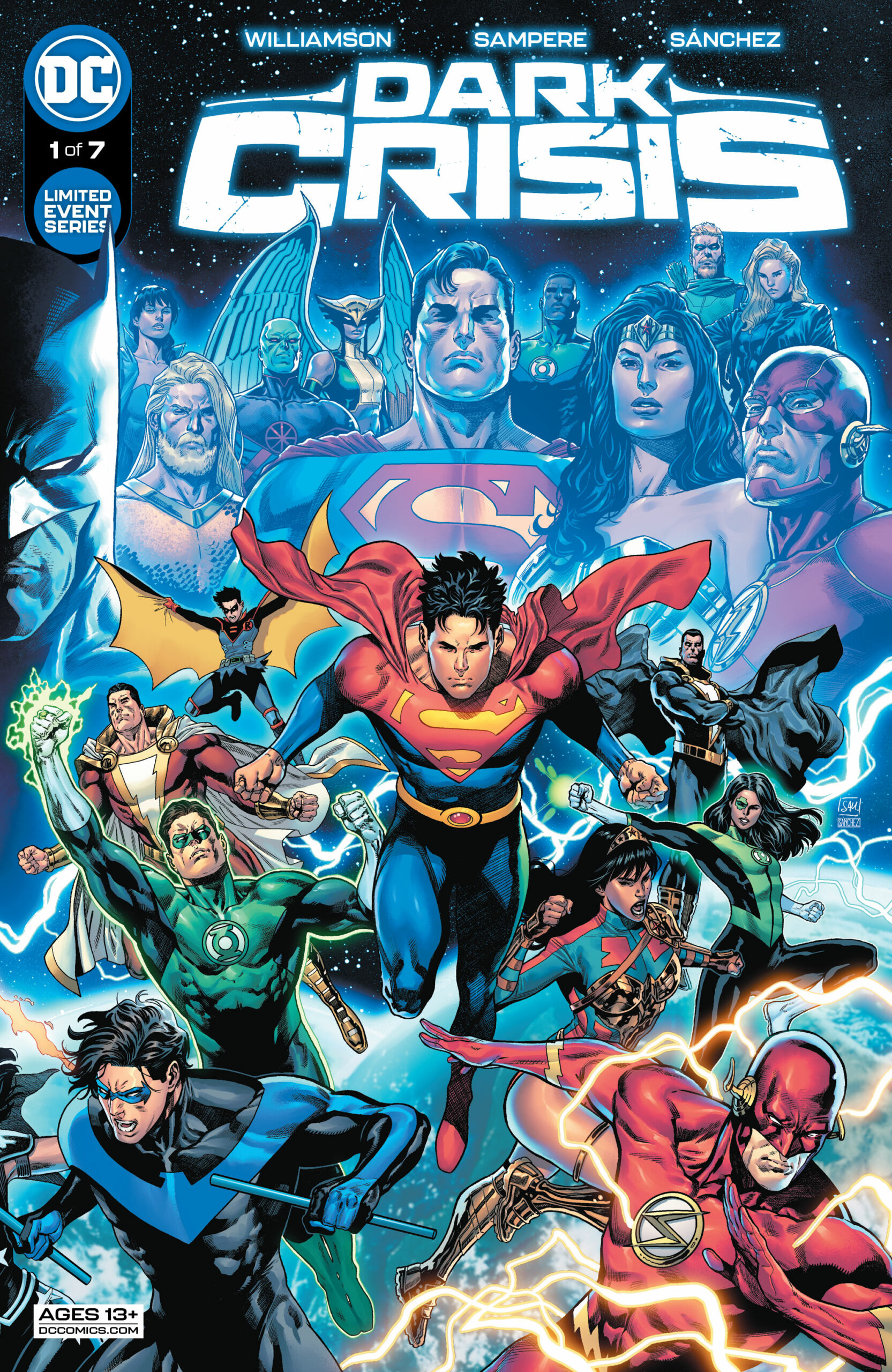 In case you missed the memo, the Justice League is no more; like disintegrated-into-oblivion-by-a-cosmic-psychopath-named-Pariah dead (see Justice League #75). The only one who managed to survive this encounter is Black Adam, who delivered the horrible news to the heroes of Earth-0. 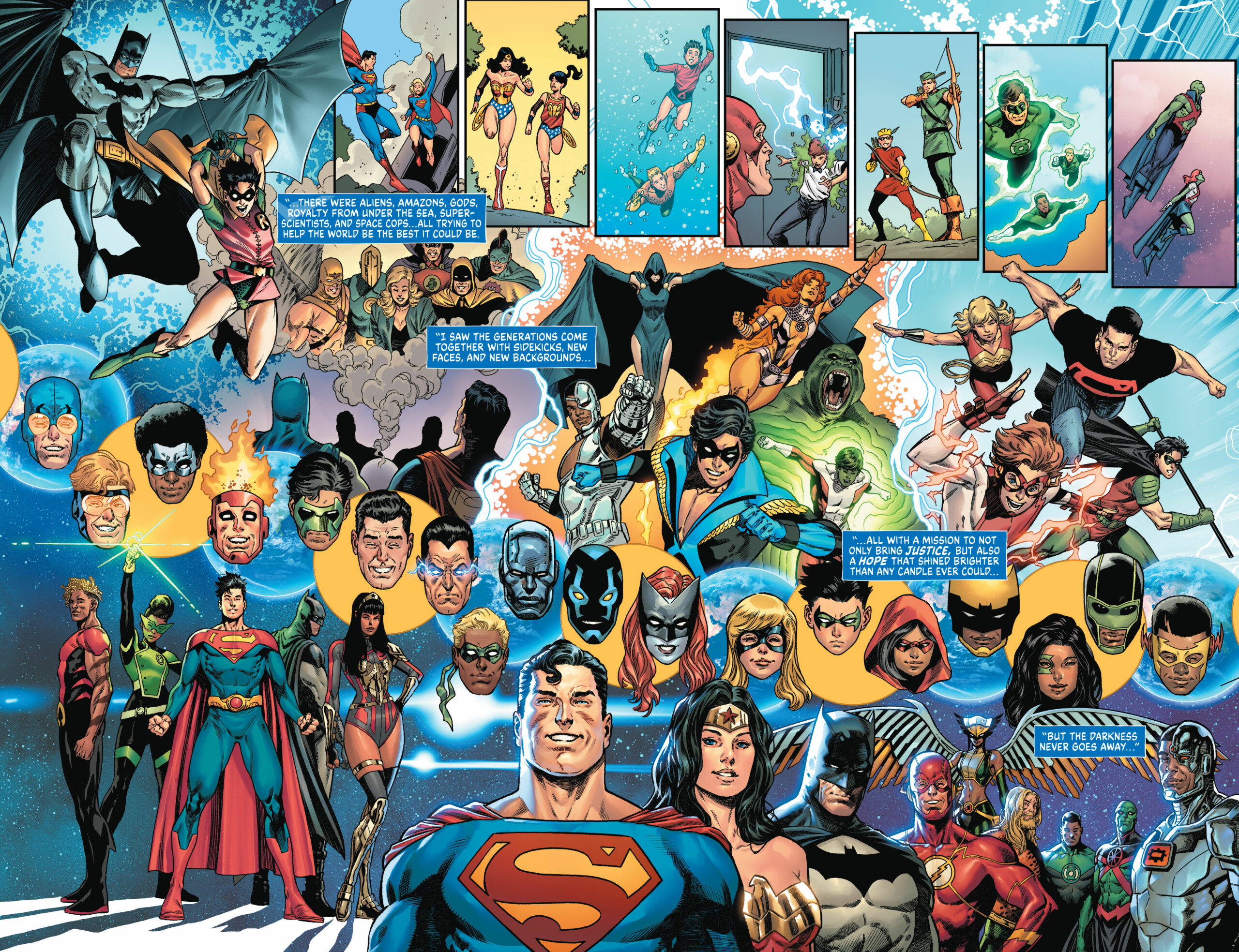 Dark Crisis #1 opens with Dick Grayson delivering a moving eulogy, as the shock and trauma begin to sink in among the masses. The issue then shifts its focus to Earth’s remaining Superman, Jon Kent, who is struggling to process his loss and newfound responsibility.  Therefore, in response to an uptick in supervillain activity, Jon does the most natural thing in the world for someone in his position. He decides to recruit a new Justice League.

Meanwhile, malevolent forces conspire against the heroes of Earth-0, as both local and cosmic villains seek to take advantage of an undefended Earth. 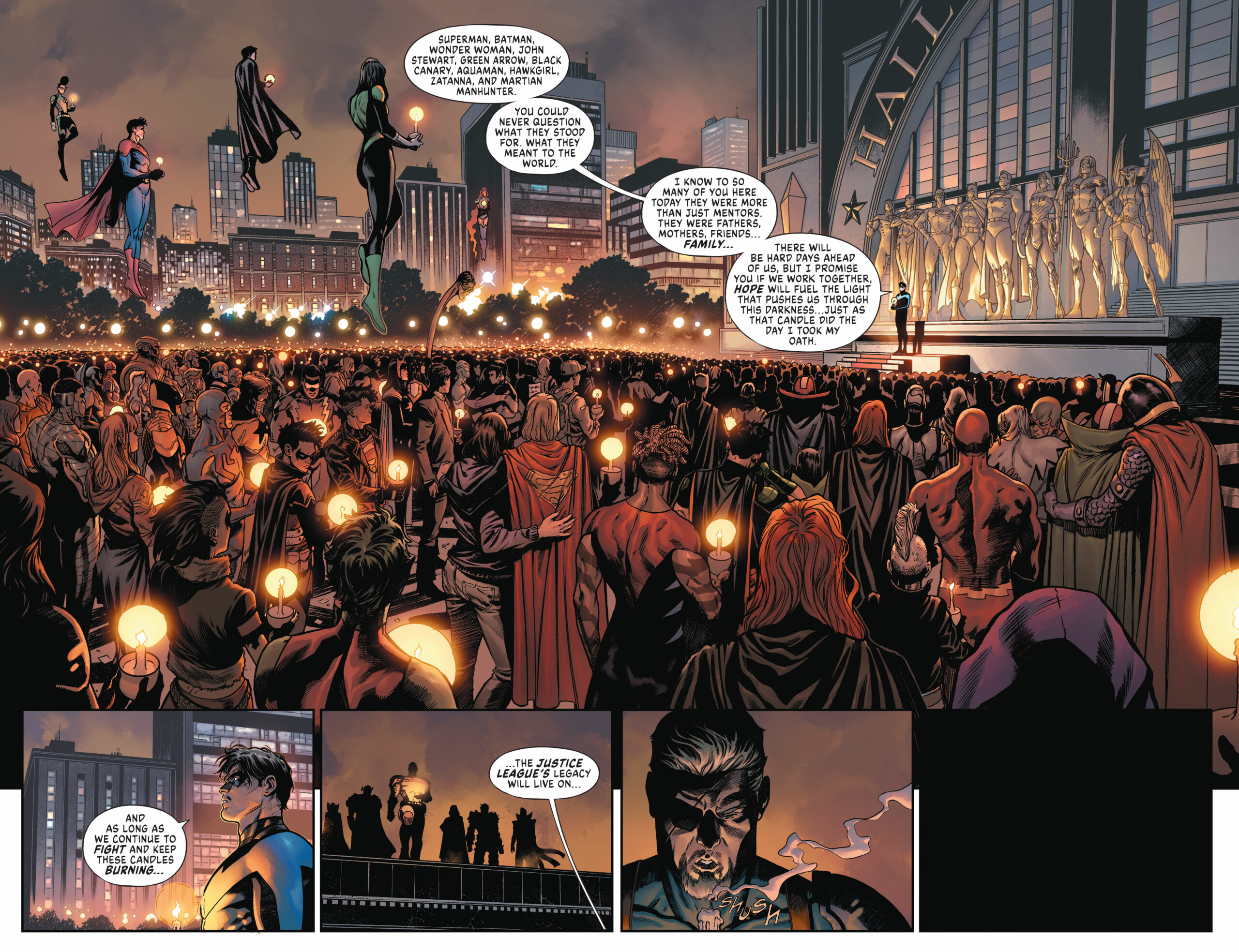 Not gonna lie – much of Dark Crisis #1 is kinda slow. Joshua Williamson doesn’t come out of the gate swinging. Rather, DC’s most prolific writer decides to set up his proverbial pins before knocking them down, as the issue spends most of its pages establishing the status quo. This isn’t necessarily a bad strategy, for every Crisis is a product of its time and place in DC continuity. Not everyone is going to be up-to-date on all of DC’s titles. Therefore, an issue like this one helps readers get the lay of the land.

That being said, Williamson has seven issues to tell this story. Therefore, issues two through seven need to hit the ground running. I feel confident that he will deliver, however, as the end of this chapter is pretty epic, hinting that there are some big things to come.

On a separate note, I wanted to note Williamson’s interesting choices regarding antagonists. It’s no secret that his big baddies are Pariah and the Great Darkness, both of whom are distinctly cosmic threats. Williamson has also chosen to include a more grounded antagonist, so it seems that this is going to be a multileveled Crisis event that’s fought both in the cosmos and on the ground.

This issue is proof that this isn’t Daniel Sampere’s first rodeo. Here is an artist who’s used to working on titles with a large scope and cast, as he drew the Injustice series for ages. He takes all the skill and talent that he refined over the past few years and pours it into Dark Crisis #1. This is a well-drawn issue that renders the DCU splendorous. Sampere has all of the detailed beauty of Jim Lee without the excessive hatching. Therefore, he slots in perfectly for an event like Dark Crisis, as he captures DC’s Jim-Lee-obsessed house style while adding his own flair to the mix. Moving forward, I suspect Sampere will continue to get big assignments such as this, especially if he manages to maintain this level of quality. 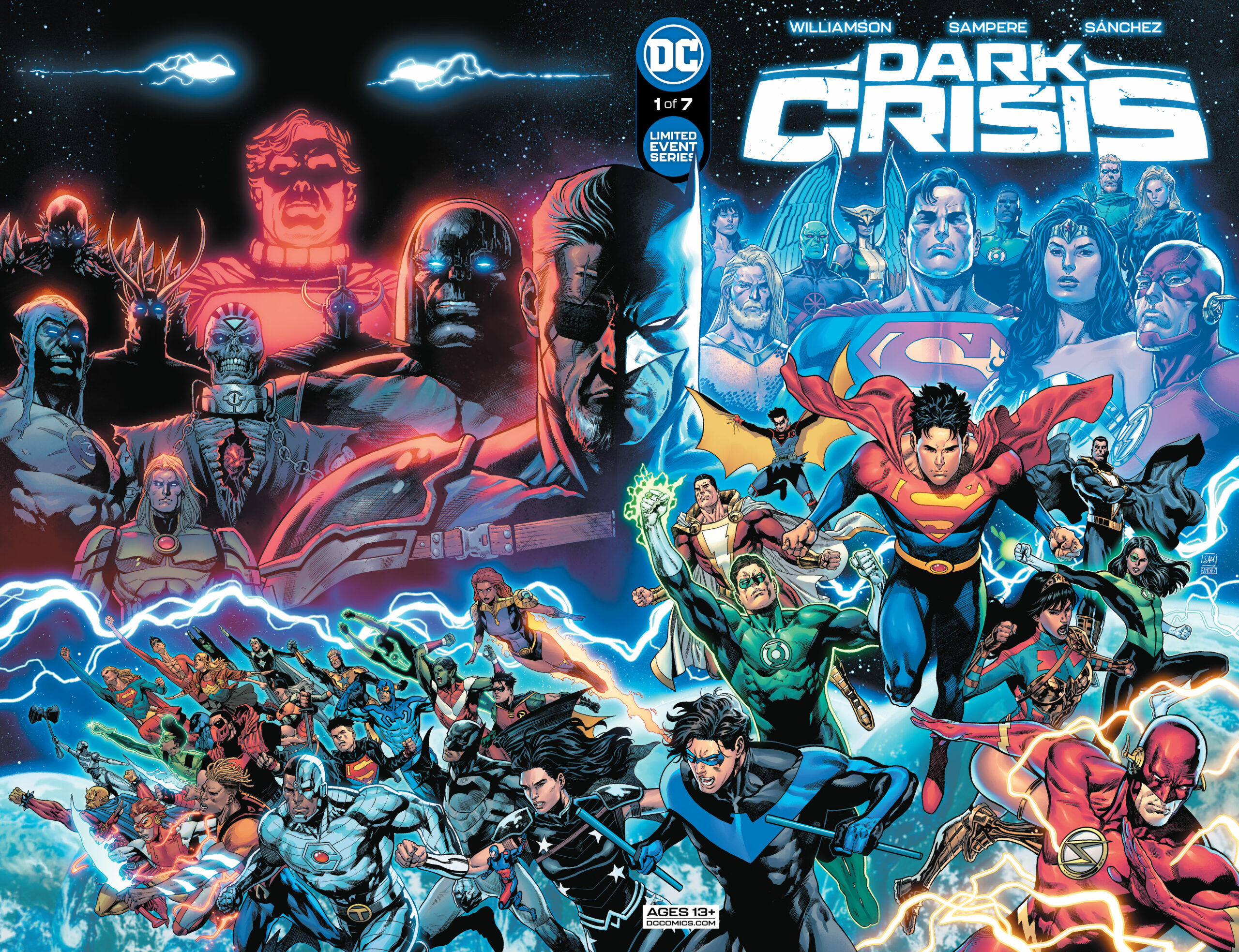 Dark Crisis #1 is a little slow but nevertheless entertaining. Story-wise, I’m willing to give Williamson some grace. I’ve been reading his work for some years now, and rarely has the man disappointed. While I was hoping for a more explosive first issue that developed the Great Darkness storyline, I understand his creative choice for a more muted start. Things did pick up toward the end, but it felt like he just got the ball rolling when the issue ended. Nevertheless, he’s a writer who has a great grasp of his characters’ voices, even those he hasn’t been writing for the past few months. Sampere delivers elegant pencils that align with the tone and tenor expected for a Crisis event.

Winston Duke Talks About Being a Black Batman on ‘Batman: Unburied’