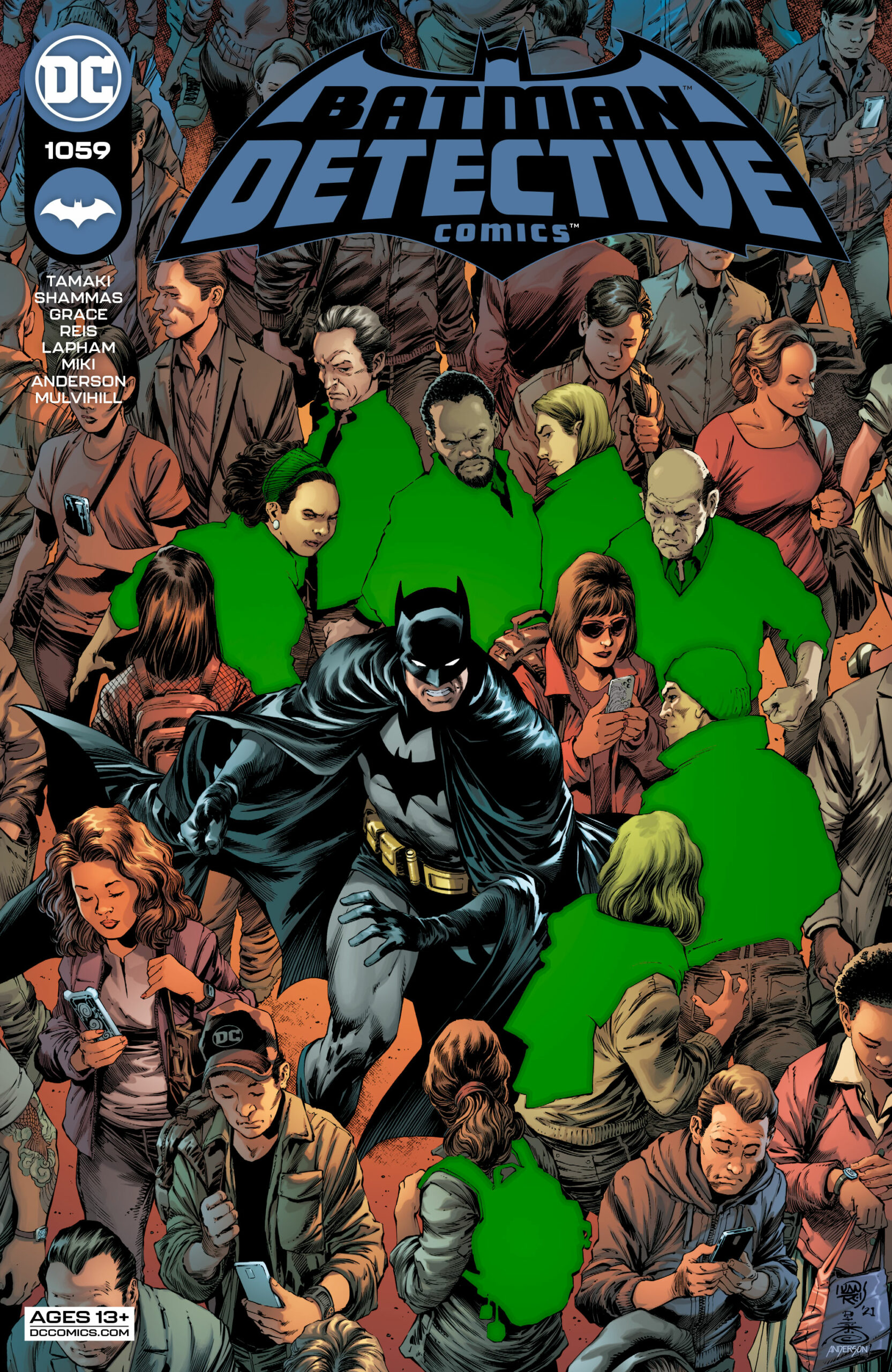 Detective Comics #1059 kicks off a new story and introduces us to a bunch of new characters. This exciting new arc will pit the Dark Knight against a now hipster-bearded Riddler! The real question is, are there more to his Riddles than meets the eye?

This issue kicks off with Riddler Radio, playing over the airwaves of Gotham. As per usual Mr. Nygma is giving hints and clues to crimes; that seem indecipherable to the average person but the World’s Greatest Detective is on the case. We’re also introduced to a new member of the (Deb) Donovan family, and when her relationship with everyone’s favorite Gotham reporter was revealed I, for one, was a little surprised.

Our new person of interest: Judge Donovan; appears to be the first person threatened by the new terror (influenced by Riddler?) that has emerged in the city. We’re also treated to what appears to be Bruce Wayne doing his best Clark Kent impersonation, which I definitely got a kick out of. For 80 years Batman has had the James Bond of secret identities; the suave, cool, party boy, whereas, in this issue, he acts clumsy and… nice (the horror!) Only kidding, it was refreshing to see Bruce take on a new persona, particularly now that he’s no longer the billionaire playboy he used to be.

The writing in this issue is as great, as ever. Mariko Tamaki (whose days on Detective are coming to an end) and Nadia Shammas write Bruce/Batman so well as a detective. You really feel the thought behind his investigation of these new acts of terror. Also, they remember the number one rule about writing Riddler; the riddles in this comic cannot be found on Google! You have to use your mind or wait for Batman to use his.

I love the brain teasers that are drip-fed throughout this issue, that you absolutely know will have more meaning than one would imagine. The art’s great, with a lot of new characters and a new look for Riddler, so they had to be good or I’d immediately develop a grudge. I don’t love the Riddler’s new look, as I always like to picture him as a creepy thin man whose only nourishment is knowledge… but I get it. The beard doesn’t offend me, it’s just odd.

Stay tuned for more of my Villainous facial hair judgments.

I loved the title of this second story, as well as the first-page homage to the movie from which the pun comes. When I first started reading I was thrilled to see Gotham Girl again, after her long absence since Tom King’s run ended. We find out where she’s been and what she’s been up to. Then she really did put a bee in my bonnet saying she didn’t even want to be Gotham Girl anymore! The grumpy old nerd in me was outraged! Batman gave you Platinum Kryptonite to be a hero! Then I thought about it and… I have no idea what a teenage girl, who was orphaned and has superpowers is going through. I can’t relate to this young girl in any way. So, instead of being a grumpy old nerd about it, I’m going to read on and see how she gets through the challenge of someone using her name and image for evil!

Detective Comics #1059 gave us a great kick-off to two new stories and I’m already completely invested in both. I cannot wait to see what comes next! Many twists and turns are ahead of us Bat Nerds, so we must keep reading in order to eventually get to the truth!