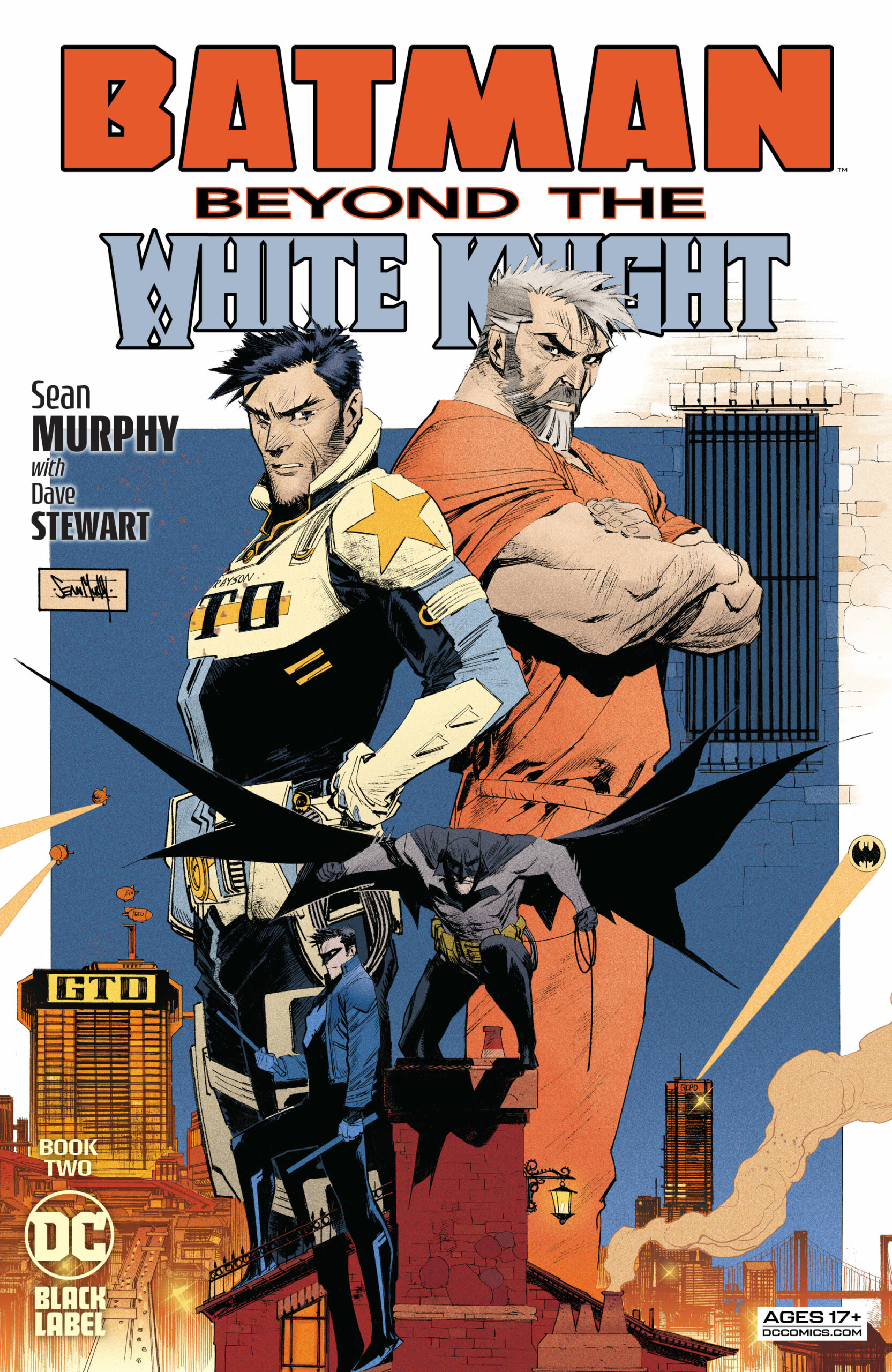 Something we’ve only had a handful of times since his introduction over 80 years ago was a Richard Grayson who wasn’t the smiling fun-loving Boy Wonder we all adore. In the White Knight world, he was the second Robin, and apparently coming in second on any world makes you somewhat short-tempered and unpleasant. (No offense Earth-Prime Jason Todd, I will always love you).

This issue really shows us that, during the years that we missed from this version of Gotham, crime’s taken a dive with the GTO task force policing the city. We also learn, from an interaction between an older Barbara Gordon and Dick Grayson, that there’s more to Gotham than just imprisoning criminals.

Sean Murphy really does pull out all the stops with his take on Neo Gotham. We know that it may be shiny and futuristic, has low crime rates, and doesn’t suffer from supervillain attacks, but it also lacks hope.

Throughout this issue, we’re also given the full exposition (or so we think) about that crazy last page shocker from the last one. With a now-on-the-run Bruce interacting with Jack Napier, this whole situation reminded me greatly of the animated movie Batman Beyond: Return of the Joker (essential viewing, in my humble opinion) So I’m giddy to see how this element of the story plays out.

With a still somewhat mobile Bruce Wayne, Dick Grayson leading the GTO, not to mention the rest of the Bat-family who are kicking around, the Terry McGinnis element of this story has somewhat slipped into the back of the mind. Terry’s a great character, so I’m hoping to see a lot more of him as this story progresses. I really don’t want him to be forgotten about as I feel that would be a terrible missed opportunity for one of the Schway-est guys in comics.

Batman: Beyond The White Knight #2 is a real page-turner, I sped through it in about 5 minutes. You’re not going to want to put it down. It has great storytelling, and a clever take and perspective on the world we all live in. That last page will have you gasping for issue #3!

Recommended viewing before issue #3 – Batman Beyond: Return of the Joker