“His Pain Or Mine” 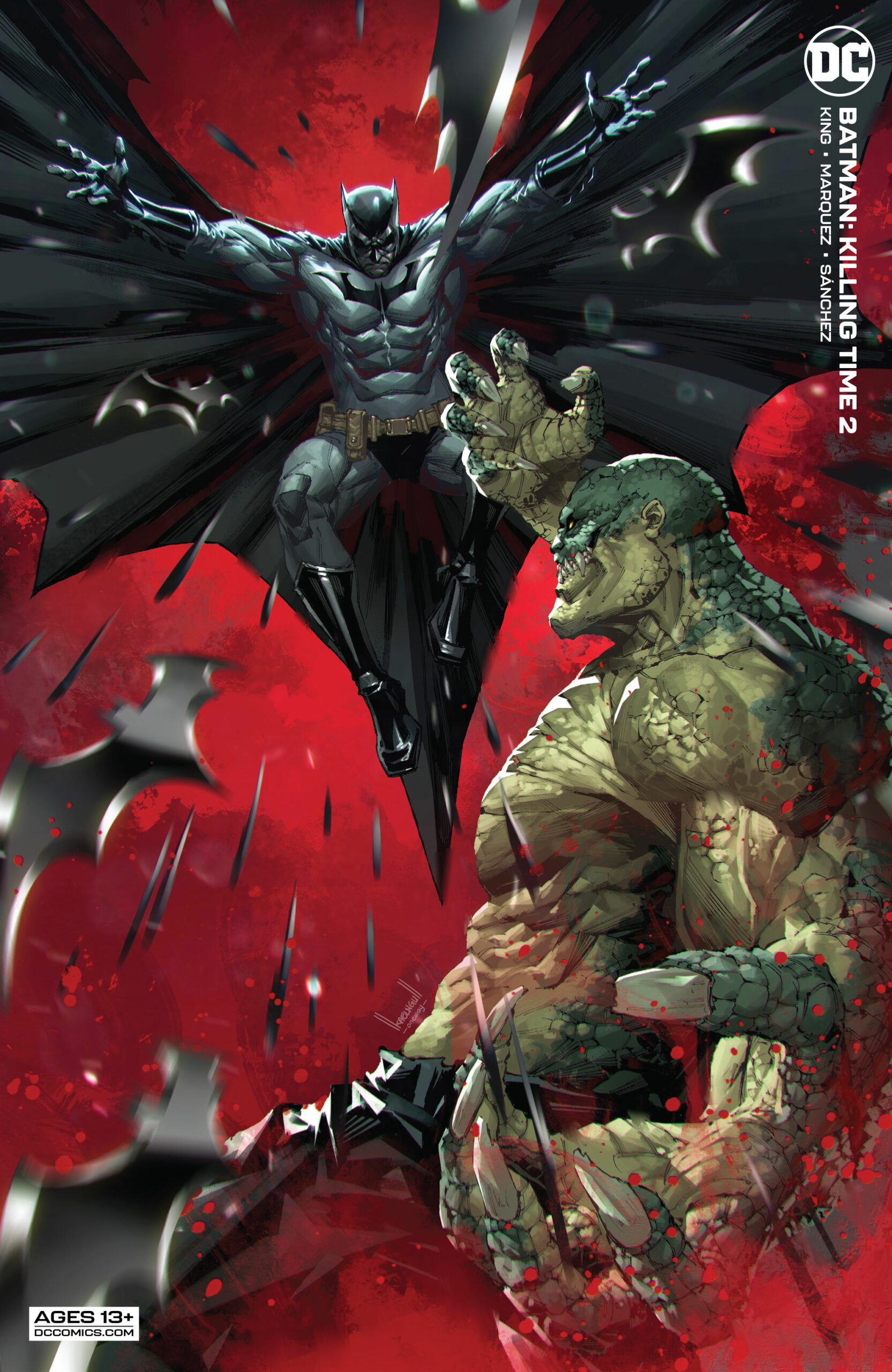 Just like I said last month, Tom King tells a story across different timelines with great success in Killing Time. The format continues to be rewarding to readers who pay attention, adds more detail to different scenes and characters’ motivations, yet is also concise and not so oblique to possibly confuse people.

Probably the only flashback that seems pointless right now is the one featuring the Joker. So far, he doesn’t figure into the main plot at all, nor does he inform character motivations. It also continues a somewhat annoying plot line of Catwoman and the Joker being close friends, which never felt right for either character to me.

The main mystery is, what did Catwoman and the Riddler steal? So far there are no real hints other than that it disturbs Batman. One hopes that King won’t leave readers hanging too long on that mystery. Honestly, the biggest draw for this issue is seeing Catwoman and Riddler’s characterization. It does feel satisfying seeing them work so well together, with only minimal conflict.

The biggest problem with this issue is that it just ends. There’s no cliffhanger or shocking reveal, so it feels like King wrote this as a graphic novel and then had to divide it up into individual issues.

David Marquez’s art is beautiful to look at. The action is understated and subtle and really blends real-life with a slightly cartoony look. The final product looks great, with great color work from Alejandro Sánchez.

Batman: Killing Time #2 showcases two comic creators in their prime. The writing is mostly sharp and the art is fantastic. Together it creates a beautiful package despite having a pedestrian ending.