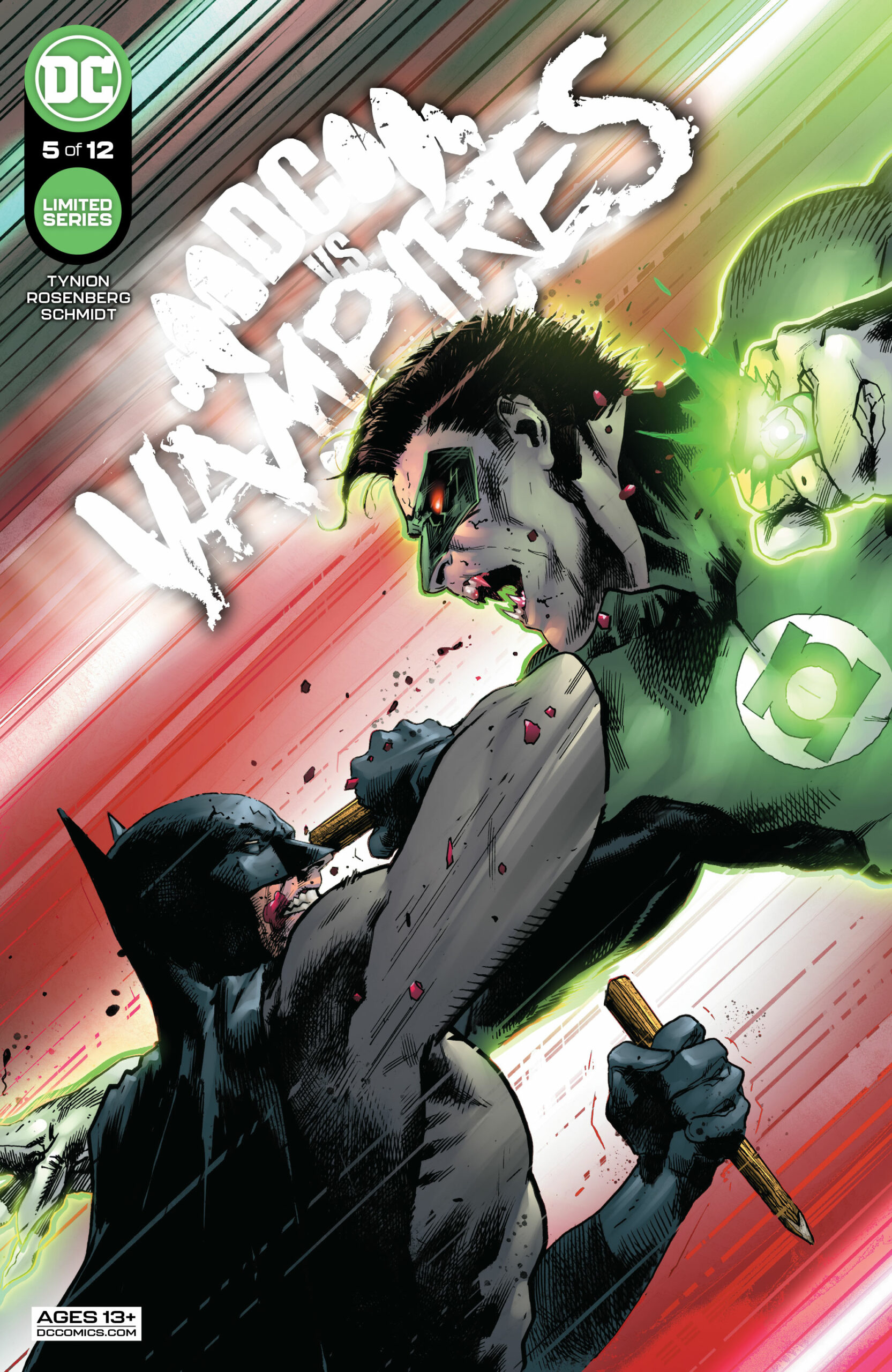 We’ve Got You Now….”
– Wonder Woman to Superman

In DC Vs. Vampires #5, Batman, and Green Arrow are faced with their fellow Justice League teammates accusing Batman of killing the Flash. Hal and Diana are not backing down from their accusations that Bruce is a vampire, but it is all smoke and mirrors as they themselves are orchestrating the destruction of The Bat Family as well as turning their fellow JLA members to the darker side.

We get all this and a Suicide Squad sidebar adventure to boot!

This fifth installment permeates its hold on the DC landscape as the scenes flip from the JLA confronting Batman and Ollie to the Suicide Squad in a full vampire battle as well. We get shades of the DCeased series running rampant through this particular series and that’s a great thing.

A few side notes, however. Rosenberg and Tynion IV have some comic story elements running through their writing as well, as Batman knows all of the JLA members’ weaknesses. It’s clear that there’s no way Batman could defeat Superman, nor any other team member for that matter, without this knowledge.

Scott Snyder most recently provided recipes for the Dark Knight defeating his friends, in the pages of The Batman Who Laughs and Batman: Endgame, though we’ve seen this before, going all the way back to the legendary story JLA: Tower Of Babel (2000), and the book Anatomy Of A Metahuman (2018) by Matthew K. Manning, and S. D. Perry.

Wonder Woman is the strongest undead character… period.  She was in DCeased and she is within these pages as well. I continue to hate this iteration of Hal Jordan, and that’s because Rosenberg and Tynion IV have done a great job of making him even worse than our even Guy Gardner.

The art team did a great job with DC Vs. Vampires #5, by making the panels switch color and texture between the JLA and Suicide Squad stories.  It’s the little things that sometimes make an already good comic that much better!

One final bombshell; a legendary DC villain also turns out to be a vampire in this issue… and it’s perfect!

Guess who has his money out for issue #6 already?