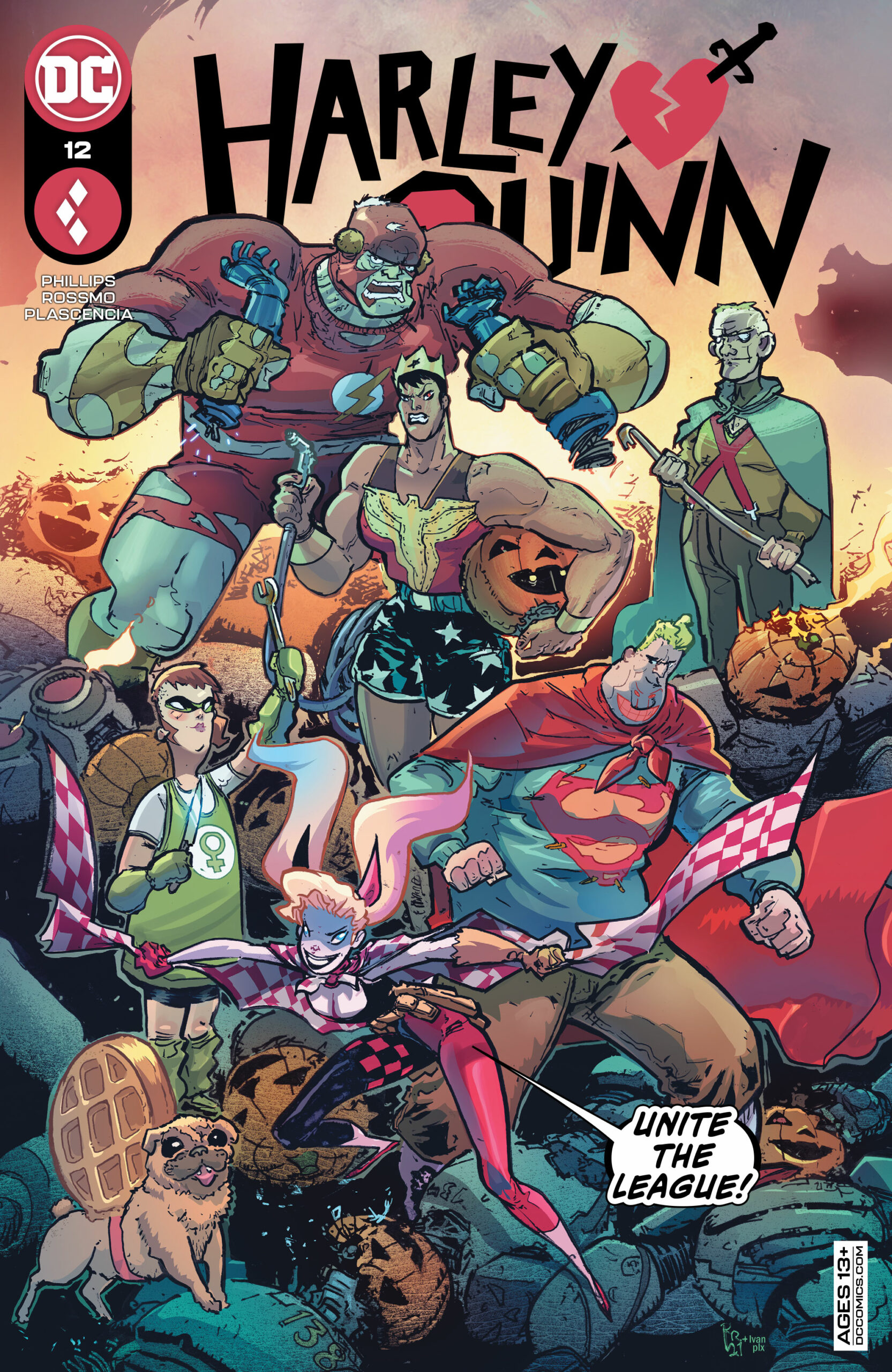 Harley Quinn #12 is FINALLY upon us, alleviating the painful wait after last issue’s massive cliffhanger.

Eli’s back with an army and a plan against, not only Harley and Kevin but the whole of Gotham as well. There’s a lot hanging in the balance for Harley, as we all get a chance to find out if she’ll be able to save Kevin and the whole of an unaware Gotham, or if a sacrifice has indeed been made.

Before we dive in, let’s stop and admire for a moment the absolutely stunning gifts we’ve been given by Riley Rossmo, Derrick Chew, and Rian Gonzales. These three beautiful pieces of art have taken the top spot for my favorite set of covers created for a single issue. Between Harley’s “Justice League”, the jaw-dropping “paint me like one of your French girls”, and a stunning walk through the life of Harley Quinn, it is so hard not to covet them all. The attention to detail alone demands it.

The Ability To Make A Top Hat Sexy

Let’s drop back to last month and the news station relaying the final resting place of Martin Spinelli’s eye and a sneak peek off his body as well. As the newscast ends we see Eli wasn’t the mastermind behind this plan, as, for the second time, someone else has been pulling his strings. Sadly, the true culprit has yet to be exposed, but it’s clear that, whoever they are, they’re concocting something sinister, and their sights are set squarely on the “False Hero Of Gotham.”

As if Harley didn’t have enough going against her.

If resilience had a face, tenacity, and a heart, then they would all surely be owned by Harley. She may feel alone but her light shines brighter than even she knows. A new villain may be on the rise, calling Harley a “False Hero” but that’s like, just their opinion, man.

A battle looms and, while Harley may think all is safe and well or that the danger has passed, the real storm is just about to break.

This team just slays me every time I crack open the pages and invest myself in a new issue. From the witty Justice League references to Harley seeing that there’s more than one way to be a hero. Just brilliance. Harley learning that it’s okay just to be herself is priceless, and the ways these notions are explored is so finely done. The artwork is stunning, as always!  Seeing Zatanna referenced gave me some splendid personal glee.

I admit that when the series switched over to a new writer and artist I had my doubts. I worried about receiving it well, given such a different take on both fronts. I must admit that I genuinely love the real raw openness and depth that every issue brings. There are few series that strike this chord with me and I love every moment I get to spend in this world.

This great comic is a perfect example of why. 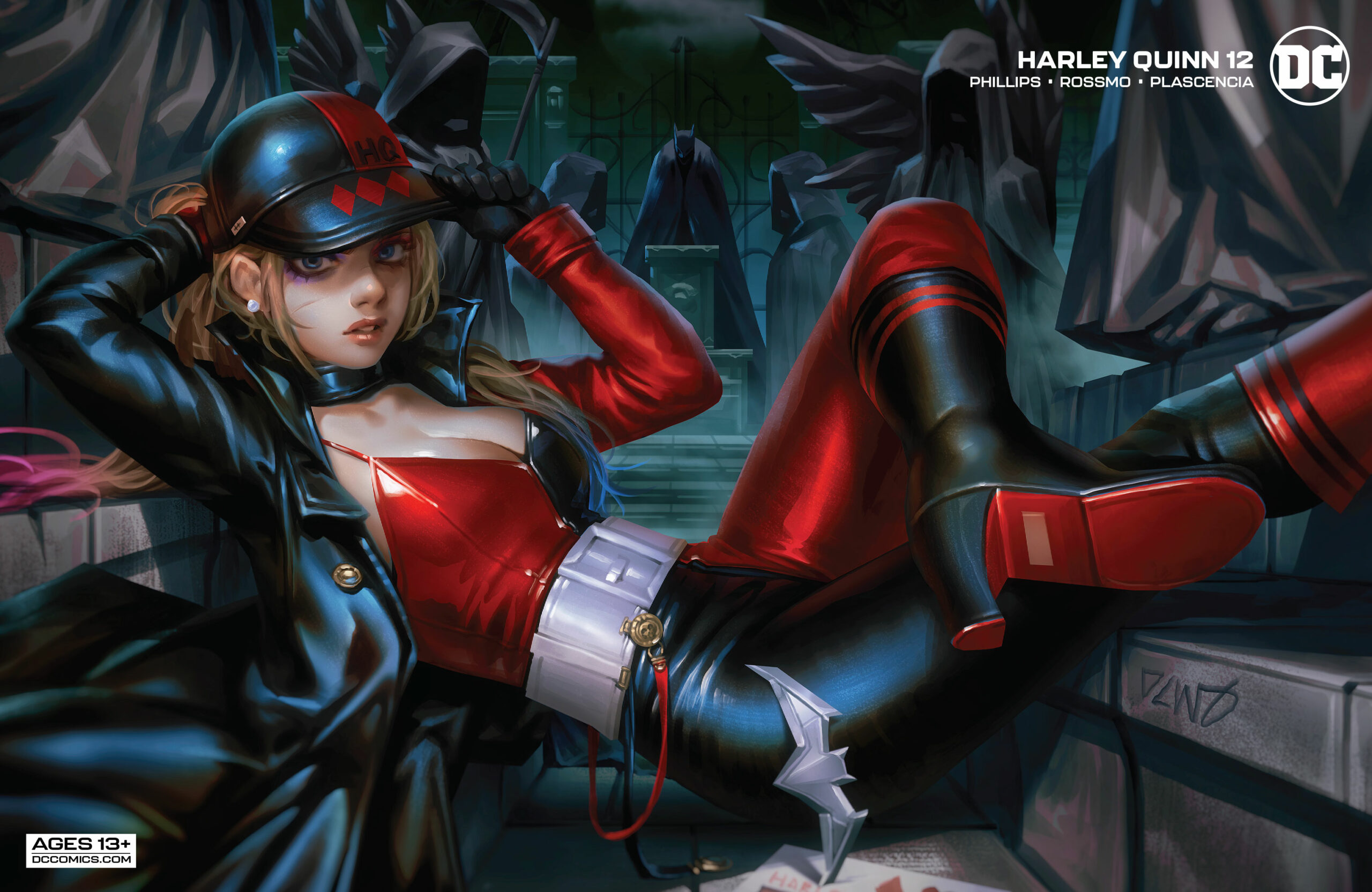 Harley Quinn #12 is a roller coaster ride of emotions and story. It shows the heart of Harley Quinn the way her fans have always seen her. This is an issue of beauty that comes highly recommended by yours truly.