“Malignant Humor”, and “The Spill” 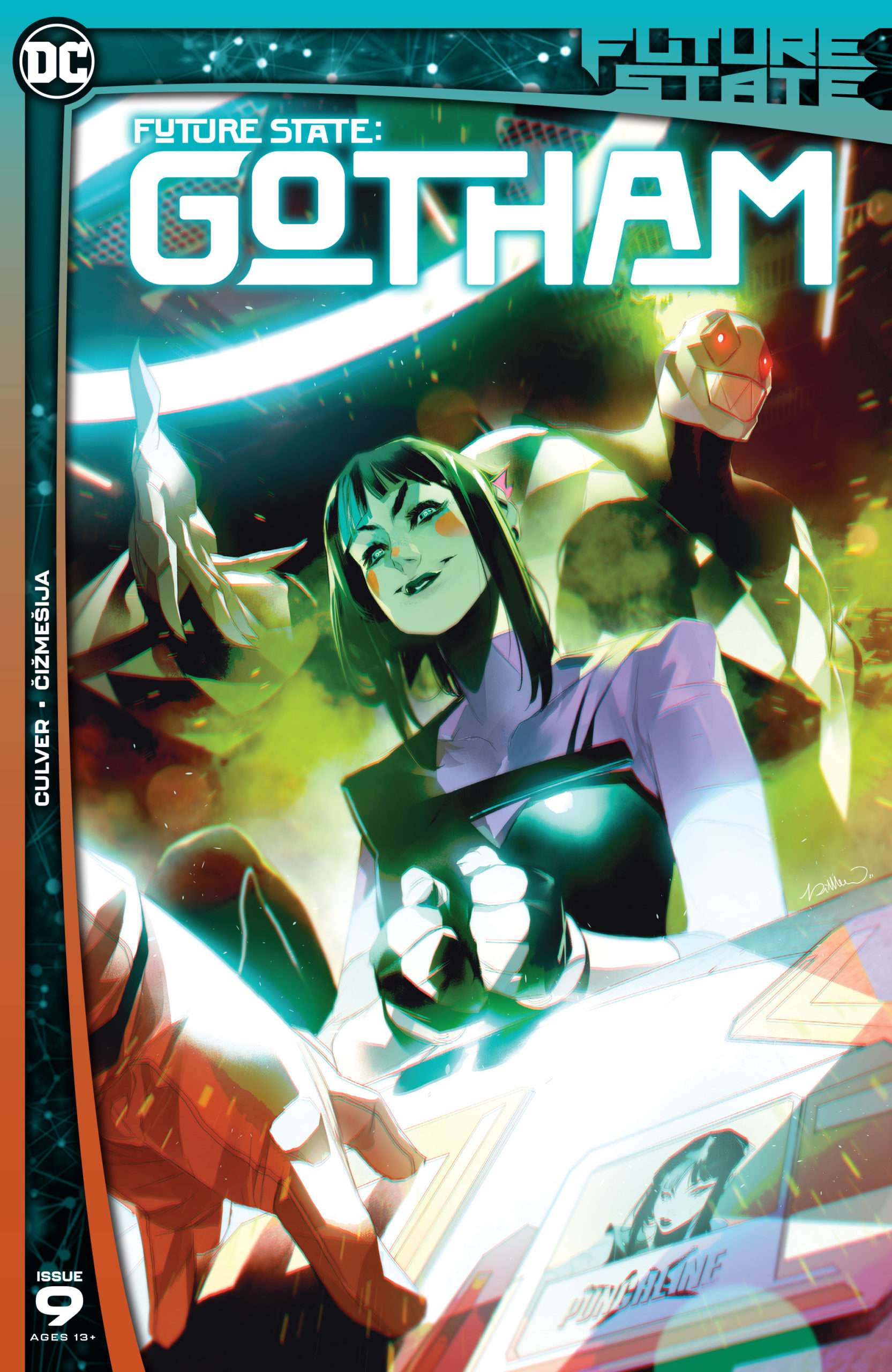 New issue coming through. More awesomeness can be found inside the pages of Future State Gotham #9. Do not miss out on it, or you’ll be kicking yourself for years. Either that or Jason Todd will be kicking you for years!

Your Very Own Robin

Ahh, it’s good to see Jason back in these issues. I get that this is a Gotham series and not just a Red Hood series, but I always feel better after checking in with my boy! Here we are, a day that we never thought would arrive. People are looking up to Jason “Disaster Child” Todd for career advice! How ridiculous is that? Well not very, not anymore. The last time we saw Magistrate Red, he was saving the city, AGAIN, and this time he does get some sort of recognition via a slight promotion. Go Jase!

With more responsibility come more gruesome crime scenes, as we see in this very issue. Dennis Culver’s really leaning into the “Grown-up” Red Hood vibes and, to be perfectly honest, I’m into it. I think it’s about time that Jason got his head on right and the family stop depending on Dick to be the responsible older brother.

Speaking of… DICK WHAT THE ACTUAL HELL DEMONS ARE YOU DOING? That is possibly the LEAST responsible thing I think anyone has ever seen you do, and that’s saying a lot. Dennis might be giving good reasons behind some of these character changes, but there are definitely things that we’re missing.

Well, well, well. How the tables have turned. Red Hood, how does it feel to have someone following you around like a lost little violent puppy? I can’t wait to see more of this budding mentor relationship. Dennis certainly threw us in at the deep end with this new story arc because this new Joker is no joke…  No, seriously. What a legitimately crazy person! I’m really looking forward to seeing how this plays out. 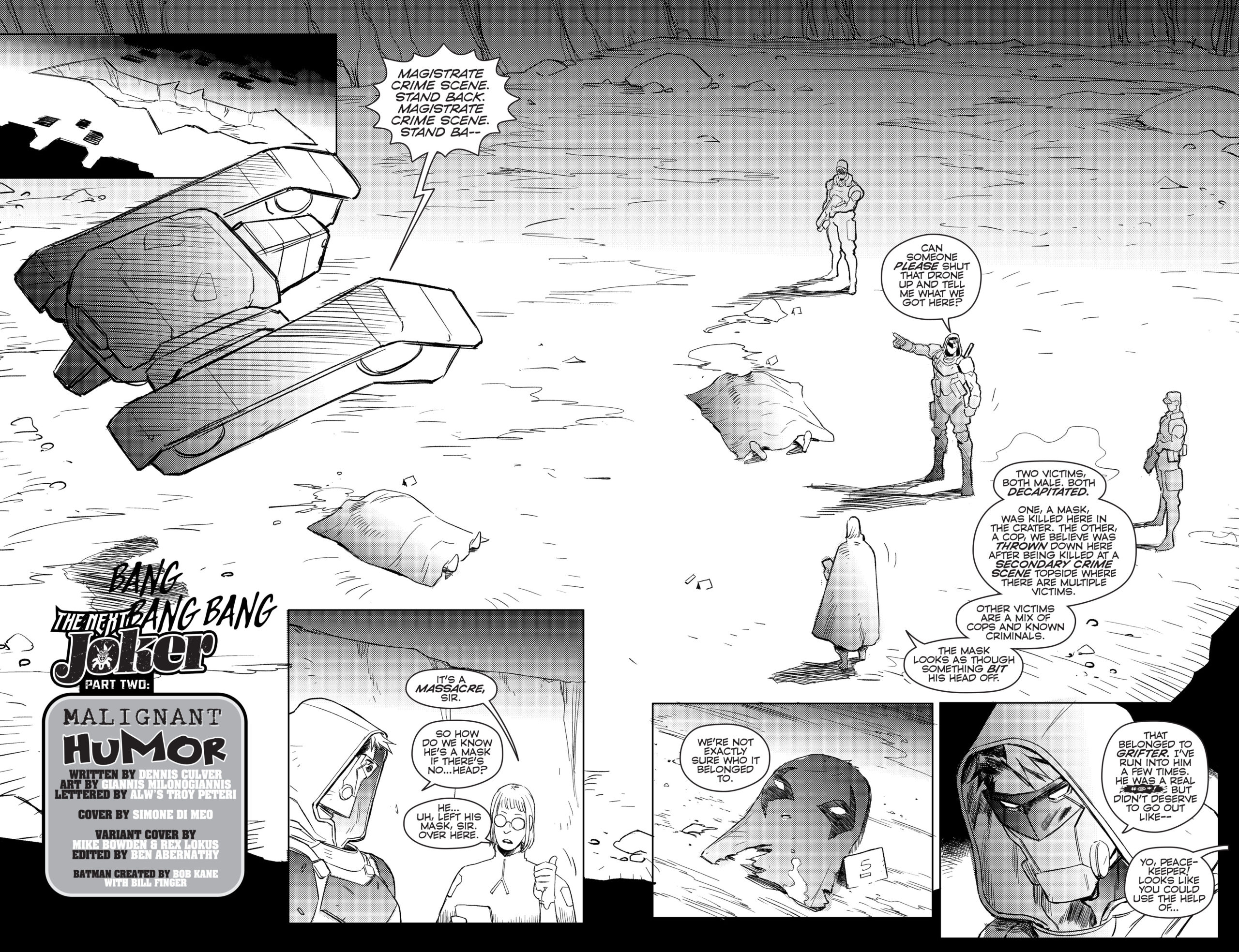 A Look of Concern

Yes! Giannis is back at it again with his awesome artwork. I’m not sure how many more times I can explain how good Milonogiannis’ artwork is. Very nice, great work, amazing details. His line-art is genuinely something you can look at a lot, and notice something new in it every time. The level of detail really is just insane. I have no idea how he manages to do this with every issue he works on. Future State Gotham #9  is so satisfying to look at, sometimes you don’t even have to read the words to know what is going on in a character’s head. Now that’s the mark of a great artist.

The short at the end of Future State Gotham #9 really did spill… tea all over the place! It’s a classic tale of Batman and Joker quipping at each other while in imminent danger. Gabriel Hardman and Corinna Beckho have done a great job at writing for Bats and Joker. The conversation really flowed, much like the torrents of water behind the damn. The standout part of this story to me was the artwork by Gabriel Hardman, what a talented dude! The darkness and shading of the images really created an intense atmosphere that really lent itself to the urgency of needing to escape the oncoming onslaught of water.

This is such a great running series. I’m happy we get to see other Gotham residents, but my forever love will always be Jason Todd. Now that we’re back with him, it will be interesting to see how he handles this new upstart Joker on the scene.

At this point in the story, it’s way too early to try and figure out what’s happening. Just it back and enjoy the obvious rollercoaster that we’ve strapped ourselves into.