“The Next Joker” – Part one “The Grift of Laughter”, and “Legacy” 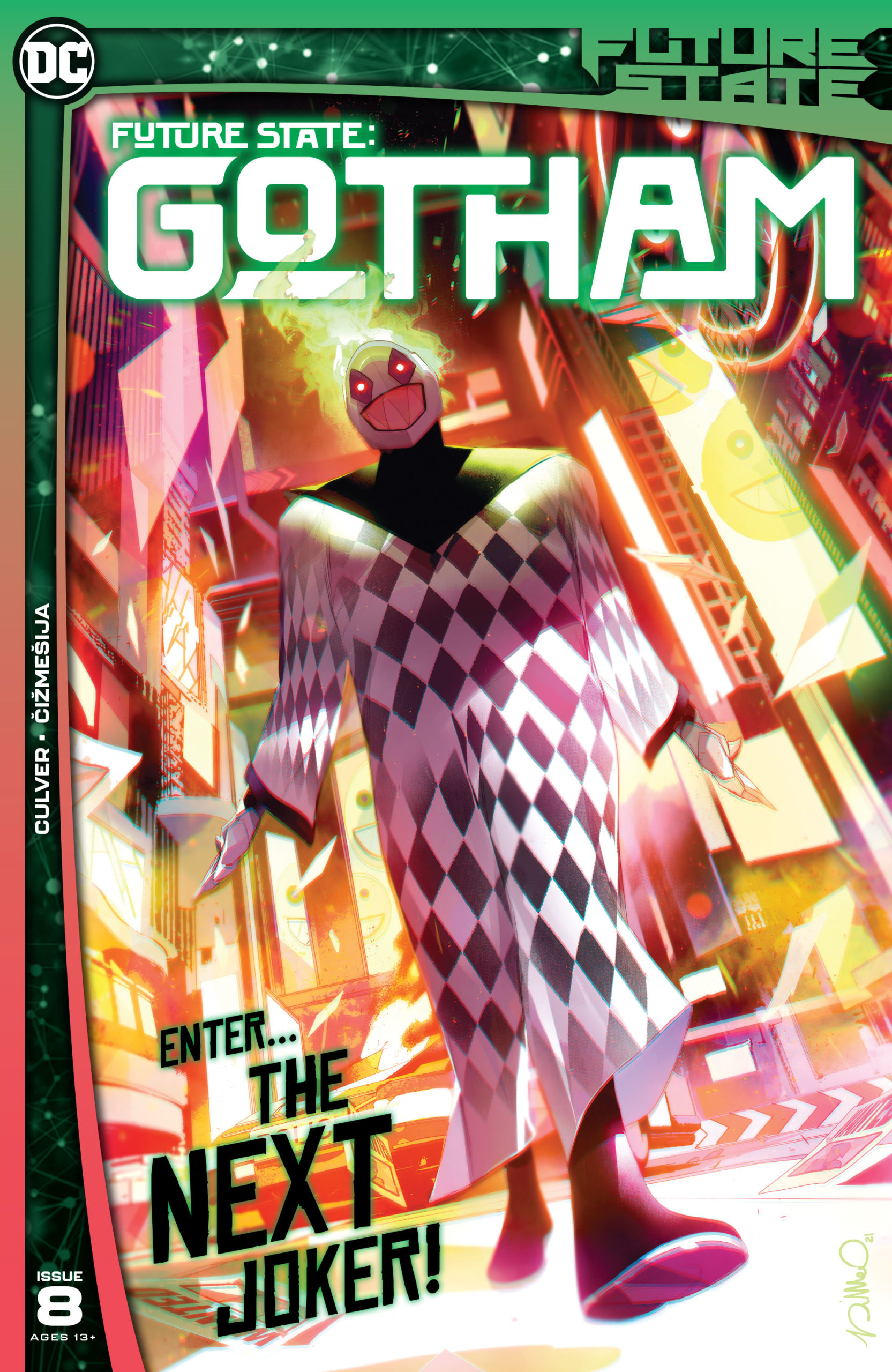 I cannot believe that Future State Gotham #8 already gives us the start of this series’ second story arc. I swear this title only started 3 weeks ago! This is such a good series that I barely notice that it’s been running for as long as it has, I just want to keep reading more!

The Grift of Laughter!

I mean, that’s already a perfect title, so why change it! Dennis Culver’s working on Future State Gotham #8 solo this time. I have to say, I couldn’t really tell the difference. Everything still had the same pacing and all-around sarcastic tone.

This seems like a setup issue for the rest of the arc, just telling us some information about who will be relevant in the next few issues. You’ll want to pay close attention to all the characters and players that pop up, as they all seem like they could have major roles soon. Dennis really knows how to keep a reader intrigued. I have to know what’s going to happen after this setup! It was ridiculous, and yet totally believable in the messed-up town known as Gotham.

Cover up, no one wants to see that!

New artist Nikola Čižmešija has absolutely smashed it. The artwork in Future State Gotham #8 is amazing! I had to look at some of the panels for ages to try and figure out how he did it. Coming up with work like that is really amazing. The pages at the end… we knew it had to be something disturbing behind the mask, but I was not expecting that! Nikola does a great job of creating a creepy dark atmosphere, which really adds to the reveal at the end. I’m super interested to see what else we have in store with new characters possibly coming in.

Leave some cool for the rest of us

The second story at the end of Future State Gotham #8 is one of the best yet. I was slightly confused at the start because it just throws you in at the deep end… which is where I want to be if it comes to the end of civilization. Batman came out swinging, and there also may have been some massive Transformer-looking tech! It’s super cool, and the art is by the writer of the story too, which is too much talent for just one person to have. Nick Dragotta, that was awesome on so many levels. The ending also came right out of nowhere!

This new arc means big things are coming for Gotham. Make sure your shoelaces are tied, I don’t want anyone’s socks flying off! The Next Joker is all up in Gotham’s business, and I can’t wait to see what the Batfam make of this. The characters are going to be an interesting mix, particularly with what we already have going on. I’m excited to see what’s up next for Red Hood and Gotham City.

Review: Batman Vs. Bigby! A Wolf in Gotham #4