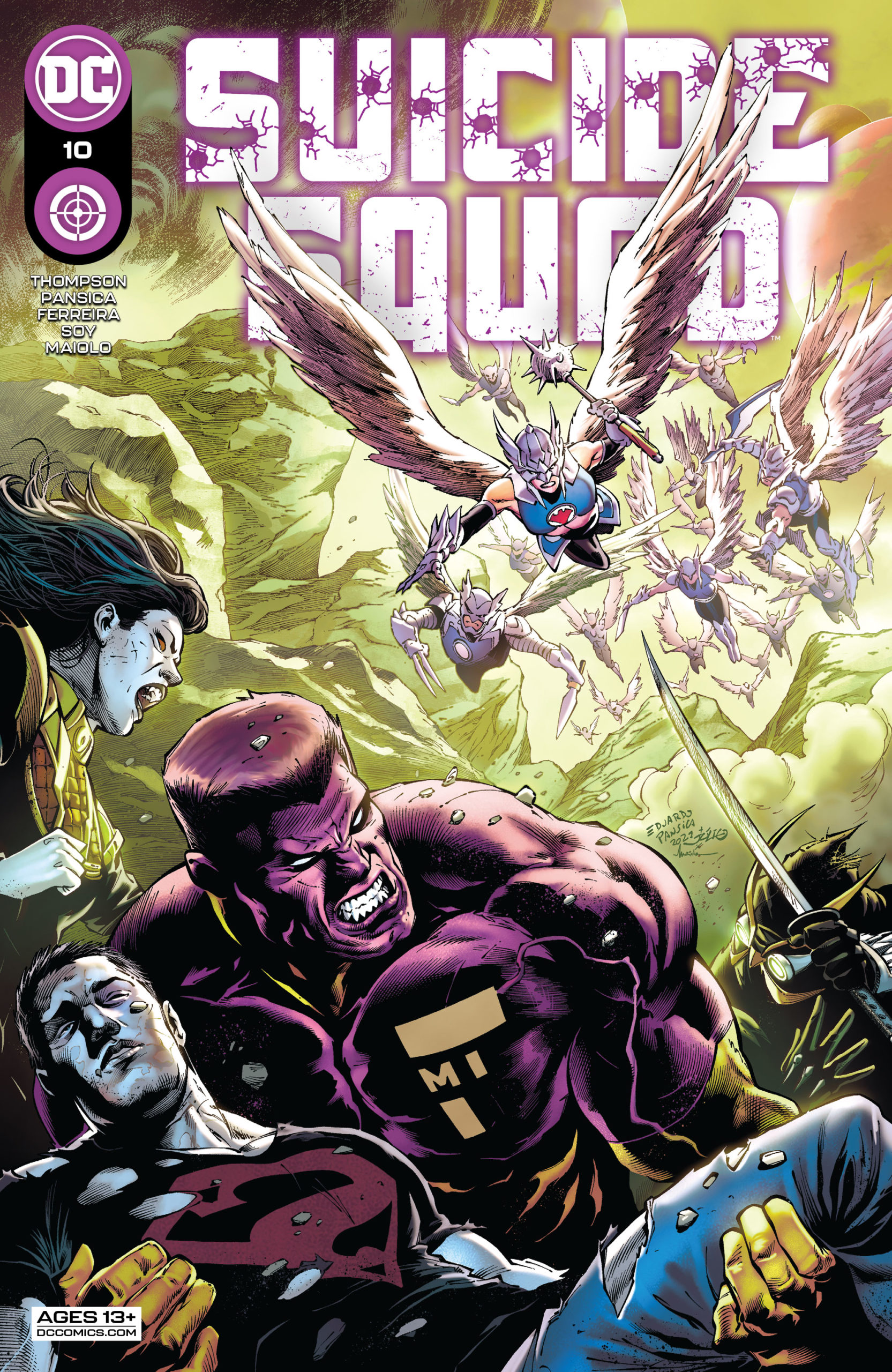 Suicide Squad #10 gives us a rich character portrait of one of the most fascinating and damaged members of the cast. I’d truly never encountered Culebra before this story, and through the steady progress of each issue, last month’s most of all, I now truly love and appreciate them. When you combine all this with the dynamic and explosive cosmic backdrop, then this title evolves to become a cut above the rest.

Cosmic green runs throughout the color scheme of the issue. With Oa as a backdrop, the action feels like it really is set in deep space. The silhouette of many forces fighting around each other in the wreckage of spacecraft is so truly science fiction to me. That’s the diversity of this title in full view.

The action dips between the progression of a character’s place in the world and two others’ relationships with each other. We get to see how dangerous but vulnerable people would really interact if they’d been conscripted by a powerful woman who doesn’t care about their wellbeing. 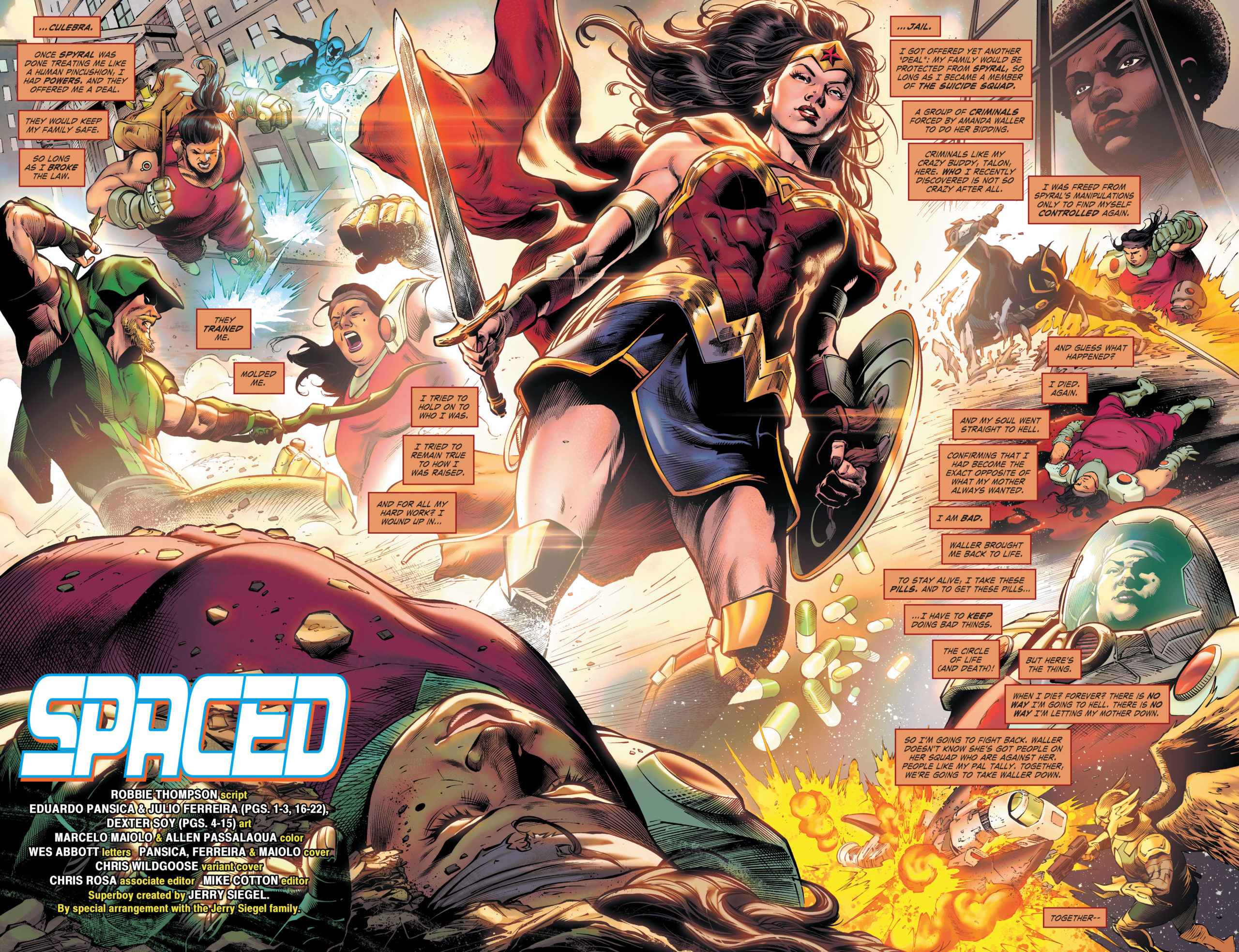 I have to show my respect to Robbie Thompson who has, in turn, done the same for legendary Suicide Squad writer, John Ostrander. It’s amazing to have a truly meta, fourth-wall-breaking character admit that this creator’s run on Suicide Squad is better than the current run he’s in himself. Delightful.

If you were just going by the title, Suicide Squad could easily be about morally dubious characters doing shady things all over the place, balancing the tension by either trying to reform or trying to rebel. This series constantly pushes those expectations off the table like a grumpy cat. We get consistent, realistic portraits of fascinating characters, mixed with stunning visuals that bring us the immersion we need to feel cosmic or gritty. Suicide Squad #10 sums up the title’s strengths and essence perfectly.