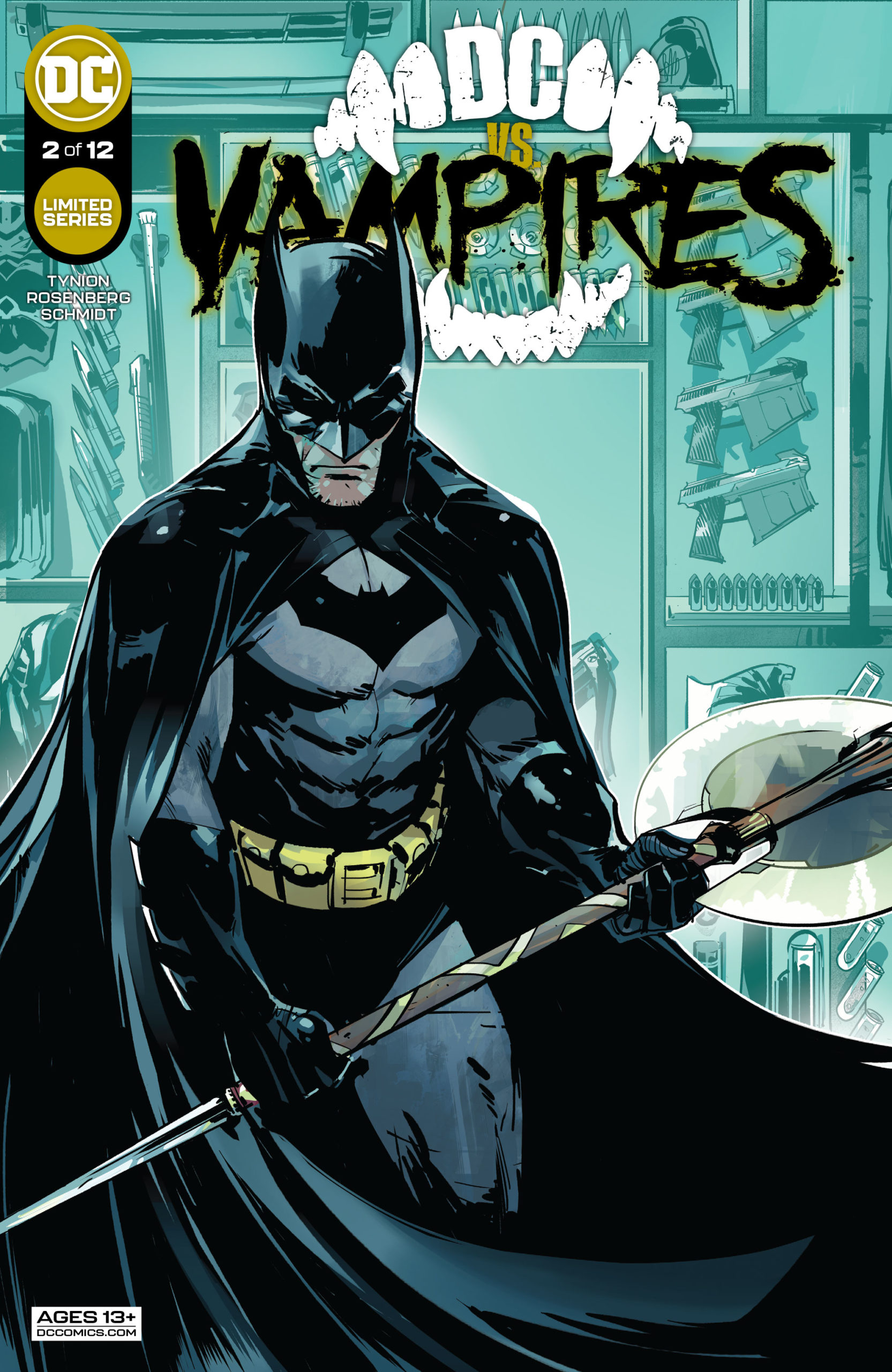 I tried Barry to argue for you Barry, but my Lord said the way your powers work, your metabolism, your speed… you’d drink the planet to death.” DC Vs. Vampires #2

The Justice League has long protected Earth from all manner of foreign and alien invaders over the years, always keeping a vigilant eye to the skies for the next threat. What if the threat was already walking the Earth; hiding in plain sight, watching, waiting for their moment to strike.

The war for the very survival of the human race has begun! A mysterious new vampire lord has already put a plan in motion to conquer the Earth, and the first step is-destroy the Justice League! The World’s Greatest Detective might be Earth’s last hope, and it’s time for the Bat-Family to hunt!

This second installment builds on the revelation from issue #1 that one of the League’s most powerful members is a vampire. This character has already had a villainous turn in the mainstream DC Universe, where he really wreaked havoc. In fact, in this series we would welcome one of his teammates knocking him out!

Tynion and Rosenberg have mapped this out a-la Tom Taylor’s DCeased. I love the fact that the traitor’s knocking off fellow JLAers in subtle, yet meaningful ways.  However, we know now that someone else is pulling his strings, and that he’s not the main vampire in this coven.

No Andrew Bennett in this installment… no problem. Oliver Queen/Green Arrow does a great job in his part of contacting the villains to warn them but to also flush out a vampire.

Batman’s investigative skills are what Tynion writes best. His “all hands on deck” approach with the Bat-Family, the intense daylight, and the holy water tea… Here, hold this cross! This is great stuff! Weeding everyone out to see whom he can trust and who has been bitten.

Otto Schmidt draws sharp character images, but he’s not one to work with backgrounds. In fact, there are some pages that have a watercolor vibe going on. This isn’t a major flaw, but I crave the depictions that one would see in a Spawn or Venom comic, where blood and carnage flow.

Again, if DC wanted to have a horror book, then this should have been published under the Black Label banner.

The premise is great and I still believe that this is going to be a strong 12 issue run. However, the apocalyptic cover art is not what you’ll find inside DC Vs. Vampires #2. Don’t let this dampen your appetite for a good vampire story, though, as Matthew Rosenberg and James Tynion IV provide a great Batman tale. Give this series a try!