“The Hall Of Justice“ 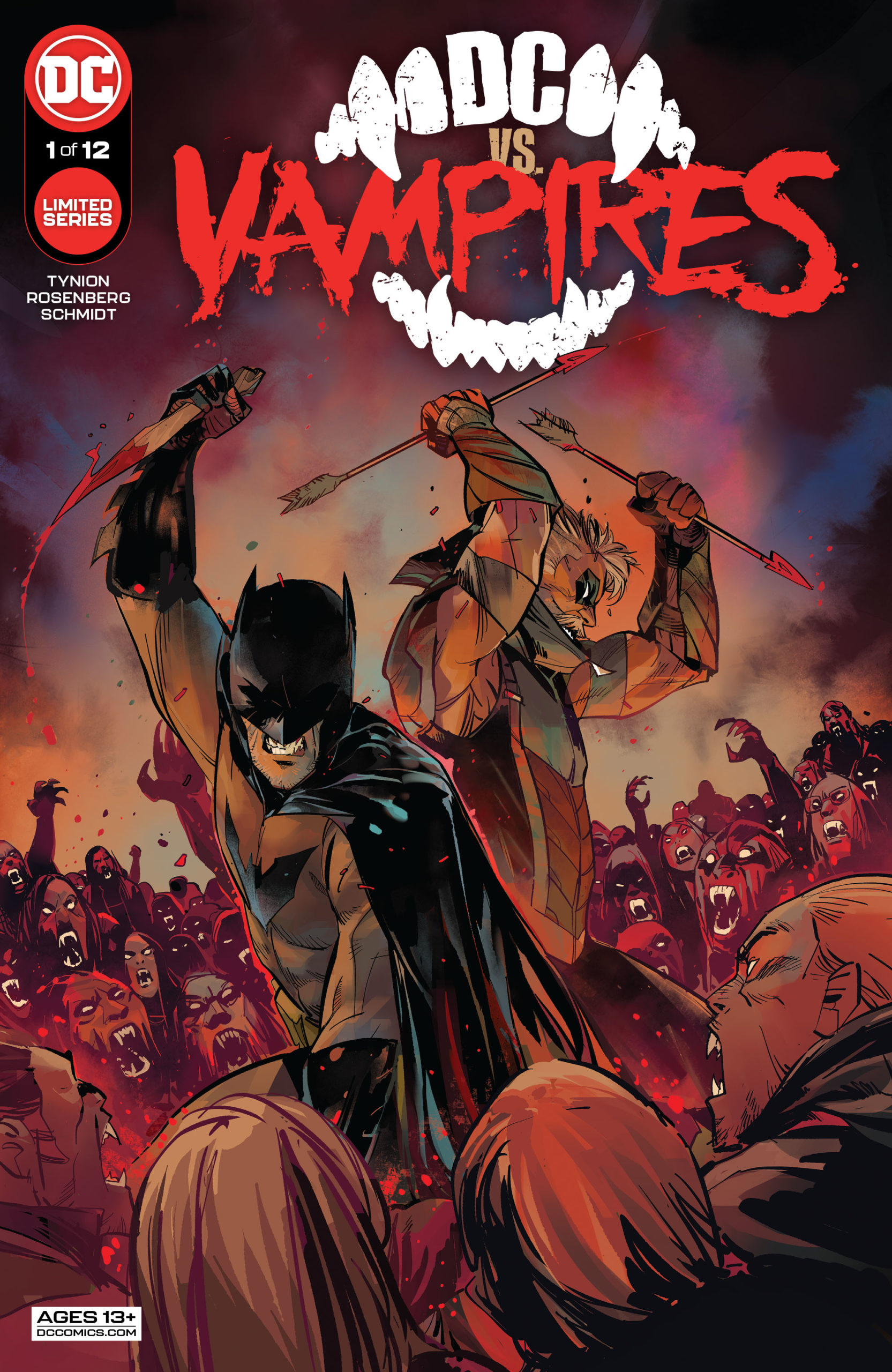 The Justice League has long protected Earth from all manner of foreign and alien invasion over the years, always keeping a vigilant eye to the skies for the next threat… but, what if the real danger was already walking the Earth, hiding in plain sight, watching, waiting for their moment to strike? Welcome to DC Vs. Vampires #1

In the tradition of DCeased comes a terrifying new series from the twisted minds of James Tynion IV (Detective Comics, Justice League Dark, The Nice House on the Lake; Something is Killing the Children), Matthew Rosenberg (The Joker Presents: A Puzzlebox; 4 Kids Walk Into A Bank; Hawkeye), and Otto Schmidt that will tear the Justice League apart in their war with the undead!

In a story such as this, no hero is safe, which is evident from some of the ghastly deaths we see in the debut issue.  However, if you were craving more of the DCeased world with a twist, is DC vs Vampires is going to be your cup of … well, what is it that vampires drink?

To start, the writing team of Tynion and Rosenberg really have a fantastic understanding of these characters, even when it comes to some of them being secret vampires and how that fact would ultimately affect their normally-kind nature. Setting Andrew Bennett up as the main protagonist is inspired, considering he’s one of the most popular bloodsuckers in DC Comics, mainly thanks to his New 52 book. Whereas DCeased saw the zombie apocalypse ripping into the DC Universe with no subtlety to speak of, the idea behind this battle against the undead sees the vampires rising in secret, and lending a sense of paranoia to the reader, especially when a major hero is revealed to be one.

There are some truly fantastic story beats here, especially with Tynion and Rosenberg’s take on Lex Luthor, who falls to the vampire scourge alongside the ranks of the Legion of Doom, but never loses his elevated sense of pride in the process. For fans looking to see some of the biggest heroes suffer unspeakable demise, there certainly is a major one here, though you’d certainly need to argue about said character’s current relevance in the scheme of things in the DCU.

Otto Schmidt draws an interesting book in that it appears to be “sun-washed” in parts and the gore isn’t what one would expect having read DCeased. In fact, there are a few scenes where a Todd McFarlane or Greg Capullo could actually teach Schmidt how to really handle the gore of a horror comic, the way they do in Spawn. If DC really wanted to produce a horror book, then perhaps this should’ve been published under the Black Label banner.

The premise is great and I still believe that it’s going to be a strong 12 issue run, but the apocalyptic cover art is not what you’ll find inside the book. Don’t let this dampen your appetite for a good spooky story, though, as it is Matthew Rosenberg and James Tynion IV writing after all, and these guys always tend to deliver a great Batman tale… so give DC Vs. Vampires #1 one a try!