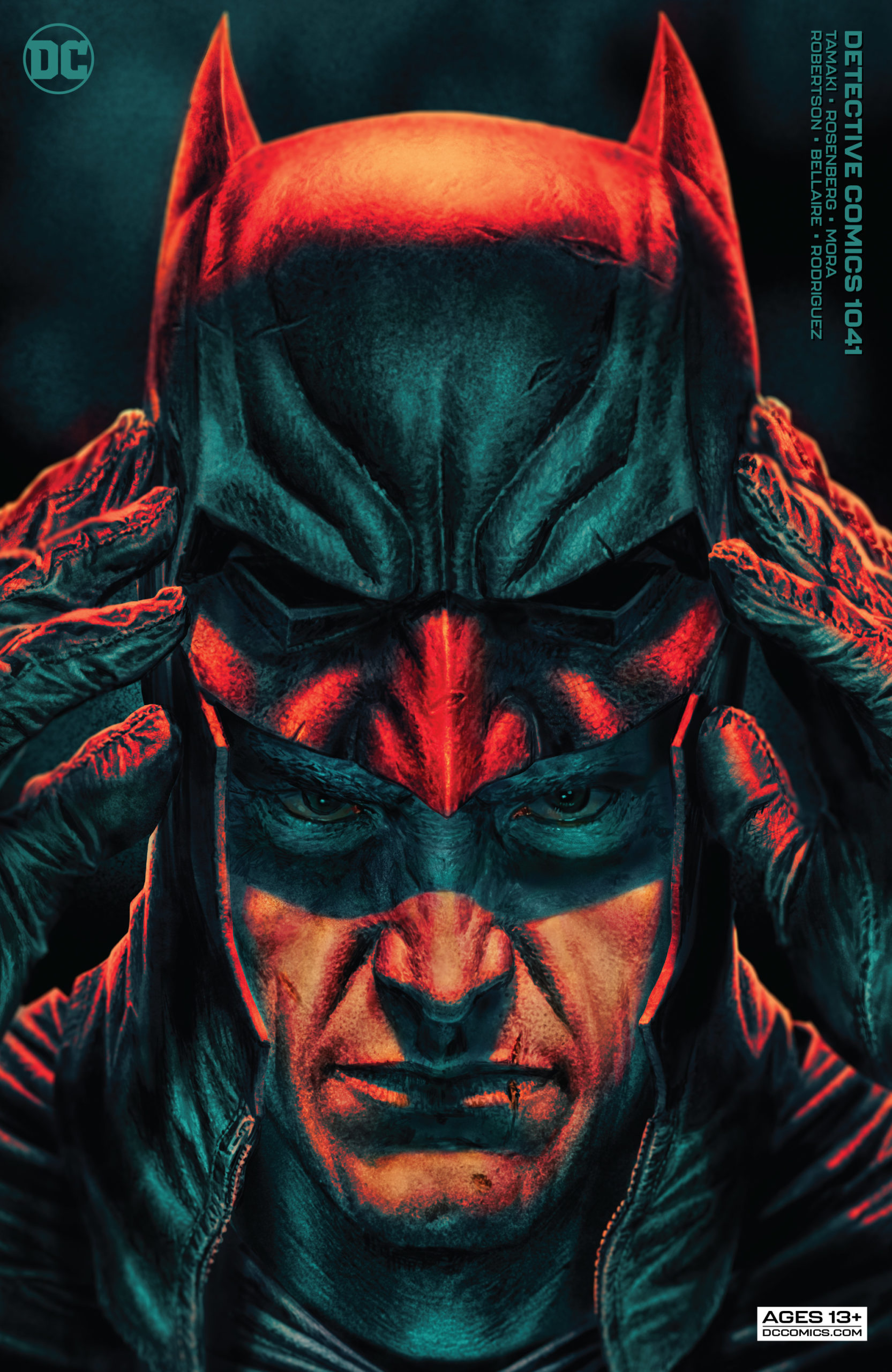 It’s been a rough few months for Bruce Wayne; he’s lost most of his money, plus his company, his house and, as of the last explosive issue, his new apartment and micro Bat cave. What’s a bat to do? Find out in Detective Comics #1041!

How Many Villains is Too Many?

The issue starts off In Gotham City Hall. Mayor Nakano is a brave man. Being Mayor of Gotham is a task and a half in and of itself, but with putting a stop to vigilantes and masks as your main having your main campaign objective? Well, you’re going to just making your life/job harder and harder. The cherry on top of this Mayoral mess is… he keeps surrounding himself with villains!

Then there’s the strange virus plaguing Gotham. We all know it is due to the sinister Mr Vile; who’s currently being held by The Jury. Nakano’s trying to deal with that, the rampaging Mr Worth, (Scarecrow too, if you’re reading the current Batman title) AND trying to deal with the vigilante criminal known as Batman.  What would you do if you were in his shoes? I think he’s starting to crack.

Let’s get back to Bruce Wayne though, as this is Detective Comics, and not Mayor Comics. He’s homeless, Bat-Caveless, and all out of costumes and gadgets. He’ll have to use some old gear, and you know what that means? We’re treated to a stunning classic Batsuit in this issue, but I’m not going to spoil it for you. (Thank You Dan Mora, we love you!)

We’re also treated to a new perspective from Bruce himself. Mariko Tamaki has our hero seeing the problems of trying to take down a wealthy elite when you’re no longer wealthy yourself, though this entire experience will no doubt make Batman more formidable in the long run. You know what they say “what doesn’t kill you makes you stronger”.

Just when you think The Dark Knight’s ready to go on the offensive towards the end of this story, enter The Jury, who give Batman a makeshift trial of sorts; reminiscent of the amazing Batman: The animated series episode “Trial”, where a sinister bunch of villains accuse Batman of crimes; which we all know he didn’t commit. I’m constantly surprised by Tamaki’s writing and Mora’s art, so I cannot wait to see where they take The Jury next.

Fresh out of hospital after being possessed by Mr Vile, All star Gotham reporter Deb Donovan is back on the beat, and she’s found a story that definitely digs up the dirt.

Donovan’s a fighter, and feels almost like a cross between Lois Lane and Harvey Bullock. Our story starts with her trying to get answers about corruption in relation to public transport in Gotham; when out of nowhere she’s thrown onto a darker path that leads to a morgue.

The way this story was written I almost forgot that it was about Task Force Z. (The upcoming Red Hood led title) I thought it was just about Deb tracking down leads, like she did a few issues ago when she told the story of Mr Worth. Then we start seeing the bodies and learn about threats she’s received on her life. What has she gotten herself into? She phones a friend and we see a classic character from Batman’s past, as well as a few other caped cameos in this issue. The art and writing are both a treat! I was completely lured into this mysterious story, and now can’t wait for part two!

This is important reading if you’re going to be picking up Task Force Z! So be sure to read this issue before that comes out! I’m very interested to see what our dear Deb Donovan has stumbled onto, and how big a part she’ll play, going forward.

Detective Comics #1041 was a joy for the eyes and the mind. I keep telling my friends to jump on this book asap. This issue is more fuel for my fire!

James Gunn Isn’t Quite Done with the DCEU Yet