“The Weekender” – Part One and “Kirk Langstrom” 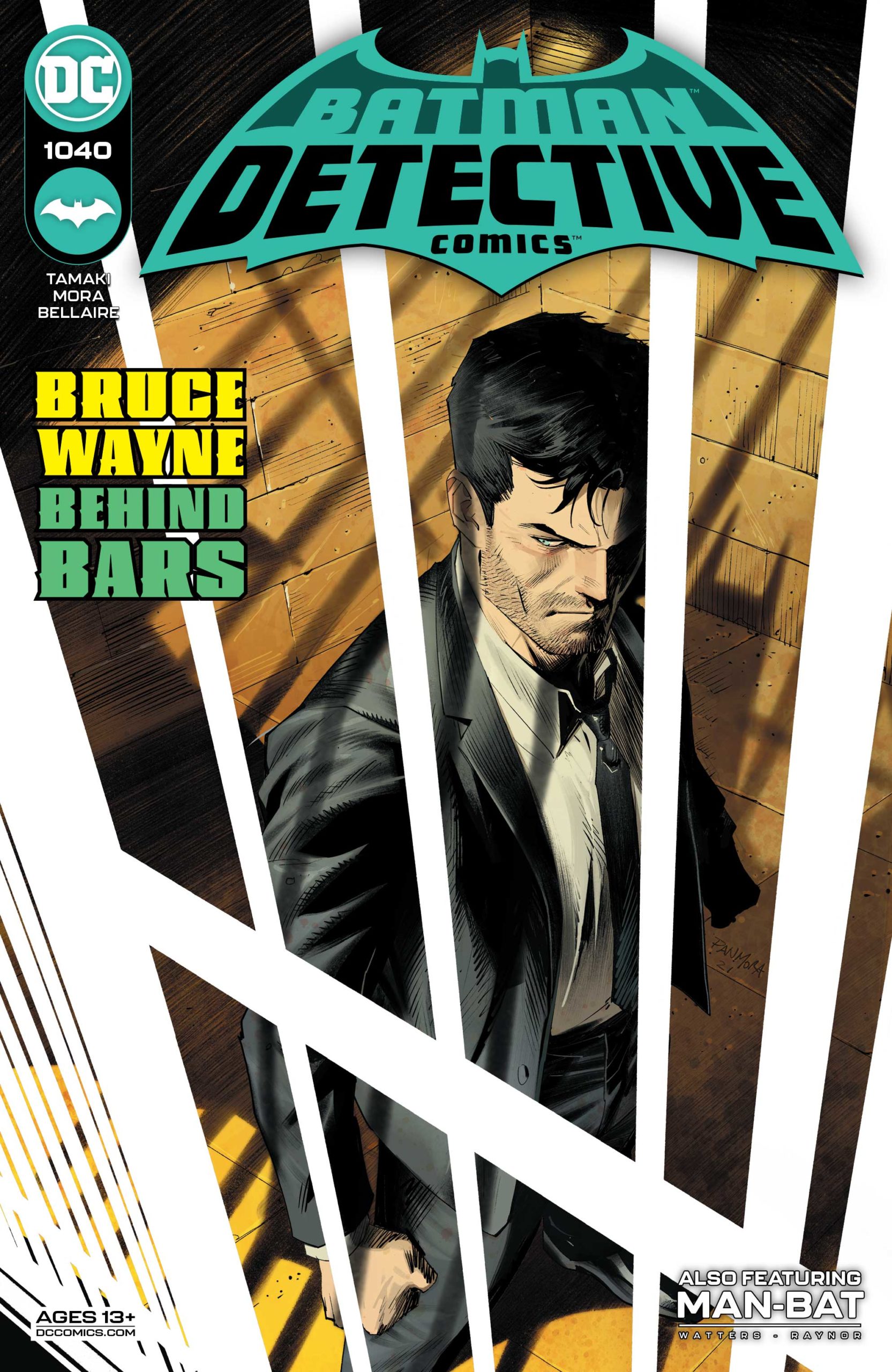 Bruce Wayne, behind bars? How did we get here? After the explosive finale to last issue , what do Mariko Tamaki and the team have in store for us in this issue of Detective Comics #1040!? The answer? A little bit of everything.

After the non-stop action that has been taking place in this titles of late, who will pay the price for all that damage? In other words; who’ll be held accountable? Well, as per usual, Bruce Wayne has to throw himself to the wolves and spends a weekend in jail. How will Gotham cope without him from Friday night to Monday morning? (it’s not like Gotham has a shortage of super heroes to watch over it). No, this story takes place from the point of view of Bruce, in his cell, being told a tale of the Batman by a drunk man spending the weekend in lock-up, and it’s a treat! Plus there’s more of the growing threat and evil plans hatching from Penguin, Mr. Worth and all the evil doers they’ve recruited into The Jury.

Comic Art At Its Finest

The stand out part for me in this issue was Dan Mora’s art, every time I see his name on a comic I get goosebumps of anticipation. His Oswald Cobblepot is probably my favorite to look at on the page. We also get some classic Bat/Joker costumes which, drawn by Mora, will make any Bat-fan smile! Outstanding work Mr. Mora, please keep it up!

For those of you who were worried about Huntress’ well being after she was taken over and controlled by the Vile Mr. Evil… I mean the evil Mr. Vile, she was immediately written out the window in this story (literally) and her adventures continue from that window into Batman Secret Files: Huntress #1 (a must read!)

Long overdue as well, I saw recently on Twitter that Mariko Tamaki’s starting to get the recognition she deserves, it’s not like we at Dark Knight News haven’t been singing her praises for months now, on what has been an immense run on Detective Comics and Batman: Dark Detective! This Issue is a testament to that recognition. Not every Bat-book has to showcase the final fate of Gotham City, some issues are there just to tell great stories. This is one of them, and it adds to an amazing run.

Man-Bat, who cares about Man-Bat? This character’s name is the one sometimes used by people trying to tease Batman fans. So it wouldn’t really make sense to do a story about this character in an attempt to make fans like him would it? Well, let me tell you… this story was AMAZING!

The story itself shows Man-Bat facing a supernatural foe, who’s presence threatens the entire world! How could a giant Man/Bat hybrid possibly be able to stop that? The story takes us on a journey and shows us that all men have demons, some are literal!

I love Comic books and I love movies, this short story was a dark gritty, tale that wouldn’t be out of place in the noir 1950’s movie section. I loved it. The art was beautiful, and the story was heartbreaking.

Detective Comics #1040 was a literary treat, and for us kids who like books with pictures, this one has some beautiful work. I recommend this title to every Batman fan I speak to, and tell them that these are the stories they’ve been missing out on. I hope you all read this book and jump in on this run. You’ll be sorry if you don’t.