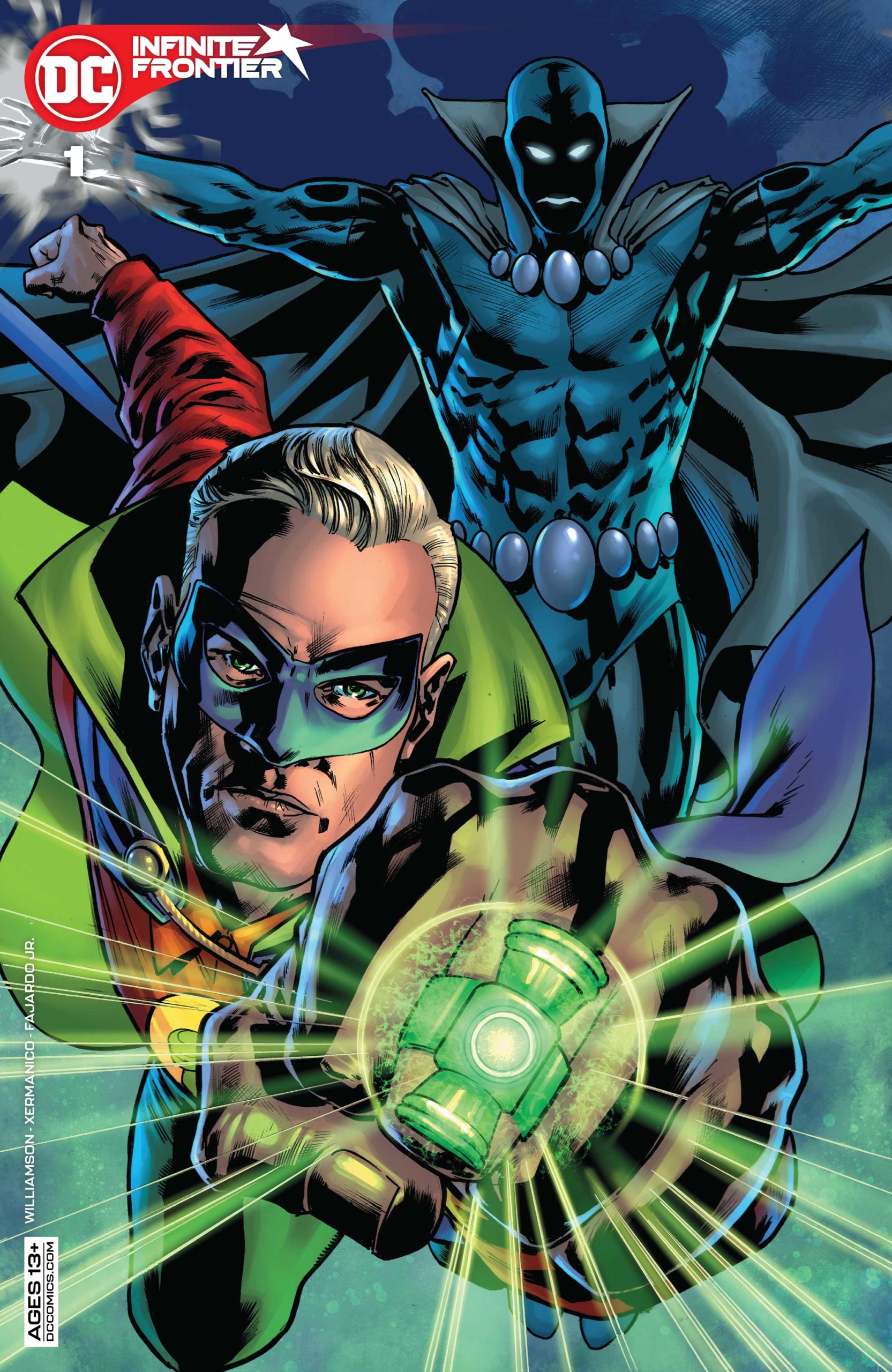 As a new chapter within the DCU unfolds, more mysteries arise in this week’s much anticipated Infinite Frontier #1.

While most things seem to be back to normal after the horrifying events of Dark Nights: Death Metal, there are still some weird anomalies within the Multiverse. For starters, unlike previous Crisis level events, it seems that many in the DCU can remember what occurred, which has brought about a certain level of existential dread amongst the population. When trying to defuse a situation at a local dinner, the newly resurrected Roy Harper discovers he has a new and unusual power.

Meanwhile, on Earth 23, a rocket ship lands in Kansas, and it’s not carrying a Kryptonian. President Superman retrieves the passenger and brings him to the House of Heroes where the rest of Justice Incarnate investigate the origin of this strange anomaly.

Elsewhere, the Flash (Barry Allen) is vibrating through the Multiverse, searching for yet another Parallel Earth, which was formed after the events of Death Metal #7. Upon his arrival, Barry discovers an horrific crime scene (see the shocking end of Infinite Frontier #0) and then comes face to face to face with an old foe.

Finally, back on Earth-0, Alan Scott and Obsidian are on their way to meet Jade at a former JSA headquarters in Gotham… with explosive results.

Infinite Frontier #1 reads very similarly to events like 52, Futures End, and Brightest Day.  The issue jumps from narrative to narrative without much connectivity between the parts. However, each of these vignettes is interesting, as they flesh out the new status quo for the DCU. Williamson does a great job moving between the stories, giving each of them a cliff-hanger of sorts, designed to hook the reader. It’s a juggling act that’s actually quite impressive. Despite each story’s brevity, no one feels shorted over another. Overall, and unsurprisingly, the book reads very well. 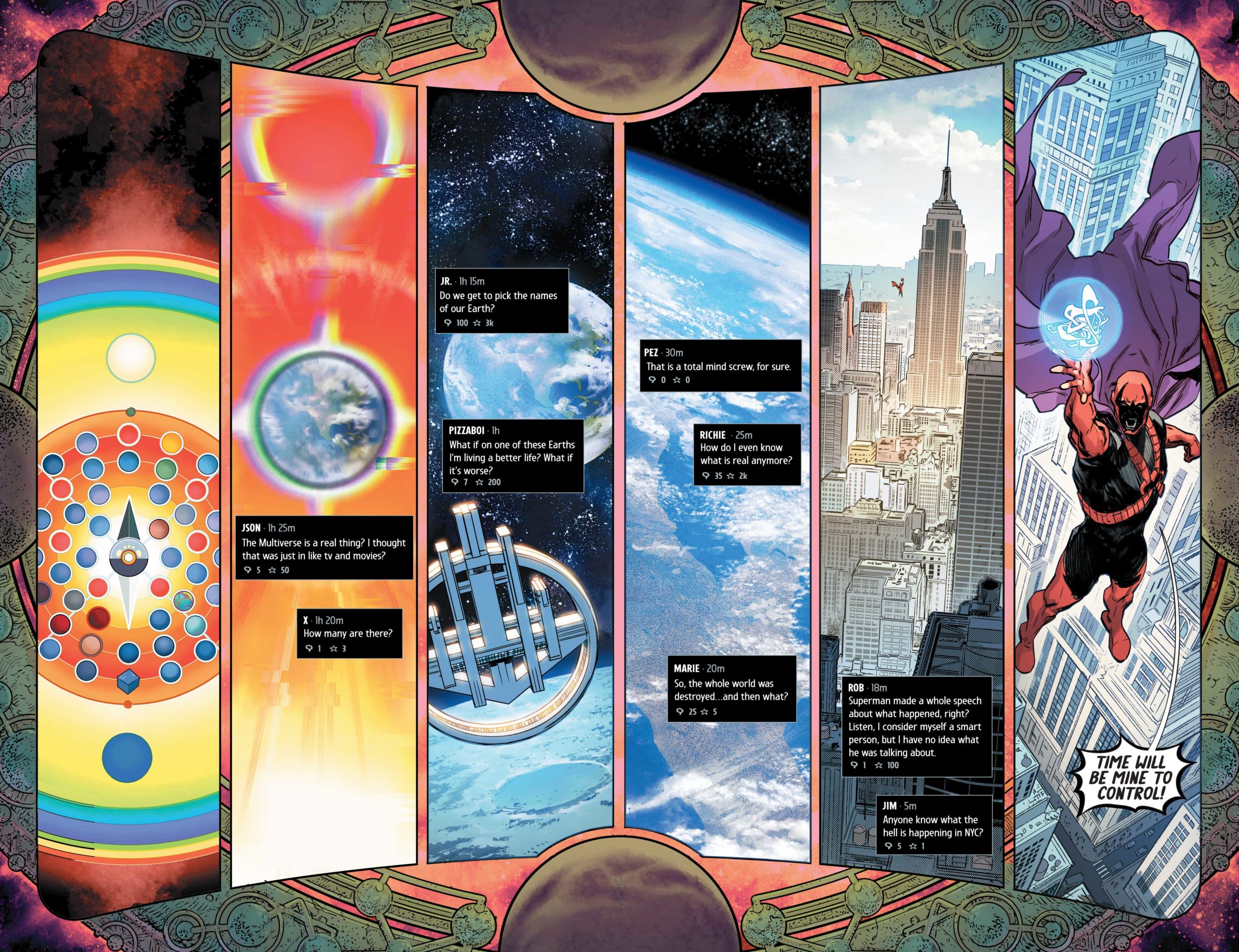 Xermanico is credited for the art on this title, and this isn’t the first time he and Williamson have collaborated on a book. During Death Metal, Xermanico drew the Justice League crossover issues that Williamson penned. The two work very well together. As exemplified in his aforementioned Justice League tenure, Xermanico is great at tackling large projects that involve intricate backgrounds and numerous characters. Infinite Frontier is a great fit for him, due to the scope and gravity of the narrative.

Xermanico’s work on this particular issue is on par with everything else he’s done for DC in the past few years – i.e. it’s very good. He brings his signature detailed, hyper-realistic sensibility to the title, while oscillating between standard paneling and more atypical page layouts. While nothing in this issue is visually unique or mind-blowing, Xermanico’s art is still beautiful and very much worth your time. 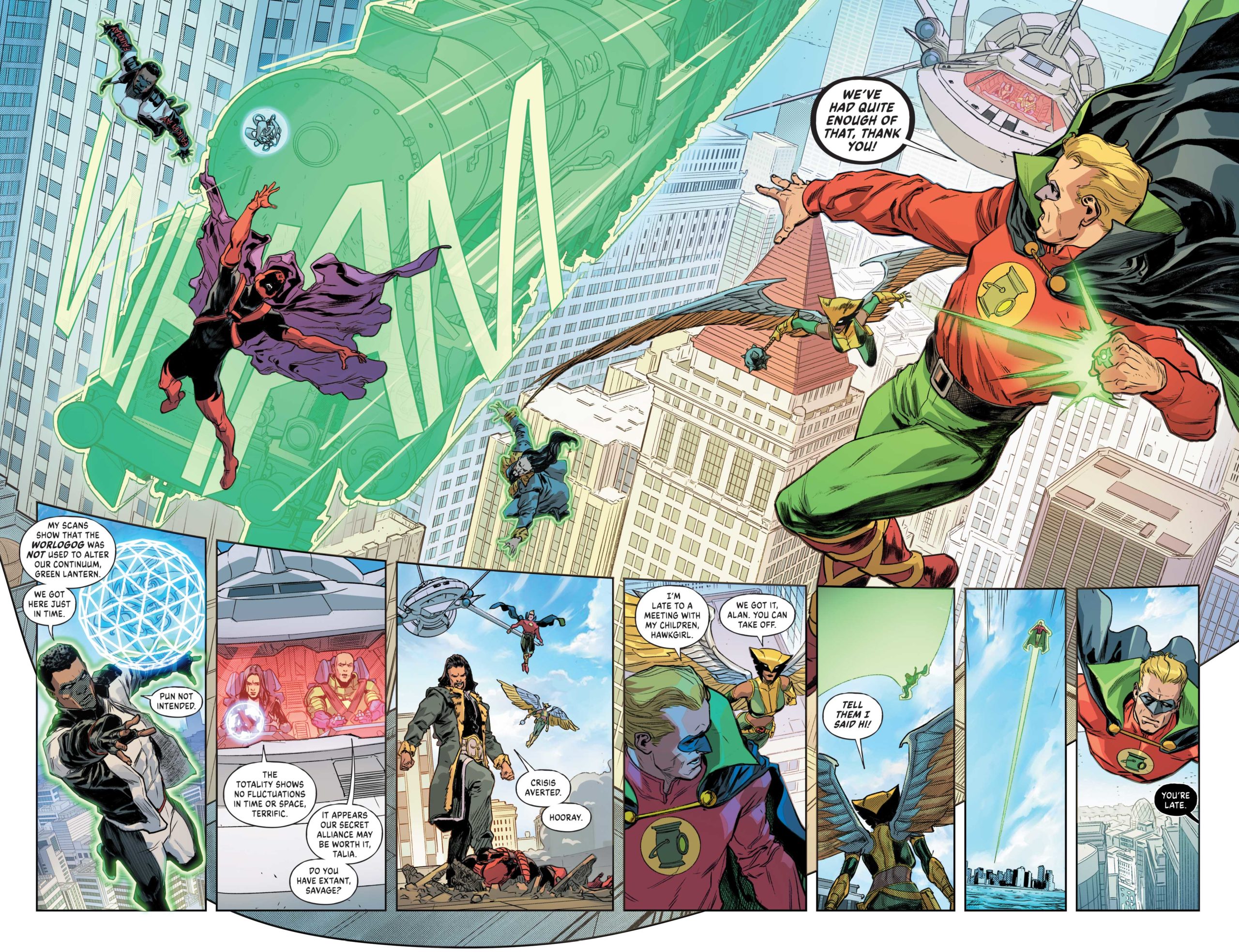 Infinite Frontier #1 is fun. Williamson is definitely setting up something major for the DCU, as the issue directly hints at an upcoming Crisis. This might be both the strength and weakness of the issue: Crisis. DC has had several of these events over the years, and at this point, they’ve all established a certain amount of tropes. Readers have come to expect certain characters and plot points, not only in the Crisis titles but also in the event books that spiral into (and out of) them. Williamson’s pulling on all of these strings, as he lays the groundwork for things to come. Some might find this nostalgic, others repetitive. At this point, I have to say that I’m intrigued, but in order for this tale to take on its own unique identity, Williamson’s going to need to deviate from the standard course of action.

Final Verdict: It’s a great story, although I feel like I’ve read it before.