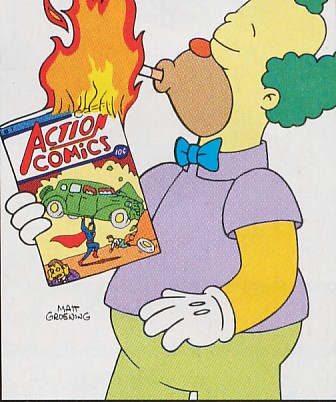 Along with the T206 Honus Wagner baseball card, and a 1998 McDonald’s Szechuan sauce packet, this comic book is one of the Holy Grails of collectibles. It features the origin story and first appearance of Superman, who you might have heard of. The precious item was auctioned by ComicConnect.com, and according to site owner Vincent Zurzolo was “buried in a stack of old 1930s movie magazines”.  He added that the seller pocketed a cool $1 million and the buyer is “relatively new to comic investing”.

Who could have known?

Originally selling for 10-cents, hundreds of thousands of issues of the comic were printed and sold during the summer of 1938, most of them winding up as hobo toilet paper. Fewer than 100 copies are said to still exist. Now that a rare copy of Action Comics #1 has sold for $3.25 million, that’s everyone’s cue to march straight to the home of their oldest relative and start rummaging through their things.

Superman has come along way since those early days of terrorizing innocent motorists. He’s learned to fly, gotten married, died multiple times, and been the subject of countless internet flame wars. He continues to be the most influential superhero ever created, an inspiration to multitudes, and his legacy only continues to grow.

No doubt this piece of art and human culture will only climb in value. So… who wants to pool their money and go in on a copy?