A Band Edition of the  Dark Nights: Death Metal limited series is coming from DC Comics. Some of the most face-melting bands in the history of music will be featured alongside the twisted and deranged heroes of the Dark Multiverse.

Representing a cross-section of metal music from across genres and generations, each special edition will feature a variant cover spotlighting a different metal band, an introduction from the band and exclusive interview.

Starting in March, the special editions will be published monthly in France, Spain, Italy, Germany, Brazil, Mexico, Argentina and Turkey. A Collectors’ Omnibus Edition with extra content will also be available to thrashers in Russia, Poland, Czech Republic, South Korea and Japan. (I guess everybody else in the world is just too soft to handle this heavy metal offering?) 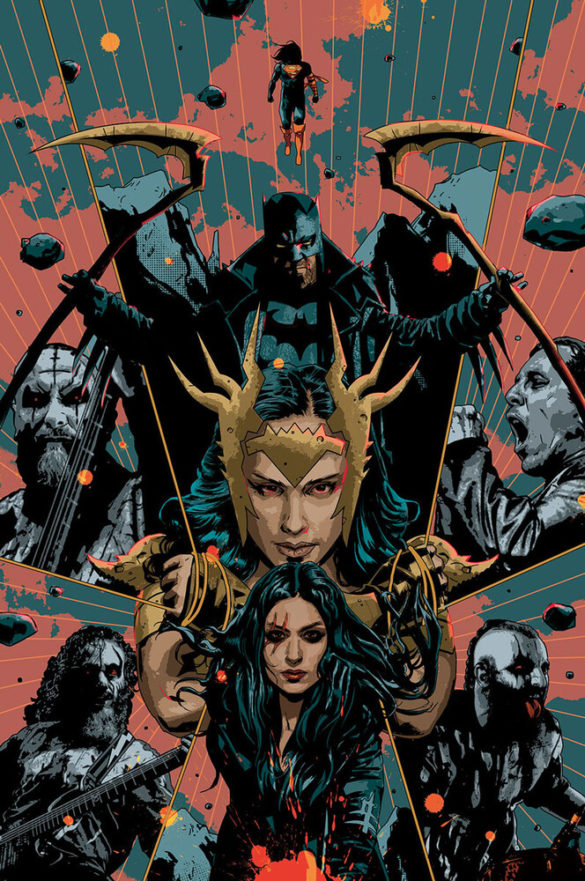 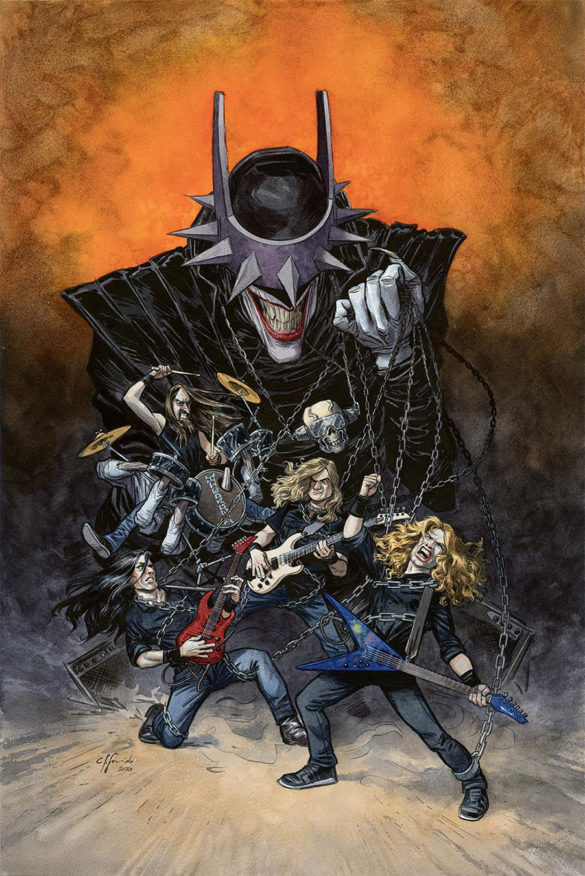 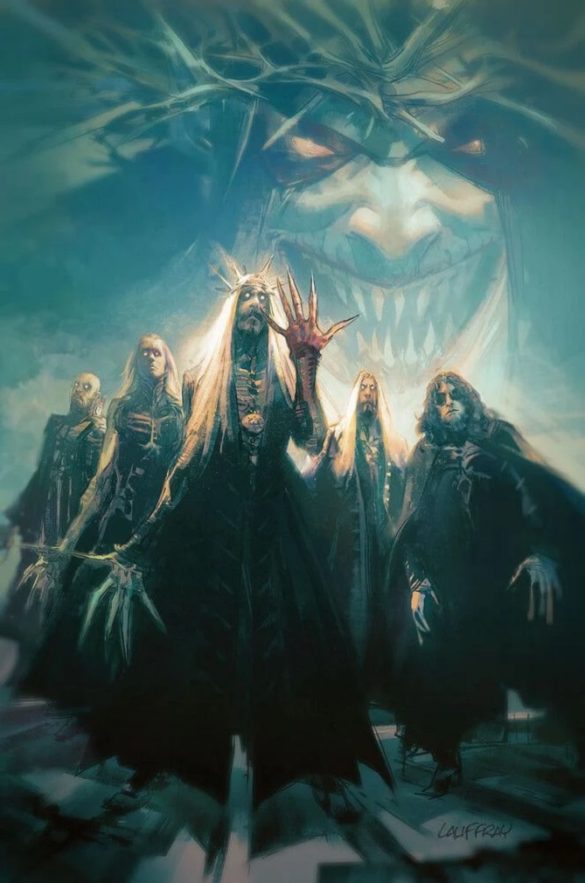 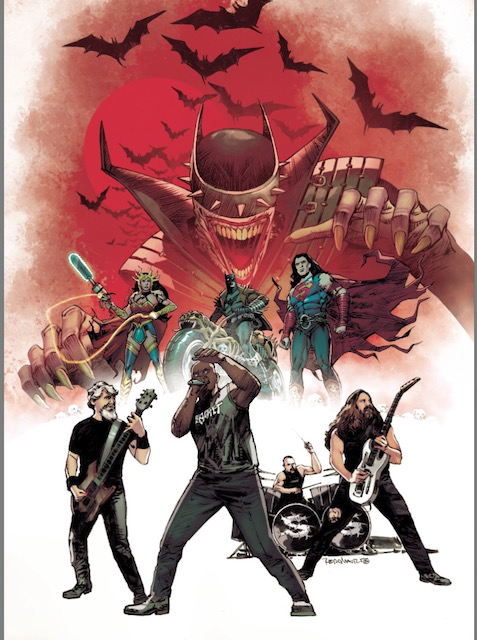 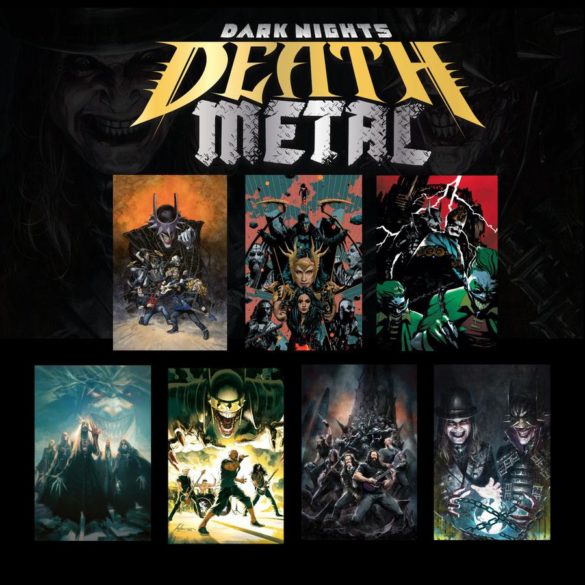 Here’s the full line up of bands and artists:

It looks like this Band Edition of Dark Nights: Death Metal will slay some folks. The preview of #7 is crushing, brother, but is the Prince of Darkness still tough enough to hang with the Batman who Laughs? Then again, Ozzy is notorious for his handling of bats.

Music and comic fans alike will sound be able to find out who rocks the hardest in this twisted bash.