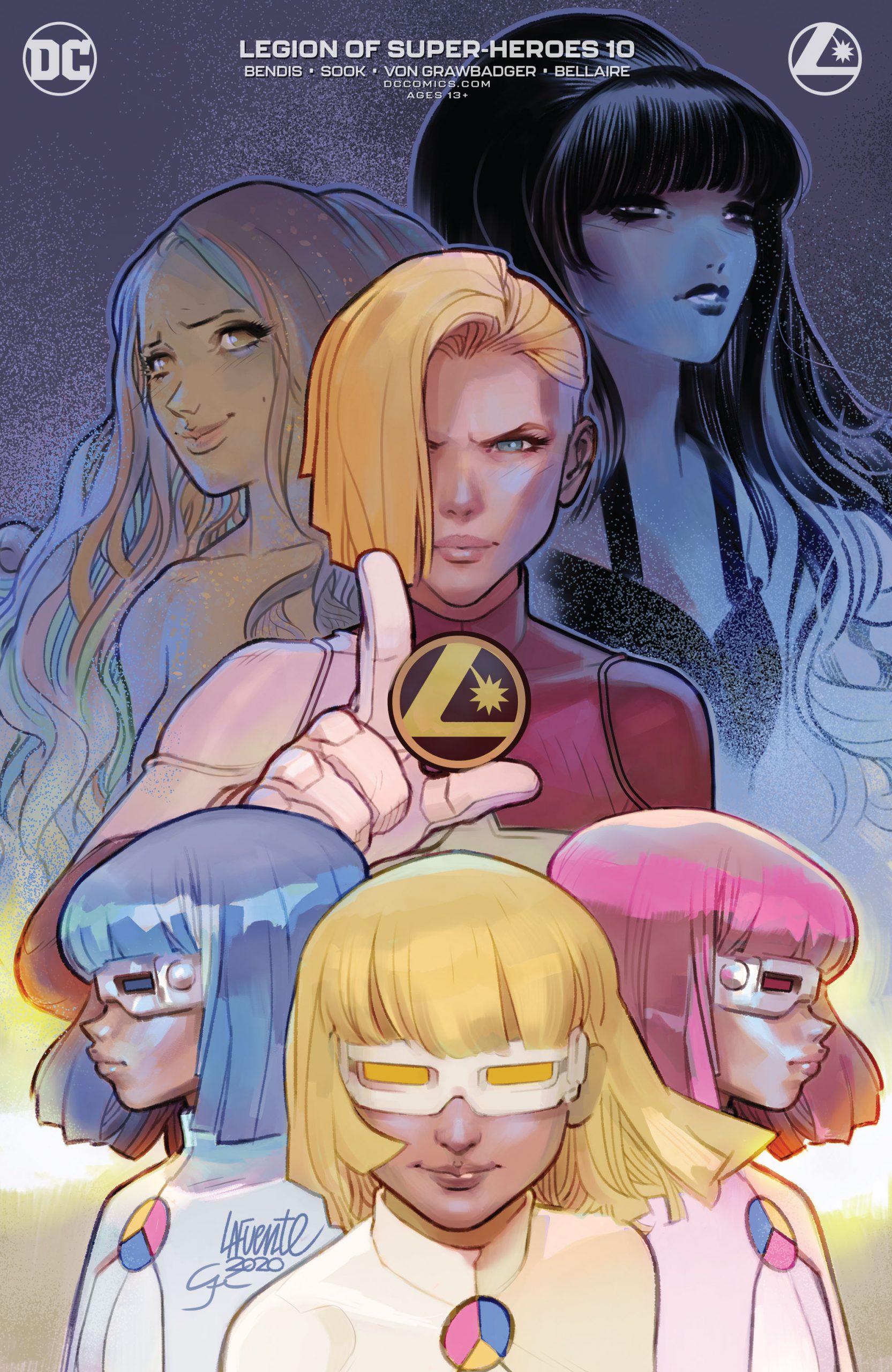 Welcome to the 31st century and Legion of Super-Heroes #10!

A grudge that has endured 1,000 years! The unstoppable behemoth Rogol Zaar has survived the millennium to haunt Jonathan Kent where he least expected it! It’s a menace so terrible, that the Legion of Super-Heroes may not survive. Was this the challenge Brainiac 5 predicted? Is the Legion up to the task? Plus, who’s dating whom in the 31st century? Another searing chapter in the far-flung future of the DC Universe, courtesy of Bendis, Sook, and von Grawbadger!

Finally Bendis breaks his formula of presenting the story… well, sort of.

Ryan Sook delivers some of his best art, as the change of scenery reminds one of a Guardians of the Galaxy movie. The scene changes from planet to planet work really well, as you see the Xanthu, or Planet Gotham, or New Krypton, displayed at the top of each play, in both English as well as the native spelling for each planet’s language.

While we do see The Karate Kid used as a “as seen on the last episode of…” device to catch the reader up, we hope that eventually Bendis won’t resort to using this every single issue.

You’re Inside My Head!

Ahh… puppy love; Saturn Girl and Jonathan Kent… what a pair! Sook’s pencils are so sharp and precise when displaying their hand holding, their eyes looking at each other, and the golden glowing onion rings? Who eats onions on a first date? These two… sigh!

The question is, is there another romance budding on Earth? Ayla Ranzz and Brainiac, perhaps? These are, after all, young kids alone, and out there saving the world(s).

Kala Lour/The Gold Lantern takes the forefront in questioning the Elders about the status of his selection, the job he’s doing, and more importantly, the approaching “darkness”. With all the Perpetua and Batman Who Laughs drama going on, can it be as far reaching as the 31st century? 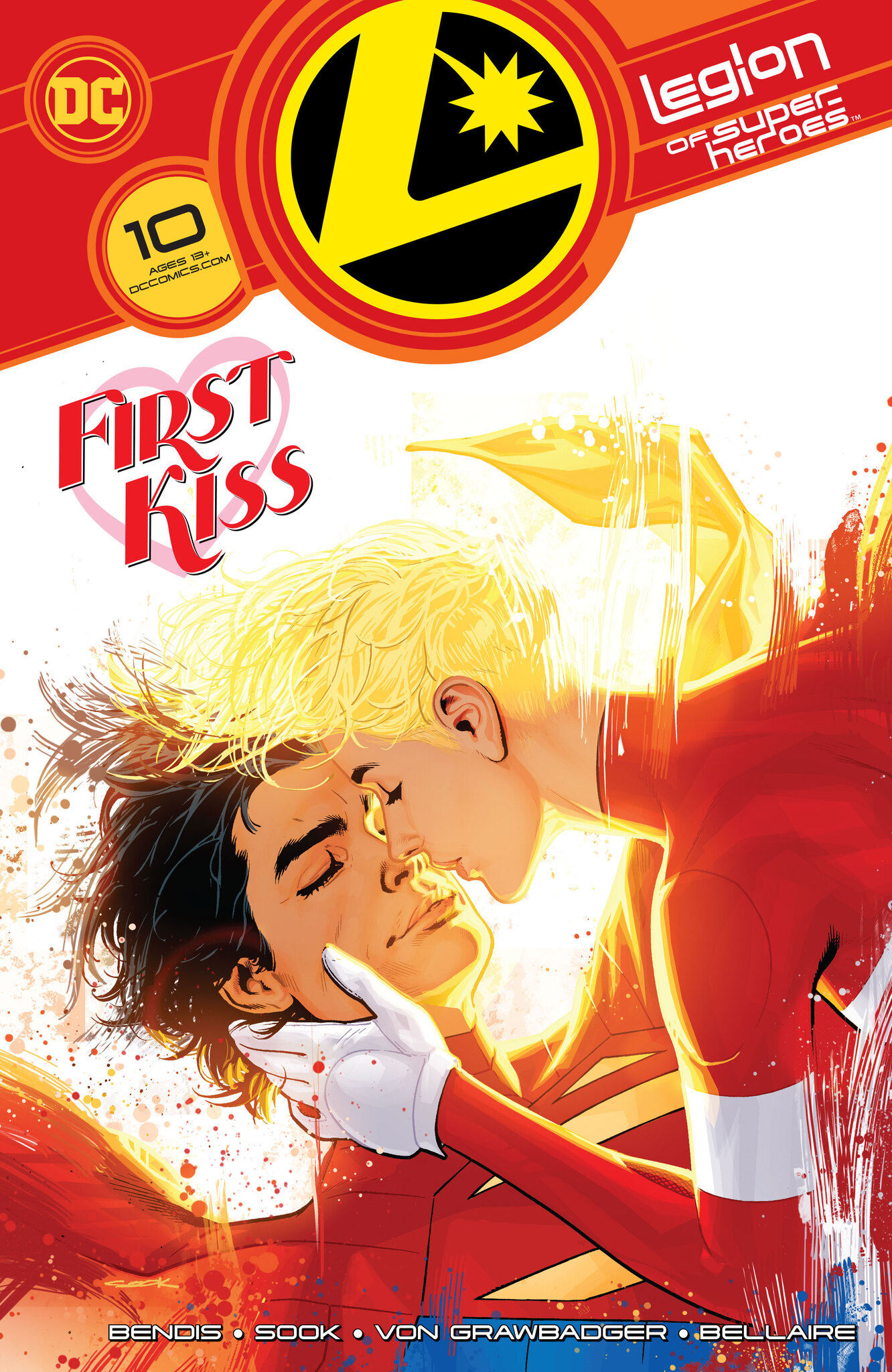 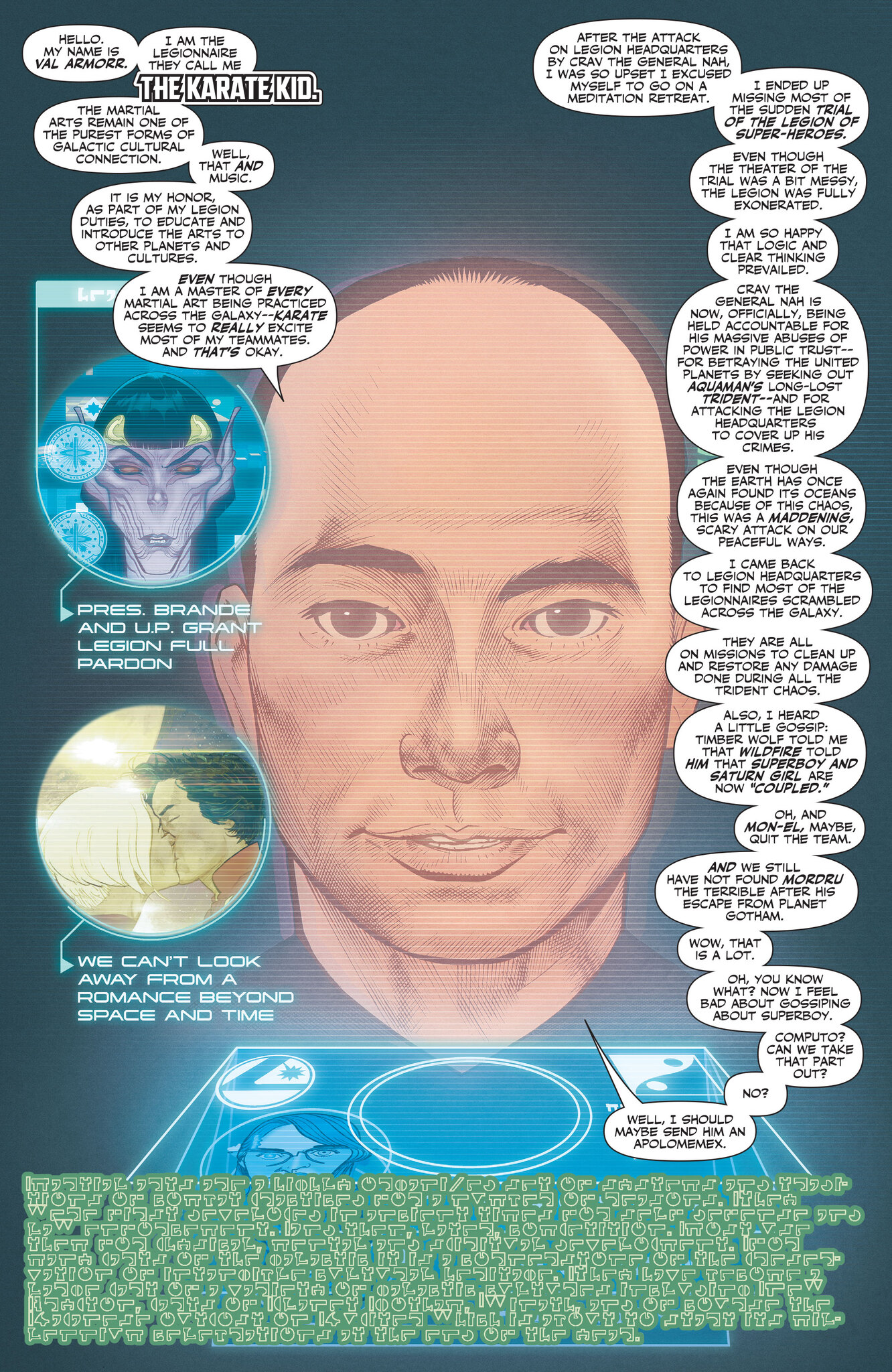 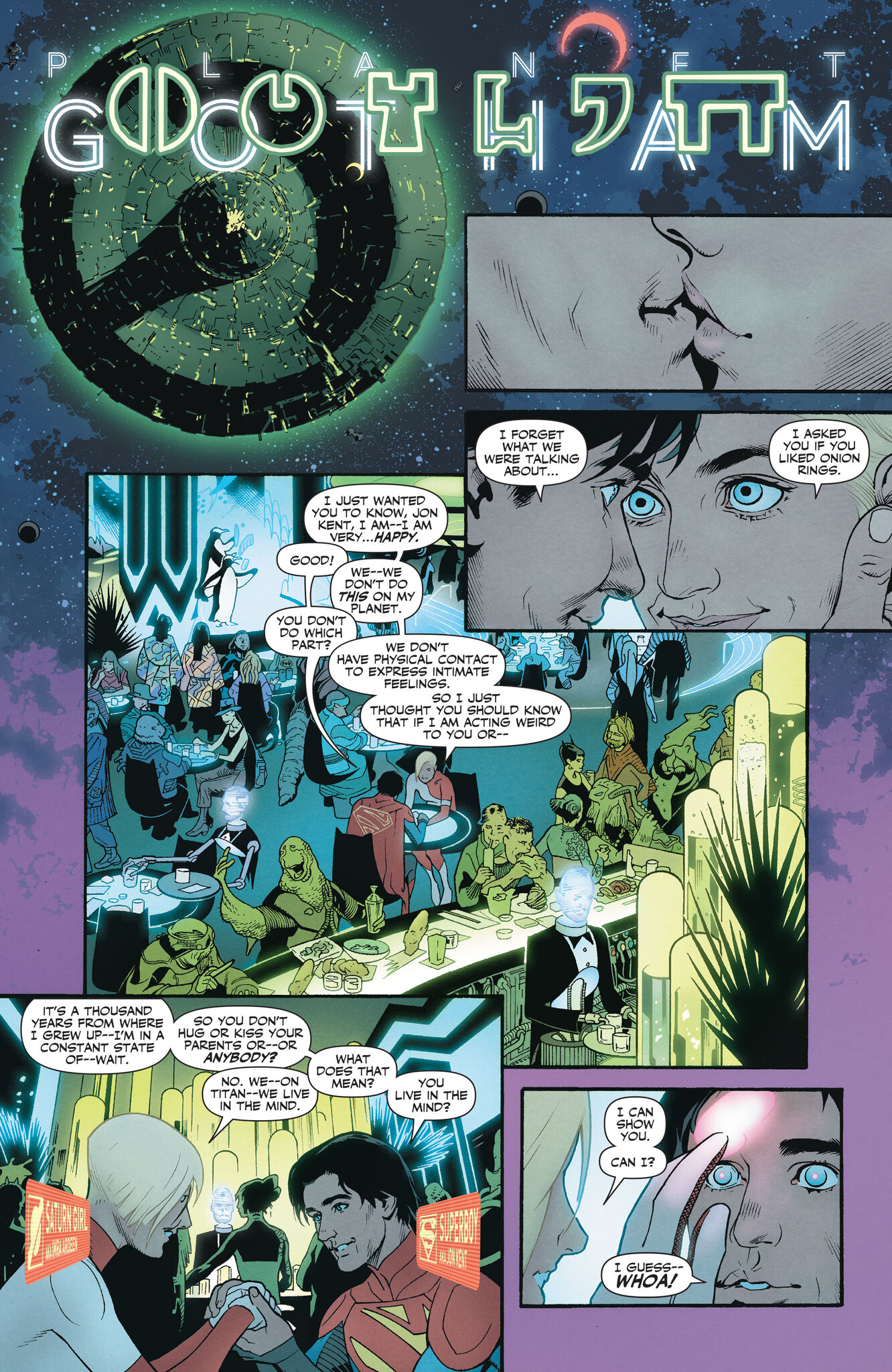 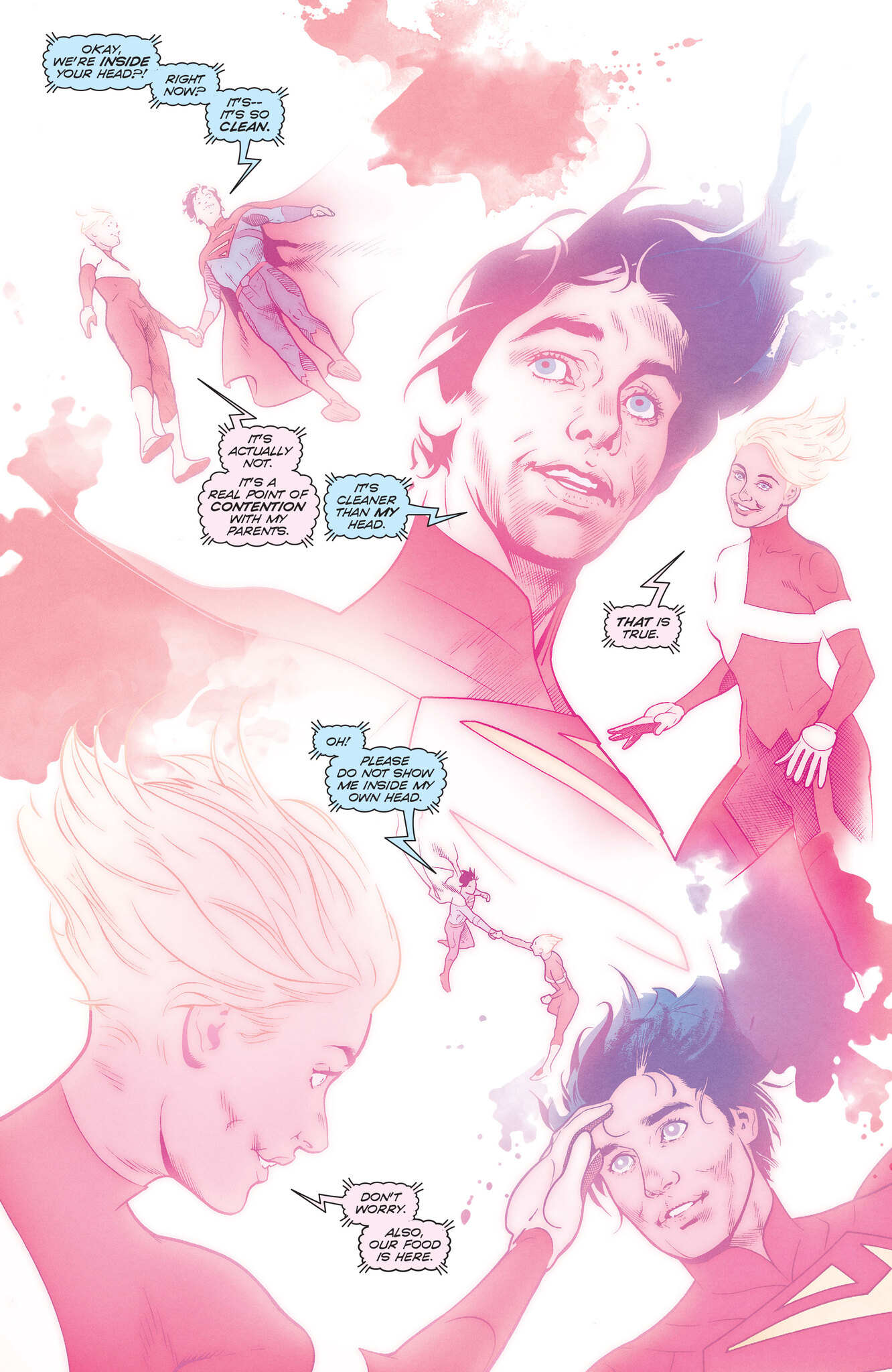 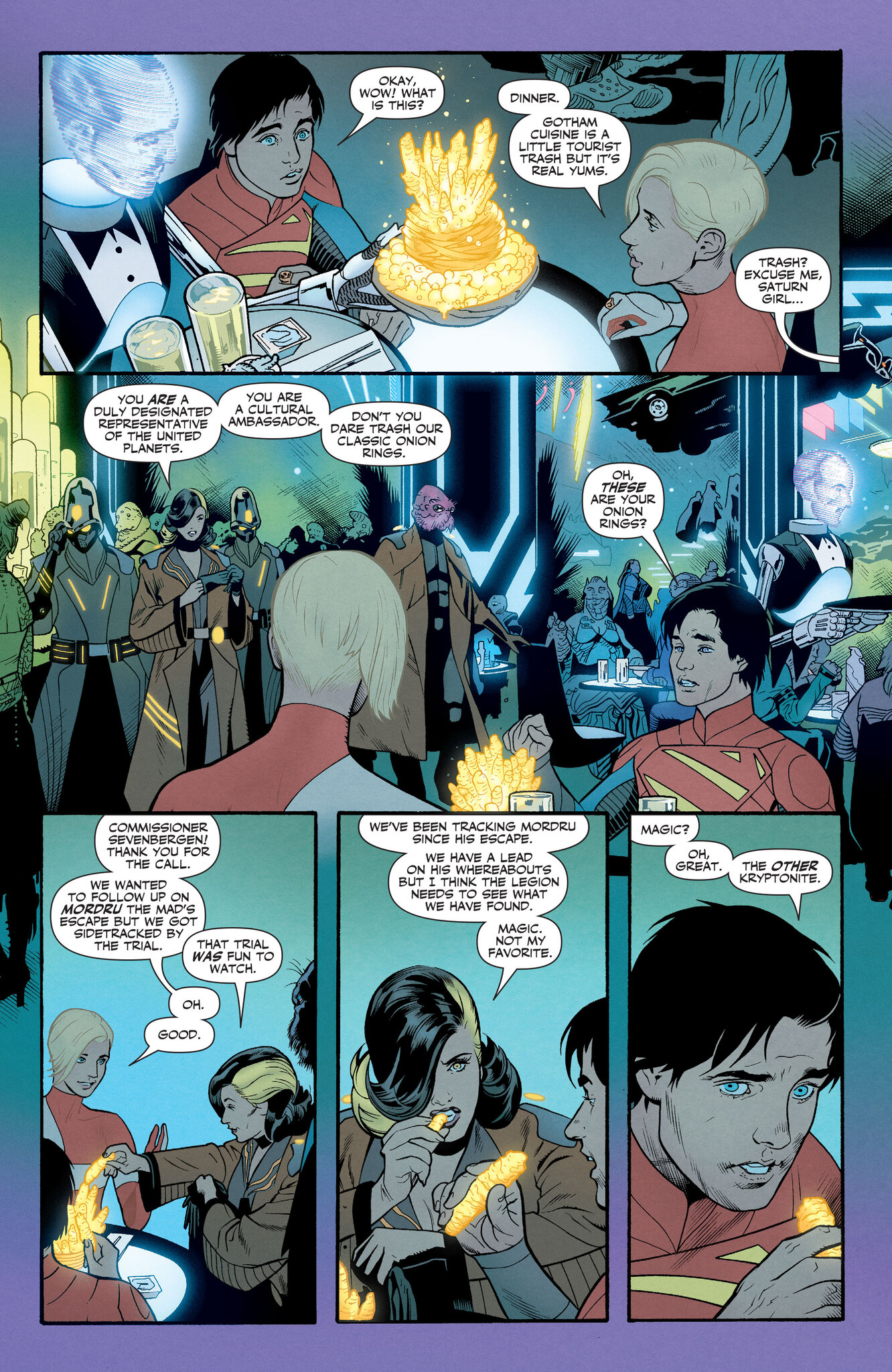 Why does Sook draw Zod as Marlon Brando? Why is there a Kryptonian that looks like Colossus? What’s going on with Mon-El. Is it jealousy?  It sure seems so, but there’s something more going on with him and his disdain for Superboy.

That’s Not in the Manual…

Rogol Zaar… from the pages of Superman

This doesn’t look good at all for the Legion.

As someone who’s simply taking the story as a whole, Bendis has done a better job of “clustering” the Legion members in this issue. Be it romance, learning or simply posturing and investigating, this issue had a better flow than the travesty of the “trial’ that was presented in the previous issues.

Not sure about the Legion history and the impending darkness, however, the introduction of a Krypton killer such as Rogol Zaar seems to be Bendis’ last ditch effort to make this villain as iconic as Zod or Doomsday. Time will tell.