“Rise of the New God”  and   “The Weight Of Leadership” 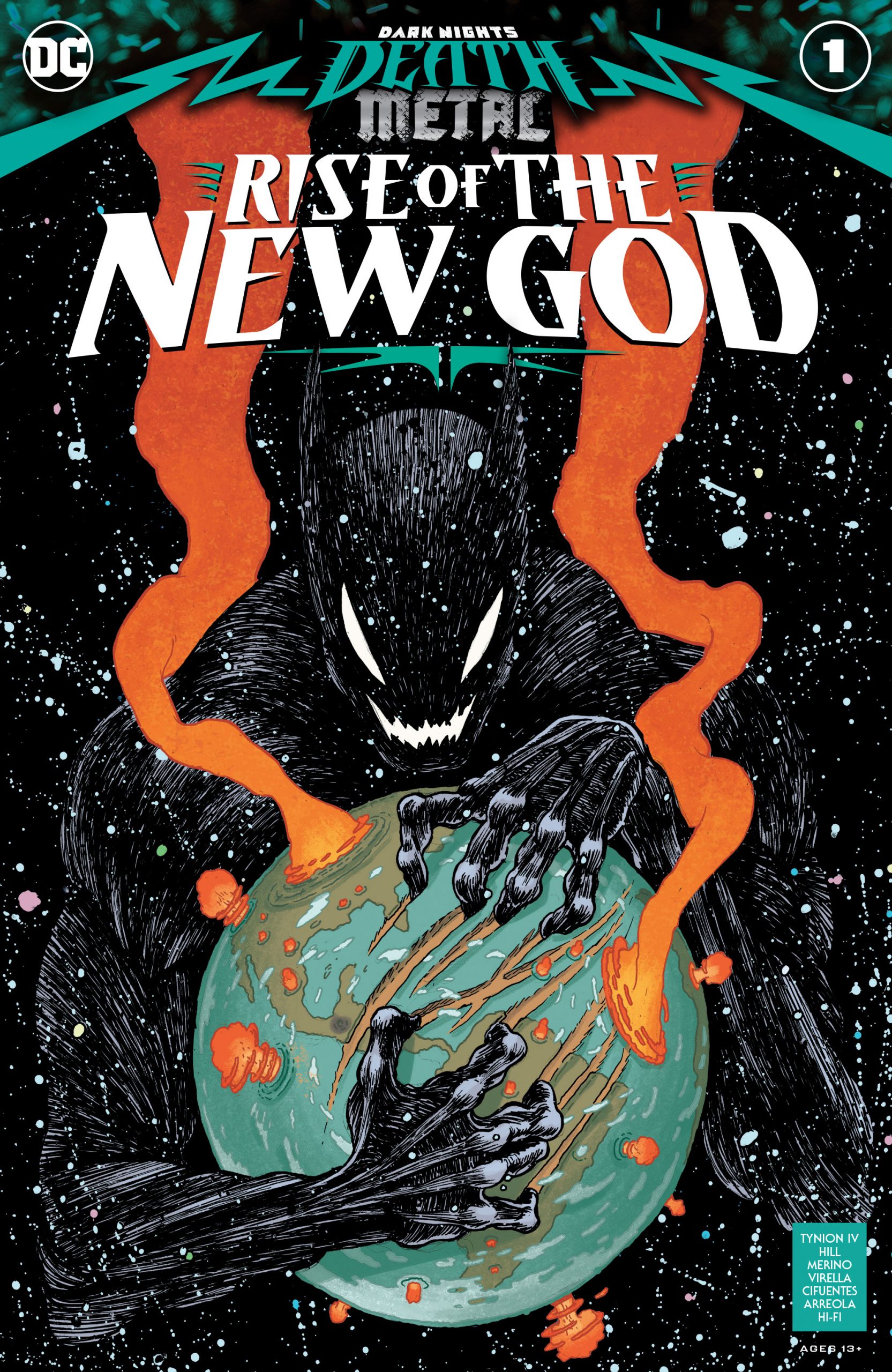 The Batman Who Laughs is no more. Sadly, that’s actually really bad news, as he has now absorbed the power of a Bruce Wayne who became Doctor Manhattan. This has made him virtually omnipotent, and transformed him into the Darkest Knight. Now, in Dark Nights: Death Metal – Rise Of The New God, the villain is taking the battle straight to Perpetua. One cosmic powered evil is about to throw down with another, with the entire multiverse at stake!

This kind of universes shattering cosmic craziness isn’t everybody’s cup of tea, but when the world is all doom and gloom sometimes this kind of entertainment feels like a ray of sunshine. Also, for anyone who grew up reading Golden and Silver Age comics, some of this stuff is positively tame! Plus, it’s cleverly written, and beautiful to look at. 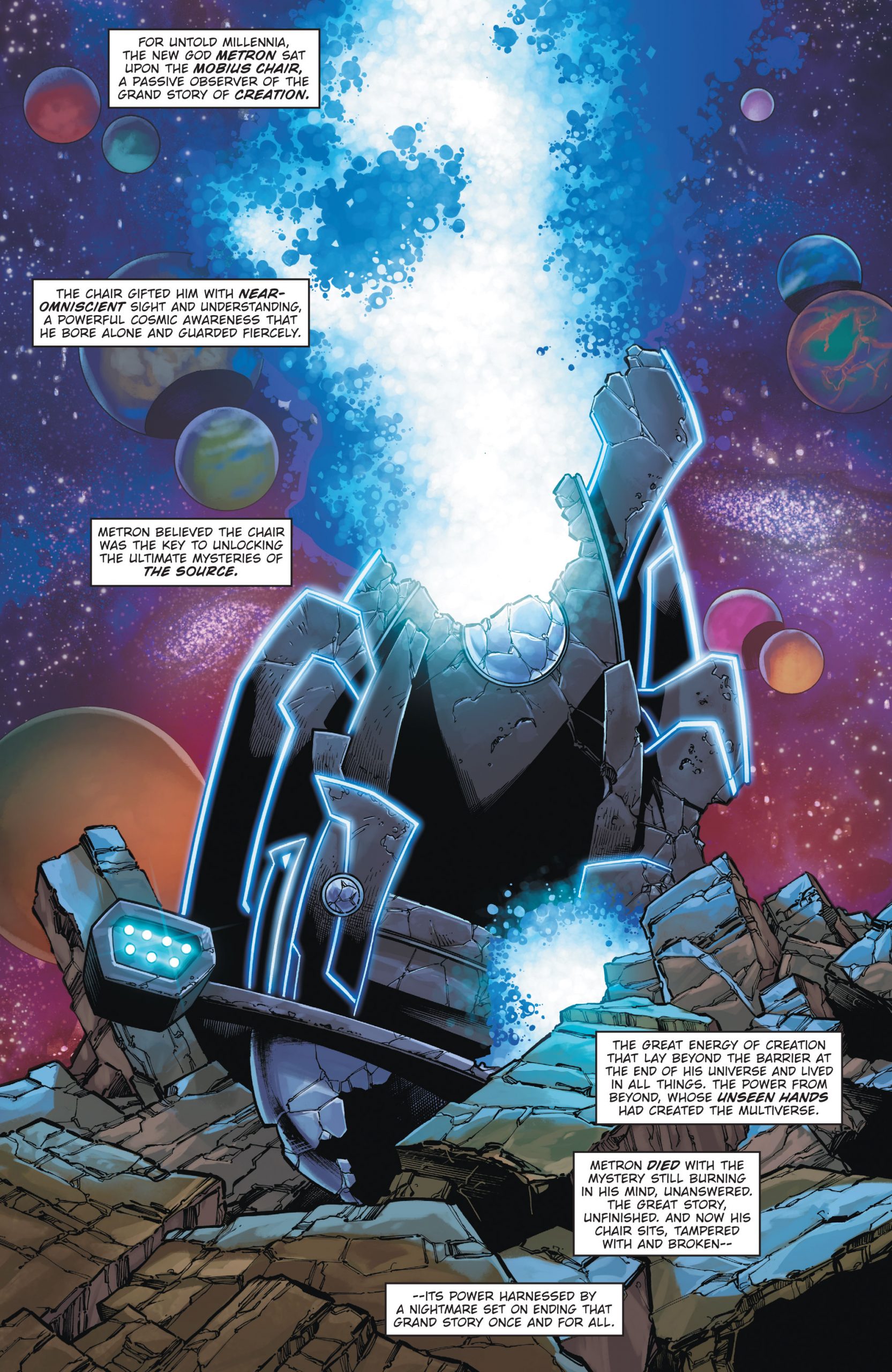 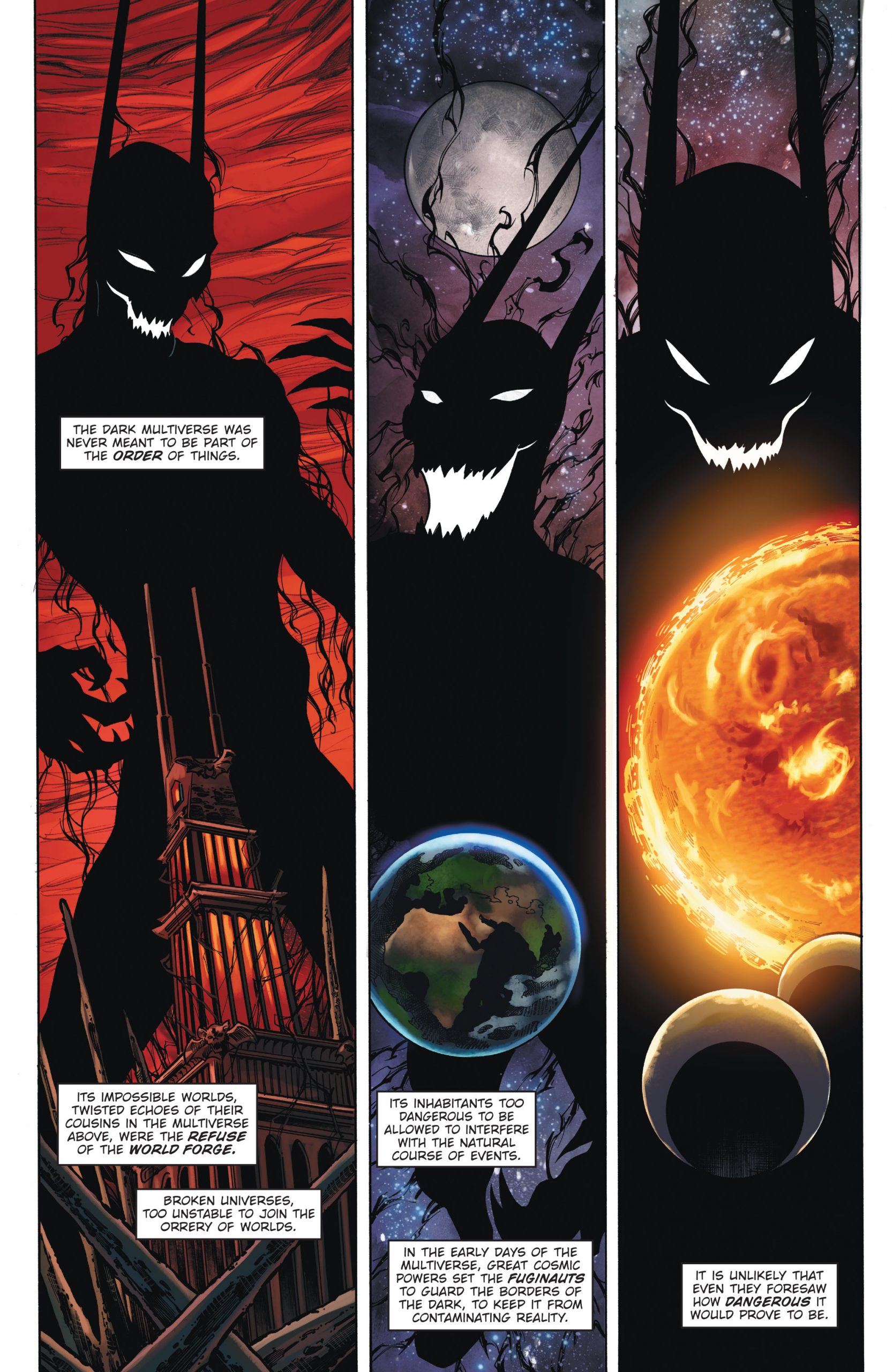 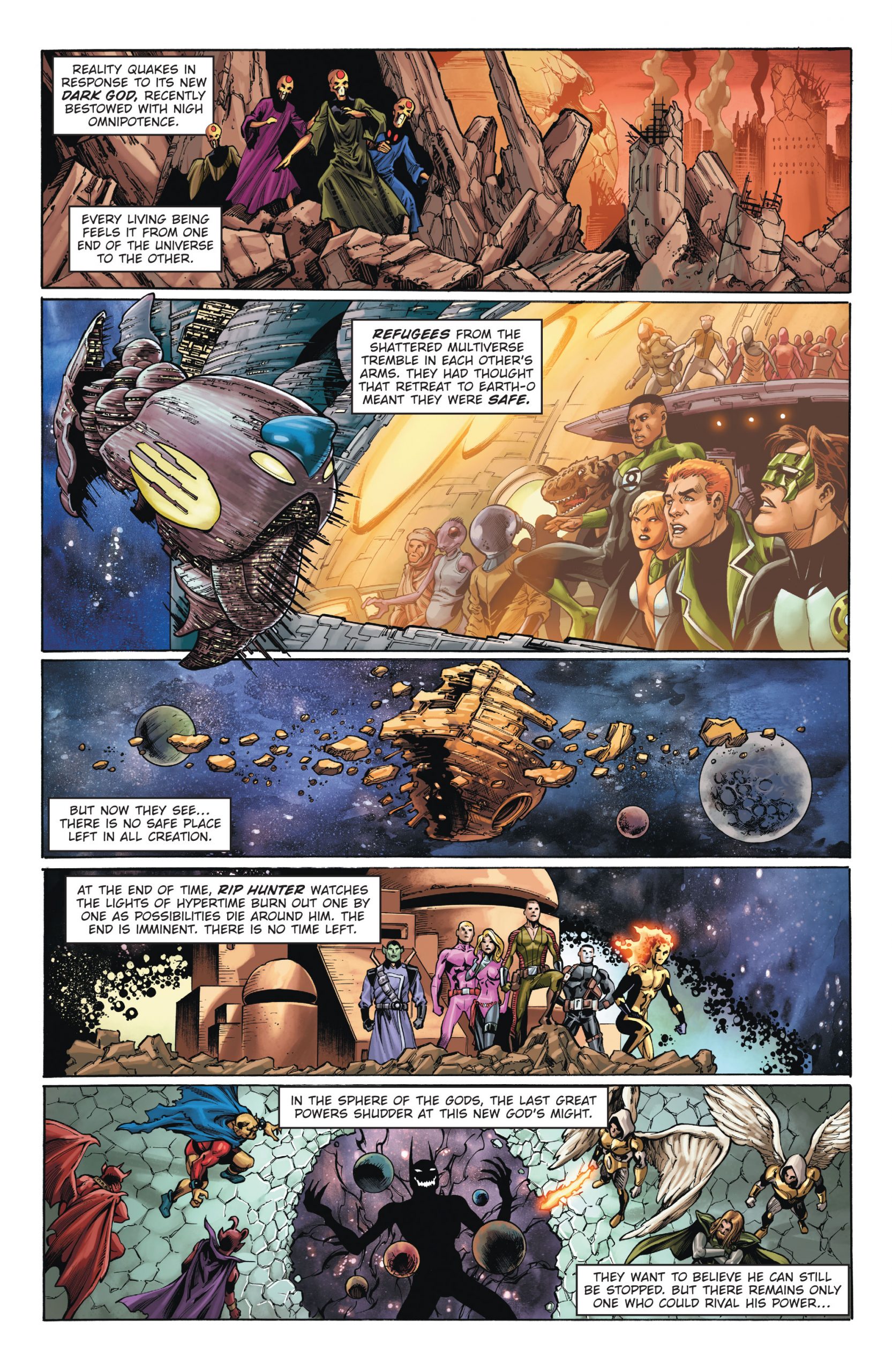 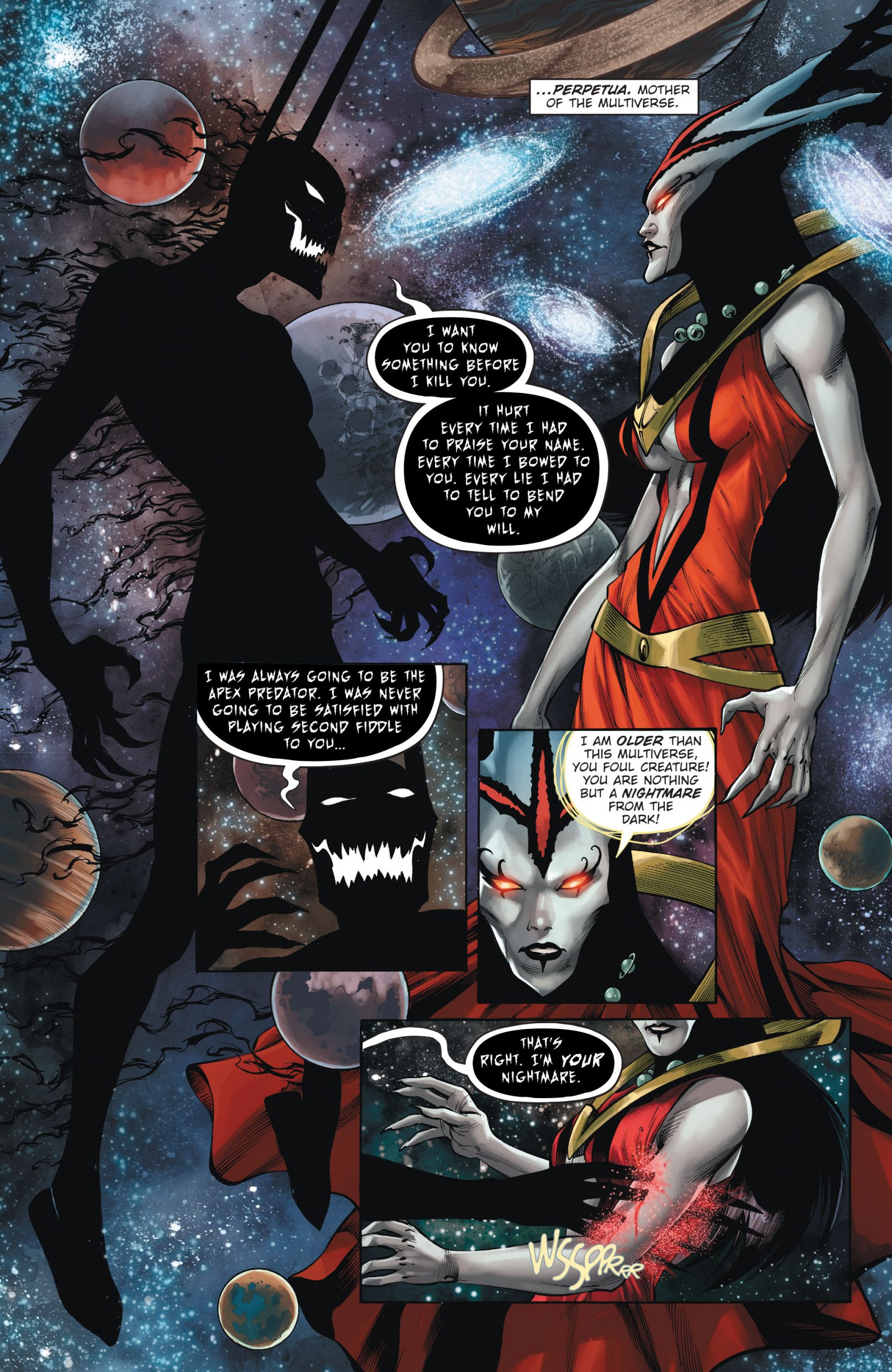 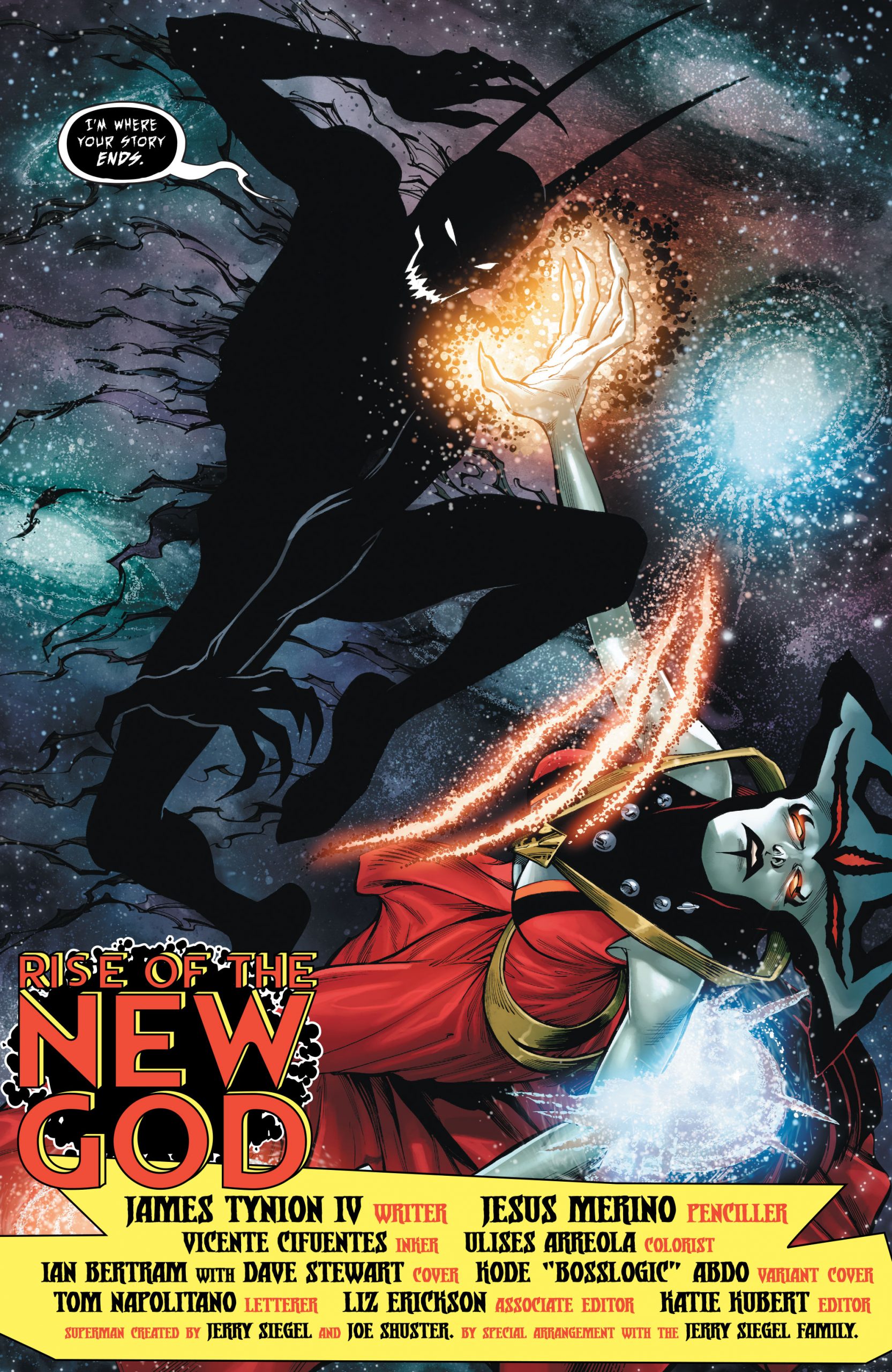 Stars, and Planets, and Lanterns… Oh, My!

Dark Nights: Death Metal – Rise Of The New God gives us two giants, smacking each other around the head with planets, which proves too much for some characters to handle. The introduction of new protagonist the Chronicler, is a welcome one, as he’s trying to make sense of all this, the same way we are. James Tynion writes him, while Jesus Merino, Vicente Cifuentes and Ulises Arreola illustrate him, beautifully. He comes across as a grumpy cosmic tax inspector trying to take stock, and it’s absolutely hilarious.

In the backup story we get a veritable gaggle of Green Lanterns, which is something I always look forward to. While the main tale is all gigantic interstellar insanity, the smaller story is all about heart, character and camaraderie. Nik Virella and Hi-Fi draw a lovely, down to Earth story – featuring cosmic coppers – written lovingly by Bryan Hill. The ending left me grinning from ear to ear.

Is this issue high art? No, but that’s what we have stuff like Three Jokers for. What it is, is fantastic fun! The action is beyond awesome, and it’s full of characters we both love, and love to hate.

This is vintage comic-book entertainment; the kind I grew up with, and the kind that will help make youngsters the fans, and creators, of tomorrow.