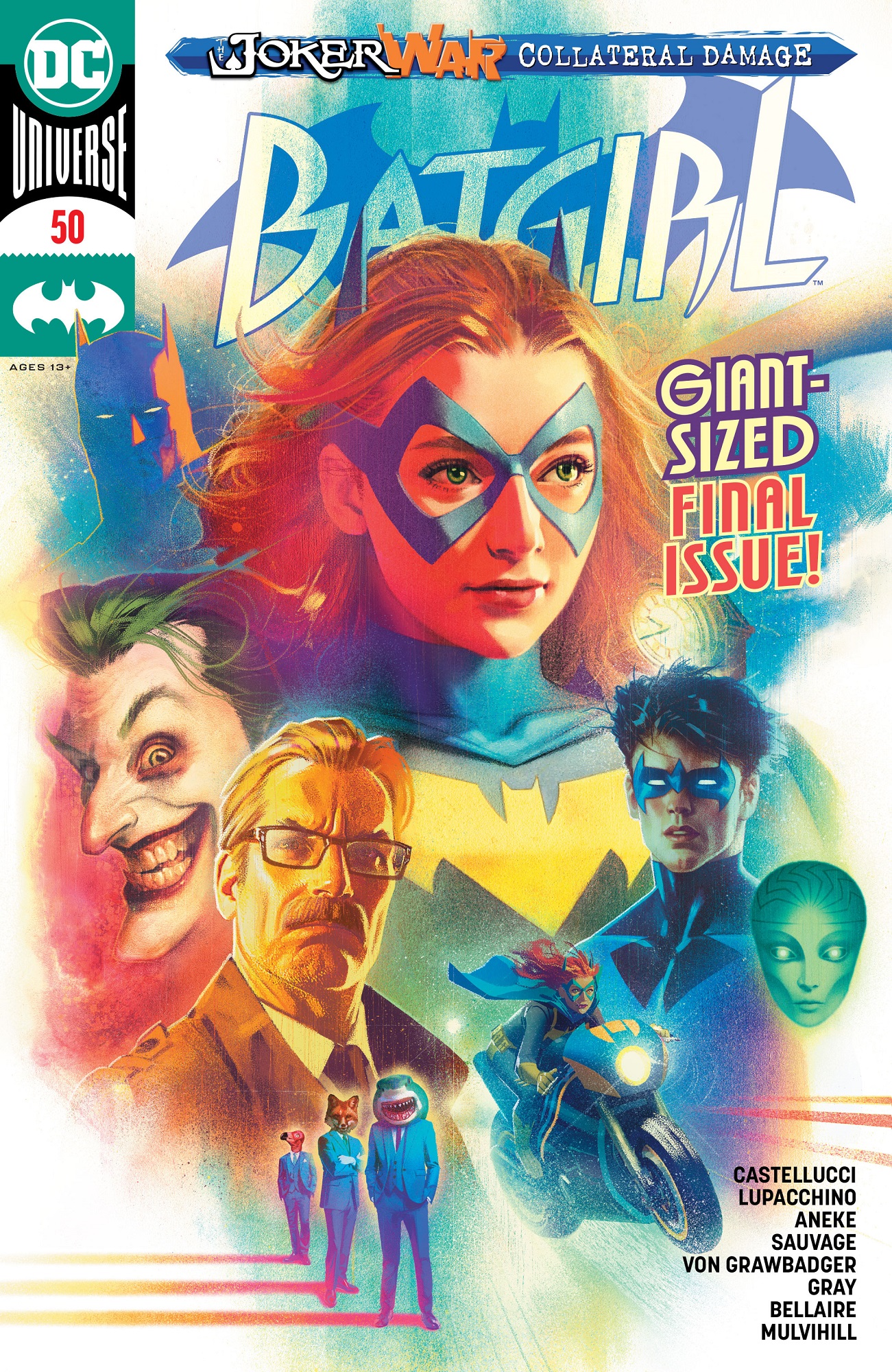 Ryan Wilder, the new Batwoman, will be making her comic book debut before she hits our screens in Batwoman season 2!

DC Comics have sent us a teaser of the upcoming Batgirl #50, which will be the final issue of the series. Writer Cecil Castellucci has being doing great things on this title, and this finale looks like it will be an absolute blockbuster!

Who is Ryan Wilder, how does her fate become intertwined with those of Barbara Gordon, and Kate Kane? Will her comic-book counterpart also be getting a cool new black and red Batmobile? Only time will tell.

Check out the full press release, and some great art:

One thing ends, another begins. It’s hard to think of a better example of that old maxim than next week’s Batgirl #50, the extra-sized final chapter of Barbara Gordon’s ongoing series. Kicking off in 2016 as a part of DC’s line-wide “Rebirth,” Batgirl has seen its hero leapfrog from the high-tech, click-savvy world of Burnside (home of Barbara’s now-iconic purple and gold costume) back to the mean streets of Gotham proper, where she’s tangled with the likes of the Terrible Trio, KGBeast and her own former identity, Oracle. However, it’s been Batgirl’s two most recent confrontations that have been her most shocking. Having narrowly survived a second brutal attack by the Joker in the midst of his war on Gotham, Babs found herself once again at odds with her not-quite-rehabilitated brother – a confrontation that led to James Gordon, Jr’s death, seemingly at Batgirl’s hands. 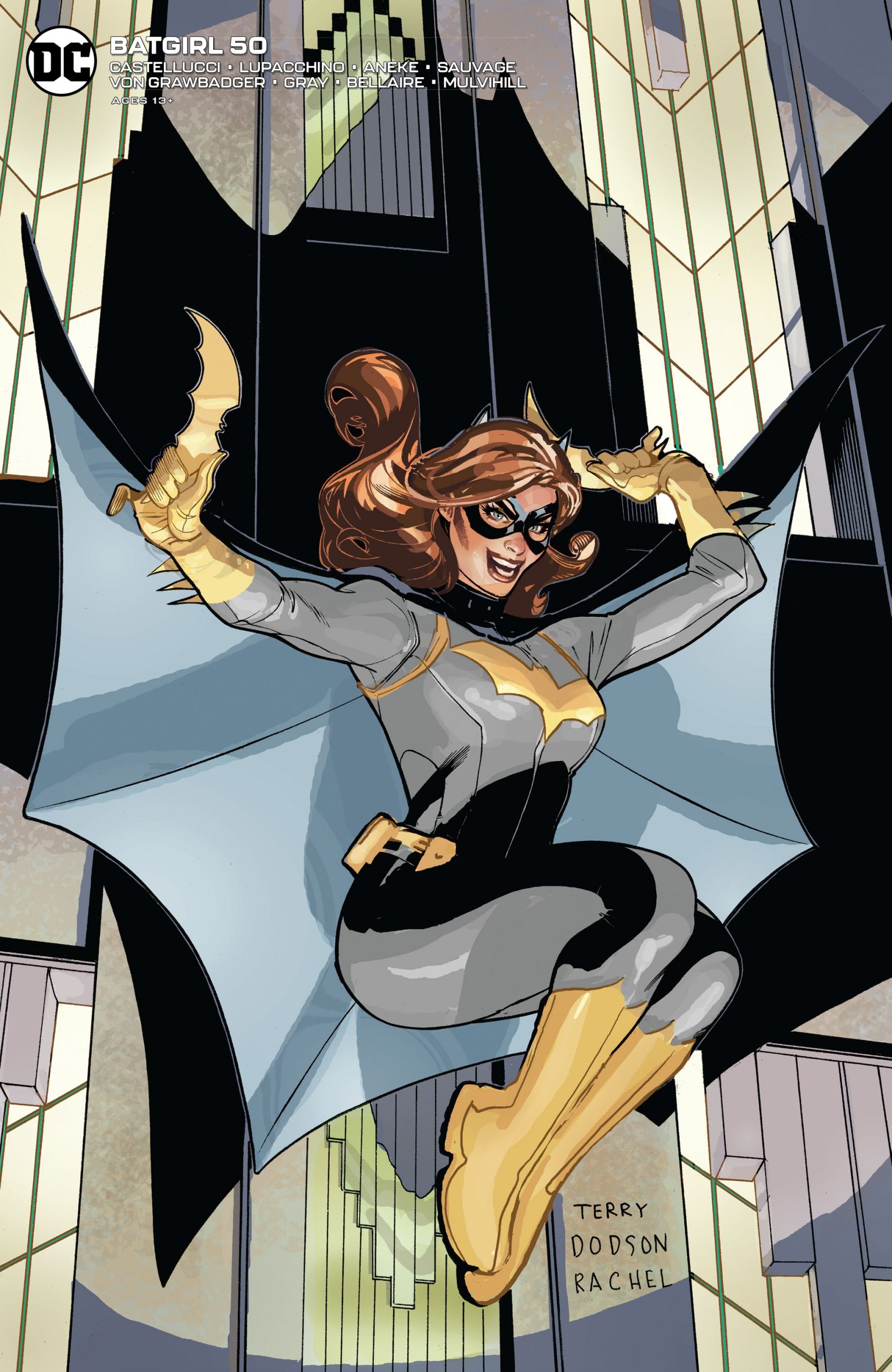 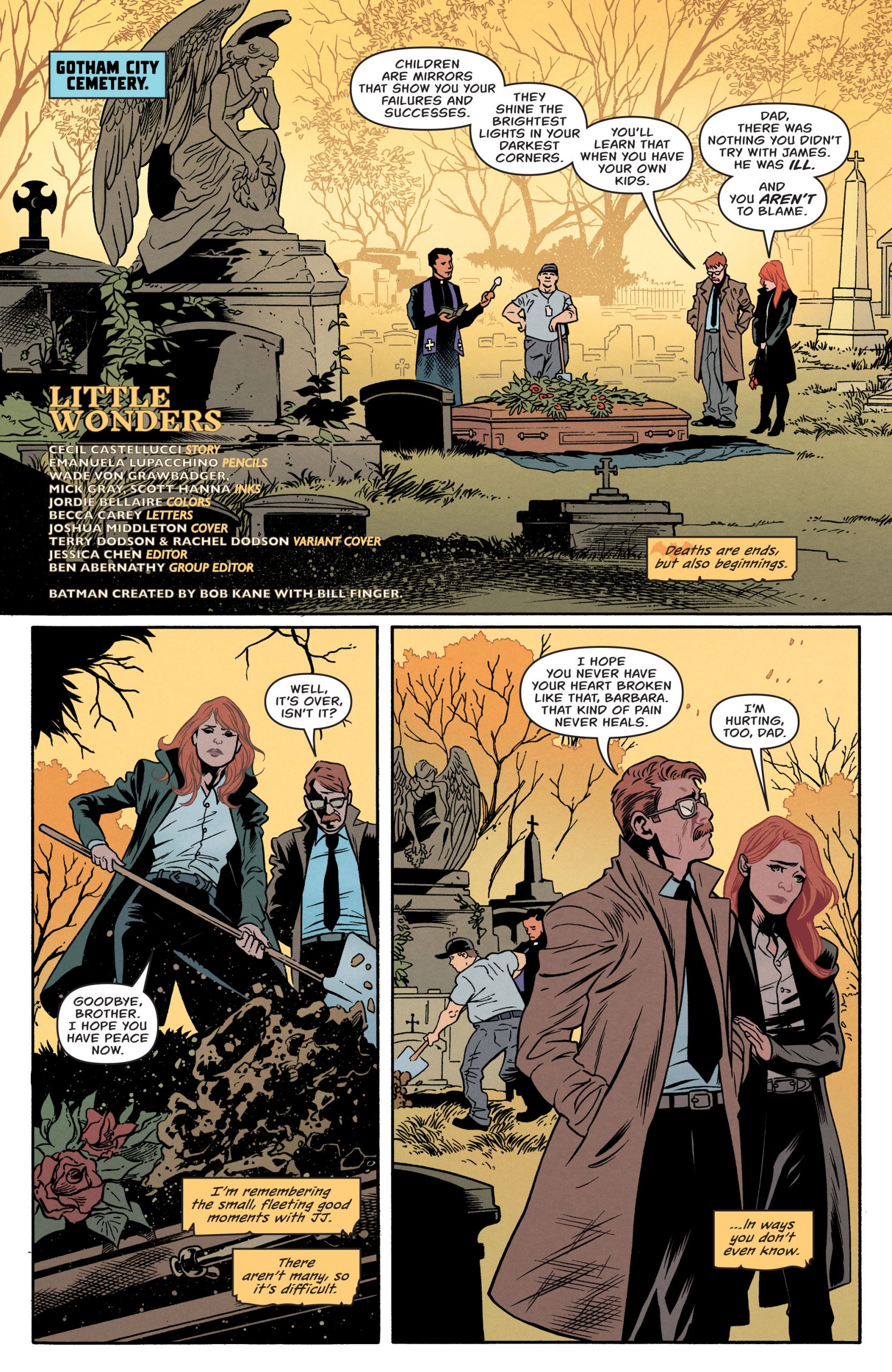 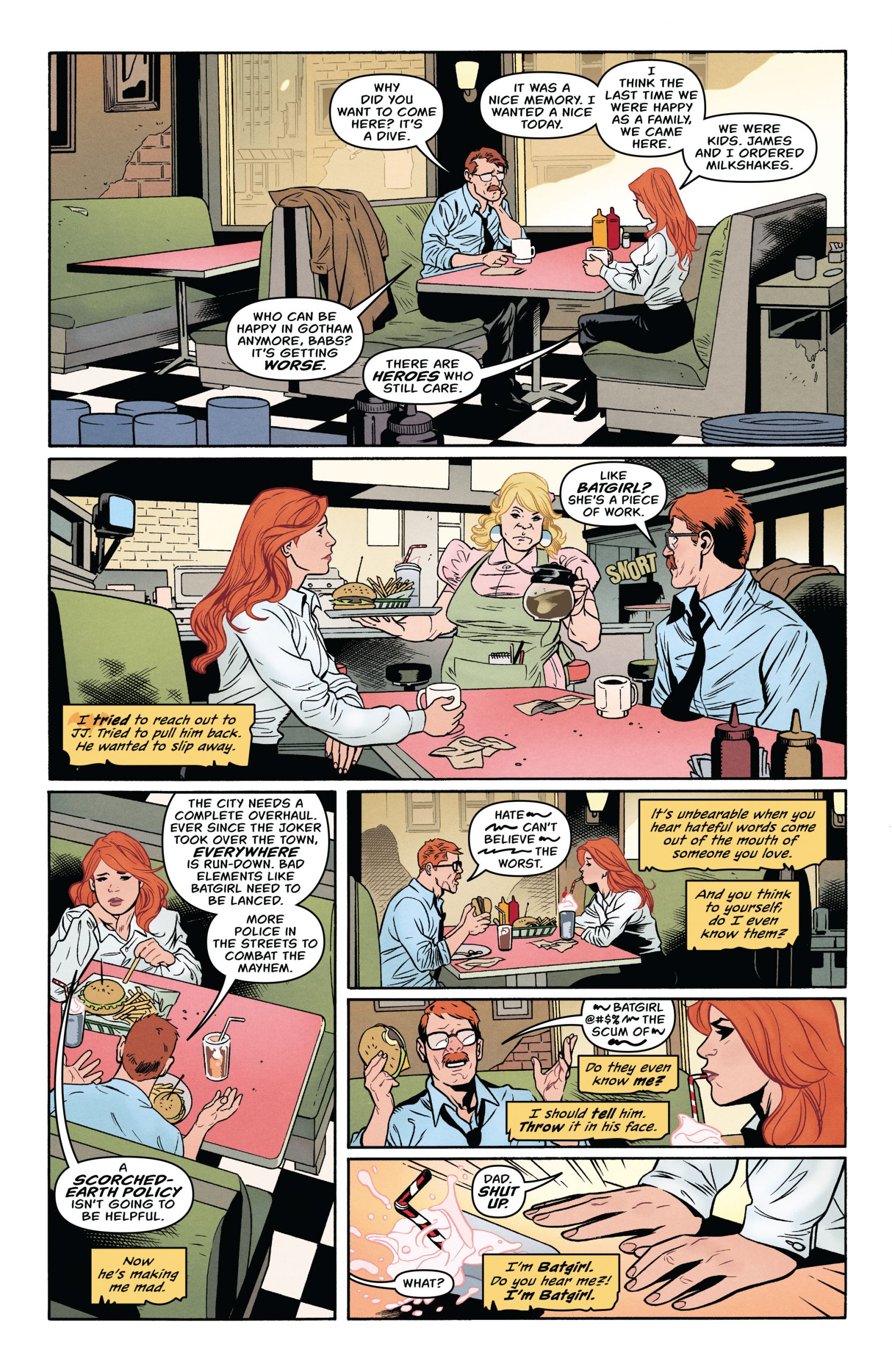 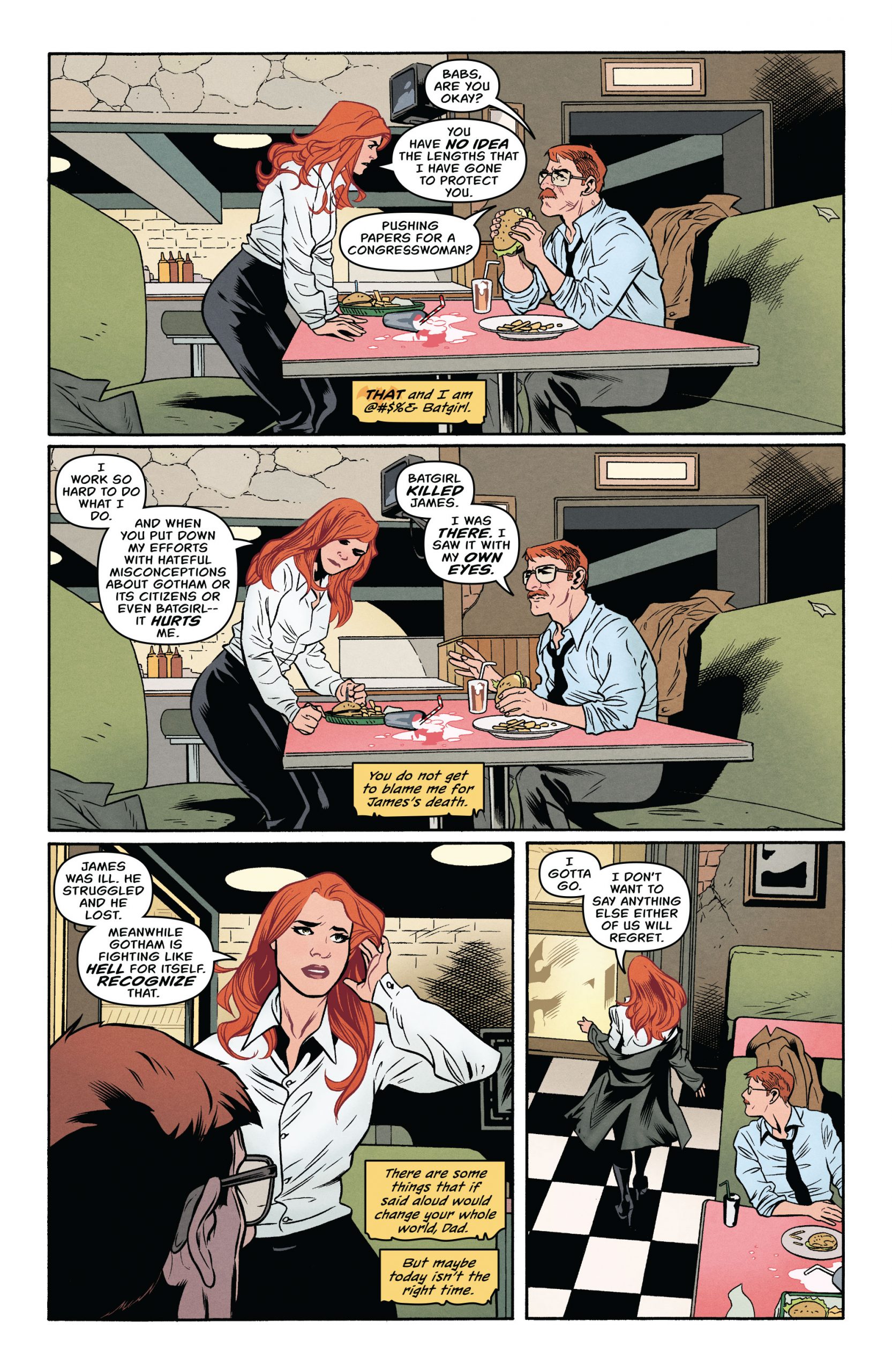 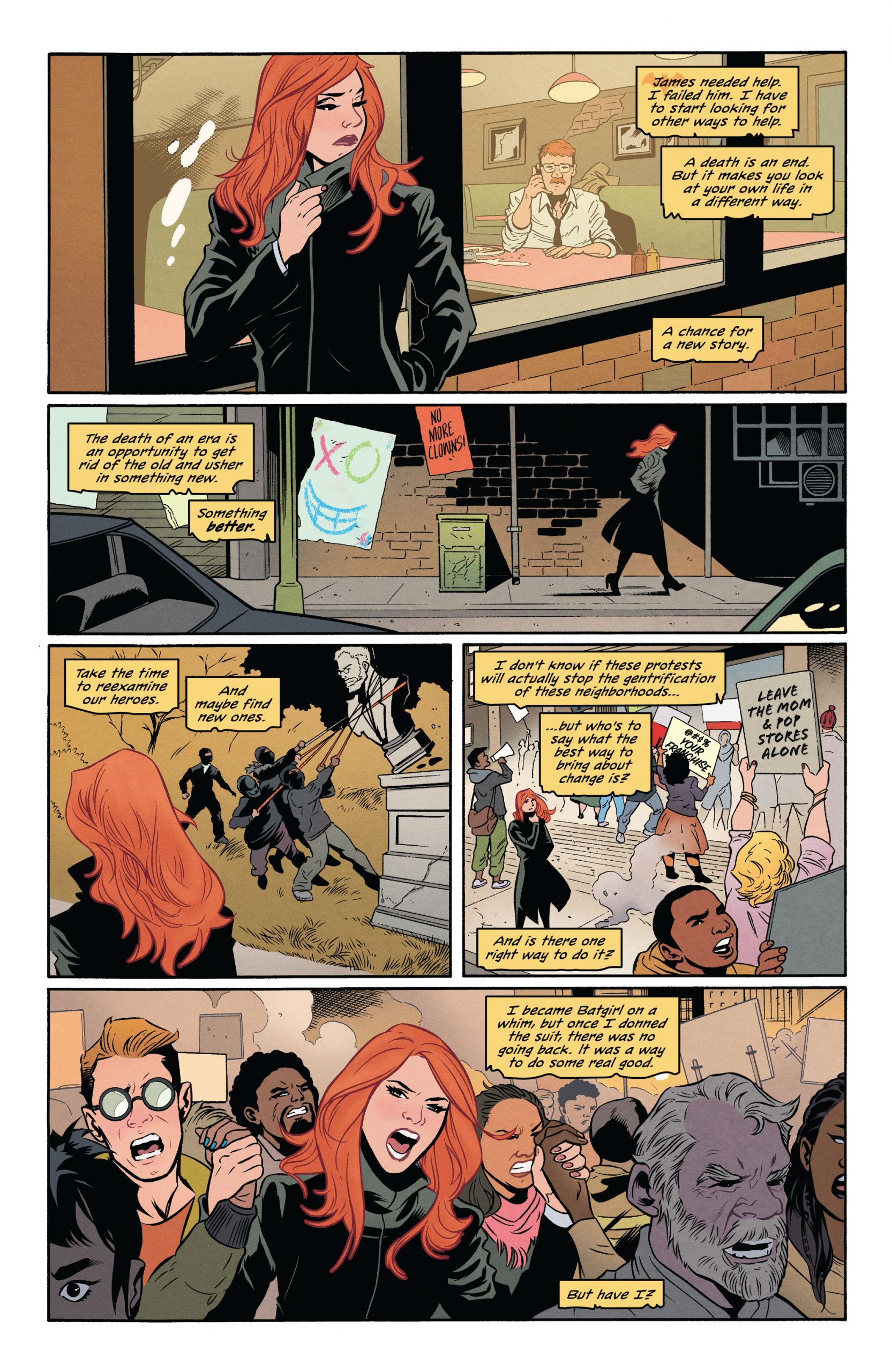 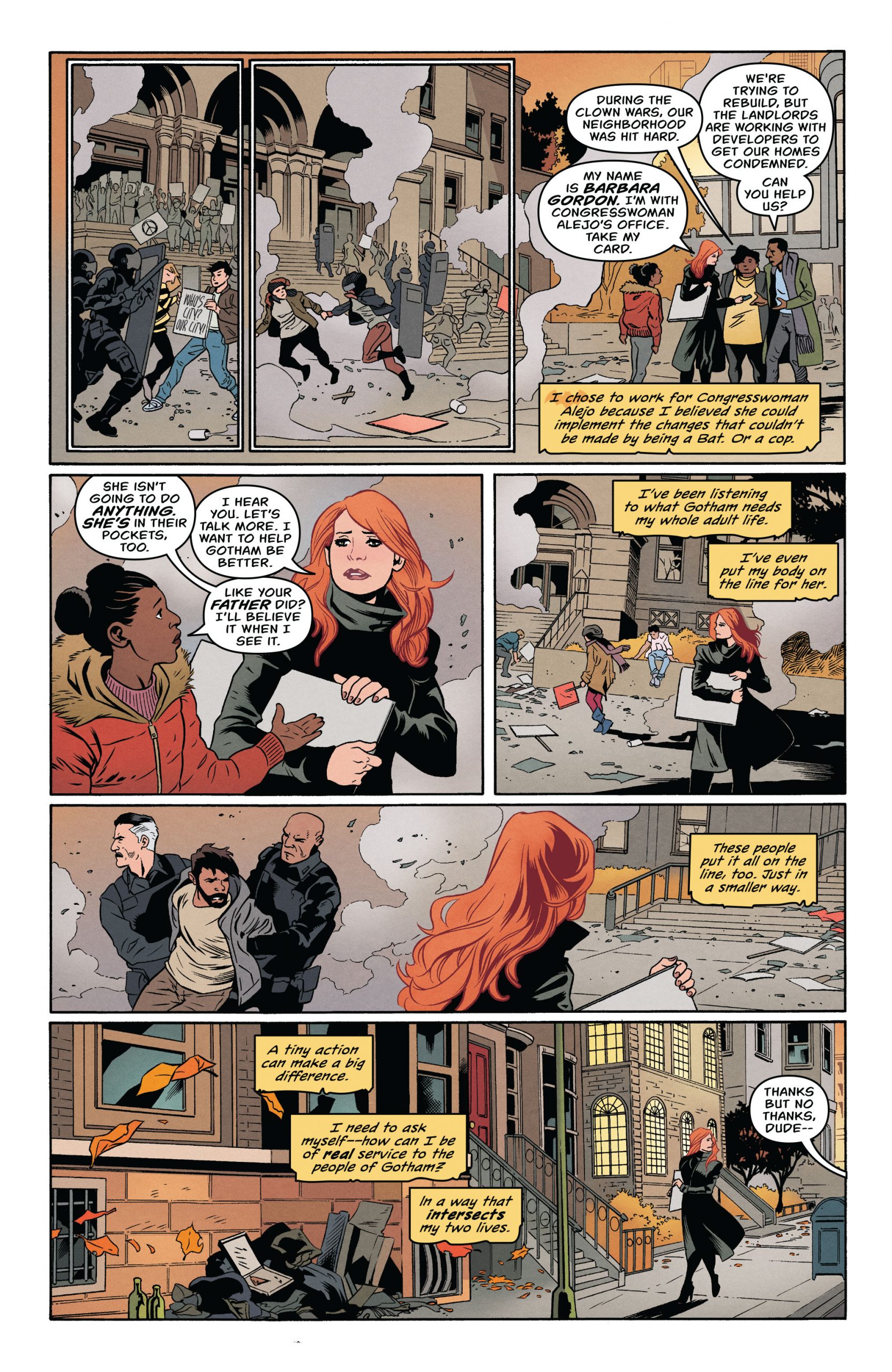 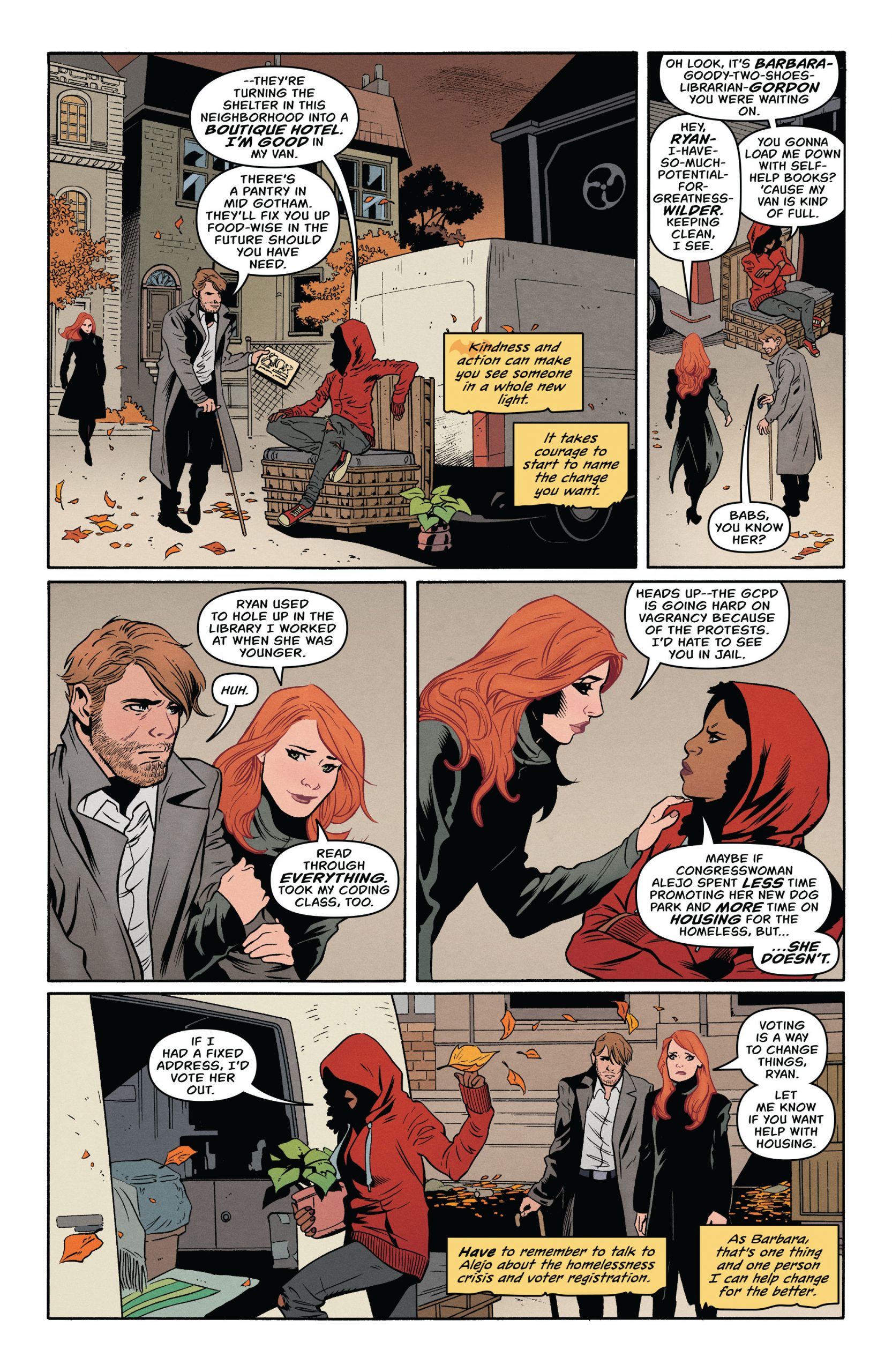 We won’t know whether Barbara’s story ends happily until next week, but while her tale nears its finish, another young hero’s story is just beginning.

Ryan Wilder, an all-new DC character, who will be played by Javicia Leslie on TV, will soon make her live action debut on The CW’s Batwoman, as she takes on the title role after the original Batwoman, Kate Kane, goes missing. However, if you’re curious when you might be seeing Wilder in the comics, the answer is…pretty much right now. You can catch the scrappy hero-to-be’s first comic book appearance in Batgirl #50 – and in our exclusive first look at the issue.

Drawn by the amazing Emanuela Lupacchino, Wilder comes out kicking – figuratively – as she let’s Barbara know exactly what she thinks of her boss, Congresswoman Alejo. It’s a powerful moment reminding us that, even though Batgirl may be stepping out of the spotlight for a while, there are plenty of would-be heroes more than ready to meet this moment standing in the wings.

Be sure to check out our interview with Batgirl writer Cecil Castellucci on the DC Comics News Podcast!

The extra-sized Batgirl #50 by Cecil Castellucci, Emanuela Lupacchino, Marguerite Sauvage and Aneke is in stores and available digitally on Tuesday, October 27.