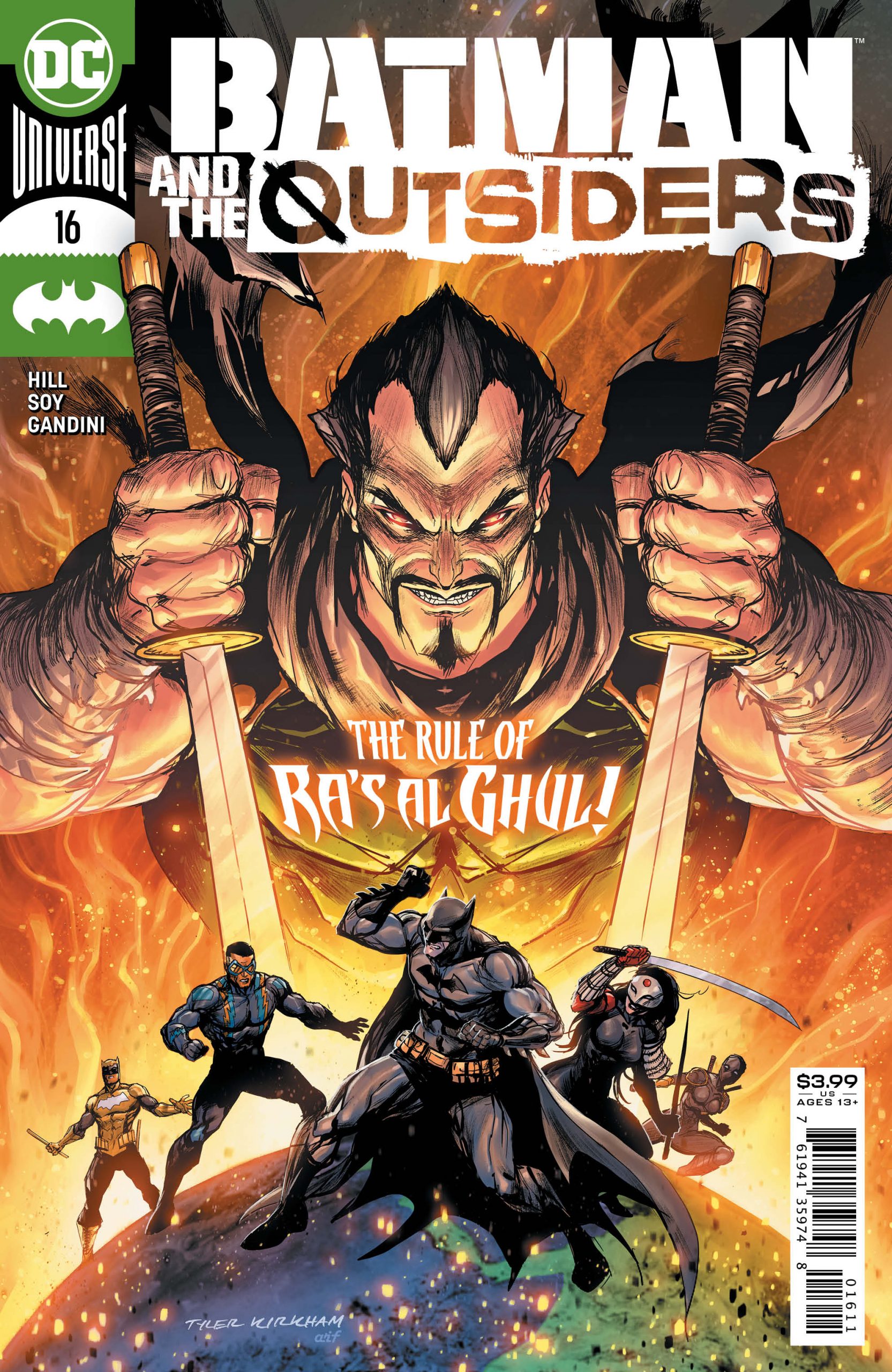 Batman And The Outsiders #16 is the penultimate issue in this run. I have to say that I’m very surprised, as I’ve really enjoyed it, but when I see other titles, like Batgirl, Harley Quinn, and the wonderful Hawkman also coming to a close, nothing should really surprise me.

This issue sees the climax of the battle between this great new team, and the immortal Ra’s Al Ghul. Over the last year and a half we’ve been treated to some great Bryan Hill dialogue, wonderful teenage characters coming of age, and two of my favorite, lesser known, and grossly underrated DC characters (Black Lightning and Katana) being treated with well deserved respect. 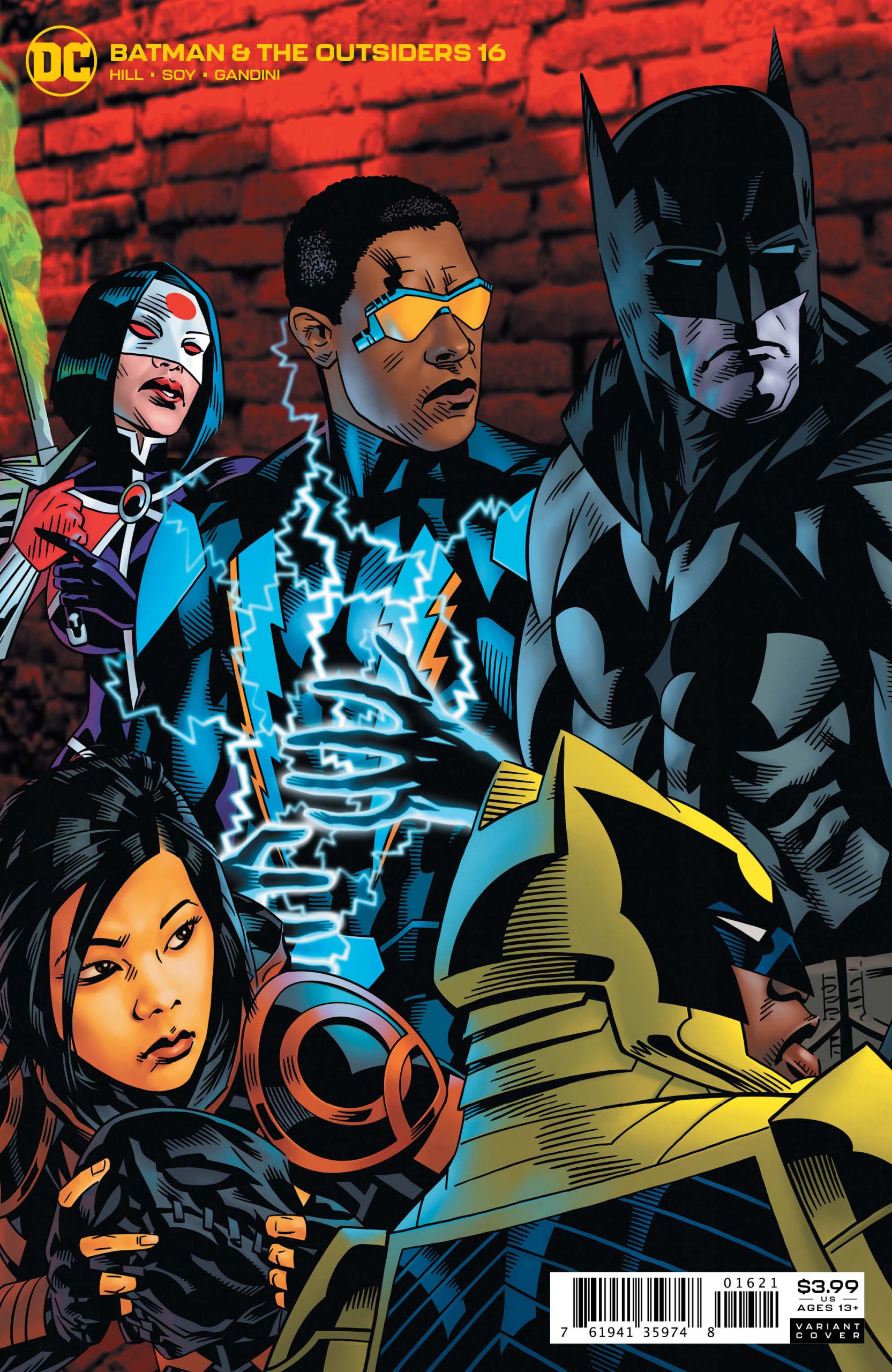 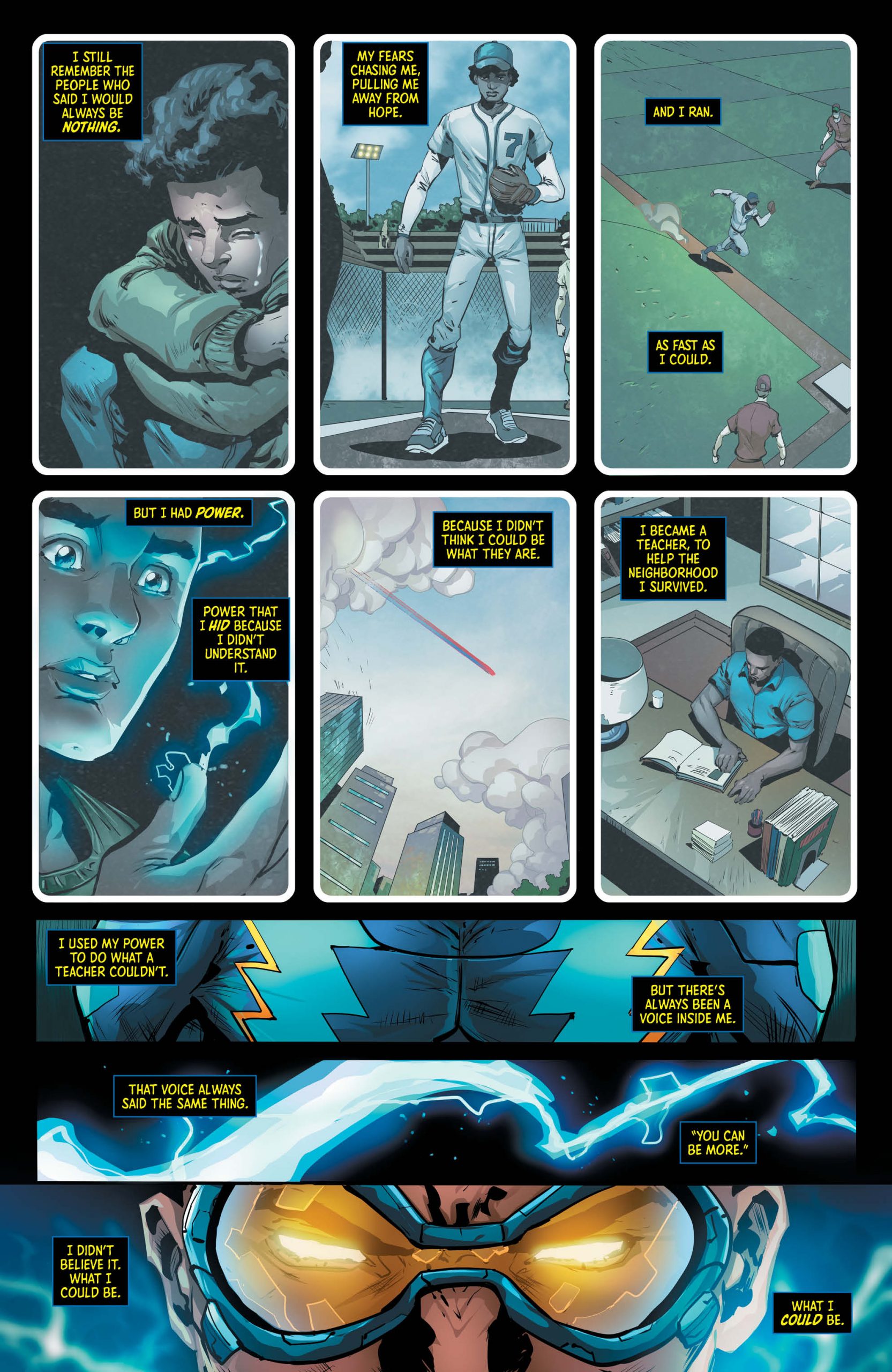 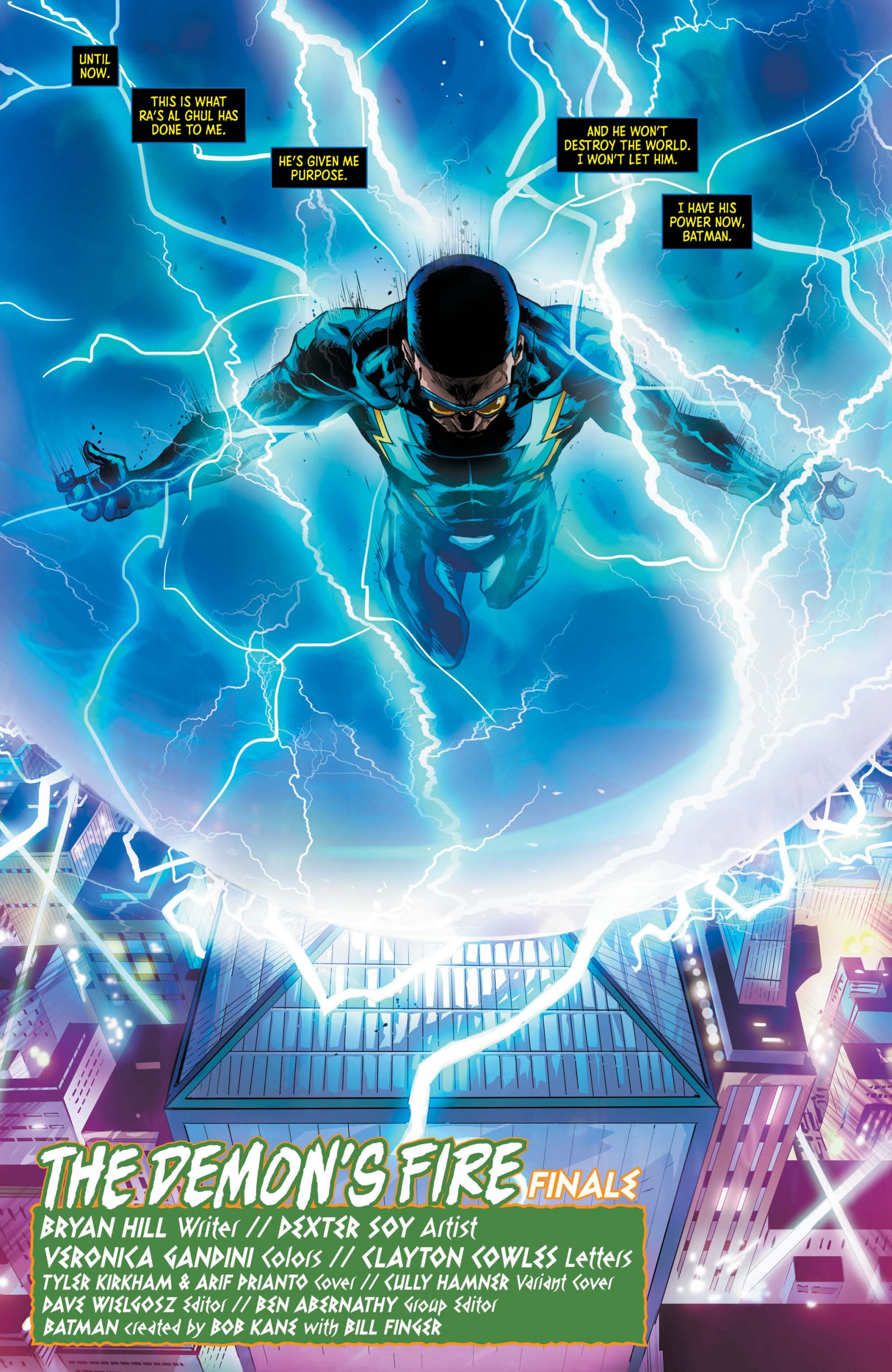 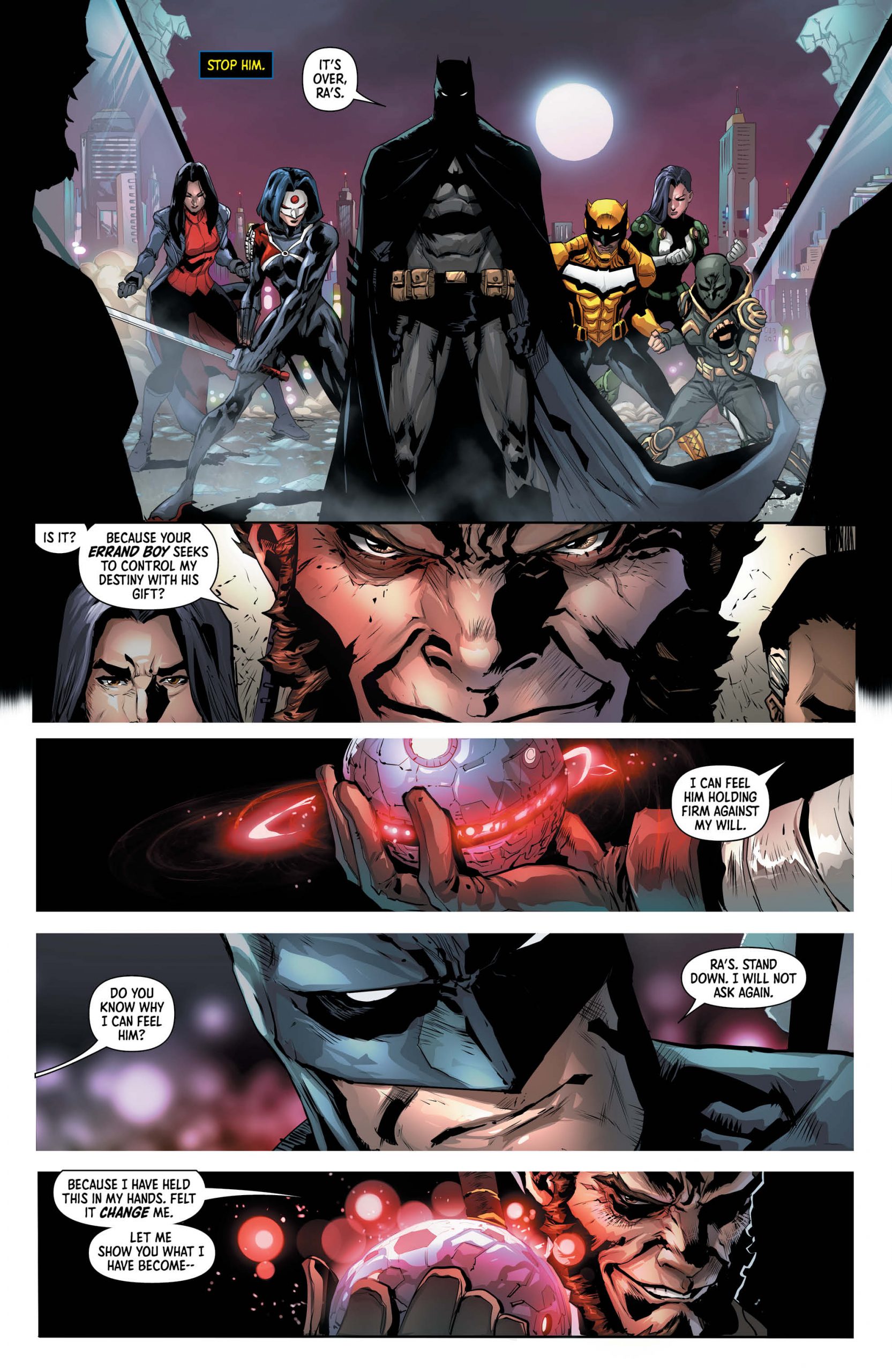 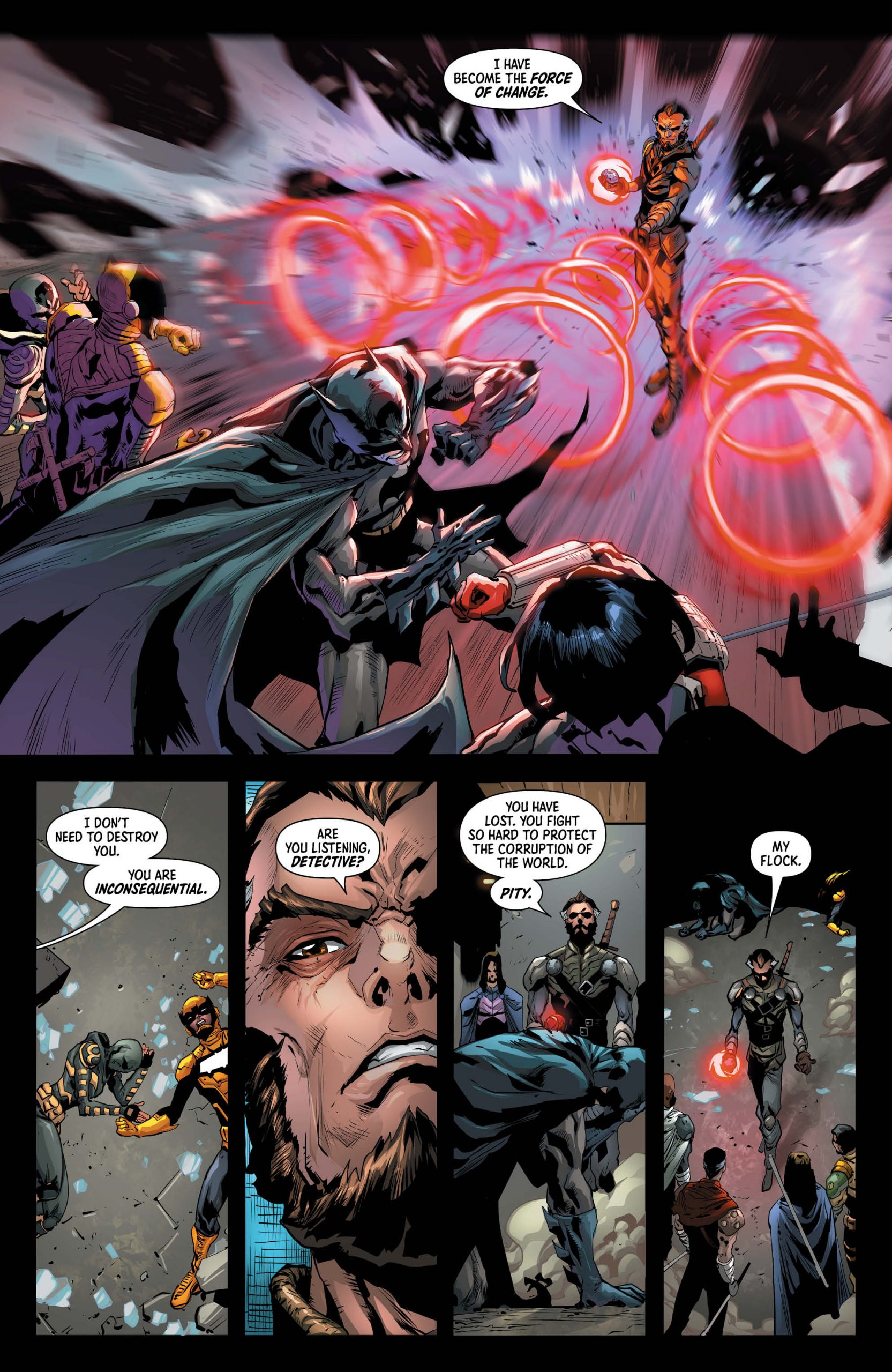 From The Outside Looking In

Once again, the art team of Dexter Soy and Veronica Gandini has absolutely blown me away… and when I say team, I mean team. From the very first issue, this DC Dynamic Duo has proven to have an almost symbiotic/telepathic working relationship. I honestly believe that these two artists compliment each other brilliantly, and they always have. Look at the four pages above and tell me of another line and color artist that work together as seamlessly as these two. The lighting, electricity, and the corona of power around Jefferson Pierce on pages one and two of this issue are absolutely fantastic.

I love the way that Veronica takes Dexter’s strong, high contrast lines, and uses her hues to produce natural looking skin-tones and shadow effects. I also really admire how much they clearly get a kick out of working together. This team frequently posts clean line art, side by side with finished pages, on their social media. I’m going to miss the look of this book just as much as I’ll miss the characters, and the dialogue.

Speaking of which, bat-letterer supreme Clayton Cowles is also on top form. I love his Black Lightning captions a ton.

Batman And The Outsiders #16 brings the war between Ra’s Al Ghul, his League of Assassins and the Dark Knight’s band of operatives to a close, but the door has been left for a conclusion which I feel will surpass even the great preceding issues, and annual. Will these amazing heroes remain a team? Does Batman have ongoing plans for them? Where do they go from here?

I’ve loved this series, will miss both it, and the wonderful creative talents behind it. Thankfully, there’s one more issue still to come, and I just know that it will bring a few surprises with it.

‘Generations: Shattered’ Will See The Return Of The Original 1939 Batman