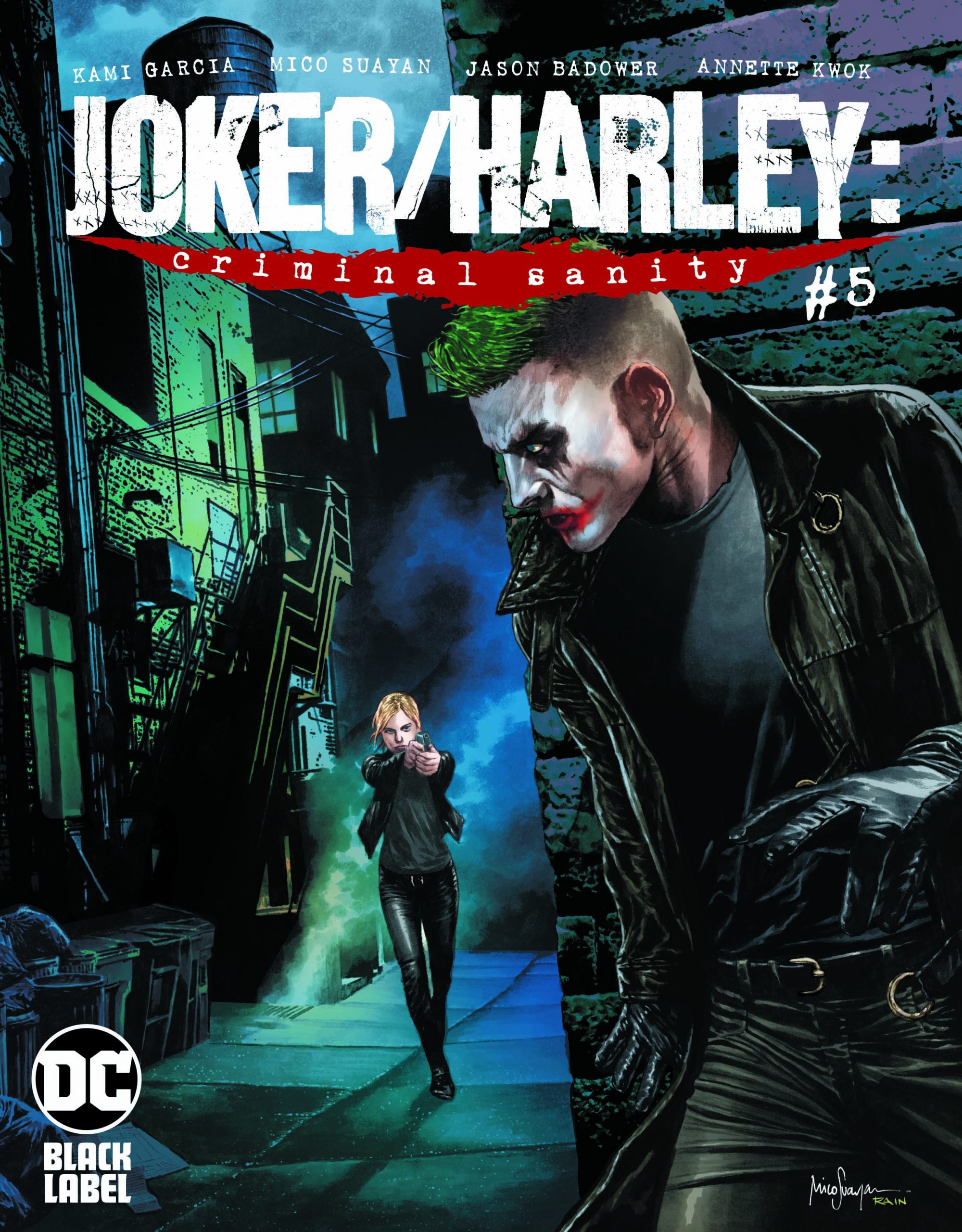 Joker/Harley: Criminal Sanity #5 is finally upon us, and boy was it worth the wait. We got such a massive cliffhanger at the end of Joker/Harley: Criminal Sanity #4, with Harley and The Joker finally meeting face to face. That was a horrible place for the story to be left off, even though we got the secret files between to satiate our palates. Now, the face to face we’ve waited for is here, and the time, ladies and gents, is now.

Face to the chest is more like it, as The Joker has control over the situation between himself and Harley Quinn. A meeting of the minds is happening but on this intellectual battleground does wrong and right play any part? The two are sizing each other up and seeing each other in a way that only a profiler and killer can. A simple exchange, a conversation. To see Harley is all The Joker wants.

Whether from pride or foolishness, Harley’s dead set on regaining control by herself. How to do so is a path she must find, because the hunt is still on and has no signs of slowing. Meanwhile, we get glimpses into The Joker’s origin story. How the mask fell away, leaving only his true self laid bare. Secrets are piling up, as is the body count. Can Harley get ahead of The Joker? Or is a ghost from the past clouding her vision? 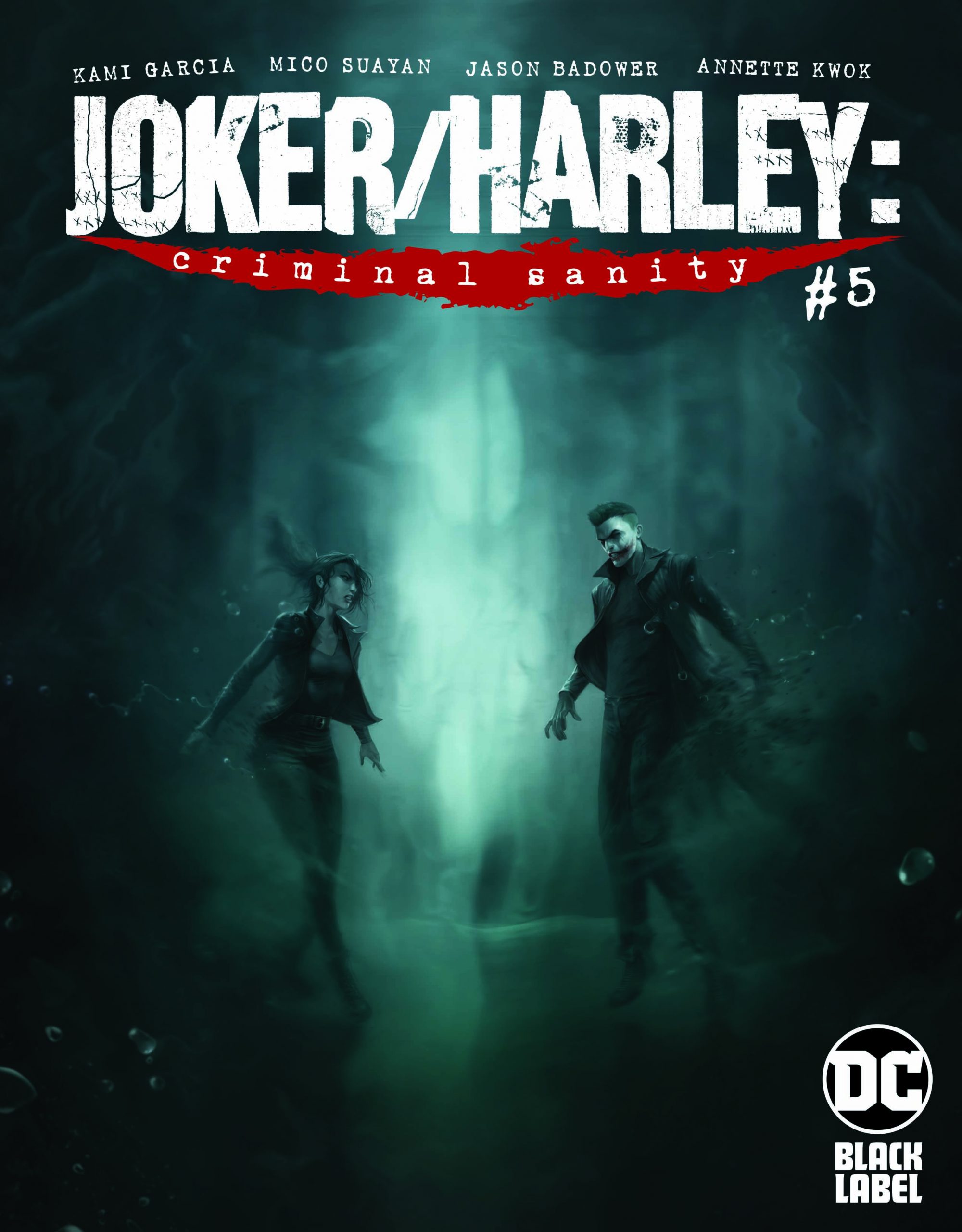 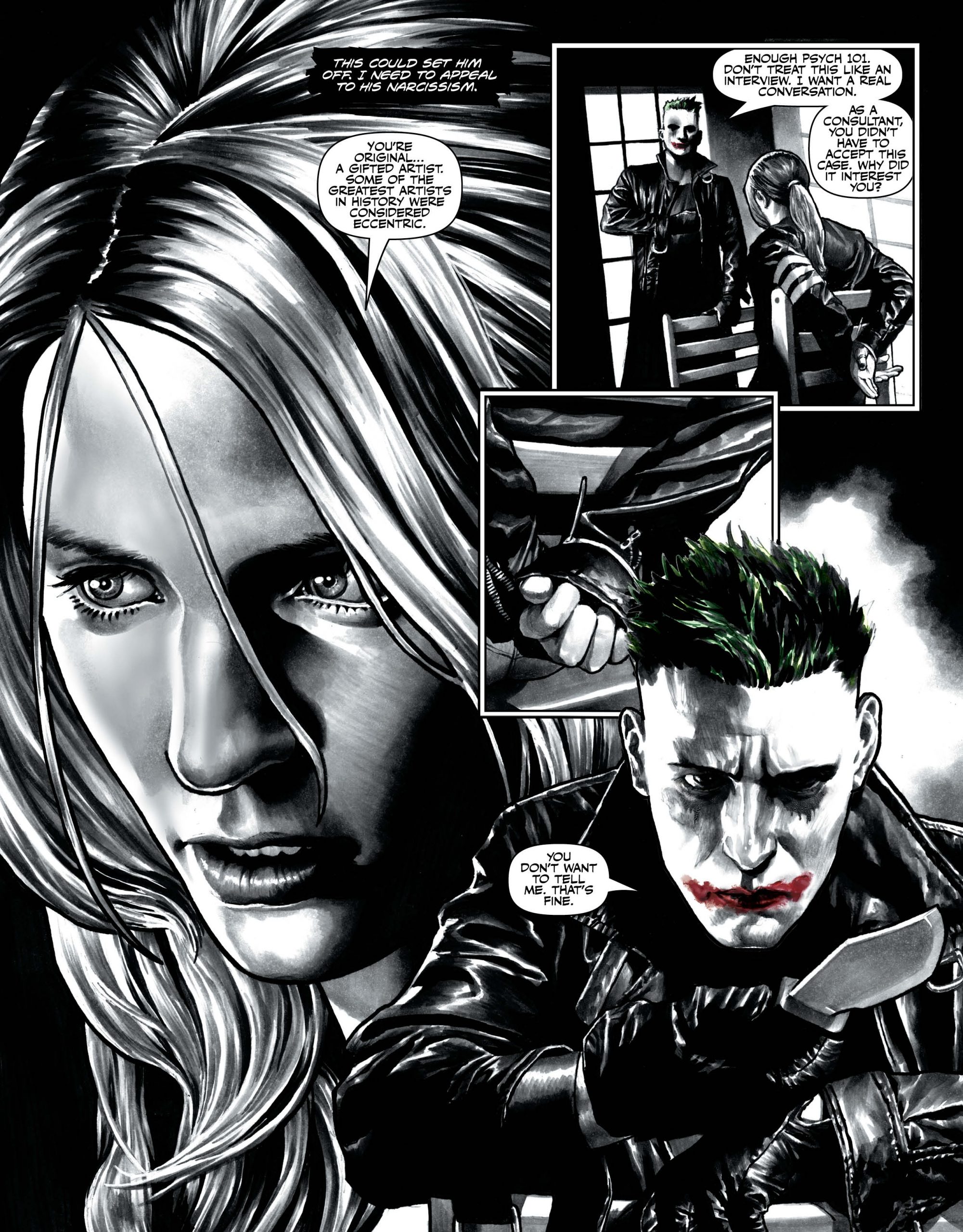 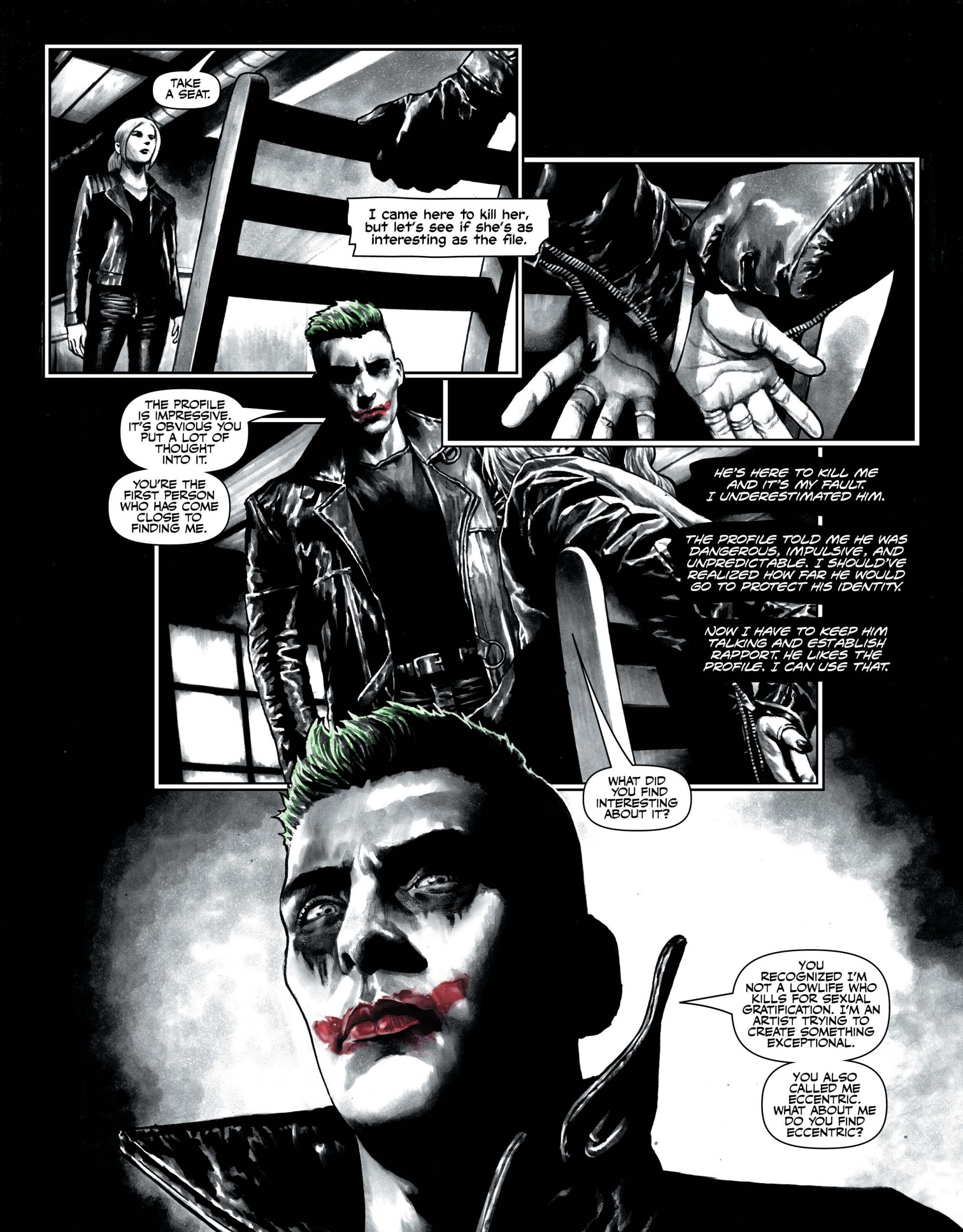 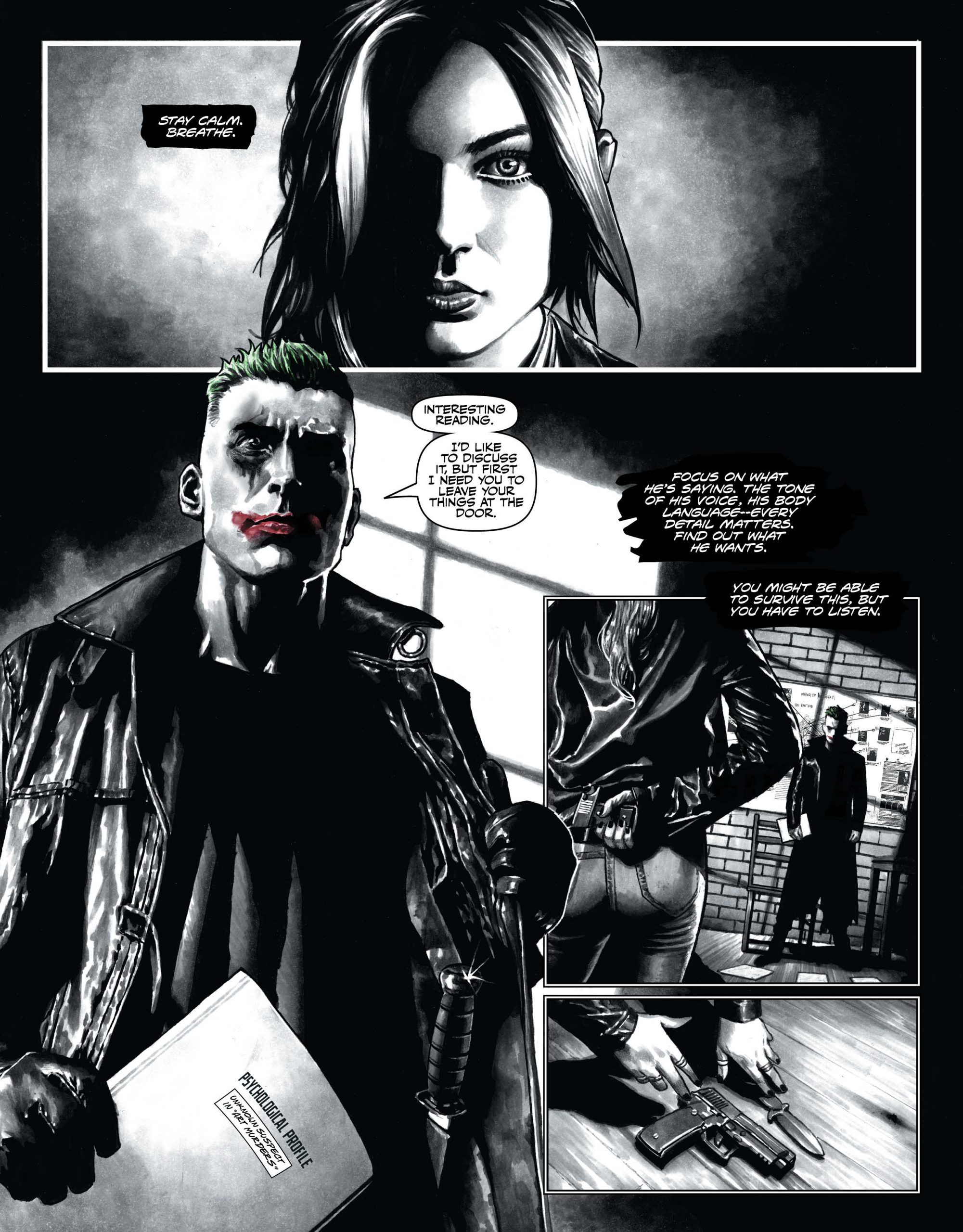 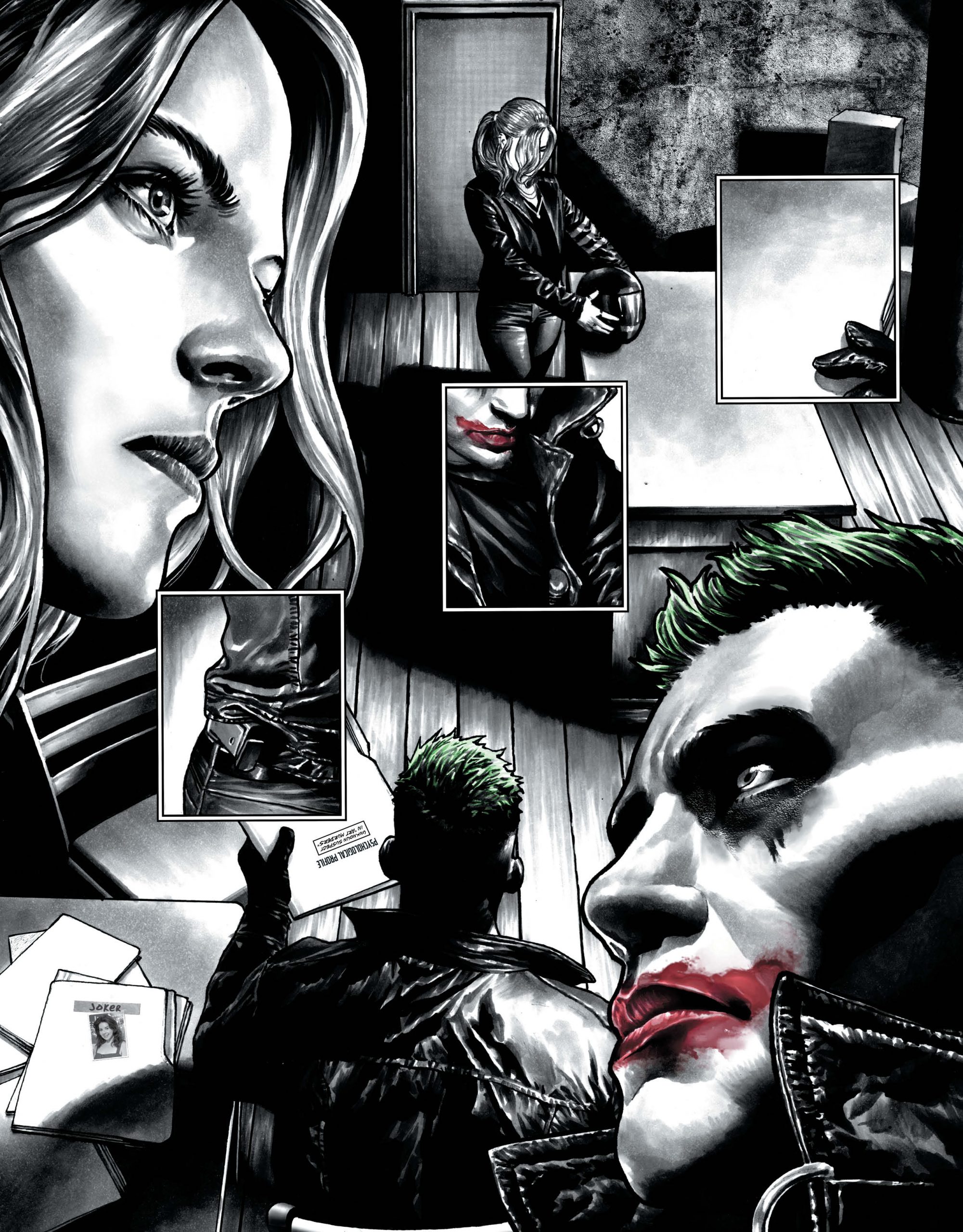 You’ll Be Buried With A Smile

Joker/Harley: Criminal Sanity #5 was well worth the wait in so many ways. The artwork is amped up and the emotions are felt vividly. Both Joker and Harley have faced major, life-altering moments in their pasts, and I promise that they’re moments that can’t be missed. Realizations and mystery go hand in hand in this issue, woven in by both the writer and art team.

Kami Garcia has written this twisted tale beautifully. Mico Suayan and Jason Badower have been dancing together with their art but it has never shone brighter than in Joker/Harley: Criminal Sanity #5, for me at least. That’s saying something, because there was art last issue that took my breath away. They really have outdone themselves. Annette Kwok provides so much dimension with her colors, but there’s a page that’s split apart in a genius way, that’s my favorite of anything I’ve seen in this series.

My hint to you is in the caption. Richard Starkings and Tyler Smith set up a mood with their lettering that’s so ominous and delicious.

Joker/Harley: Criminal Sanity #5 gives us another amazing layer to the chaos that we love so much. This team has not let fans down, and have only upped their game as time has gone on with each issue. They’ve shown their talents, not only in ways that enhance the story, but that are absolutely vital. I easily give this a 10 out of 10 and wish I could give it so much more.