We’re going to break with tradition for a moment. Typically, we talk about things mostly related to the world of Batman and DC Comics, here at Dark Knight News. However, we felt that it was essential to talk about the talent and work of Chadwick Boseman, the actor who brilliantly portrayed T’Challa/Black Panther in four Marvel Cinematic Universe films. Boseman passed away on August 28, 2020, after a private four-year battle with colon cancer. He was 43.

The Birth of a King

Chadwick Aaron Boseman was born in Anderson, South Carolina. He attended Howard University, a private, historically black university (HBCU) in Washington, DC. Boseman received his Bachelor of Fine Arts in directing in 2000. Phylicia Rashad was a teacher and mentor to Boseman, and both she, and actor Denzel Washington, helped raise funds to send him and his classmates to the Oxford Mid-Summer Program of the British American Drama Academy in London. He also attended the Digital Film Academy in New York City, and after graduating, he served as a drama instructor at the Schomburg Junior Scholars Program in Harlem. Boseman moved to Los Angeles in 2008 to pursue an acting career.

He earned his first on-screen role in 2003 in an episode of Third Watch. The same year, in the daytime soap opera All My Children, Boseman played Reggie Montgomery. According to the actor, the producers fired him after raising concerns to about ethnic stereotypes in the storyline. The part was later recast. Boseman’s future Black Panther co-star Michael B. Jordan accepted the role. He would later continue to earn roles in series like Law & Order, CSI: NY, and ER.

Boseman was also a playwright, and he penned the work Deep Azure, which was performed at the Congo Square Theatre Company in Chicago. It was nominated for a 2006 Joseph Jefferson Award for best new work. In 2008, he played a supporting role in the Lincoln Heights TV series. He then appeared in his first major motion picture, The Express: The Ernie Davis Story. In 2010, he played a regular role in another television series, Persons Unknown. 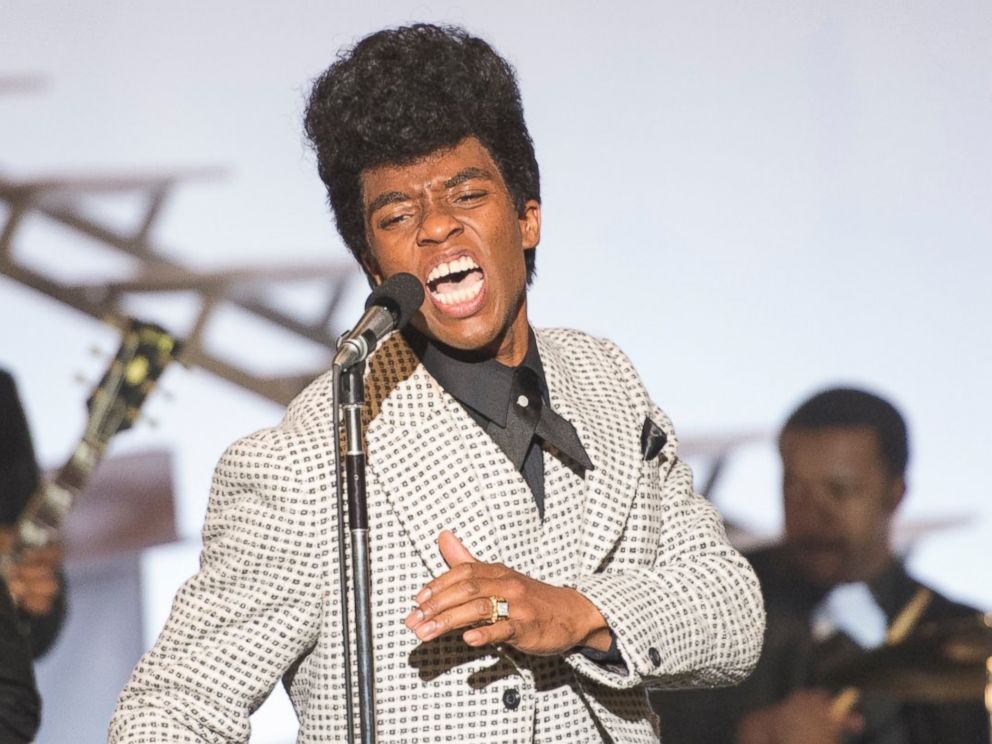 Chadwick Boseman as James Brown in the biopic “Get on Up.’

In 2013, Boseman starred as legendary baseball player Jackie Robinson in the film 42. He almost considered giving up acting before being cast, but director Brian Helgeland applauded Boseman for his tenacity having auditioned for Robinson’s role twice. Boseman would next play in NFL prospect opposite Kevin Costner in the movie Draft Day, before taking on another real-life character portraying James Brown in the biopic Get on Up.

In 2014, Marvel Studios announced that they would bring Black Panther to the silver screen; first, in Captain America: Civil War, then later as the title character in his own feature film. Boseman played T’Challa / Black Panther in both movies, and later reprised the role in both Avengers: Infinity War, and Avengers: Endgame.

What ‘Black Panther’ Meant to Me

As a Blerd (Black Nerd) and a lifelong comic book fan, I was beyond excited to see Ryan Coogler’s vision of Wakanda on the big screen. Even with the splendor and majesty of the fictional African country, the superb cast led by Chadwick Boseman is what really sold the film for me. It’s still one of my favorite superhero movies, and Marvel Cinematic Universe films. From Boseman’s first scene in Captain America: Civil War, he conveyed a royal presence, and was about his people’s welfare first.

In 2018, I took my family to see Black Panther. The theater was packed with African-Americans, and it was beautiful. It reminded me of the movie Coming To America, starring Eddie Murphy, particularly when Prince Jaffe meets his betrothed partner for the first time. I felt under-dressed as my sons and I sported Kente accented t-shirts, that my wife had purchased for us a few days before. Still, we stayed for the entire film, and participated in the standing ovation at the end credits. We went back to the theater a few weeks later to hear the lines that we missed for people talking.

The Strength of a Real-Life Super Hero

This morning I was lying in bed and yelled out, “Oh no!” My wife asked what was wrong. I told her that I received a news alert reporting the death of Chadwick Boseman. The news that he’d been privately fighting a battle with colon cancer for four years shocked me. This meant that he’d filmed Black Panther while undergoing treatment.

From interviews, it seemed like he was proud to bring T’Challa to life for fans. Anytime someone noticed him, they would give Boseman the Wakandan salute of crossed arms with fists closed. I have the pleasure of working at an all-male school, predominantly of African-Americans – The W.E.B. DuBois Academy. Our curriculum is Afrocentric, and we affectionately refer to it as Wakanda. Although T’Challa is a fictional character, the passing of Chadwick Boseman feels like losing a family member. Our thoughts and prayers are with his wife and family. We thank you for sharing your king with the world.